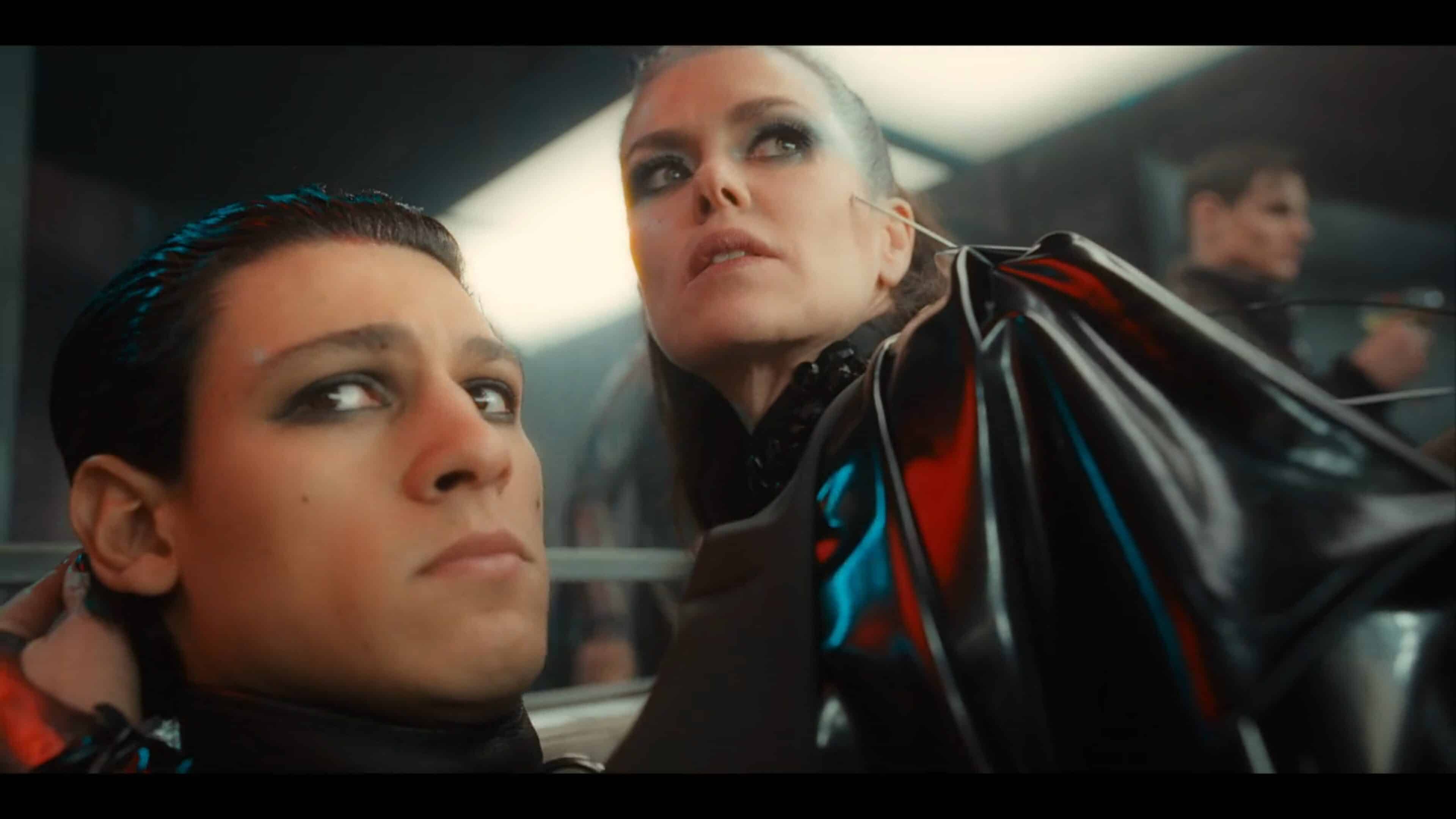 As David finds himself punished for his audacity, Kiano finds himself rewarded. Also, Elja learns his alliance with Moses may do him more harm than good.

Who In Their Right Mind Trusts A Con-Man? – Amena, Moses, Elja, Bracker

With Crows encroaching on Amena’s place, there is little time for Elja to explain his connection to the cube, and the main focus is getting a fusion component so that it might work once again. Thus, they head south to meet a man named Bracker, who is a connoisseur of old-world tech. You could even say, like Elja’s mother Chloe, Bracker is obsessed with Black December and the events leading up to it.

So, of course, upon the discovery that Moses and Elja hold an Atlantian cube, there is no trading or negotiation to get it working, Bracker just snatches it and dismisses Moses and Elja. Leaving you to wonder if Amena’s sacrifice, to make sure they could escape crows, was worth it?

Too Bold For His Own Good – David, Liv

While David is the commander of a base, it doesn’t mean trying to take out a major Crow factory and cripple their economy is within his power. Hence one of his soldiers being a snitch for headquarters.  Thus, David gets told on, leading to his father, a high-ranking officer, showing up and effectively shutting down David’s plans to invade Brahtok. Oh! And on top of the invasion being shut down, David is going to be tried for high treason since it is considered warmongering what he planned to do.

Thus leaving Liv, who just recently became an official member of the Crimson Republic, once more, without backing to save her family.

With Kiano snitching on one of Lord Varvara’s guards, he finds himself promoted while the guard kills themselves and Kiano’s former peers are hung with a wire. Now, what is this promotion? Well, to Lord Varvara’s Hakkar and him becoming a Lubovnik. What does that mean? Well, that Kiano is one of Lord Varvara’s favored slaves who dine with her, accompany her on outings, and possibly have sex with her too.

As for Jakob? Well, he has become Kapitan’s whipping boy, and it seems he’ll stay that way for quite some time. Though, if Lord Varvara becomes a Highlord, maybe she could do something about that?

I think the main reason we like Bracker is that he is the first Black person with notable power we’ve met. That and have you seen this man’s style? It looks straight from the disco era, and honestly, the fro just takes it to the next level. Now, are we happy that he is taking advantage of Elja and Moses? No. But let’s not discount how many people Moses has screwed over, and this situation basically being karma biting him in the ass.

Maybe what we didn’t get with Grieta and Liv we might get with Varvara and Kiano? That is a very complicated relationship that blossoms into something a bit twisted yet advantageous to both sides. For while the power dynamics have led to Kiano being raped, the show seems more than willing to downplay it happening.

We won’t because Kiano was forced to have sex and had a literal knife to his throat while in the act. But, you know, maybe Kiano may find a way to save his family? Well, at least his father. Thus making this bad situation, where he is a sex slave, into one he can find some prominence?

What’s Liv and Elja To Do Now?

Both Liv and Elja experiences a setback that isn’t easy to come back from. They lost the one thing which gave them leverage and now have very little. With Elja, he has Moses, but his relationship with Moses was based on the value of the cube, and with the cube gone, does this mean Moses will drop him like he did Amena, and who knows how many others? 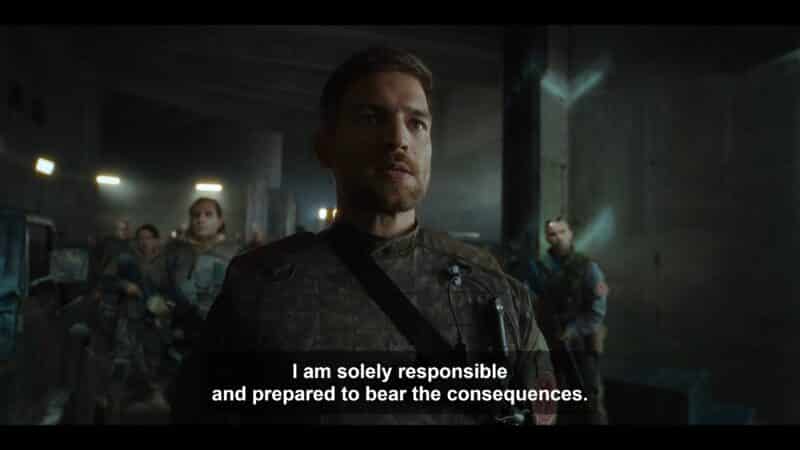 Then with Liv, David was her ally and the one who advocated for rescuing her family the most. So with him about to be tried in a military court and his mission effectively canceled, how screwed is she? Especially considering she is now a soldier expected to follow orders and clearly, her being a crimson was a ends to a means and not a true commitment to their ideals.

As Kiano moves on up, we watch as Liv and Elja lose what little leverage they have. Thus forcing you to take note that, maybe, the reason there was a disconnect was because things were going a little too well. So with two experiencing setbacks, now they are firmly underdogs, and that pushes you to get invested.