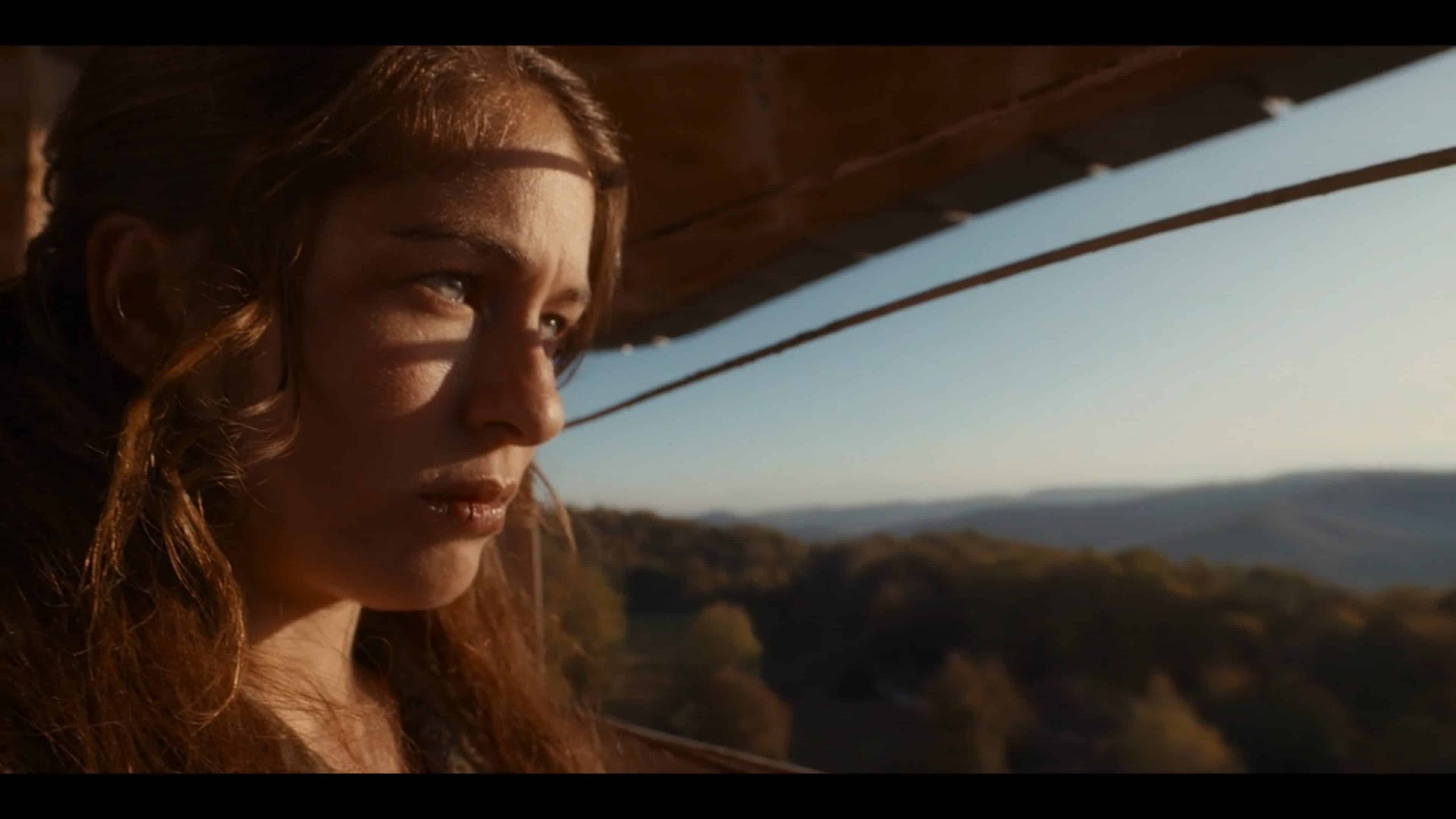 In episode 2, we meet the people trying to create a new EU, see inside the Crow’s home country, and learn more about Europa’s tribes.

In what was once Berlin, there is now Brahtok – the Crows’ capital and where Jakob and Kiano are taken to be slaved. To do what? Well, to make Wolk. Now, what is Wolk? Who knows? All that is clear is that slaves don’t live long lives manufacturing it due to the poisonous fumes it gives off, so Kiano’s days are numbered. As for Jakob? Well, Varvara is taking him to see Kapitan.

Not A Boy, But Barely A Man – Moses, Elja

A little less than a day after becoming a man, in his tribe’s eyes, Elja finds himself tasked to protect a cube that could change the course of the world. Also, in less than a day, a man named Moses tricks the kid, takes his cube, and leaves him to be enslaved by Crows.

Well, almost. Originally, that was what Moses was going to do, but then he felt a bit guilty and decided to go back for Elja and make a deal with him. Said deal? Well, rather than Moses sell the cube on his own, he’ll sell it with Elja once the cube is fixed. Signaling that, Moses probably realized he needs Elja for the cube to work, and without him, the cube is not going to be worth much.

A Deal With The Devil – David, Liv, Grieta

After Liv’s awakening and seeing what is left of her people, she finds herself facing off with Grieta, the Crow she fought before, and just as she might get answers or revenge, members of the Crimson come about and knock her out. Thus, she ends up transported by Crimson Commander David Voss to Fort Ahrenberg, named after the Crimson’s founder.

There they are all too happy to finally have a Bozie, the name of the Crows warriors, for they kill themselves when they are captured or defeated. However, with Grieta not revealing any information to the Crimson Republic members, Liv asks to speak with her and makes some headway. How so? Well, in trying to win over Grieta under the idea Liv would betray the Crimson in order to save her family and tribe. This performance is believable to Grieta, so Liv is hoping David will play along, so everyone gets what they want. Liv will get her family, and the Crimson will finally know how to infiltrate the heavily fortified Brahtok.

From learning about the Femen tribe, as well as Newlanders and Black Skulls, to understanding the goals of the Crimson Republic, like episode 1, there is a stronger focus on building the world of Europa than getting you to invest in the characters. Heck, just with seeing what used to be Berlin and learning how crows planted mines and have snipers all about to protect themselves, it really pushes the idea it wants you as aware of who is who as if you lived in this world.

Why The Lack Of Interest In Our Leads

But, there remains that nagging issue of not really having a single character who is pushed to be a hook. Granted, we have strong female characters, attractive male characters, deviants like Moses, and more! However, none of them feel like kings or queens in this increasingly expanding world, but pawns. And increasingly, it seems these characters will be more so a medium to see an expansive world than people whose stories we should be invested in. For their stories is just the means to an end to see what a lot of the budget was spent on.