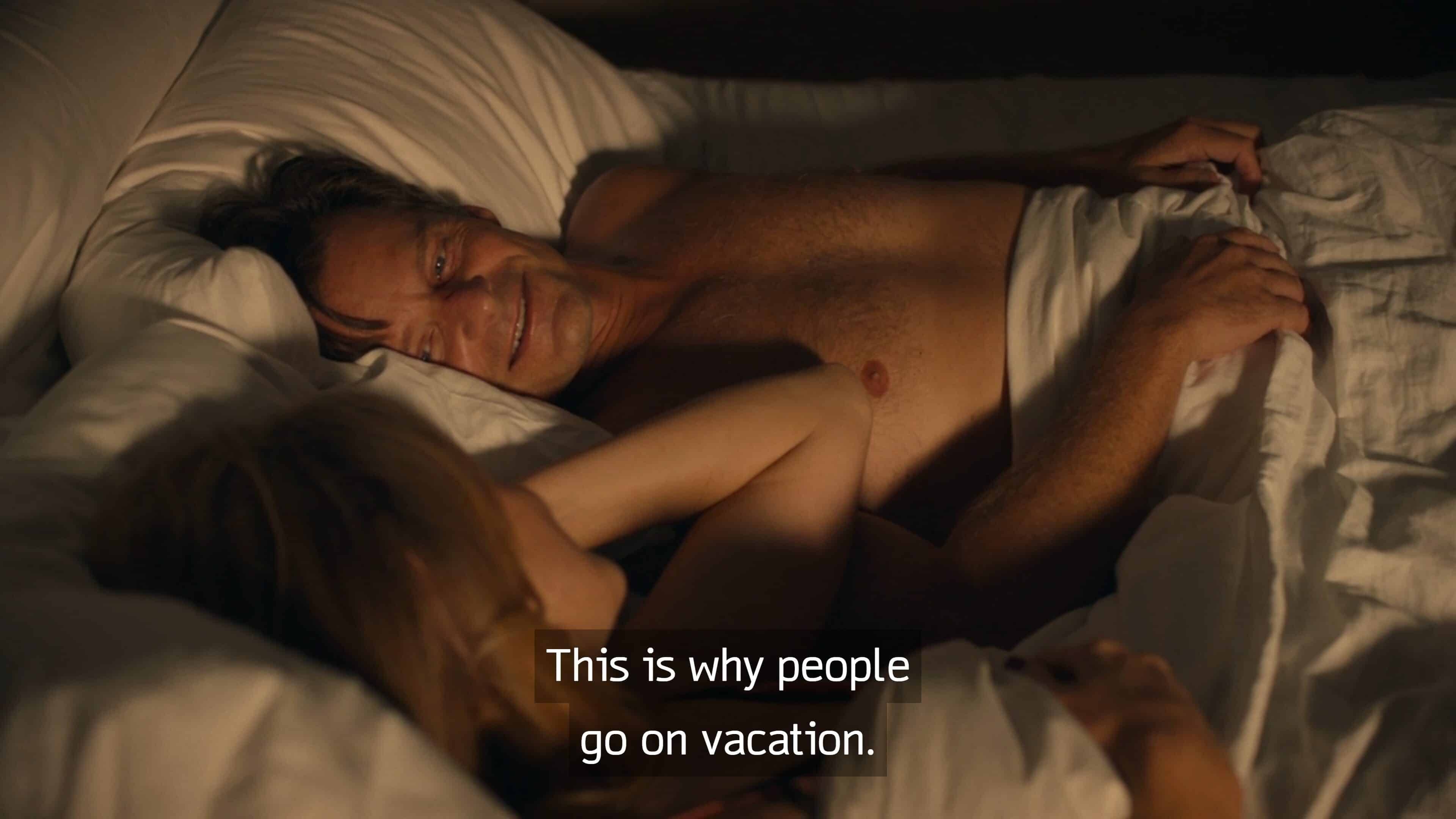 Mark: This is why people go on vacation

So who died? Is Olivia going to snitch, will Belinda get her happy ending, and will Armond finally get to have sex with Dillon? Come find out.

Unfortunately for Belinda, with Greg in it for the long term, it appears to mean she doesn’t need her anymore. So that business, all the time Belinda invested? She gets a return in a wad of money, but not the investment she truly wanted. Though, if it helps, Greg presents the idea he is sick, and his disease is terminal, so Tanya will likely end up right back where she did. 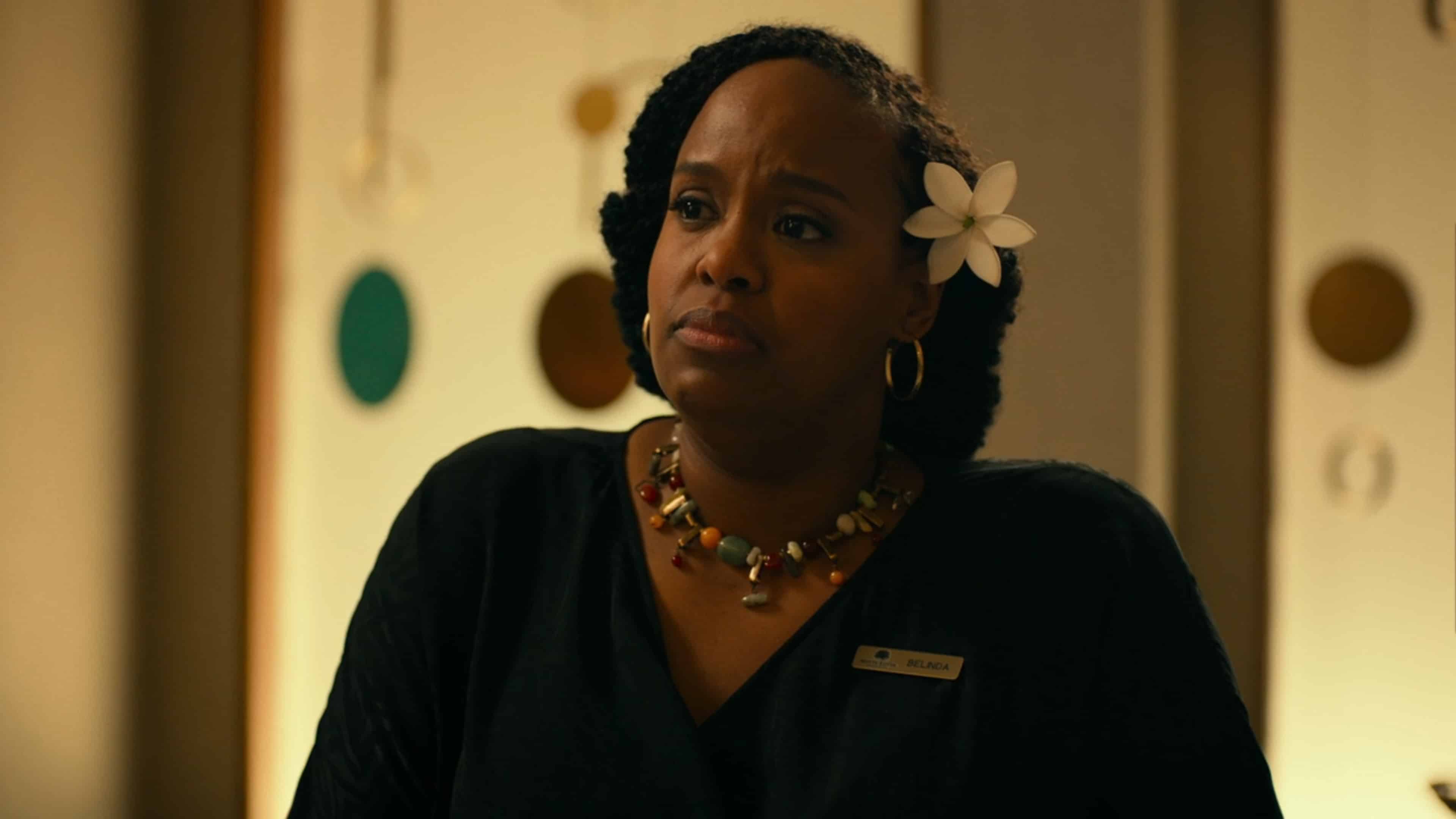 Switching to Quinn, at this point, the 16-year-old feels he has found a better life in Hawaii than Mark or Nicole set up for him. Because of this, he wants to stay with his new friends, but Nicole and Mark say no. Mark gives an especially hard no but considering Quinn has spent half the vacation sleeping outside, are they saying no out of obligation or because they genuinely care?

With Shane hearing about the robbery, that ends up being the final straw since Armand and the hotel didn’t say anything. Also, it is the nail in the coffin for Armand’s career as well. For once that got up the chain, it seems being fired was a given with only 24 hours notice. But before Armand goes off the deep end, he reveals to the Mossbacher family their jewelry has been recovered, and the thief found. But of particular interest to Olivia is the who, and once she learns it is Kai? Oh, it leads to a conversation between her and Paula.

But, she isn’t alone in having a heart-to-heart. Rachel and Shane do, and Rachel pretty much lays out that she isn’t happy and all but says she wants a divorce. Which, of course, Shane’s ego can’t process, so he thinks this is all a lapse in judgement, that is Rachel having a moment and seems to write it off. 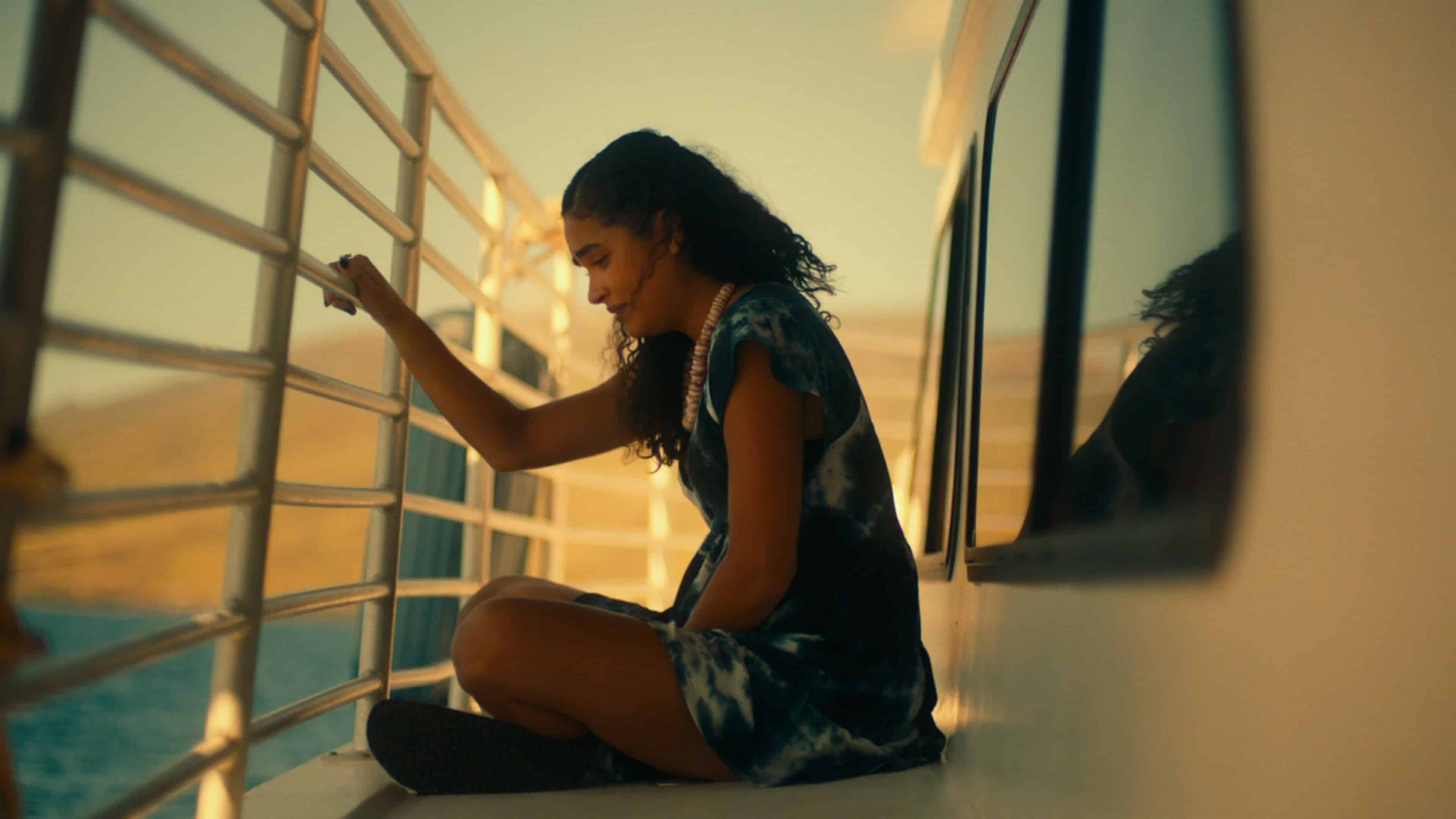 Olivia doesn’t have the same ability to just never mind what Paula says to her. For with Paula seemingly caring more about Kai than what could have happened to Olivia’s family, she is disturbed. Add in, despite what she has said, read, and learned, Paula still sees her as one of them and even paints the idea that Olivia is friends with her for some kind of cred; it’s like death by a thousand cuts. I mean, yes, Olivia is imperfect, but she is trying at the very least, and you could even say that all she has done is because she loves Paula more than Paula knows or can perceive.

In the end, the only ones who get a happy ending are those we’d least expect to. Nicole and Mark, after his bravery, are in a better place in their marriage. Tanya, she, and Greg seemingly will be together for as long as he has left, and that is where the joy ends.

When it comes to Belinda, yes, she was given a wad of money, but it doesn’t seem enough to fulfill her dream. Shane and Rachel? Rachel seems to still want changes, but whether or not it will be done through a divorce is hard to say as she is seemingly in crisis mode. The reason? Well, when she started dating Shane, she got out of a bad breakup, and him pulling up like a knight in shining armor allowed her to avoid the trauma she needed to heal. But with the façade faded, now she isn’t sure if it is him, her, or what is going on. Either way, it buys Shane some time to maybe save the marriage. One that seemingly won’t be affected by Shane murdering Armand. Yes, Armand is the one who was in that human remains box from the first episode, and he died after going into Shane’s room to drop a turd in Shane’s suitcase. Mind you, he didn’t die due to defecating but because Shane didn’t know who was in his room and stabbed Armand thinking he was the mystery burglar.

As for the others? Well, Paula has no contact with Kai, and as long as Olivia keeps her mouth shut, it seems she’ll put this all behind her. Then, in terms of Quinn, he makes a run for it and seemingly will stay behind in Hawaii as he desired. So maybe there was an additional happy ending?

Well, I guess it’s not stealing when you think everything is yours.
— Paula

Rachel and Paula Telling Off Their Financers

It takes a certain amount of strength to tell someone who finances your escapes from your life about themselves. When it comes to Rachel, while she does have beauty, which is treated as a currency, she also has a middling career and no notable monetary wealth. With that in mind, you understand why Kitty and Shane push the idea that Rachel is so lucky. But what is luck if it means being with someone like Shane who thinks they are the trophy and you the mantlepiece which should hold them up?

So her telling off Shane, calling him a man-baby with the women in his life just appendages, that was a major thing. After all, who has talked to Shane that way in his life? Who has forced him to reflect and had something over him that could lead him to possibly change? Most of the people in his universe, as Rachel said, either enable him or want something from him. So for the one person he wants to talk to him like this? Maybe she could inspire change in general, or at least in their relationship? Then with Paula, I truly feel like Olivia loves Paula and tried to change herself for her. I’d even say when it comes to Olivia chasing after whoever, like Paula, it was about marking her territory and possessiveness. Hence why, despite Paula potentially getting her parents in mortal danger, Olivia says nothing and even embraces Paula after their conversation. I’d even submit, perhaps all the mean and cruel things Olivia said to Quinn; that is what Olivia feels. For while Quinn can go out there and make friends with people who don’t know a thing about him, Olivia can’t do the same. So she needs Paula desperately for the alternative is probably evolving into Tanya.

Tanya Coming To Her Senses About How She Uses Money

The only bad thing about Tanya realizing how toxic her patterns are is that it was before Belinda could benefit. Now, is this to say we shouldn’t recognize Belinda was going to use a mentally ill, and vulnerable woman to her benefit? No. However, out of all the characters we meet on this show, Belinda’s level of sin is probably the lowest. 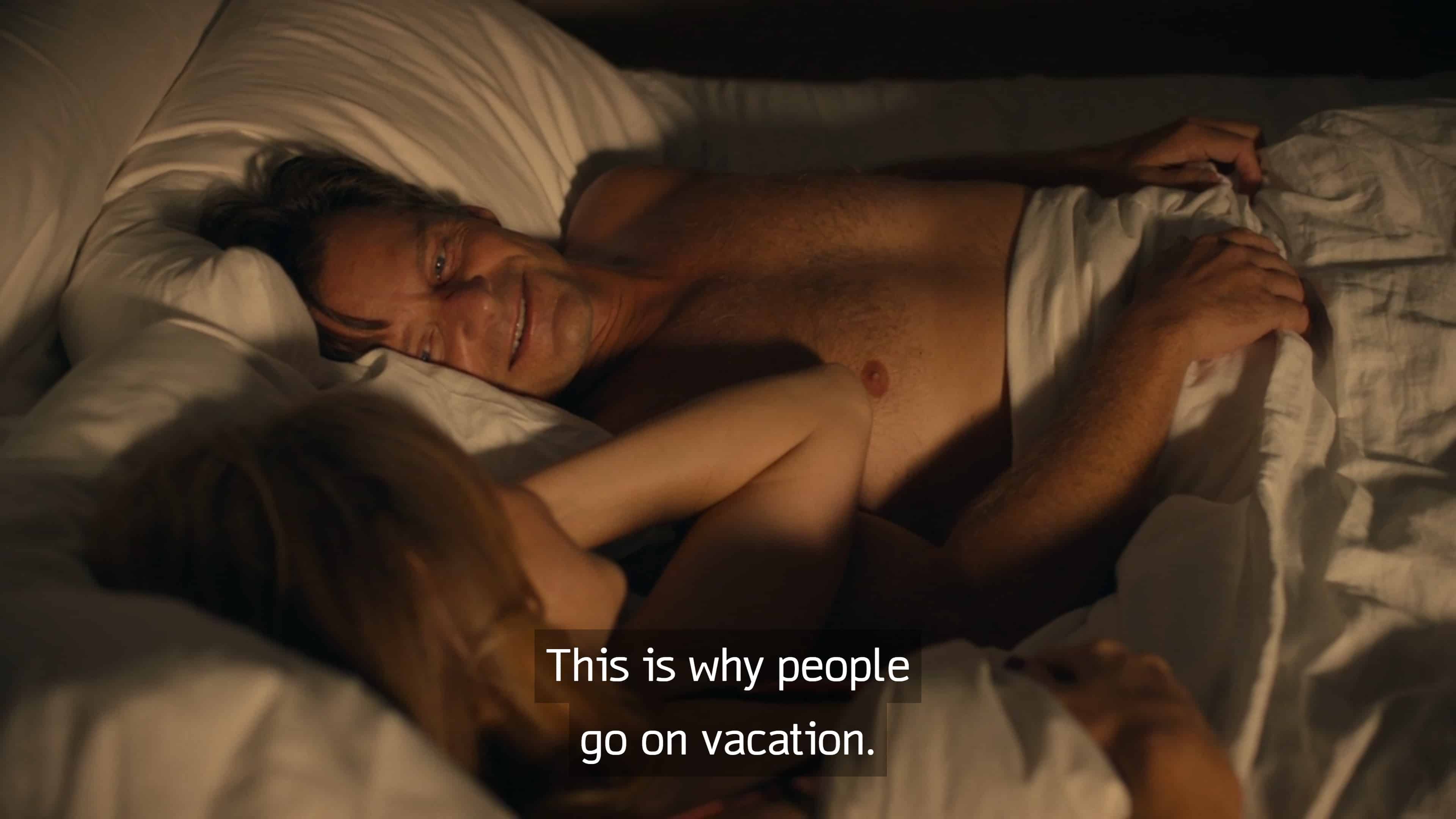 The White Lotus: Season 1/ Episode 6 [Finale] – Recap/ Review (with Spoilers)
Trajectory: Plateau
With a second season that will be at a new location and with different characters, there is a need to ask what Mike White has learned from the first season and the feedback given? Now, considering without it, beyond HBO's execs surely giving notes, this show did become less of a pain to watch, maybe there is little need to worry? However, taking note it was a satire about the rich and privileged while barely focusing on any who don't hold privilege, there is still room for growth.
Highlights
Rachel and Paula Telling Off Their Financers
Disputable
Tanya Coming To Her Senses About How She Uses Money
Armand Dying
80
Subscribe to our mailing list Follow Wherever I Look on Twitter and Instagram, Like us on Facebook, and Subscribe to the YouTube Channel.