Paula and Tanya decide to play a more active role in their circumstances, leading to very different results.

Often, It’s About Being Wanted Despite Who You Are – Quinn, Belinda, Tanya, Greg

While there is a certain level of obligation and people being forced, it isn’t like that with the local canoe guys when it comes to many hanging out with Quinn. They engage him, ask him to hang out, even when he doesn’t really have much, if anything, to offer them. Which, since his friend from back home left, seems rather nice. 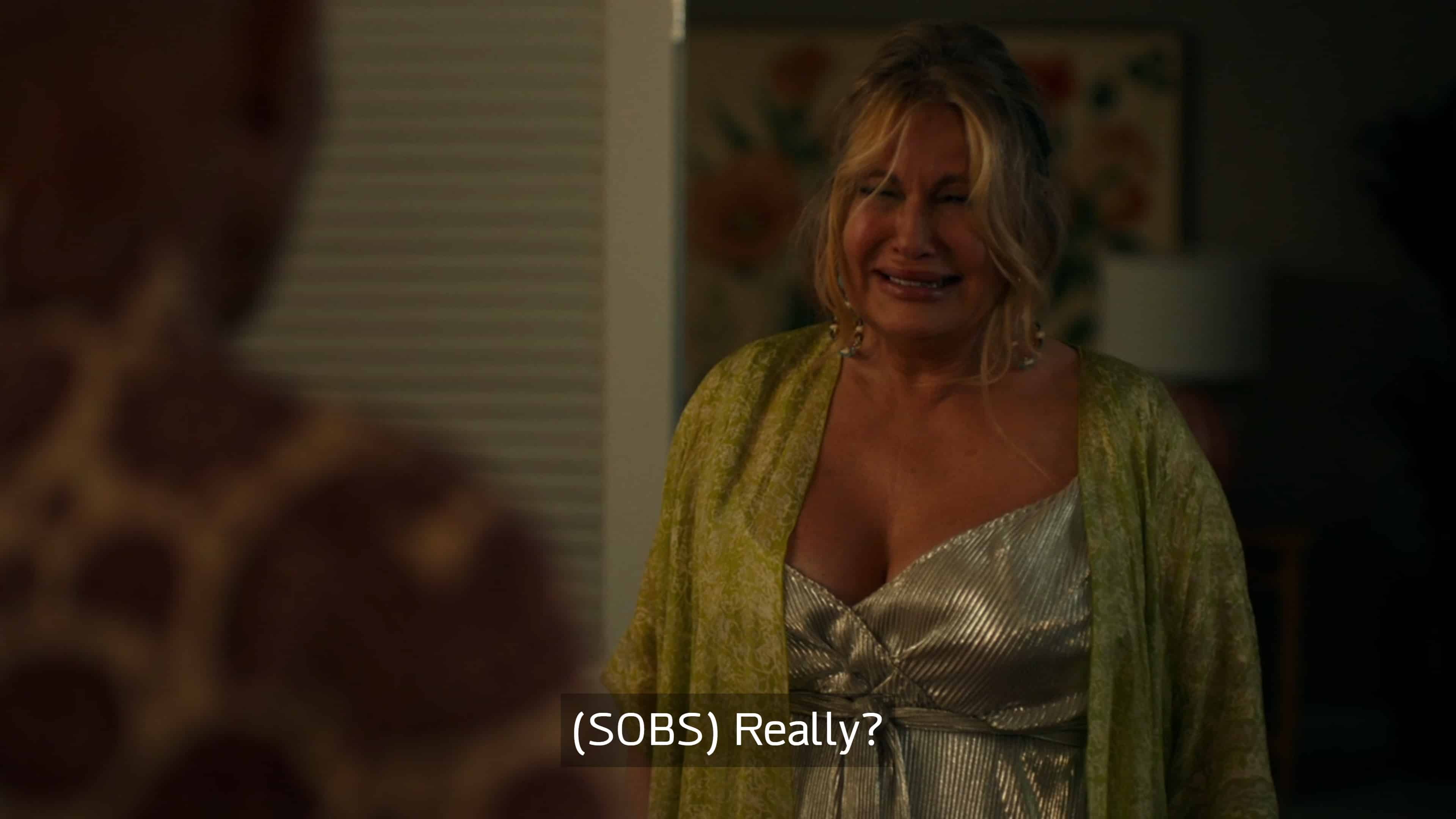 And perhaps, like Tanya, Quinn is at the point in life where he doesn’t necessarily want to pretend to be something he is not anymore. As Tanya tells Belinda, there are layers to her, like an onion, and she is tired of testing to see how many layers to the core she can go before she ultimately scares someone off. So when things get a little too good with Greg, she decides to rip off all her layers and expose the insecure person she is.

Now, does this lead to Greg saying he loves all of her or accepts her? No. All he says is that her crazy doesn’t make him any less want to have sex. Which for Tanya? That seems good enough.

With Paula knowing how much Nicole keeps in her safe, she crafts a plan to use Olivia to learn the password and have Kai use his master key, taken from a maid, to steal Nicole’s jewels. At first, this plan doesn’t sit well with Kai, but he is later convinced to play along and decides to attempt to steal from Nicole.

As this happens, Armand is trying to make sure his life doesn’t implode. He is dealing with Dylan, who now has a puff to his chest, and Shane, who has something on Armand, which leaves Armand a bit on edge. However, Armand should be the last thing on Shane’s mind since, increasingly, Rachel is unhappy, and it seems neither Shane nor Kitty are helping her feel better. 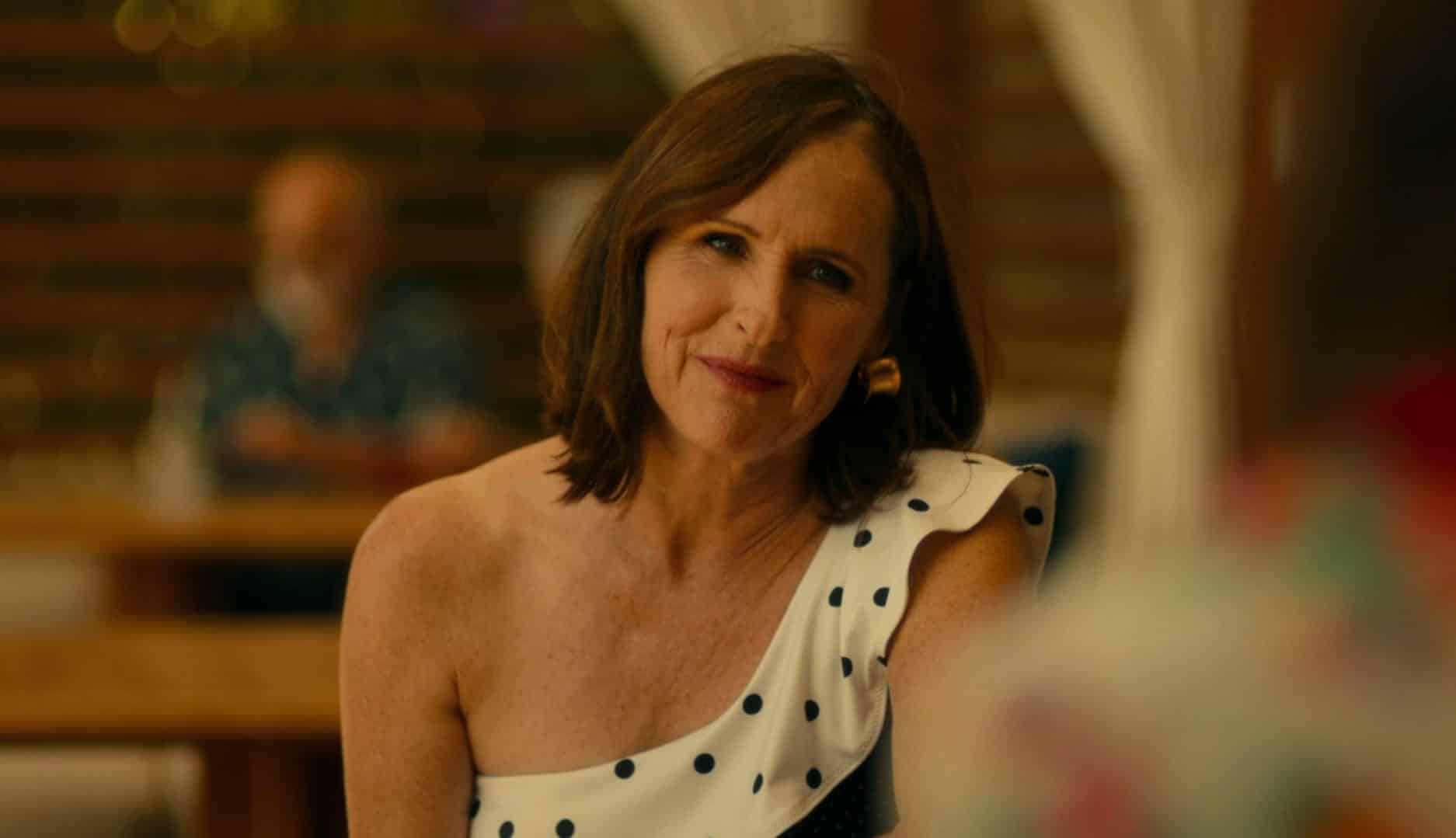 Hell, Kitty is probably making it worse, for she makes it seem the main thing Rachel has is her beauty, having friends, and superficial things that don’t make her stand out. At least beyond Kitty’s main thing, which is that Rachel makes Shane happy. As for caring about Rachel’s happiness? That isn’t on Kitty’s mind at all as Rachel appears to just be an accessory or born to make her precious little Shane happy.

Let me provide some background on the whole Kai robbing Nicole thing. The plan was that while Nicole, Mark, Olivia, Paula, and Quinn were out on the water, that is when Kai would sneak in and take Nicole’s most precious jewelry. However, after her getting into multiple fights with Mark about the kids knowing about their marital problems and him trying to present the idea, it is all because he is trying to be real and respected for his honesty, she has enough. Add in Olivia taking a dig, and it makes her feel as isolated and alone as Tanya often seems. Hence her going to the hotel room, with Mark following to make amends. This is bad news for Kai since Nicole sees him stealing, but he gets a handle of the situation when it comes to her. However, when Mark comes in, Mark tackles him, and while Mark doesn’t leave a mark, he does further complicate the situation. So after a few proper hits to keep Mark on the ground, Kai books it, and this has some unintended consequences.

Mind you, the only negative one might be Paula’s guilt, paired with Olivia’s suspicions. But beyond that, it seems the robbery brought the family together since Nicole and Mark are closer than ever, Olivia and Quinn give props to their dad, and for once, they can enjoy dinner with smiles on their faces.

I just wanna show my hand. I don’t wanna play poker anymore. I just wanna skip all the layers and just go straight to the crazy, and just let the chips fall where they may. And, you know, just show him, show him the core of the onion.
— Tanya

Paula and Rachel are in rather notable positions. Neither one have privilege but are given access to it which, clearly, can be snatched at a moment’s notice. It has been made clear Shane’s happiness is Rachel’s only purpose, and for Paula? She is basically Olivia’s Black friend, who she increasingly speaks for to the point of it being a lowkey joke that Paula can neither speak for herself and has a list of ailments that make you wonder why she doesn’t live in a bubble. I’d even say, taking note of Kitty confirming Rachel’s comment about being a trophy wife, Paula is like a doll who may have came with a personality and backstory, but it seems Olivia has done what she can to rewrite that.

Which makes Paula trying to regain her narrative a notable development. Especially since she bit the hand that is feeding her.

When you’re dating, the expectation of going in with your representative is acceptable when you’re young but tiresome when you get older. After all, you have grown to know yourself deeply, and to present a less than version of yourself to appease another is in conflict with the bull**** you no longer have the time or patience for. Now, is this to say Tanya wasn’t a little too honest? No.

However, after a certain point, especially if you experienced the kind of trauma Tanya has, you don’t want to wait for something good to turn bad. You’d rather wrestle control and rather than accidentally ruin things, do it on purpose. For at least now, you can say you saw it coming.

Wanting To Be Needed

For many on the show, what humanizes them, and helps you excuse or forgive their privilege, is their want to be needed. Be it Mark’s need to feel desired and of use in Nicole’s world, Tanya wanting to have someone love her in spite of her flaws, or even Kitty, who appears to do so much in order to feel like she belongs.

Yet, even those without privilege desire to be truly needed. Armand’s failings come from the only time people needing him is when they want something, and then he is quickly dismissed. Hence his desire for Dylan, since there might have been some hope he could inspire mutual feelings. If not enough feelings that Armand could fool himself into thinking there was something there. Belinda is bending over backward, sitting in a chair looking like Tanya’s therapist so that Tanya needs her in some way and doesn’t abandon her like Paula makes it clear she will do to Kai.

Heck, getting back to the privileged people, Olivia clearly wants Paula to see her in a way that we haven’t explicitly seen as something romantic, but at the very least has the kind of dependency of a toxic relationship. Now, as for her reason for being this way? It’s hard to say as Olivia hasn’t been explored beyond being a pain in the ass.

The White Lotus: Season 1/ Episode 5 – Recap/ Review (with Spoilers)
Trajectory: Climbing
Honestly, the show is getting better. Maybe it is because we're seeing a more vulnerable side to the rich, that those who aren't are getting a decent amount of time to shine, or that this was the first episode Shane's personality wasn't heavily featured? Either way, with no real hints as to who dies, the last hour of The White Lotus we hope is EXPLOSIVE!
Highlights
Wanting To Be Needed
Tanya's Honesty
Rachel & Paula
Disputable
84
Subscribe to our mailing list Follow Wherever I Look on Twitter and Instagram, Like us on Facebook, and Subscribe to the YouTube Channel.