Wherever I Look
Recaps, Reviews, and So Much More
Home TV Series The Umbrella Academy: Season 2 Episode 7 to 9 – Recap/ Review with Spoilers
TV Series

The Umbrella Academy: Season 2 Episode 7 to 9 – Recap/ Review with Spoilers

As we come into the home stretch, all eyes are on one character with the potential to destroy the world when really, all they do is save the show.

After Five massacres the 12 member board of the Commission, he is told by The Handler he has 90 minutes to get his family together and exit. This, as you can imagine, is hard. Well, at least for those who would leave something behind. When it comes to Luther, there is nothing to worry about, so he’s good. As for the others? Well.

Starting with Allison, she’s married but also wants to see her daughter, Claire again, so she’s torn when Luther tells her they need to go. However, with Ray wishing to stay in the 60s and The Swedes attacking, it seems Allison may realize she is more a danger to Ray than an asset. Even with there now being one sole member left. 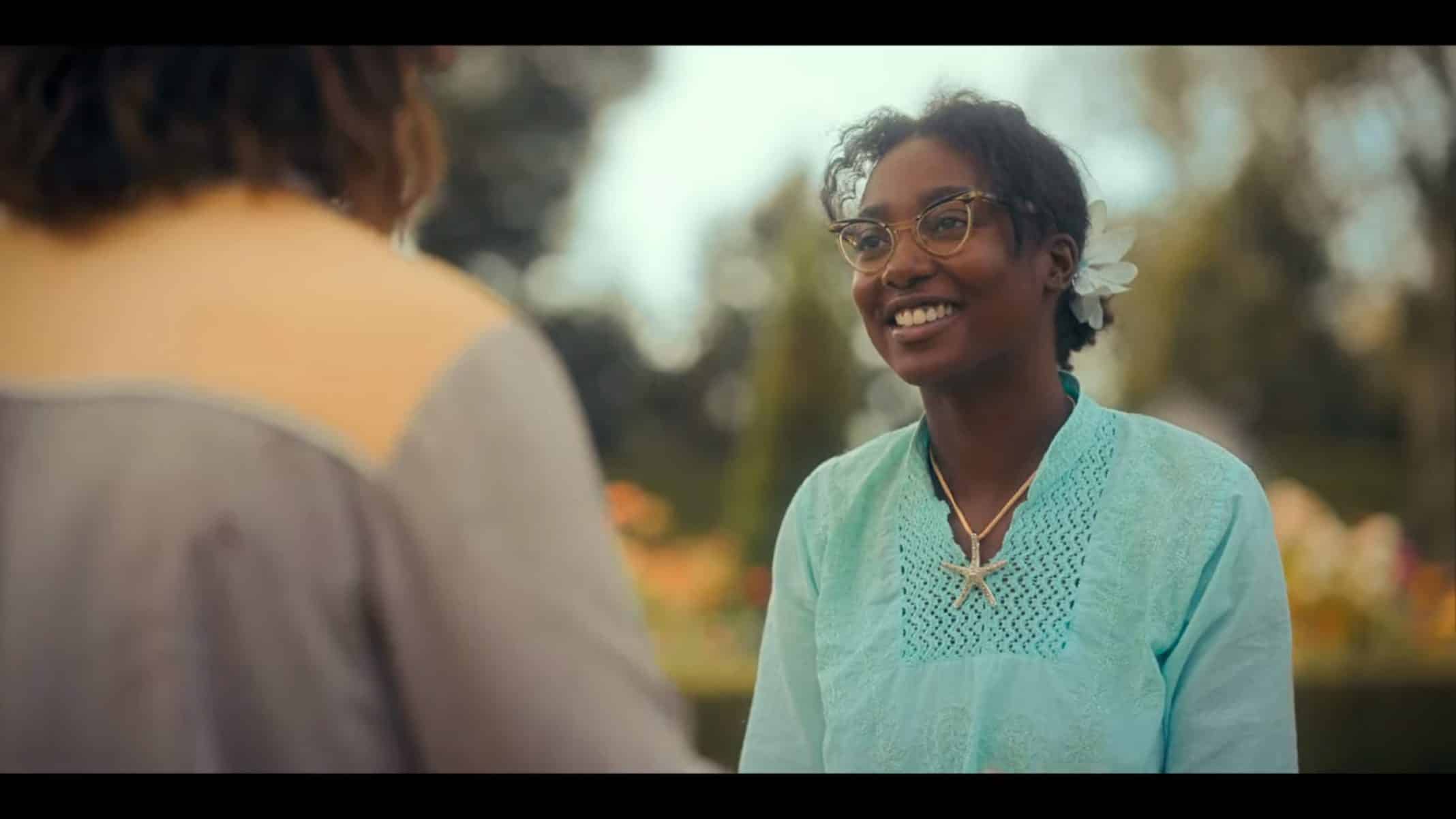 As for Klaus? Well, after letting Ben possess him, so that he can talk to Jill, Diego shows up to reveal it is time to go. Which Klaus doesn’t really get a say in, but considering his focus eventually becomes just getting Ben out of his body, upon learning there was an exit plan, there isn’t much of a reaction.

Which brings us to Diego and Vanya. For Vanya, leaving the 60s isn’t simple since she loves Sissy and Harlan and refuses to leave them behind. So, she tries to escape with them, but it doesn’t go as planned since Sissy left a note for Carl and his brother in law, a cop, stops them from leaving.

Then, when it comes to Diego, Lila kidnaps him as he buries Carl and introduces him to The Handler, who now has taken over The Commission and places Lila in charge of security. Of which it seems Diego might become her first employee. 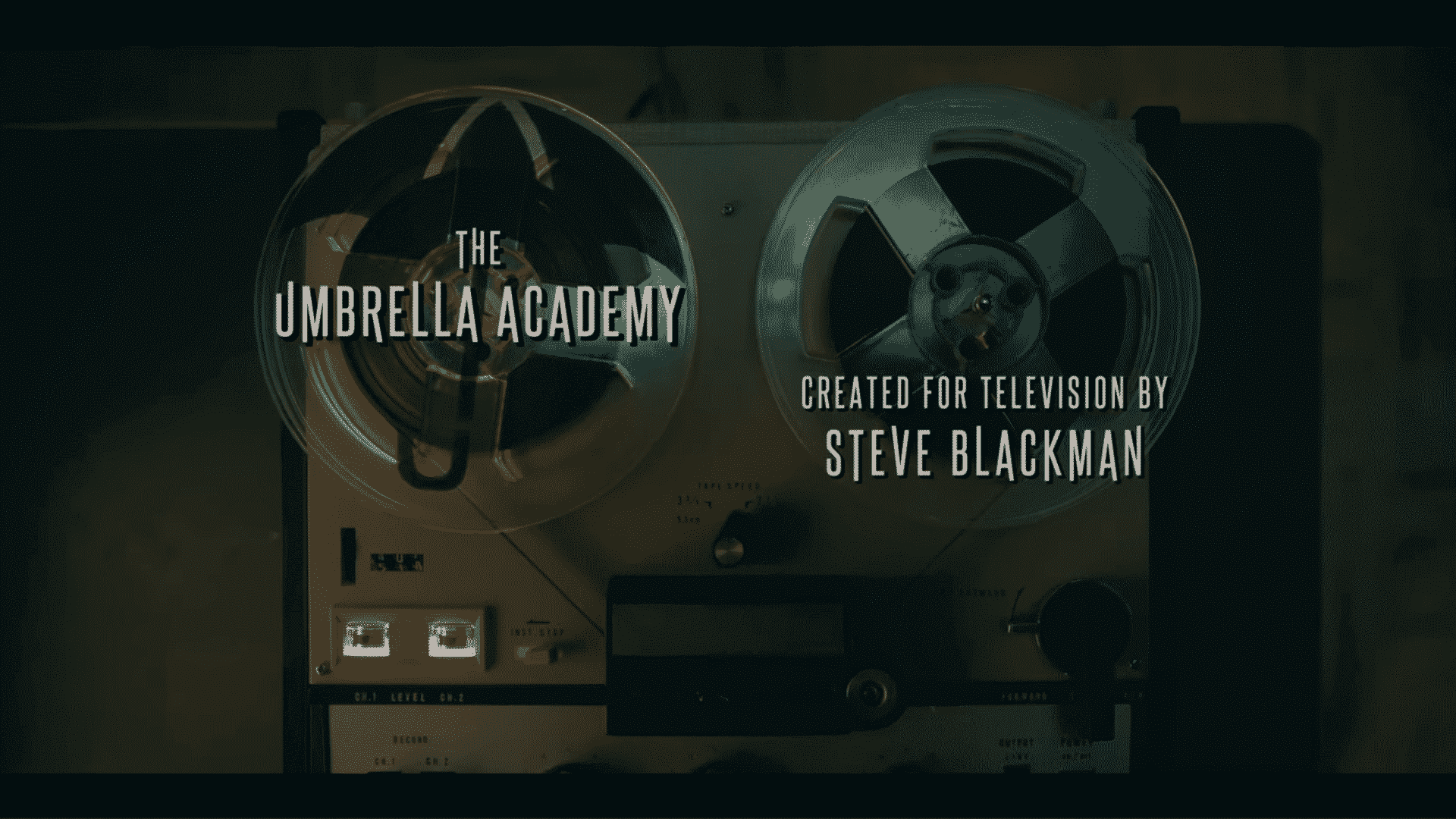 Guess what! Vanya, again, is what causes the end of the world. Why? Well, because Carl’s brother got her captured, she gets handed over to the FBI, and with her speaking Russian to them, accidentally, she is assumed to be KGB. Add in some torture, and then we get the same Vanya who blew up the moon.

Or do we? Mind you, in the apocalypse Five saw, it isn’t clear what events led up to that specific timeline. For whether or not Five meeting his older counterpart could be a factor. Also, there is Lila recruiting Diego to work for The Commission, and him betraying her, and The Handler, to pair up with Herb. Never mind Vanya linking up with Harlan, who seems to be absorbing some of her rage.

Combine that all together, and it is hard to say if we’re still on the timeline which leads to Vanya’s apocalypse or not. 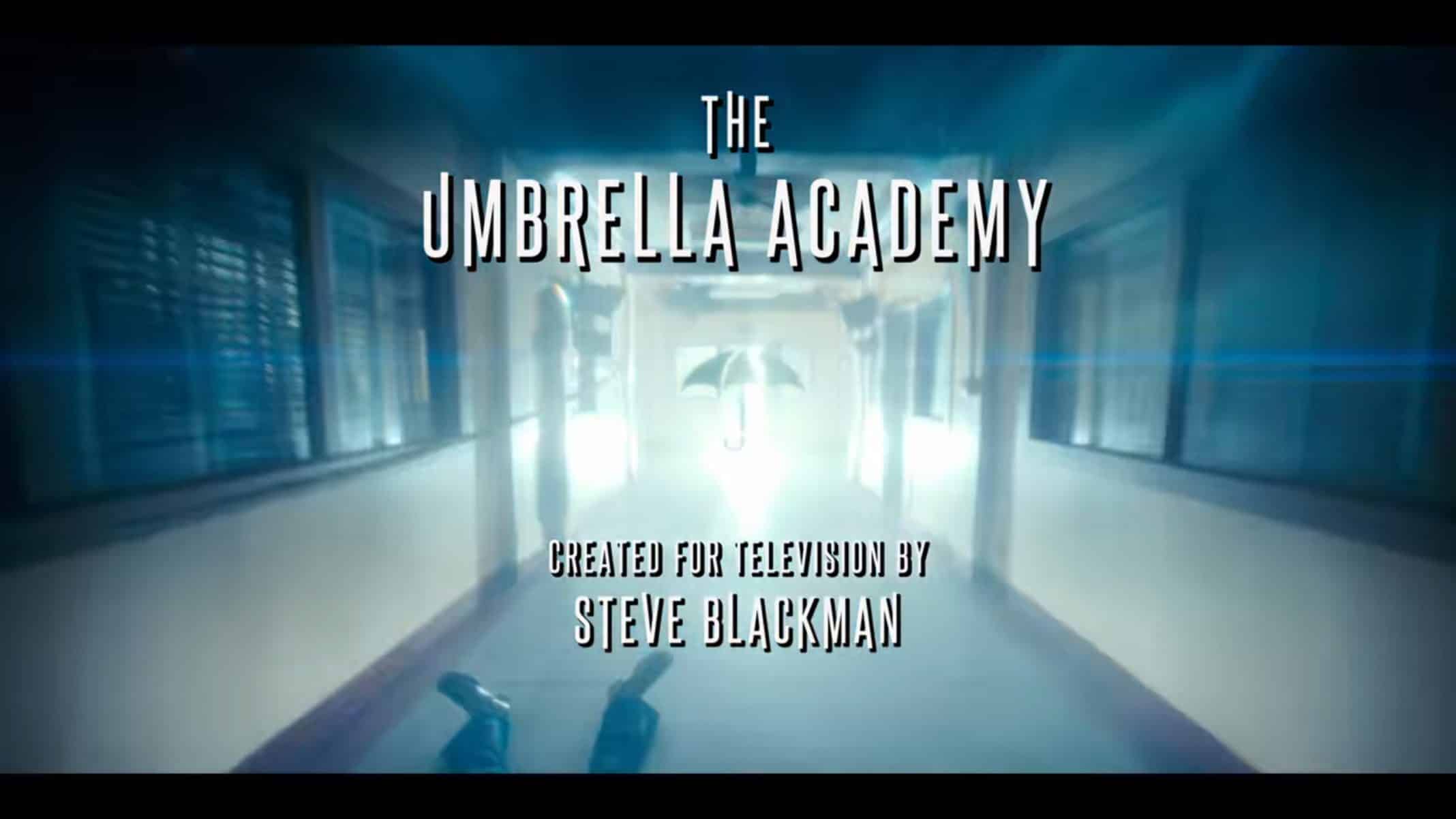 What is 743? It’s the kill order that ended the life of Lila’s parents, and we learn it was Five who killed them. However, what Lila doesn’t learn is The Handler stamped AJ’s name, so that keeps her sole ally close.

But, with Herb readying a rebellion and The Handler knowing AJ is the one who made her nearly lose her child, she swallows him. Then, to force Lila to double down on her loyalty, she pushes the idea Diego knew, and the reason he allowed himself to join The Commission was strictly to cover his brother’s tracks. An idea Lila doesn’t necessarily go for, but the thought does swim in her head.

Which brings us to Older Five and Teen Five. They fight, Luther gets hit in the testicles a few times, and we’re reminded how little he contributes to the show – including what we assume is supposed to be jokes. Yet, in the end, Teen Five does get his older self to head into the future, to the season 1 family reunion, and now we’re left to wait to see how that may affect things.

Leaving Vanya. Thanks to Harlan, who she is still connected to, after giving him CPR, she doesn’t become the bomb which leads to JFK declaring war. Rather, thanks to her, Ben gets to have a touching moment, and we’re reminded why Vanya is such an asset to this show as they talk, and we watch Ben at last die after 17 years of following Klaus. But rather than die at Klaus side, he does in Vanya’s arms, and it seems that breaks the rage that was knocking out her siblings and was a ticking time bomb.

And with that said, you’d think JFK would be fine, right? Wrong. He still gets assassinated, assumingly by Lee Harvey Oswald, and it’s due to the Majestic 12 – Reginald’s group. Who, with feeling JFK was angering too many of the wrong people, believed he had to be killed. However, the problem with that is Reginald didn’t want that to happen, and thus he decides to quit. But with the group threatening his life, he reveals his true alien form and murders them all. 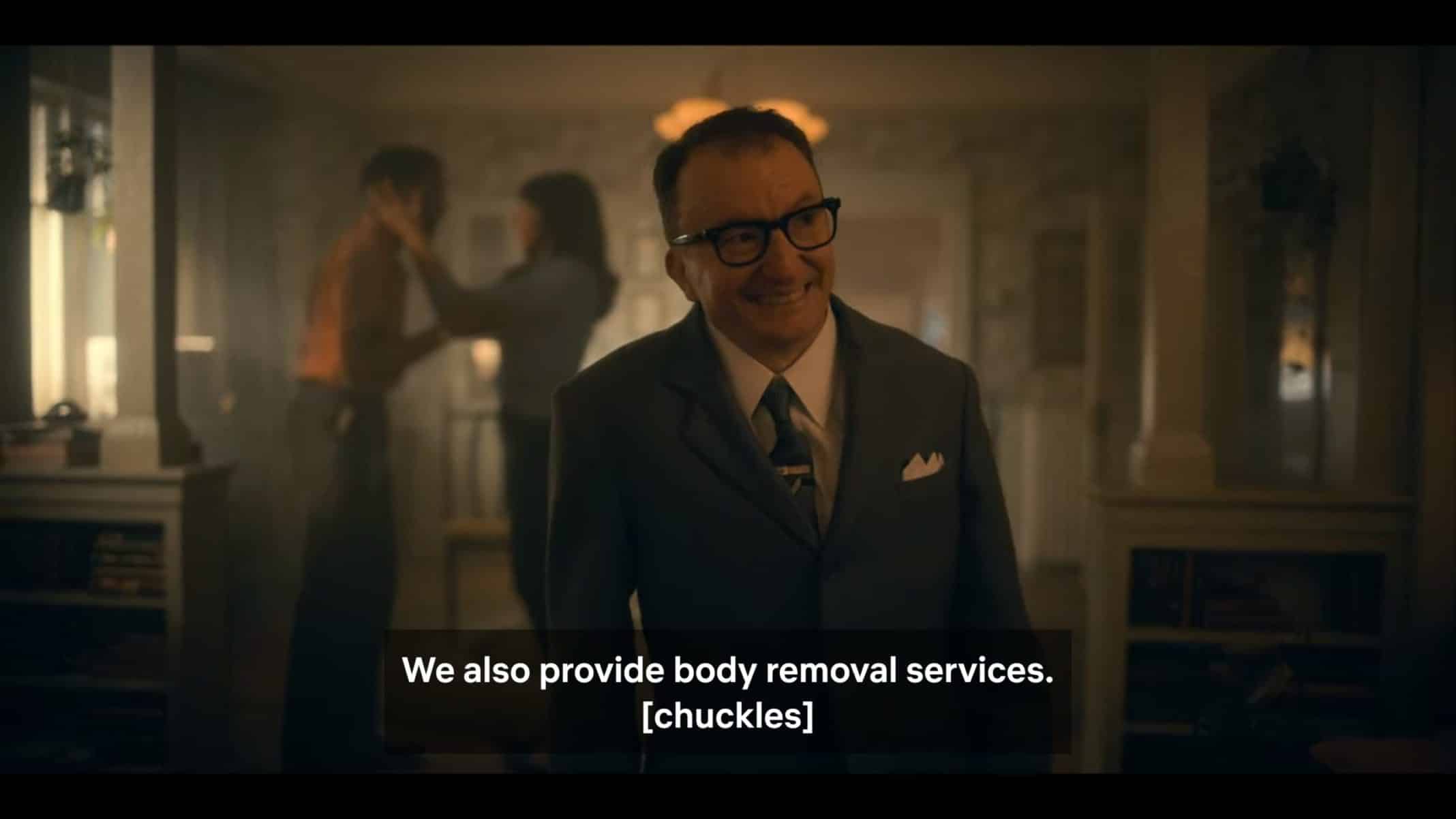 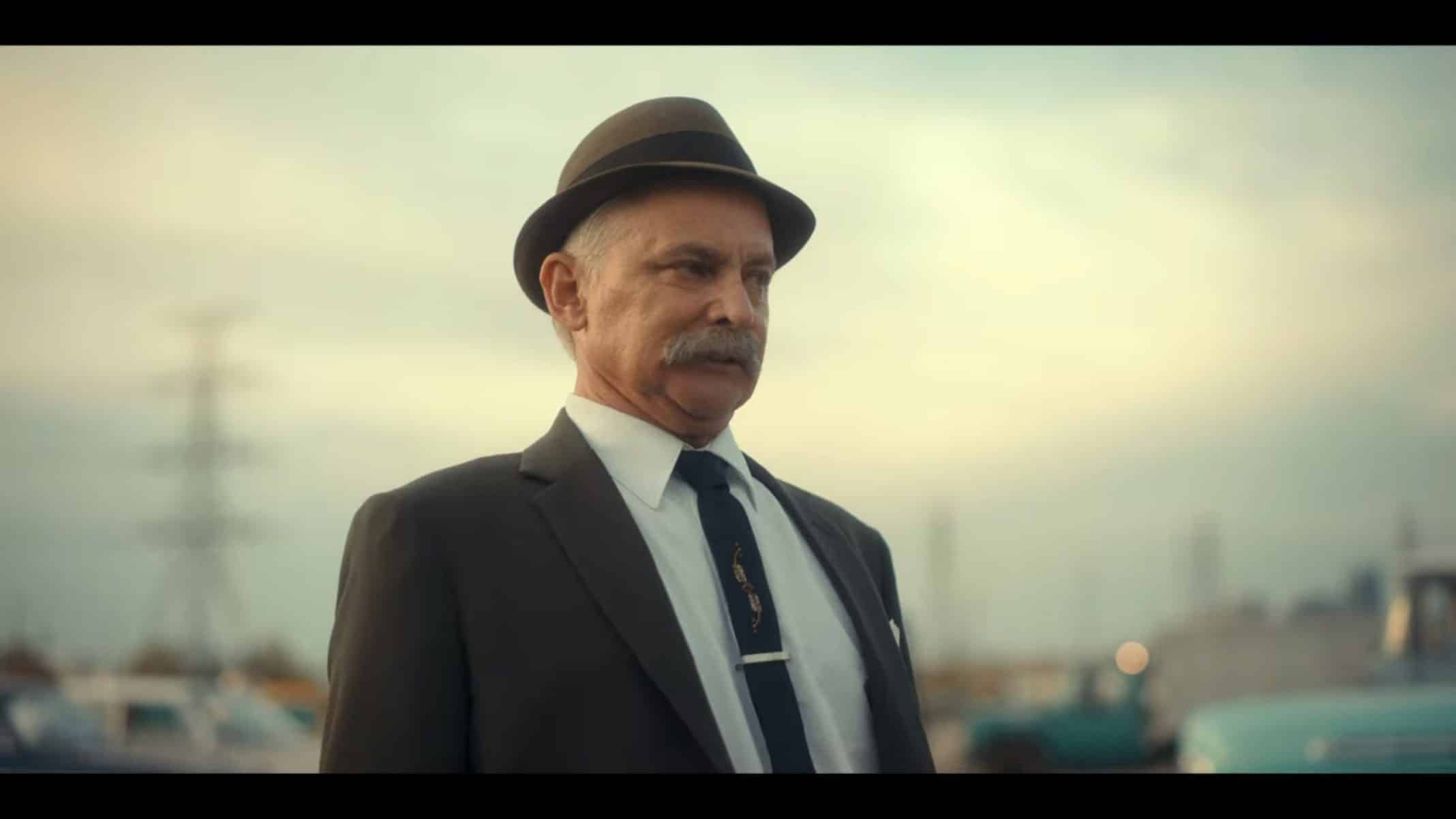 While dropped by the time we get to episode 9, you do have to appreciate how Allison’s struggles as a Black woman in the 60s and Vanya’s struggle as a queer woman in the 60s were allowed to co-exist. On top of that, neither was made to be bigger than the other, and the ladies didn’t argue such either.

Instead, Allison and her fight for civil rights was allowed to play out and Vanya? Her and Sissy’s romance, like so many lesbian romances, might have been loaded with complications, which makes you wonder can queer women ever have a happy ending, but you feel like it helped you understand the struggles so many women have gone through.

For when it comes to any struggle for civil rights, often men are the focal point. So to have women front and center isn’t just a nice change of pace, but something worth tipping your hat about.

At times Ben could feel like an afterthought since only Klaus could see him, and he often locked him out of any conversations. However, in Ben’s conversation with Vanya, it makes you feel like we missed out on so much because Ben was bridled to Klaus. I’d even submit that, second to Vanya, Ben could have brought what this show needs. Someone who doesn’t just have emotional complexity, but can throw a joke too.

Who likes throwaway villains? One killed by a trap, the other a rumor, and the one left chops off one of his hands. Which means he has one hand left, and while he plans to take out The Handler, considering how his brothers died, should we expect much? They’ve barely knicked a single target!

We often say Vanya is the key to the show, but her being the key to the apocalypse twice reminds you why so many adaptations take liberties so they don’t come off repetitive. Though, with not reading the source material, I cannot say whether or not the storyline is till on track or not.

However, I do believe the ending needs to be epic considering we should be on a whole new timeline with JFK dead, Vanya not causing WWIII, and a lot of the season being ho-hum.

The Rise of The Handler

I’m starting to think the issue with villains on this show is that they are too showy. The Swedes were eccentric looking and odd, and the Handler being as bold as she is, and also having notable fashion choices, really push the idea it is visuals over substance. Yet, one can’t downplay The Handler’s fall and rise, especially considering she is a woman. It’s not something played up much this season, but considering all she has gone through to get to the top, there is the need for a light applause for her efforts.

Even if she is generally one of the most boring villains I can think of. “The Umbrella Academy” continues to be a show which leaves you to wonder if it knows its strengths or not? Especially in regards to which characters can draw your attention naturally and who damn near has to beg.

"The Umbrella Academy" continues to be a show which leaves you to wonder if it knows its strengths or not? Especially in regards to which characters can draw your attention naturally and who damn near has to beg.