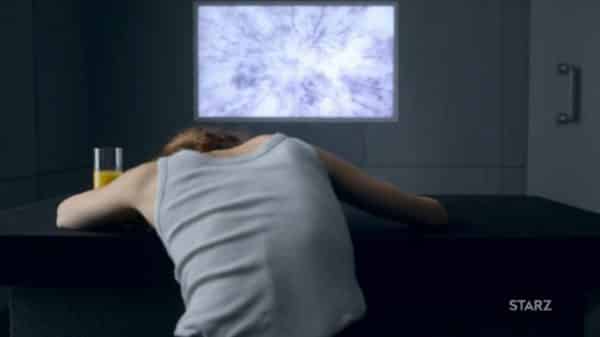 In the finale, we finally get to see powers used for fights and a reason to want to see more as all hell breaks loose.

After a night with Gestalt, and just feeling utterly bleh, Monica goes to visit Nazim at New Glengrove, since that apparently exists, to have her memory wiped. The act Nazim is a little fearful of doing, since things went so wrong with Myfanwy, but Monica insists. So he tries to wipe her, and we can only assume, with her collapsing and with a nose bleed, something went wrong. 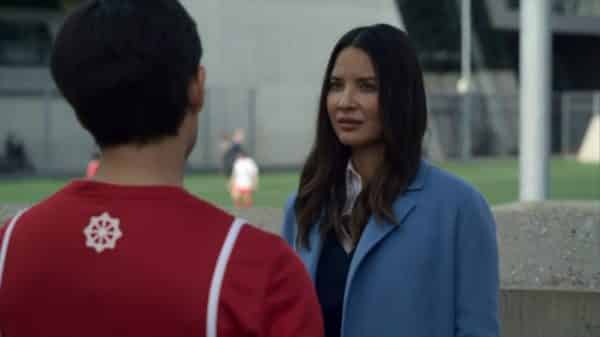 Here is the thing, why would we be worried about Monica? Yes, we learned she got duped and has been around since the beginning but, what has she done to make us root for her? She worked against nearly everyone we could support, had sex with Gestalt, who have long been Myfanwy’s off and on partner, so what has she contributed here besides an American presence?

One could say exposing us to the fact they made a new Glengrove but, all things considered, that could and should have been revealed to us a long time ago. Especially considering how much Myfanwy went through at the old one, you’d think we would have been exposed to how the new one was being run. But, I guess seeing the Checquy’s answer to Xavier’s School for Gifted Youngsters (different universe, I know) wasn’t something they thought viewers would want to see – mistakenly.

While Myfanwy tries to leave, for the umpteenth time, she gets kidnapped and meets Sophia. She is one of the handlers for those who run  Babylon. Someone who also acquires Linda within a day of getting Myfanwy. How? Well, let’s break it down, shall we?

First and foremost, Conrad learns his overthrow of Linda doesn’t mean his administration would start fresh, new, and he wouldn’t have to deal with the fires Linda was dealing with. In fact, his actions made the fire rise above the Checquy and hit the PM’s office – thus, a review has begun. One Jennifer can’t stop, and despite all their little scheming, it seems she doesn’t even want to attempt to help him. Leaving him a bit lost as that happens, Myfanwy is kidnapped, and he arranges for Linda’s release. Why? Well, because he could use all the help he could get. Which isn’t to imply he wants her back in power but could use an adviser since things are going to hell fast.

Unfortunately for him, getting back to what is noted in the first paragraph, on her way home, she is kidnapped.

Where was all this action, complicated politics, and things of that nature before? At least this sense that s*** has hit the fan or is about to? For most of the season, it seemed like there was all the time in the world, nothing could go wrong, and everyone was safe. Now people are being kidnapped and auctioned, drugged, and we get a real sense that being an EVA is dangerous. Rather than the Checquy being untouchable and there being no real threats unless they were previously invited, like in the case of Myfanwy.

Lo and behold, despite Lorik trying was being run, and the Checquy in extension, he is working on his destruction. Also, with one of the owners of Babylon, a Russian diplomat named Viktor, he has at least a half dozen being bid on in Viktor’s home. Which the government, and Checquy in extension, can’t do much about since Viktor has immunity.

Which would matter if Conrad wasn’t told they were under review, and Jennifer pushed the idea they were helpless. With that, he sends Gestalt out who find Viktor’s home thanks to a member of Bronwyn’s resistance team rescuing Myfanwy and her going back for Linda. Leading to some of the most interesting scenes of the season. If only due to Gestalt whooping ass and taking names, and then Myfanwy using her powers to kill Lorik.

Naturally, between Lorik’s death and Viktor being shot, assumingly killed, Russia is up in arms, and things seem like they could be dire. But, Linda says to have it all blamed on her as she decides the Checquy is a lost cause for her and it would be better for her to just join the resistance. Which she does, with Bronwyn being her introduction to the rest.

The way you read the information available about the book version of The Rook, it sounds like a spy thriller. Unfortunately, STARZ’s version is a spy drama, and it isn’t until this episode we got something consistently thrilling. Never mind had some sense that there were conspiracies and something more significant than Myfanwy’s storyline about wanting to escape yet being dragged back into Checquy drama time after time.

But, so comes the question of if and what could be done for a second season? Linda is technically rogue now, and that opens us up to what the resistance, and with the Checquy under review, that means seeing the government more involved than ever. Add in Gestalt and Myfanwy technically liberated half a dozen EVAs, that does mean we get to see more become rooks and maybe be put to use.

Yet, does a decent ten to twenty minutes make up for a season that was slow, but steady? Had a few glimmering moments, but rarely seemed like a reason to go out of your way to have a STARZ subscription? I can’t say it did. But more on that in the season review.

We Got Some Quality Action Scenes And Deaths - 85%

There Was Finally A Sense Of Urgency & Real Danger - 89%

Monica Became Such An Afterthought - 69%

Shouldn’t New Glengrove Have Been Talked About Before This Episode? - 68%

The Resistance Showed Up But Should Have Been Introduced Earlier - 70%