Wherever I Look
Recaps, Reviews, and So Much More
Home TV Series The Rook: Season 1, Episode 6 “Chapter 6” – Recap, Review (with Spoilers)
TV Series

Myfanwy decides to go see her alleged sister, and with her being at their childhood home, showing pictures, trying to jog Myfanwy’s memories, there is a spark. One which allows her to vaguely remember the past and you may think it would be enough for Myfanwy to retread her decision and seek to escape, but it doesn’t.

Which could become a problem for Bronwyn. You see, she and Monica met before the events of the last episode. She was an associate of Marcus, maybe more, and as Monica replays the night Marcus first said he loved her, she realizes Bronwyn wasn’t only there but passed a note to Marcus. Thus throwing her into disarray. Myfanwy has come to the point she doesn’t desire to have any secrets. So when interrogated by Conrad, she reveals all in terms of Nazim, Marcus hiring him to wipe her memory, and Linda’s part in the whole situation. This causes some shockwaves and Myfanwy is forced to answer Gestalt about why didn’t she trust them enough to which her only reply is, her memory barely extends past 5 days, so she didn’t know who to trust. Which none of them take lightly, at least 3 out of 4, so they seem done with Myfanwy and decide to focus on Monica. Someone who they are only able to discover thanks to Ingrid also confessing up what she knows.

But, rather than get her and bring her back for debriefing, a boundary is crossed. One which was going to become sexual but as one of the members of Gestalt, I want to say Robert, was stimulating Monica, Myfanwy engages Eliza, who is starting to seem like her favorite. This tears Gestalt a bit, since they still do have feelings for Myfanwy but hate the fact she lied to them. However, before coerced into making a choice, Ingrid interrupts.

With her debilitating sonic powers, combined with having Nazim and his potential, Linda thought she could get reinstated by Jennifer. However, thanks to Myfanwy’s recorded testimony to Conrad, Jennifer reneges. Leaving, after being told she is in a cell, Myfanwy confronting Linda who says she is going to reveal all now.

The Downfall of Linda

Taking note Linda’s sonic boom like powers take a lot out of her, but she has trained to control them, how did she end up in a cell? Also, how and when was she captured considering her powers and then Nazim? Though, maybe that is the bigger issue here: We skip over Nazim coming with her, likely to her home, and his reaction to what’s going on. Leaving this gap in the story which shouldn’t be there. 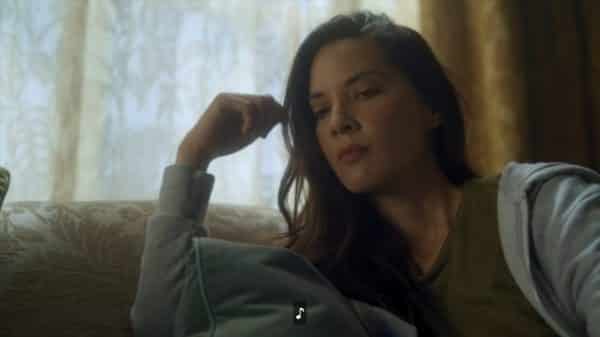 Unfortunately, The Rook remains consistent in its worse quality: Not being able to hype up a realization, or reveal, and bring a sense of energy to this show. Monica revealing Marcus played her? Flat response. Not getting to see Linda fight off or get dragged into a cell – missed opportunity. Nevermind Gestalt realizing Myfanwy’s mind was wiped, or Ingrid getting confirmation. Heck, even Myfanwy spending time with her sister didn’t stir up emotions. Like everything else, it just happened.

Which is incredibly frustrating for whether it is the vision of the creators to make the actors nearly monotone, or this being their interpretation of the characters, it is like you can see the pops and notable moments. The writing implies these moments should be bigger, and yet they flop one after another. Just above the point of you thinking folks are dialing it in.

Good recap and Analysis. You hit it on the head and until I read this print didn’t realize why I both like and dislike this show. I like the mystery in finding out more about these people but as you said, I thoroughly dislike the lack of any blood and guts passion, It’s monotone and more monotone.