Wherever I Look
Recaps, Reviews, and So Much More
Home TV Series The Rook: Season 1, Episode 4 “Chapter 4” – Recap, Review (with Spoilers)
TV Series

Alongside what happened at and to Glengrove House, we learn who caused Myfanwy to lose her memories and why.

As established in the premiere, and continuing ever since, Linda and Conrad have an uneasy relationship. One that pushes neither to know what the other is up to fully and, luckily, thus far that hasn’t led to any major issues. However, with this Myfanwy business, Conrad would prefer if Linda, or even Myfanwy, come clean. After all, an agent nearly getting kidnapped three times in three days is a bit curious. So whether there is a plan to infiltrate the system or between the Lugat and vultures, they are becoming extra bold, this needs to be known.

The Search For An EVA: Monica, Robert, Eliza, Alex, Teddy

Monica continues to follow the trail of the bought EVA to hopefully find out who they are being delivered to. She trails them for over two hours and thanks to the driver and his friend having sympathy for the EVA, their memories are wiped. With that, the kid is on the loose, and Monica is coerced to turn to the Gestalt who aren’t happy she continues to undermine their role and withhold information. Yet, for the sake of the EVA, they put their collective feelings aside and work with Monica. Which gets them close to the EVA but with working with local police, who want to be heroes, they lose the EVA again. 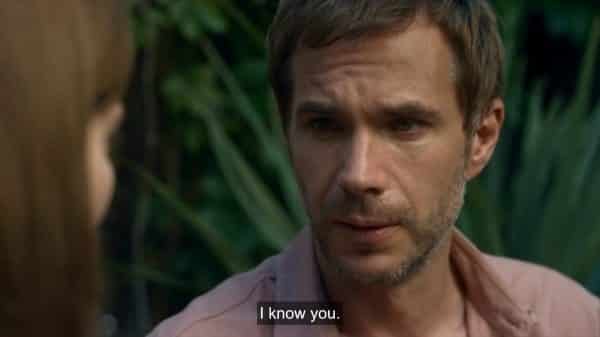 Myfanwy’s complete past isn’t recovered, but we do know her powers manifested in 2004, and by 2008 she was in Glengrove House, receiving therapy, and Linda was trying to find ways to stabilize her abilities. How? Well, hooking her up with Dr. Bristol. A man who Myfanwy had a crush on and with her powers being linked to her emotions, Linda arranged with Dr. Bristol to take advantage of that. Which he agreed to, originally as part of an experiment. However, then he caught feelings.

That complicated things immensely due to the fact he was married. Leading to why the Glengrove House is no more since, while trying to break up with Myfanwy, her powers caused a shortage which burned the place down. Mind you, one of the reasons it burned down was because the building was old and didn’t have the proper fire prevention technology. As for deaths? Well, Dr. Bristol is coy on the number.

But the mystery of Glengrove isn’t the only one solved. We also learn more about Myfanwy’s memory being wiped. You see, Linda apparently wanted an EVA named Nazim, the one Monica has been chasing. She was going to trade him for Myfanwy since, while bureaucrats have their place, Linda’s budget is limited and having an EVA who is a paper pusher is a waste. At least, that’s our take. 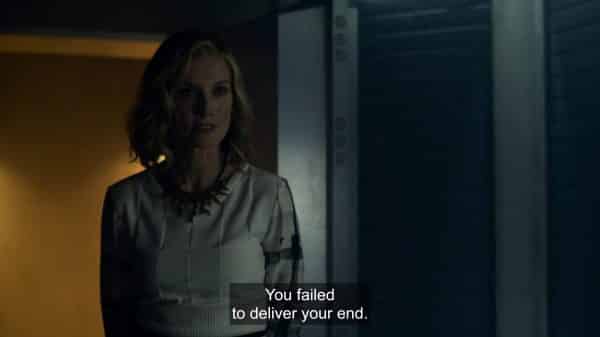 However, one which could wipe memories could be useful. Heck, just look at Myfanwy. She can’t remember a thing about herself yet remembers all she needs to be capable at her job and be a functioning adult. Imagine the amount of EVAs that can be recruited with that? Hell, think about what Linda could do to those she knows if Nazim grew close to her?

Perhaps that was the goal, but now things are complicated. Whoever Linda has locked up can’t convince Nazim to show and with Nazim finding and speaking to Myfanwy, it seems the cat might be out of the bag.

Life is a string of experiences, and even if they’re horrible, they make you who you are.
— Myfanwy 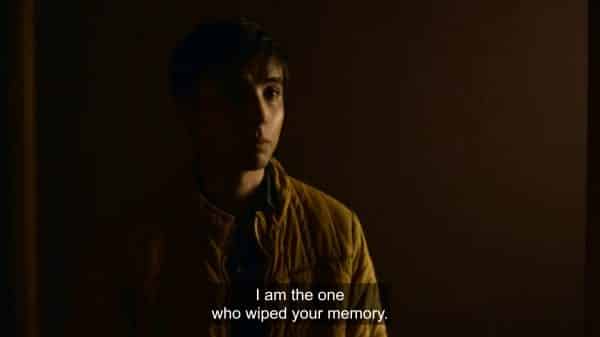 If you were to read up on The Rook, you’d find this is actually supposed to lean more towards being a spy thriller, if not a more complex mystery. Which, tone-wise, this doesn’t really give off the usual vibe for a mystery but, without reading the source material, I can’t say if that is for better or worse. What I will say is things are getting better as we learn Linda isn’t a saint and Conrad, while not always the nicest of people, is loyal to his fellow EVA.

Which does push further interest as to how much Linda is hiding and what Conrad, never mind the home secretary, actually know? Plus, when it comes to the assignments given to the Gestalt, how much of those are official business and not a favor or something personal that Linda wants? Making Myfanwy’s discovery seem like the key to entering a much larger part of The Rook’s story and possibly giving us far more than originally expected.

For A Secret Organization, The Secrecy Seems Uneven

It seems strange that someone like Dr. Bristol, who has spoken to, even seen EVA powers, is allowed to not only be a simple shop owner, but also keep notes of his work. Notes that the Checquy seem to think are destroyed or don’t exist. On top of that, the fact they seem to work with cops in some official capacity also seems strange. Not to forget, there is the relationship with the Lugat, who could easily sell this information or expose them, never mind the Americans, and other countries, who may have their own Checquy. So the idea they are secret and off the books seems more and more like wishful thinking than what is reality.

For A Secret Organization, The Secrecy Seems Uneven - 70%