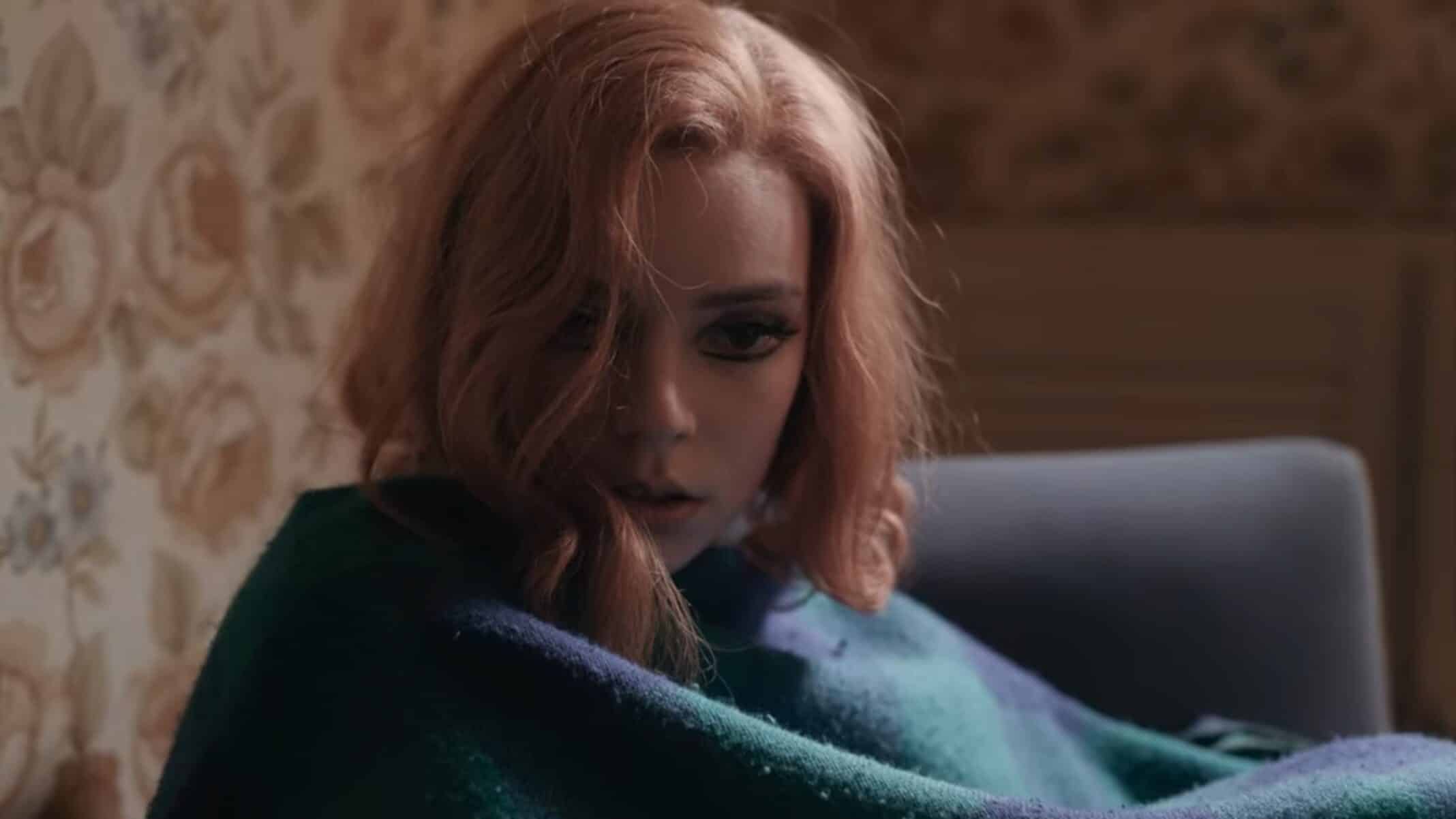 While Benny helps Beth become the best she could be, a new friend takes her down a path that brings her back to her worst.

Beth’s arrival to New York isn’t heavy on “Small Town Girl In The Big City” vibes. Mind you, the fashion is enticing, and Beth surely picked up some pieces. However, Benny takes up most of her time with drills and practice. Though like Harry, it seems Beth could be far better than her teacher, and this is shown through her beating him, and two other friends, in speed chess – repeatedly.

Yet, there is more to life than chess. Beth, for example, makes a friend out of Benny’s associate, Cleo. Also, she sleeps with Benny. But, while he screws better than Harry, his pillow talk sucks since he is way too focused on chess, and it just ruins the mood.

While the sex may have left Beth longing for something more than the physical, Benny believing in competing clean, meaning absolutely sober, did prepare Beth in ways beyond chess. However, on the eve of her match with Borgov in 1967 Paris, Cleo invites her for a drink. This, initially, was kindly rejected with the request to postpone till the next night. But with Cleo unable to guarantee where she’d be in 24 hours, one drink leads to four, then talking to boys, and ultimately Beth oversleeping and hungover.

This leads to her doing terribly against Borgov and breaking down in tears, fueled by her drinking glass after glass of water and hating how one night screwed up her big chance.

Losing in Paris hits hard and is the beginning of a downward spiral. One which includes Alma’s husband, Beth’s dad by technicality, Mr. Wheatley trying to push her out of the house and forcing her to pay almost $7,000 to keep it. Mind you, there was a time he said he’d just sign the title over but with sales down, it seems he decided to go back on his word with Beth like he did his wife.

And it seems, even with having the money and using the time she has to decorate, Beth doesn’t reflect, take note that drinking, perhaps her pill addiction, is the reason she lost again. Rather, she goes on a binger. One that Benny interrupts, just for a moment, since some Christian organization wishes to pay for Beth’s trip to the USSR to compete at chess – the same group that financed Benny. But with her starting to lose her love for chess, she is unsure if she might go.

In fact, at this point, Beth just wants to have a mental and emotional breakdown in peace. One that will allow her to drink, be a mess, and not keep it together as she has tried to most of her life. Which, for some, like Harry, is hard to watch due to lingering feelings. However, with the feelings not being reciprocated, Beth couldn’t care less about Harry or anyone.

Well, maybe. That idea might get tested thanks to Jolene’s arrival.

[They were] not pathetic, [they were] was stuck. There’s a difference.
— Beth

The Return of Jolene

Jolene returning for the finale is perfect. She played such a huge role in Beth’s life, and effectively was her first, maybe only friend. Granted, considering Alma came off more like an aunt than mother, you could say she fits that description as well. However, as for someone Beth’s age, she never really had a friend beyond Jolene.

Mind you, she was friendly, like with Harry, Benny, and a few other boys, but whether or not their friendliness had the ultimate goal of sleeping with Beth, that’s debatable. You could also say she had a moment with Annette, who helped her when she had her first period, but they didn’t keep in touch. So while Jolene was forgotten like so many others, considering Beth is in desperate need of friends, especially someone who isn’t seeking sex from her, Jolene might have come right in time.

Plus, setting Beth aside, aren’t you curious what life Jolene has had up until now?

While Beth has some memories of Alice, a lot of them are tainted a bit. For be it time, alcohol, or drugs, things are fuzzy, and while she remembers some things, like how to see men, there aren’t cozy, fuzzy memories to remember. Hence the love and admiration of Alma since she gave Beth those memories. On top of that, she pushed Beth to have more than chess, which, at a time, Beth gripped so tightly for it was all she had.

Take note, it wasn’t until much later, nearly a decade, she got the attention of boys, and not until recently was she offered the ability to party with friends, never mind possibly make female ones. Yet, with Alma, that didn’t matter since she had a constant. Someone who was her cheerleader, took the weight of sorrow off of her, and while Alma technically was on the payroll, she earned what she took from Beth.

Meanwhile, everyone else, they took time but don’t often offer much beyond company. And, let’s face it, from Harry to Benny, maybe even Cleo, a lot of them didn’t come off as people Beth would choose if she had options. Rather, they were chosen since they were there and convenient.

At this point, Beth has lost to Borgov twice. Both times due to inexperience. The first time due to inexperience of skill and the second due to her inability to balance her professional life and her personal life. Yet, if she didn’t hang out with Cleo and won, what would be left? She’d have beat a grandmaster, damn near, if not be, a world champion, and Beth isn’t even 25 yet, is she?

So what would there be left for the show or Beth’s life? This is why her losing, once more, is necessary for Beth to figure a way to balance what she is talented at with what she wants out of life. For as shown through so many competitors, either current or former, having both a successful career and a relationship, children even, is rare.

I mean, Harry dropped out, Annette, and while Benny still plays, look at his home. Look at his life. Beth has mainly found herself stumbling when she had to take note of her peers and the life they have. When it comes to Cleo, I’d even submit that part of Beth’s reason for drinking with her is because Beth wants to have it all.

Beth just as much wants to be in love with a cute guy, roam a beautiful city, and be in high fashion as she can whoop men’s asses in chess. It’s just frustrating that trying to have that balance isn’t easy, and there is no one there to guide her or show it is possible. She has to pave her own road, and the work is absolutely tiring.

The episodes gives the season a nice bump, as Beth's emotional development continues and you see her struggle with balancing her wants with chess. Add in Jolene appearing towards the end, and it preps you for one hell of a finale.