Wherever I Look
Recaps, Reviews, and So Much More
Home TV Series The Quad: Season 2/ Episode 8 “#TheBeautifulStruggle” – Recap/ Review (With Spoilers)
TV Series

Unearned loyalty and fear of being unjustly screwed over leaves a lot of characters stunned, or perhaps calling victory too soon.

Cedric needs a singer for the hook to his protest song. Problem is, despite Cedric’s profile, he can’t think of no one buy his ex Bronwyn. Someone who isn’t that keen on seeing or talking to Cedric since she knows she got cheated on and when he admits it, pisses her off all over again. However, she still does the gig. But as Ebonie walks into the studio, and Bronwyn puts two and two together, she decides it is time for a conversation. One they have in the booth and while the engineer turns the sound down, Noni turns it up so Ebonie can hear Cedric call her just a music partner and hear Bronwyn announce she is pregnant. Which, later on, she pushes the idea abortion isn’t a likely option. 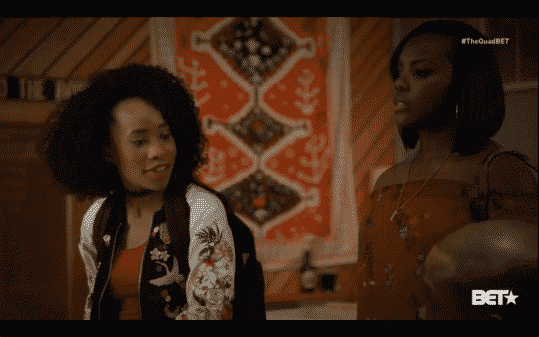 I need Noni to get a non-C character related storyline. No more Cecil, no more Cedric, and while I accept being messy is a core trait of the character, it would be nice if she was messy in her own personal life. Be it a friendship or relationship.

Noni aside, for she will be brought up in the next topic, Cedric is too old to think the pull-out method is still a wave. Also, Bronwyn I thought was smart enough to not fall for that nonsense. But, then again, Bronwyn came in wet or dry behind the ears, didn’t know nothing, a cute boy took interest in her, so I guess she was charmed into stupidity. Though, with her being pregnant, and contemplating doing an abortion, it brings up a lot of interesting paths. There is the possibility of a miscarriage and having that conversation, talking about abortions and the difficulty of having one in some states, as well as her going to term with the kid. Which continues to give her storylines in the form of giving it up or trying to raise it.

But, with it seeming they maybe are trying to make each season about a school year, who knows how they might handle any of those storylines.

Someway, somehow, Cecil knows how to play the right note to get Noni to do what he wants. She just quit his band but drags her back to play for a symphony. Something that, despite Ebonie’s side eye, she just can’t pass up. The Atlanta Symphony and Georgia Philharmonic are guaranteed to be there. However, she almost doesn’t go because Ebonie ends up bleeding from the nose and vomiting. Yet, with Ebonie establishing she is a grown woman and can handle herself, Noni ends up showing up late and getting Cecil the award.

Leading to him not only getting the trophy but also letting Clive know he is onto his game and saying either he quits or gets exposed. Which he ends up doing, quitting and then disappearing. 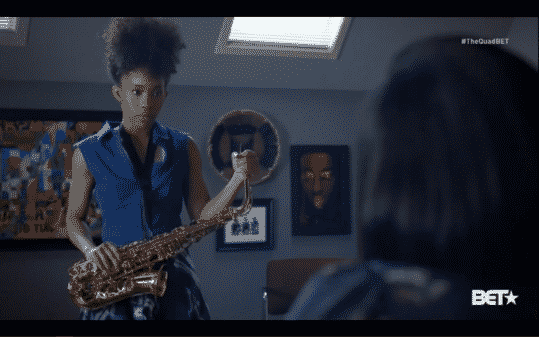 Considering all Clive has done to get some type of revenge, and then failing spectacularly, it makes me wonder if we’ll learn he ended up committing suicide. Which I know sounds drastic but there is just something in the way they were talking about Clive after the competition combined to Cecil’s reaction when he realized how heartless he was. It just pushes the idea a serious wake-up call is coming and Cedric won’t know what hit him when it happens.

Though, who knows, maybe Clive may talk to Cecil’s alleged son and try to do something underhanded. As noted many times before, when it comes to the staff’s drama, especially with it having little to nothing to do with the kids, it just makes you roll your eyes. For while we all know people, no matter their age, are petty and juvenile, sometimes you just wanna go, “Really?”

Coach Hardwick is fine, as is Venus and his family. Well, not completely. He is now a murderer and while it may seem and sound like self-defense, the truth is he shot their lone shark in cold blood. Which Eva recognizes has affected him and leads her to push for therapy, especially since it helped Sydney. However, Coach Hardwick isn’t about that life so she is coldly rejected. Though her asking if he had a gambling problem didn’t help the situation, nor how their relationship was going at that time.

But, speaking of how relationships are going, Eva pretty much tanks the relationship she has with Dr. Chambers. Upon looking into the admission policy being modified after documents were signed, and doing some digging, it becomes clear that somehow $3 Million has just disappeared and somehow ended up in Flip Lawson’s pocket. Someone she does her damndest to get a hold of, but to no avail.

Who she does get a hold of though is Dr. Jeff for not only a bit of a date, and some sex later, but also to get her anxiety med prescription refilled. For with Sydney sending them down the drain, Eva flips out and asks for her house key back. But can you blame Sydney when your mom needs you to be her chauffeur because she seemingly took too many? 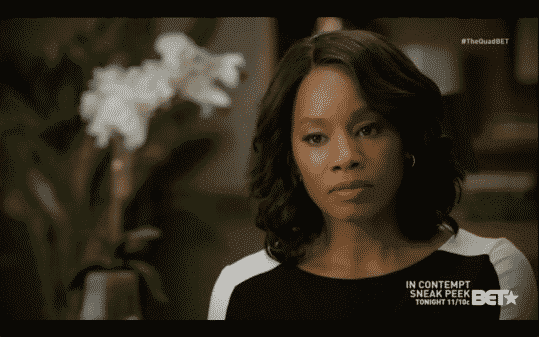 Oh dear, Eva’s personal drama is starting to rear its head after a good few episodes without it. But you know what really sucks about this whole situation, we still don’t know a damn thing about Jeff. We know he is a divorcee, lost a child, and used to own a surgical center, but how he met Eva, and his name? Well, if it wasn’t for that prescription slip, he’d still be a mystery man. One whose entry into the show would lead you to believe the editor forgot to enter a whole scene into a past episode.

Sticking with Eva, can we take note of how weird Venus’ vibe was in front of Eva. As if these two women were aware of each other and Venus felt like Eva was a threat to her already damaged relationship. Like Venus was mad this woman Eugene always talked about showed up when she was already there for him. I wasn’t the only one peeping this right?

But, all things considered, taking note of how closed off Coach Hardwick usually is, I don’t think Venus has much to worry about. He doesn’t seem like the type to let people in easily and despite them being separated, you’ve seen how much she has been around right? Pretty much, he is comfortable and the whole separation is just getting a break from her nonsense more than him being in the process of breaking up.

Bringing us to this money thing. Stop. This show just doesn’t know where to draw a line or maybe refuses to not consider if something is either over the top or seems like a desperate way to handle a storyline. Some type of corruption going on, really? I get and appreciate, at times, how the show wants to exhibit how complicated it is running a school and keeping it open but, you don’t always need something which is so drastic and desperate. Especially to be used as an out from a situation being built towards the entire season.

Stuff like this is why I find it impossible to not have a love/hate relationship with this show.