Wherever I Look
Recaps, Reviews, and So Much More
Home TV Series The Mandalorian: Season 2/ Episode 8 “Chapter 16: The Rescue” [Finale] – Recap/ Review (with Spoilers)
TV Series

Old friends and a major surprise which connects The Mandalorian to the latest Star Wars trilogy arrives in Chapter 16, “The Rescue.”

Rather than go straight to Moff Gideon, a few pit stops are made. First, Dr. Pershing is picked up, and then Koska and Bo-Katan. The first stop was easy, as only two people guarded Dr. Pershing and were easy to deal with. However, with Koska, Bo-Katan, and Boba Fett having beef, a fight breaks out, which ends peacefully. 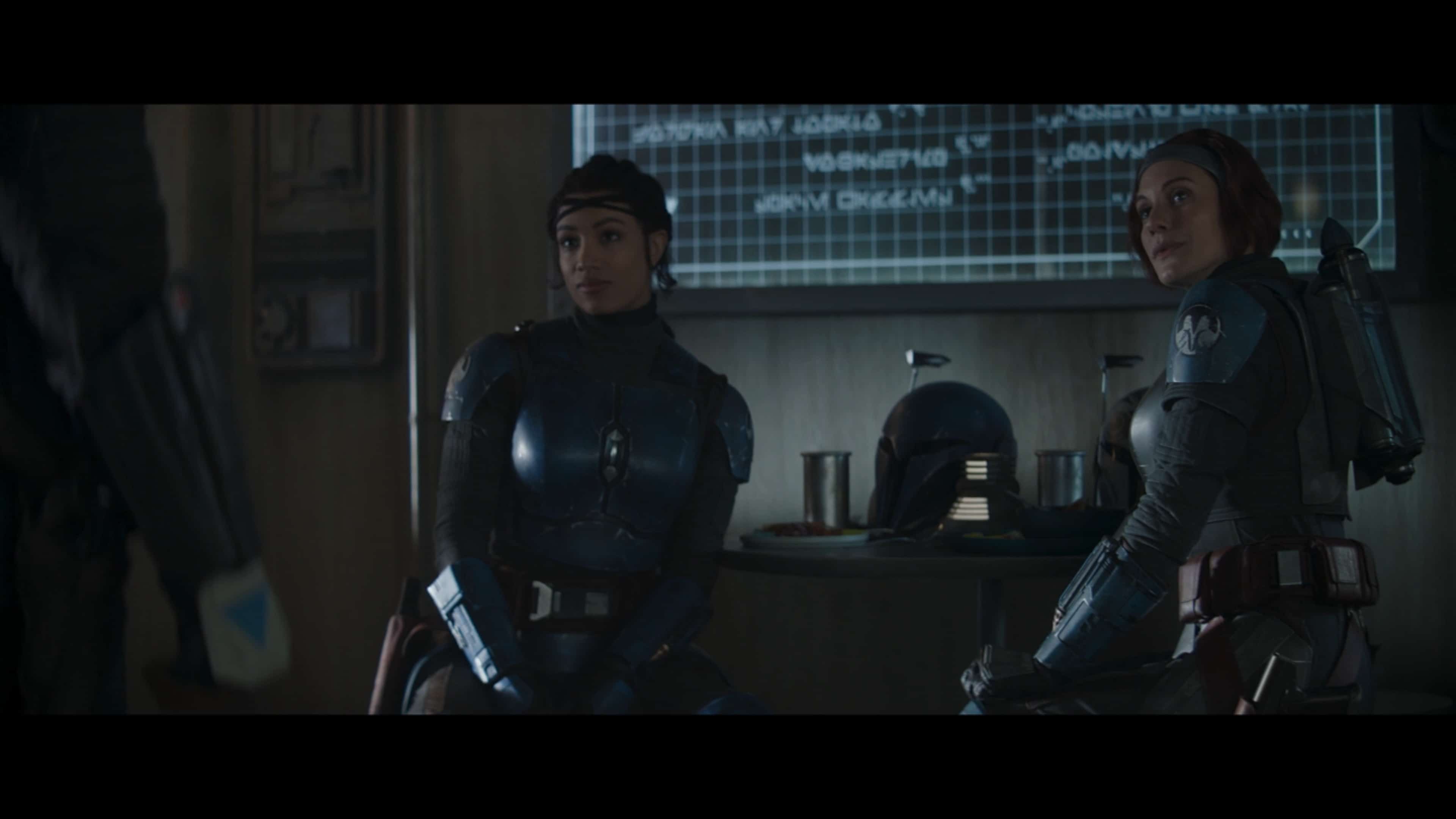 Now, as for why the fight? Simply due to Boba Fett wearing Mandalorian armor but not claiming to be Mandalorian. That and Koska decides to pick and have an actual fight. But once everyone has their fun, they are off for Moff Gideon’s Imperial Light Cruiser, that, willingly, Dr. Pershing gives a whole lot of details on.

So, what’s the plan? Well, Din will focus on getting Grogu back as Cara, Koska, Fennec, and Bo-Katan make their way to Moff Gideon. Which, because she wants the dark saber back from him, Bo-Katan claims the right to take him out. However, after facing dark troopers and Moff Gideon slipping away from the bridge, it ends up being Din who faces off against him and defeats Moff Gideon.

This is a problem. If you remember, Bo-Katan wants to be the queen of a reclaimed Mandalore. However, to do so, she had to defeat Moff Gideon and earn back the dark saber, a weapon that can cut through anything besides Beskar steel. But with Din winning the saber, so comes the question of how to be the true queen without defeating Din, who has no desire to really fight. He’d rather hand it over, and it doesn’t work like that. There needs to be a story, a real fight, and Din has no desire to do that. He saved the kid, doesn’t care much about Mandalore, so he wants to move on.

When All Hope Is Lost, Trust The Force – Luke, Moff Gideon, Din

But, while Din is trying to figure out how to give away this saber without issue, Moff Gideon is giggling because a slew of dark troopers are on the way, and he is hiding a gun. However, then Luke shows up. With that in mind, he tries to buy himself time, maybe take out Bo-Katan, even commit suicide, but he’s stopped from doing this. Thus Luke Skywalker is able to fight his way to the bridge, save the day – with R2D2, and then Grogu ends up going with him. Leaving you to wonder, with Grogu now off with Luke, and us knowing what happened to the Jedi that Luke was going to train, what’s next for Din?

Talent without training is nothing.
— Luke

While Star Wars remains laughable due to having it where people are shot with lasers, yet you never so a hole, there is no denying that this episode’s choreographed fights were ace. Be it Koska representing women in hand to hand combat, or even Din and Moff Gideon’s battle. One which leads to Moff Gideon losing, in a rather disappointing fashion, but he is a villain – what you expect?

Featuring characters from the movie, Luke especially, feels like a double-edged sword. On the one hand, it leads to a huge pop, and for Luke, in particular, it provides a sense of what happened between the end of the original trilogy and the story we were told in the new one. However, one of the benefits to The Mandalorian is how it felt like it lived in its own world but part of a bigger universe. With featuring Luke, it feels like it gets swallowed. 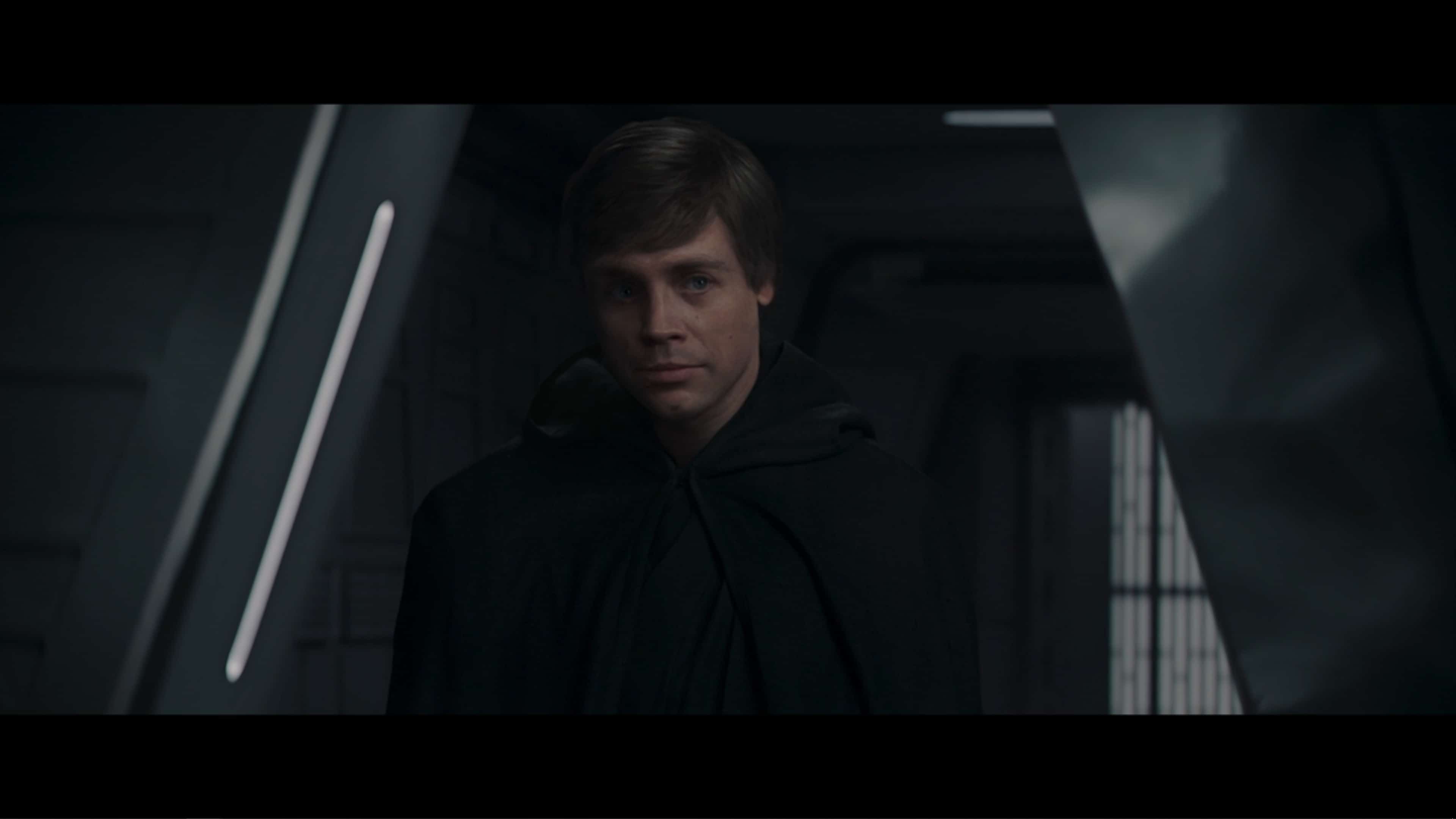 Alongside that, I’d add that it makes you wish everything was punched up more. The fights were cool, but they weren’t lightsaber slashing people in half level. Yeah, we got some cool villains who seemed formidable, but Luke making mincemeat out of them knocks them down several notches. Thus killing all this episode was building for the show in one swoop.

While the end of the show announces Fennec and Boba Fett will have their own series a year from now, as for everyone else? It’s a bit up in the air what’s next for them. Granted, a 3rd season has been announced, but with Grogu off with Luke, what’s next? Din didn’t seem invested in the idea of helping Bo-Katan take back their home planet – and that’s the only loose end of the season. So, where to go from here?

The Fall of Moff Gideon

Moff Gideon getting defeated, despite having one of the most powerful swords in the universe, and even trying to commit suicide, it just completely ruined the character. Mind you, we know members of the Empire seem to always be ready to kill themselves, but still.

In the second season finale of The Mandalorian, a blast from the past ends one storyline and makes you wonder what's next for Din?