The Man Who Fell To Earth: Season 1/ Episode 9 “As The World Falls Down” – Recap/ Review (with Spoilers)

Alongside seeing the last weeks of Edward Flood’s life, Justin and Faraday try to outwit Spencer and Lisa to save theirs.

All this time, it was assumed Edward killed himself. However, the truth is, after Edie suffered so much because of her father, she couldn’t bear the idea that he would give Hatch the company. The one he always complained about and put down, he was going to inherit a controlling stake? Edie couldn’t accept that, so while walking with her father, she pushed him off a cliff, and for a decade, only Clive knew the truth.

However, with seeing his mother go off the deep end, including murdering her favorite horse, to prove she deserves and can handle the job, unlike what Edward believed, Clive reveals the truth to Hatch. Now, as for what he can do with this information? That’s hard to say.

It’s Hard To Torture Someone You Have Nothing On – Justin, Spencer, Faraday, Lisa, Watt

For Faraday, there isn’t much to threaten him with. He is an alien, so he has no material items, his family is light-years away, and most means of torture don’t hurt him since teeth, among other things, is for appearance. However, X-Rays and Justin? Those are his weaknesses, and since Justin is too much for Lisa, all focus is on Faraday.

However, he knows so little about what Thomas Newton is planning that Watt has to step in since she is essentially his brain trying to save itself. So she pushes him to lie and make up something but remember that Spencer needs logic. It has to make sense, or Spencer will call BS.

Hence Faraday manipulating Spencer by using Spencer’s need for high stakes with high reward. He gives away his assumptions about Thomas wanting to bring Antheans here and there likely being a ship that requires the fusion reactor in order to get to Anthea and back to Earth. Also, he brings up Spencer’s mom, Valentina, to throw Spencer off since, like Faraday, Spencer has very few weaknesses.

But, his mom? That is a knife that has never been pulled out. So Faraday coerces a game of Russian Roulette to get everyone’s adrenaline pumping, and with that, Faraday breaks down the whole thing. He lays out that Valentina was perhaps into something nefarious but wasn’t the terrorist she was touted as. Drew created that narrative, for she saw the long game. She wanted to make Spencer into an asset, one always hunting for the white whale, because it gave her some degree of separation from the unethical.

All of this makes sense to Spencer, and he accepts it. And with knowing Faraday has little to offer, and perhaps Justin is all that is truly needed, he goes to kill Faraday, but then Lisa kills him. Why? Well, she works for Henning and Thomas Newton, aka Pressman Thorn. Who, with anticipating the already in progress moves Drew is making, by aligning with Edie, made sure Molly and Portia were protected, and now Justin and Faraday.

However, with Justin having a whirlwind few days, her trust isn’t easily gained, even when transported to where Thomas Newton lives and meeting the man who started it all in the flesh.

Always when you want to count “The Man Who Fell To Earth” out, it shows you that it isn’t to be underestimated. That it doesn’t do popcorn, ready in 4-minute storylines and character development. Sometimes you have to wait for the good stuff, and when you get it, you’ll like it.

Case in point, Edie. She and Hatch’s storyline seemed done, or at a point where them being forgotten or written off would be a minimal loss. But, with revisiting Edward’s death and showing Edie caused it because Edward was going to give the company to Hatch? We’re back at seeing this sibling rivalry as an asset to the show.

Now, could this have been explored sooner and earlier? Absolutely. It should have. But “The Man Who Fell To Earth” seems to like last-minute alterations which renew your faith.

Justin and Faraday’s Means of Handling Lisa and Spencer

While Spencer and Lisa have long been portrayed as being two steps ahead, formidable, and a tinge unhinged? This episode shows the major cracks in their armor. Lisa, whose time with Justin isn’t mentioned because it feels minor, got played by Justin in the grand scheme of things. Despite not being in the power position or knowing whether her family was safe, Justin never backed down. She played a psychological game with Lisa, headbutted her, and even spat out a liquid to set one of Spencer’s goons on fire.

Then with Faraday, he played mind games with Spencer by tapping into being an Adept. He pushed Spencer into a game of Russian Roulette, which could have solved one of Faraday’s problems. He brought time for some form of a rescue and learned to play Spencer’s bluff to a masterful level.

Which, when you consider Faraday, months ago, was barely able to understand human beings, there are huge leaps here that can’t be ignored and deserve applause.

Was Spencer’s death anti-climatic? Yes. However, Lisa’s betrayal, while predicted, was still impactful. Consider this, with Lisa eliminating Spencer, now the main heroes and villains of the show are predominately women. We have Drew and Edie vs. Lisa and Justin. Now, are Hatch, Faraday, and Thomas also factors? Yes. But, who has carried the show thus far? Especially as the men have been inconsistent in earning your watch time?

So with Lisa potentially becoming one of the heroes, it should be interesting to see how much of her story thus far was fabricated to get Spencer’s approval and what was the truth.

Thanks to Edward, the idea of playing the long game comes to the forefront, even though Thomas mentioned it previously. However, it moves beyond Faraday learning to be an adept and now into how the CIA and Edie operate. It has become the modus operandi for the villains, who have found creative ways to maintain and grow their power.

Edie, while her company has spiraled to the bottom, has still maintained control of it for over a decade. Then with Drew, she worked her way up from a junior analyst to a respected member of the CIA. One that even was able to bail out Spencer when he was under her wing. But, with approaching what can be a major career highlight, there is the question of how much has Drew prepared for this, and with coming so close, will she unravel like Spencer or be able to match all Faraday, Thomas, Justin, and Lisa can give? 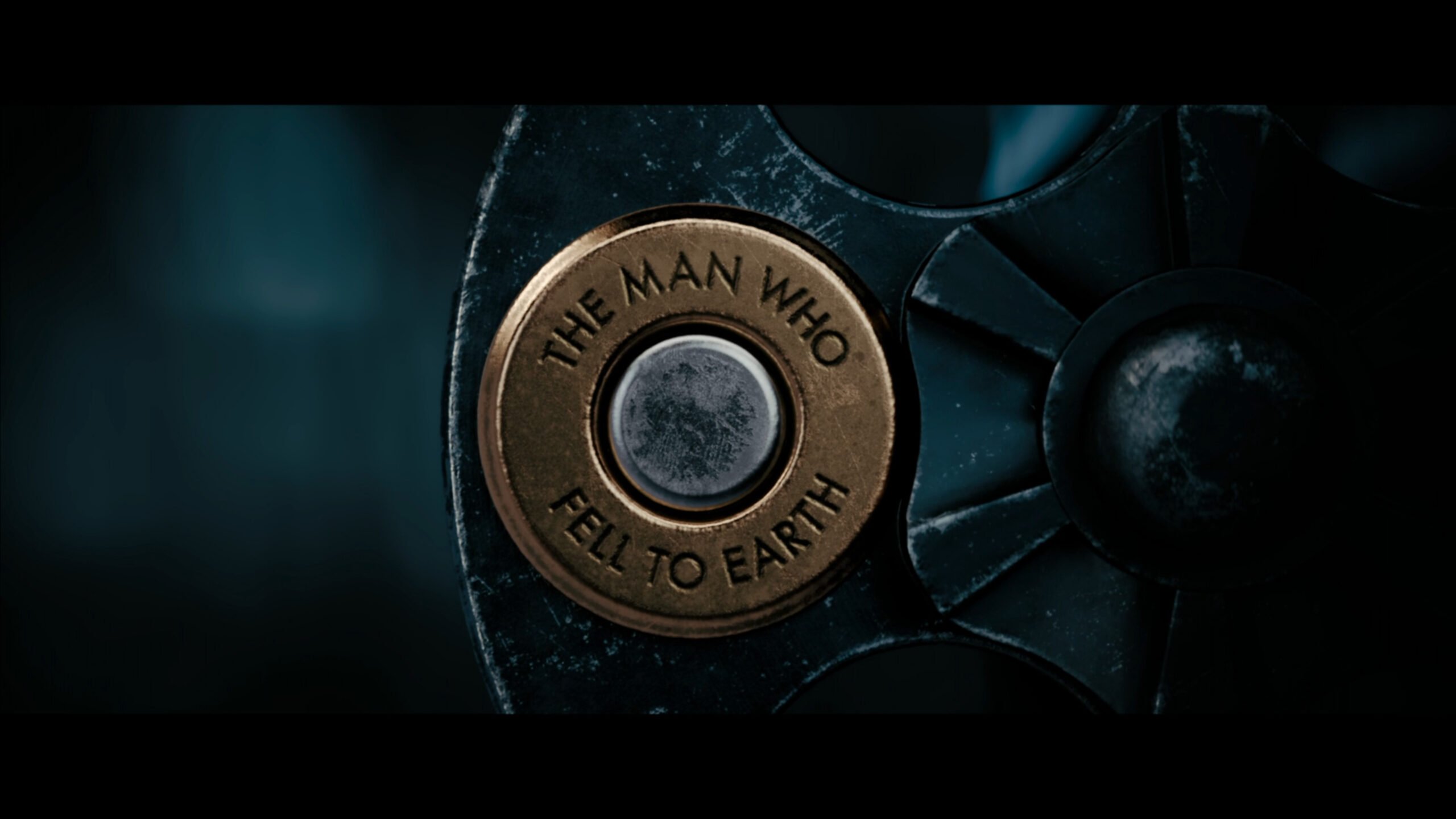 The Man Who Fell To Earth: Season 1/ Episode 9 “As The World Falls Down” – Recap/ Review (with Spoilers)
Overall
With giving a true penultimate episode that leaves you wondering how this will all end, “The Man Who Fell To Earth” sets up a grand finale that could potentially blow viewers' minds.
Highlights
Drew’s Long Game
Lisa’s Betrayal of Spencer
Justin and Faraday’s Means of Handling Lisa and Spencer
Edie’s Backstory
Disputable
80
Follow Wherever I Look on Twitter and Instagram, Like us on Facebook, and Subscribe to the YouTube Channel.