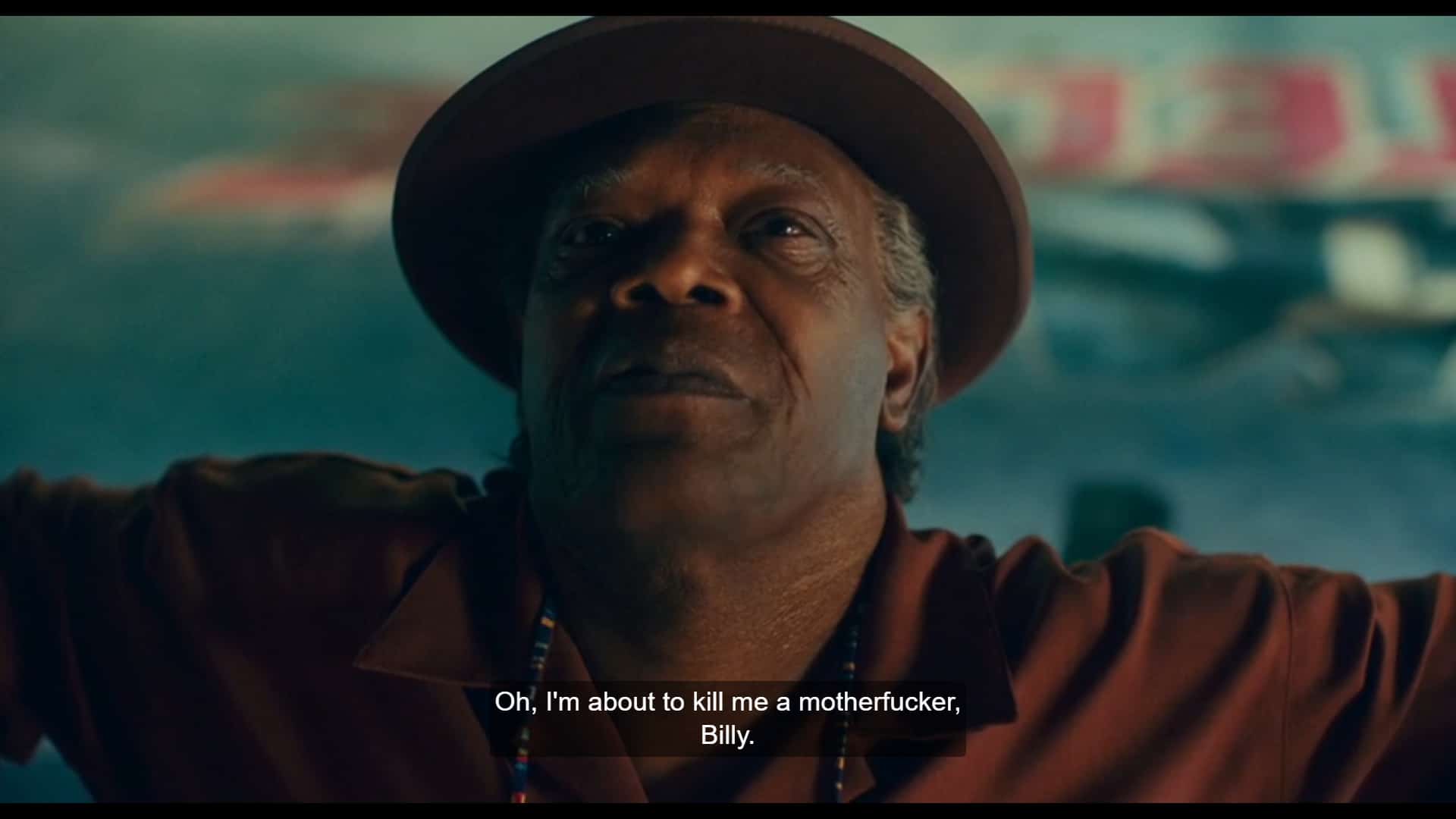 As Ptolemy plans to potentially catch a body, he also sees to his family being set up financially, but not the way Neicie would prefer.

I Need Someone With A Good Head On Their Shoulder – Robyn, Ptolemy, Sensia, Coydog, Syed

With memories of Coydog’s lynching back in full force, Robyn and Ptolemy dig up Coydog’s stole treasures: doubloons. Which, based on Ptolemy’s buyer for years, we’re told the coins are worth $50,000 each, and originally, Coydog stole 14. However, thanks to Sensia liking nice things, and her cancer bills, all Ptolemy has left are two.

But, alongside those two coins, he has about $40,000 in a suitcase, saved up over many years. As you can imagine, this all freaks Robyn out a bit, for she has never been around this much money. She is used to her father borrowing money to the point it got him killed or the life she had with her momma, in which she didn’t even have a couch to sleep on. Rather, it was a sleeping bag.

Hearing all this confirms that Ptolemy needs to take care of this gal. So alongside giving her some money for some new clothes, he buys a pullout couch for her to sleep on and to put the icing on the cake, makes her the signatory for the account holding $40,000.

I Know What You Did And Why You Did It – Dr. Rubin, Robyn, Ptolemy, Neicie, Hilly, Darwin

While Ptolemy is making progress, there is a need to question how long will this last? Dr. Rubin, who Ptolemy is still affectionately calling Satan, sadly says he can’t give a number. So all Ptolemy and viewers can go by is the 4 – 7 week measurement given in the last episode, with Ptolemy may be leaning more towards the 7 than the 4. Either way, he’ll need all the time he can get as Neicie and Hilly did end up calling the city, which leads to a man named Darwin checking on Ptolemy and Robyn. Under the assumption, Ptolemy is living in filth, and Robyn is taking advantage of him.

Sadly for Darwin, who seemingly was looking to snatch up Ptolemy, Dr. Rubin’s medicine is working as it should, but they’ll be back in a month because of all the mouth Ptolemy gave him. This gives Ptolemy more than enough time to head over to Neicie’s house and tell her what’s what. Because Ptolemy may understand her heart was in the right place, but that doesn’t forgive the action. After all, if she can take care of Nina’s kids and Hilly’s grown-ass, Ptolemy surely can’t be such a burden he couldn’t have some care as well, right?

That comment aside, as Robyn focuses on Nina’s kids, who have been at Neicie’s for who knows how long, Ptolemy has a talk with his niece and great-nephew. He reveals Robyn will control the purse when he dies and give them $900 a month for expenses, which Neicie protests, but Ptolemy makes it clear, it is what it is, take it or leave it. Also, he gets Hilly to admit he stole $50 from him, and with that, Ptolemy feels bad. He thinks about how he should have been there for the kid, but with Neicie noting Ptolemy had other things going on, we’re just left to assume he had to take care of Sensia or something else.

Now that his conniving family members have been handled, Ptolemy focuses on solving Reggie’s murder, which means talking to Billy. Through Ptolemy’s conversation with Billy, he finds himself pointed at Nina’s ex as being the culprit. From his regained memories talking to Reggie, and speaking with Billy, he learns the man was supposed to serve 20 years, got 12, and Nina was back in contact with him. Hence all suspicions point to this ex of hers. So with that in mind, Ptolemy is prepping to go down for murder and maybe time it for when he loses his memories again.

But, while he handles Reggie’s murder investigation, he is also keeping an eye on Roger and Robyn’s blossoming romance. Now, with Ptolemy not being Robyn’s daddy, he isn’t saying what she can and can’t do. After all, with a blade almost always in reach, and a good head on her shoulders, he doesn’t need to say much. However, he does tease her like she did him when it came to Ms. Wring, and all this love in the air has him talking about Sensia a bit more.

Strangely, it isn’t necessarily all positive. At least, in Robyn’s mind, hearing Sensia had lovers beyond Ptolemy sounds off to her, but Ptolemy notes he accepted her, and that came with the acceptance. As for Ptolemy stepping out? He did once, with Sensia’s friend of all people, and for an hour, she kicked him out but then brought him back in. Either out of love or knowing that ain’t nobody else would put up with someone, especially back then, who needed one man at home and multiple men out in the streets.

All your life you wanted so hard, you worried you’re gonna take something ain’t yours.
— Ptolemy

The Soft Side Of A Around The Way Girl

When it comes to Black women and girls, the opportunity to see their coming of age stories has long been scarce. You may see a short or indie movie pop up here and there, and of course, there likely are many on various platforms buried beneath an algorithm that isn’t incentivized to recommend the productions. Which is why Robyn having such a prominent role is important. She is a girl who went through so much trauma growing up but look at her. The stability and love given by one person has her healing.

With Ptolemy showing himself as dependable, potentially loving unconditionally, and maybe one of the first adults who has not only trusted but invested in Robyn, Fishback is able to give you a different side to the girl with a chip on her shoulder. She goes beyond you seeing the trauma and PTSD and has you look at the more complex bits. Be it Robyn, almost happy her momma died, how Ptolemy offering her money and things are so foreign she almost immediately rejects it, noting she needs to work for it. As if her getting that house cleaned, fixing the toilet, and so much more before Ptolemy was all there didn’t count. 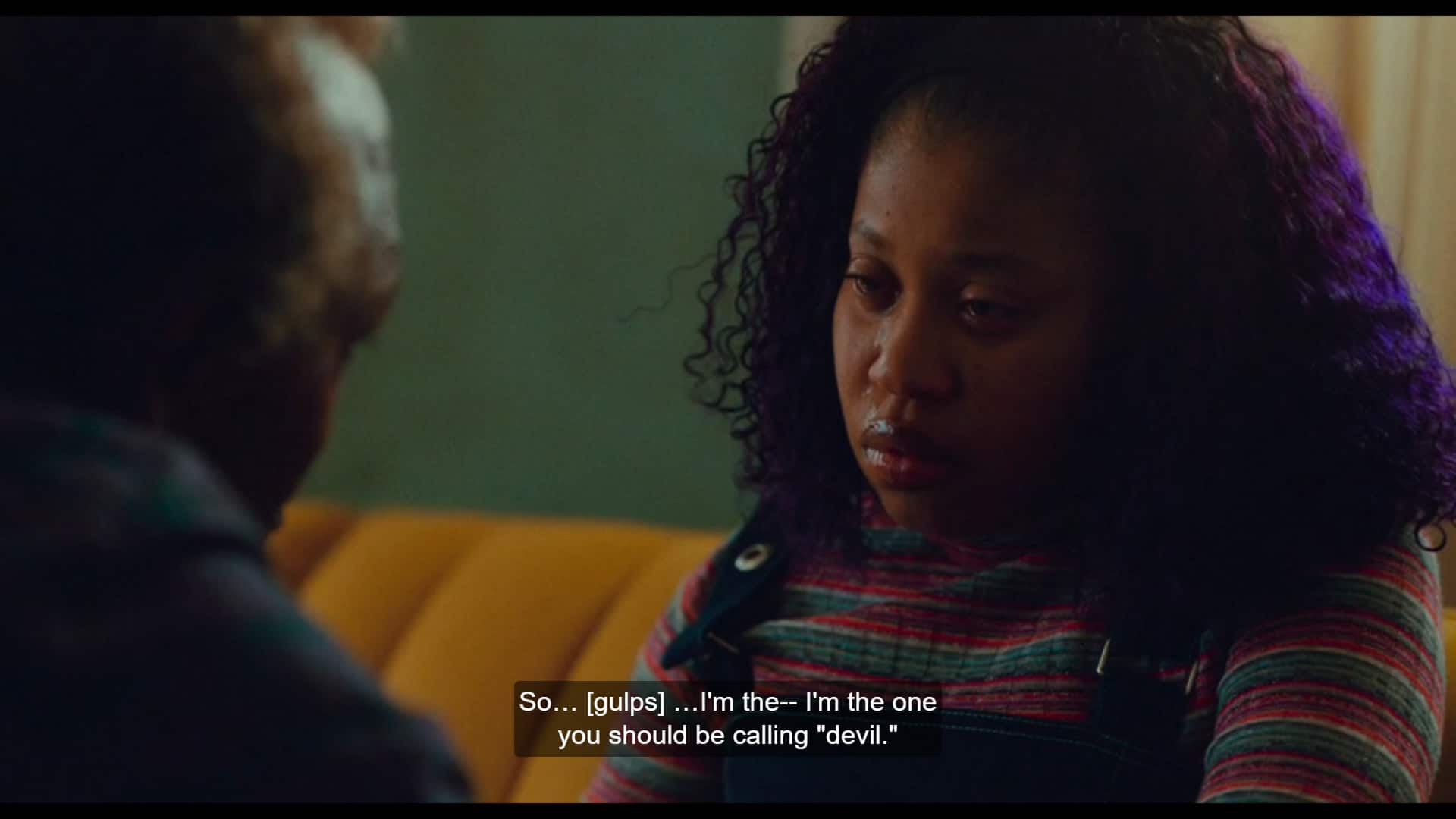 Too often, when it comes to girls like Robyn, they’re often written off unless they are exceptional due to their athletic abilities or are top in their academics. But in a way, Robyn represents those girls who have their GED, a good heart but were given a bad hand. Yet, even with all that happened and continues to happen, they have hope. Robyn had hoped after her mom died, things would be better and look at her now. She has the first bed she can recall having in life. Also, she has her GED and a nice boy who wants to take her to the movies rather than ask when Ptolemy goes to bed so he can get some. It’s all so cute and warms your heart.

Heck, it even leads me to wonder when are they going to give Fishback a romance movie because her roles show she makes a wonderful partner, and seeing her not have to play a role with a notable amount of tragedy would be nice.

Neicie More Complicated Than She Appears

To further develop the appearance of the around-the-way girl, we got Neicie, who you likely wanted Ptolemy to curse out when Darwin showed up at his door. Yet, what we appreciate about Ptolemy is that he gave his niece grace. Did she do something which disturbed his peace and could have had him locked away? Yes. But rather than write off her action, or even Hilly’s, as an act of malice, he recognized that their needs weren’t being met, so they acted desperately.

Neicie, who is seemingly always taking care of someone else’s responsibility, is trying, but she is struggling. She has this boy in Hilly who got her mixed up, but he has an outweighed influence with him being a consistent presence in her life. Also, with Nina’s kids in her house, and who knows what Neicie’s opinion of their momma is, the idea of taking on Ptolemy was probably overwhelming? I mean, Reggie was a blessing for looking out for him since that eased her guilt for Neicie knows Hilly ain’t worth a damn. That he wasn’t going to step up and take care of the man who sometimes was more than an uncle to her.

But, just as Robyn had it hard and deserves her happy ending, so does Neicie. It’s just Neicie is grown and made more decisions that focused on self-preservation, is all. Which should be understandable for the idea of the “Strong Black Woman” who does it all is toxic and hard to manage. Something has to give, and for Neicie, and Ptolemy, unfortunately, taking care of her uncle was seen as what could break the camel’s back.

The Last Days of Ptolemy Grey: Season 1/ Episode 4 “Coydog” – Recap/ Review (with Spoilers)
Overall
The Last Days of Ptolemy Grey remains one of the best shows on Apple TV Plus, and we can only hope, as much as ratings and checks matter more than accolades, this gets recognized for every award it can be nominated for.
Highlights
The Soft Side Of A Around The Way Girl
Neicie More Complicated Than She Appears
Disputable
87
Subscribe to our mailing list Follow Wherever I Look on Twitter and Instagram, Like us on Facebook, and Subscribe to the YouTube Channel.