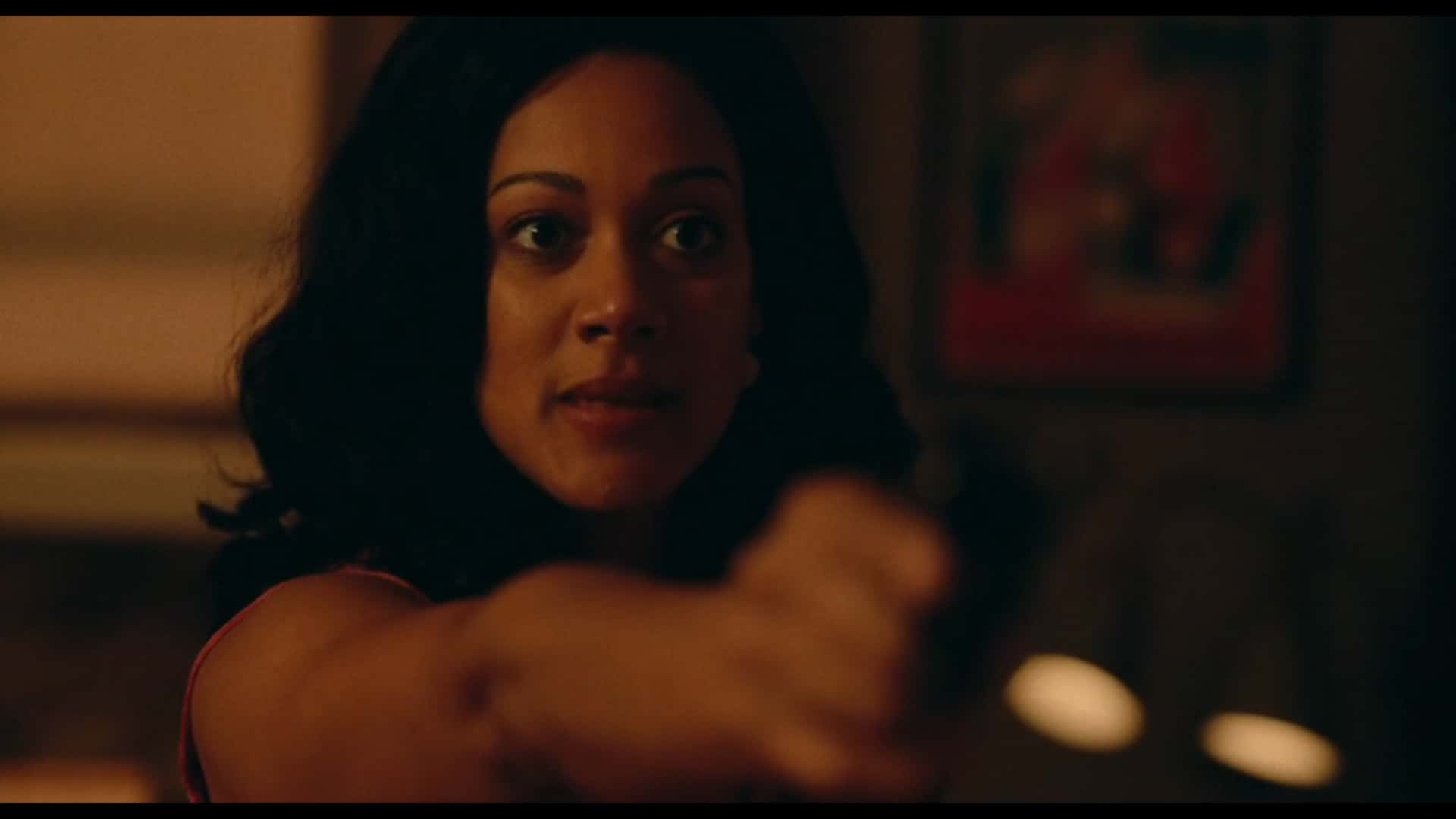 As Ptolemy begins to get his memories back, he gets an equal dose of trauma and delightful memories of his lady Sensia.

So what is this treasure Coydog keeps yapping about to the point it was one of the only things Ptolemy could remember about him, despite his death when he was around 6? It was someone Coydog stole from a local, former slave master to sharecropper manager. He called it a Black Heart, put it in the well for Ptolemy to get later and for taking it, Coydog seemingly was hung. Thus making him the first man Ptolemy saw die.

Robyn isn’t so sure about Dr. Rubin since he isn’t the most forthcoming person, and she sees what his drug does to a Black woman waiting in one of his examination rooms. However, with a taste of who he used to be once, Ptolemy has no issues signing a deal with the devil as long as it doesn’t mean his soul, so he takes another dose of the drug, which is supposed to not just bring most of his memories back, but all of them. Though, once the drug no longer works, it is made clear he’ll be worst than he ever was before.

For a little bit, this causes friction between Robyn and Ptolemy. For their dynamic, it’s changing with him making decisions for himself and not leaning on her as heavily. But he reassures her that he still needs her. It is just for once in her life that she will be taken care of and not taking care of somebody, as she did with him and formerly did with her momma.

But, while things are good between them, when it comes to Hilly and Niecie? Things aren’t good. As mother and son, those two are okay, but when Billy helps Robyn get her things from Niecie’s house? Hilly and him have a tiff, alongside him and Robyn. Because of this, he decides he is going to stir up some trouble, including the idea that Robyn is taking advantage of Ptomley and getting money that they, him and his mom, should take an interest in.

With his mind clearer than ever, it makes Ms. Wring coming over to return the money she borrowed nice. Especially since she ain’t bad to look at, and while no one could ever compete with Sensia, who doesn’t like a little companionship? Robyn sees these two get along so well that she decides it’d be good to do some grocery shopping and give the two some alone time.

Which, on her way back, leads to her meeting Roger, one of Reggie’s friends, who worked as a carpenter with him and didn’t know he died. Now, being that Robyn didn’t know what this man wanted and didn’t like him knowing her name but calling her “girl,” she starts off very curt. However, he is very gentlemanly and walks with her home, and even gets her giggling a bit. To the point that Robyn doesn’t seek advice from Ptolemy after Ms. Wring leaves, but it puts her in the mood to tease him about her, which leads him to talk about Sensia.

Now, it’s made clear that things didn’t start off easy with Sensia in a flashback. She was attracted by his desire to stay fit and enjoyment of reading, both instilled in him by Coydog, but it was a bad time. She was at the edge of the end of her relationship with a man named Ezra, who didn’t take kindly to her entertaining another man’s attention.

However, Ptolemy wasn’t just anybody, and within 3 days, Sensia was smitten, left Ezra, and was ready to move on. On the other hand, Ezra wasn’t ready for her to go and seemed ready to beat Ptolemy with a bat after breaking down his door. Luckily, Sensia stayed strapped, and on top of that, Ptolemy, which he didn’t mind starting things off with some blood, held her back from killing her former abuser.

But, with recollecting about the night Sensia came over for the first time, that jogs Ptolemy’s memory about where Coydog’s treasure is, and Ptolemy wakes up Robyn to help him get it.

I ain’t saying I’m bad. It’s just that, I never stood up to be counted. I always kinda blended in with the crowd and went along with the program.
— Ptomely

“You can’t have everything. You gotta accept that and settle on what you need.”
— Sensia

Getting To Properly Know Sensia

Up till now, Sensia has been a dream girl. Someone you even questioned if she was real or maybe a fantasy. Someone Ptolemy built a life for but didn’t really have to himself. Now, she is less of a dream, since we know how their relationship started, and got a taste of who she is. Granted, there remains the question of who she became and why we have yet to see an older version of her, but hopefully, over the next three episodes, we’ll get additional answers.

At this point in Robyn’s life, it seems taking care of adults is the norm for her and the power dynamic allows her a certain realm of safety. If she is needed, she can’t be discarded, as Niecie showed her. Hence her unease with Ptolemy getting back on his feet but with knowing this isn’t going to last forever, and he has been gone for quite some time mentally, he makes it clear he isn’t going to discard her. Just because he is now on the good foot, it doesn’t mean he will be like the rest of his family.

In fact, with the way Ptolemy seems, he spent most of his life taking care of others, and for that, even if a short time, he is grateful to Robyn. After all, Ptolemy makes it seem he moved to Georgia from Mississippi for his sister June to help with her kids. Hence why, Pity Papa is his nickname, since he might have been more of a father to his nieces and nephews than their own daddy. Yet, only one of them, a great-nephew, was consistent and didn’t try to take advantage of him. So, with that in mind, while Robyn ain’t family, she thus far is more reliable and loyal than many of Ptolemy’s blood relations.

The Drama Hilly & His Mom About To Start

Does The Last Days of Ptolemy Grey have enough drama due to the search for Reggie’s killer, Coydog’s treasure, Sensia and Ptolemy’s relationship, and Ptolemy having a limited amount of time to stay lucid? Yes. But it was made clear early on that Ptolemy got a big family, and outside of Reggie, most of them may not be s***. So with that in mind, Hilly and his momma trying to get Ptolemy put in a home and take his money is one hell of a simmering story. One that could help reveal more about this so-called family Ptolemy has and why, despite that big house, it was never an idea or option for him to move in.

What Roger Can Bring To Robyn’s Life

It’s one thing for a kind old man like Ptolemy to love Robyn, but there is something about Roger wanting to woo her, court her, and make her feel all giggly that is nice to see. After all, anyone who sleeps with a blade within arm’s length has definitely been through some things, and when it comes to intimacy, it likely came uninvited more often than not – Hilly, for example.

So to see a nice young man, granted a few years her senior, be nice to her and get her giggling is nice. Now, this isn’t to say if the age gap is significant, we’re pro the show ignoring that. However, it would be nice if Robyn could get some normalcy in her personal life now that she has a stable home environment.

Wondering If We Have Enough Time For The Full Story

With this being a limited series and an estimated three hours left, so comes the question of what might get covered and what may remain a mystery? Episode 4 is entitled “Coydog,” 5 is “Nina,” and 6 is “Ptolemy.” With that in mind, it seems we’re going to get a heavy dose of Ptolemy’s childhood, insight into Nina’s relationship with Reggie and what was going on, and then an episode to wrap everything up.

This leads me to wonder if the next episode may go deeper into Ptomely’s life in Mississippi, especially his decision to leave for Georgia, besides June asking him to. Never mind his early days in or around Atlanta, Georgia, and dealing with the way things are there compared to his country life in Mississippi. Also, Sensia remains a mystery, as noted above, since we only have bits and pieces of her story. Add in questioning how trash most of June’s kids are, and while some of these topics aren’t the main things this show is trying to explore, at the same time, I hope they don’t end on the cutting room floor.

The Last Days of Ptolemy Grey: Season 1/ Episode 3 “Sensia” – Recap/ Review (with Spoilers)
Overall
As we dive deeper into Ptolemy's memories, both the joyous and traumatic ones, it's hard to not be fully engaged and entranced by the storytelling and performances. Even of characters you hope get smacked with a wet fish.
Highlights
Getting To Properly Know Sensia
Robyn and Ptolemy's Interdependency
The Drama Hilly & His Mom About To Start
What Roger Can Bring To Robyn's Life
Disputable
Wondering If We Have Enough Time For The Full Story
82
Follow Wherever I Look on Twitter and Instagram, Like us on Facebook, and Subscribe to the YouTube Channel.