As Shaun continues to reconcile he can’t be everything to Lea, including during the birthing process, Alex and Morgan’s situationship takes a turn.

With an MMA fighter that Asher swoons over, Bradley, coming in and learning he has breast cancer, so comes the issue of him maintaining his masculinity. Mind you, the man has implants to make his pecs seem firmer but having breast cancer and having what looks like a dent in his chest, he has issues with. 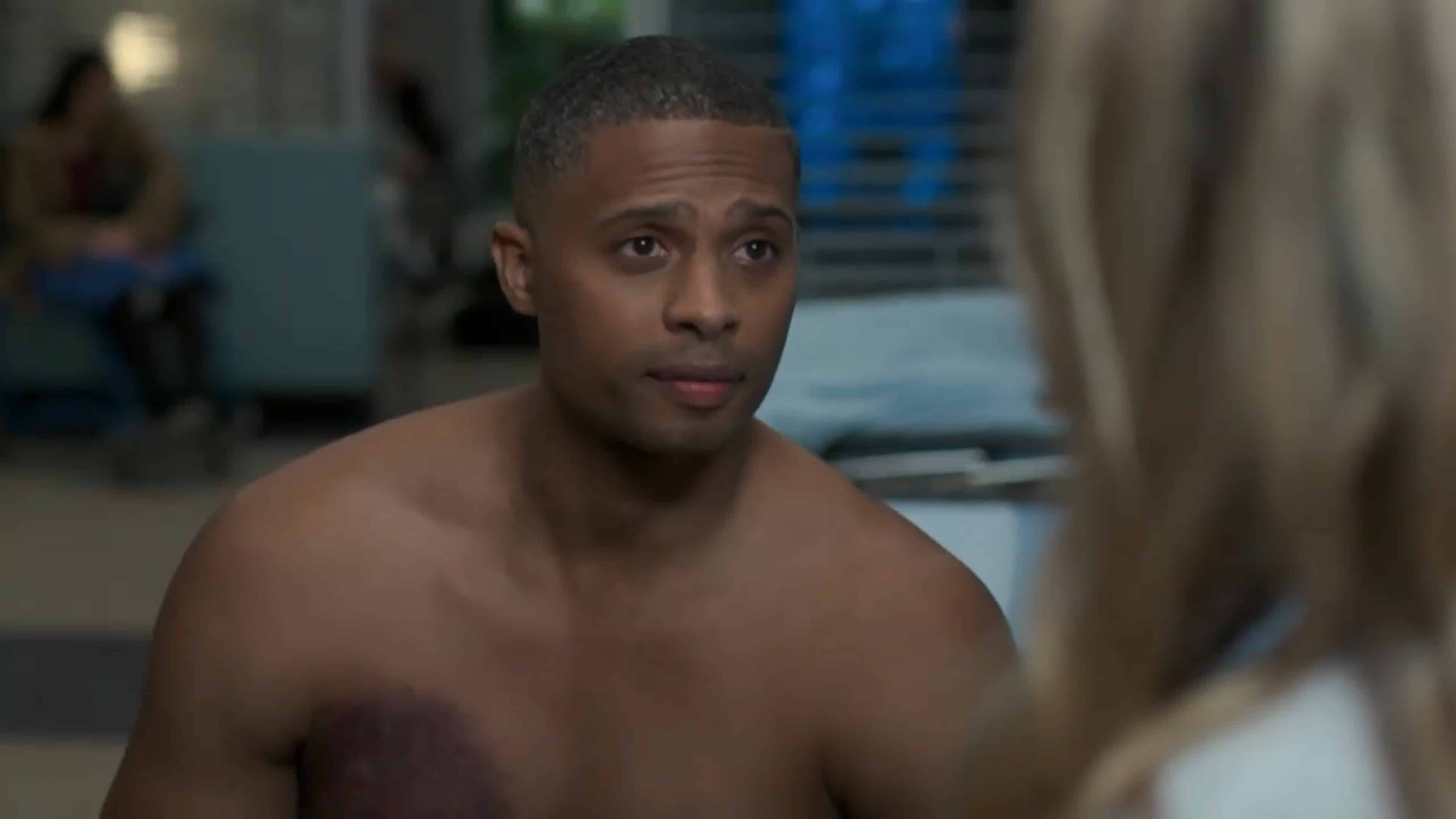 Though what might draw a bit more attention is that Morgan continues to want a consistent thing with Alex, but nothing romantic. Rather, she wants some consistent sex and no strings attached. Well, in theory. For what we see when Alex starts seeing a woman named Heather Boyd, a doctor in a different specialty, Morgan seems a little jealous.

So maybe she should make an addendum to what she wants? Perhaps it is less about them both sleeping with whoever they want, and more so neither one falling in love with someone else.

Side Effects Of Not Being Taken Seriously – Jean, Shaun, Claire, Jordan

With a patient named Jean, we meet a pilot who has fought her way to quite a few accomplishments. Mind you, at the cost of relationships with her daughter and potentially husband, but she nearly has it all. However, with being in the hospital, she finds herself barely able to get through ha hip replacement surgery, with no one really understanding what’s wrong. 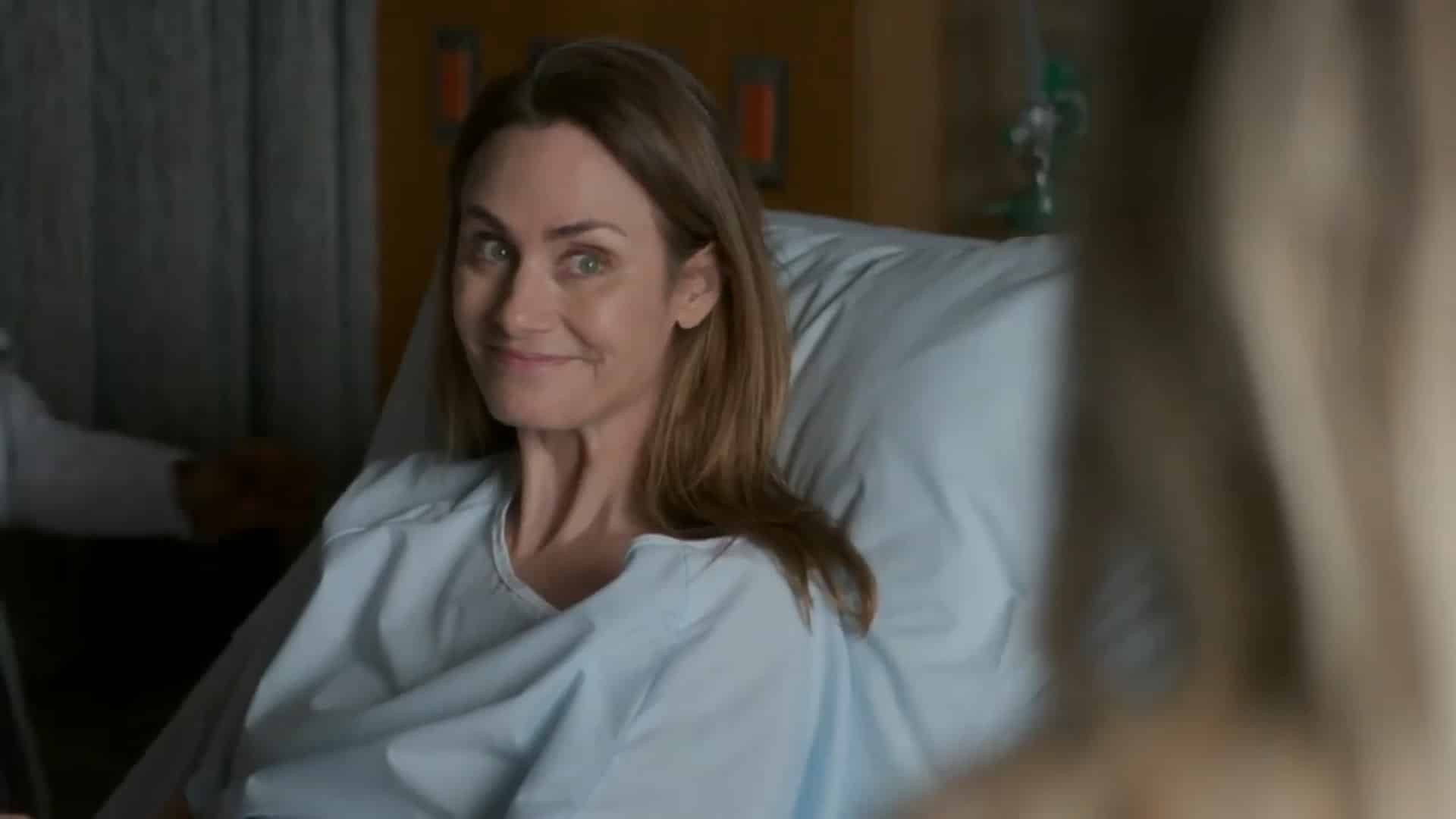 Her doctor uses the catch-all of her going through menopause, but that’s not quite it. So, between Claire, Shaun, and Jordan, they don’t just search medical journals, but also social media and blogs, which lands them on Parkinson’s Disease. Leaving them all to realize how neglected studies on women’s health are, especially for medical professionals.

There Is Nothing Wrong With Delegating – Shaun, Lea, Dr. Glassman, Theresa, Dr. Lim

Being that Shaun has always fought against people’s perceptions of him and what he is capable of, it’s painful to hear Lea desires a doula named Theresa to join them throughout the pregnancy and birth. After all, he is the father, Lea’s partner, and having a doula there means he is less than. However, for Lea, the argument is, it isn’t about Shaun being less than. It’s about her going for a very big event and change and not having the time for Shaun to get adjusted or being willing to give him the opportunity to back out if he gets uncomfortable. It is not a guarantee it will happen, but she has to prep.

After all, with the dynamic Lea has with Shaun, it is about prepping herself, taking a deep breath sometimes, and upping her empathy for him. However, as she noted previously, she can’t manage how Shaun feels, how she feels, and the anxiety that comes with being pregnant, on top of all else she has in her life. So, pretty much, Theresa being there is not up for debate. 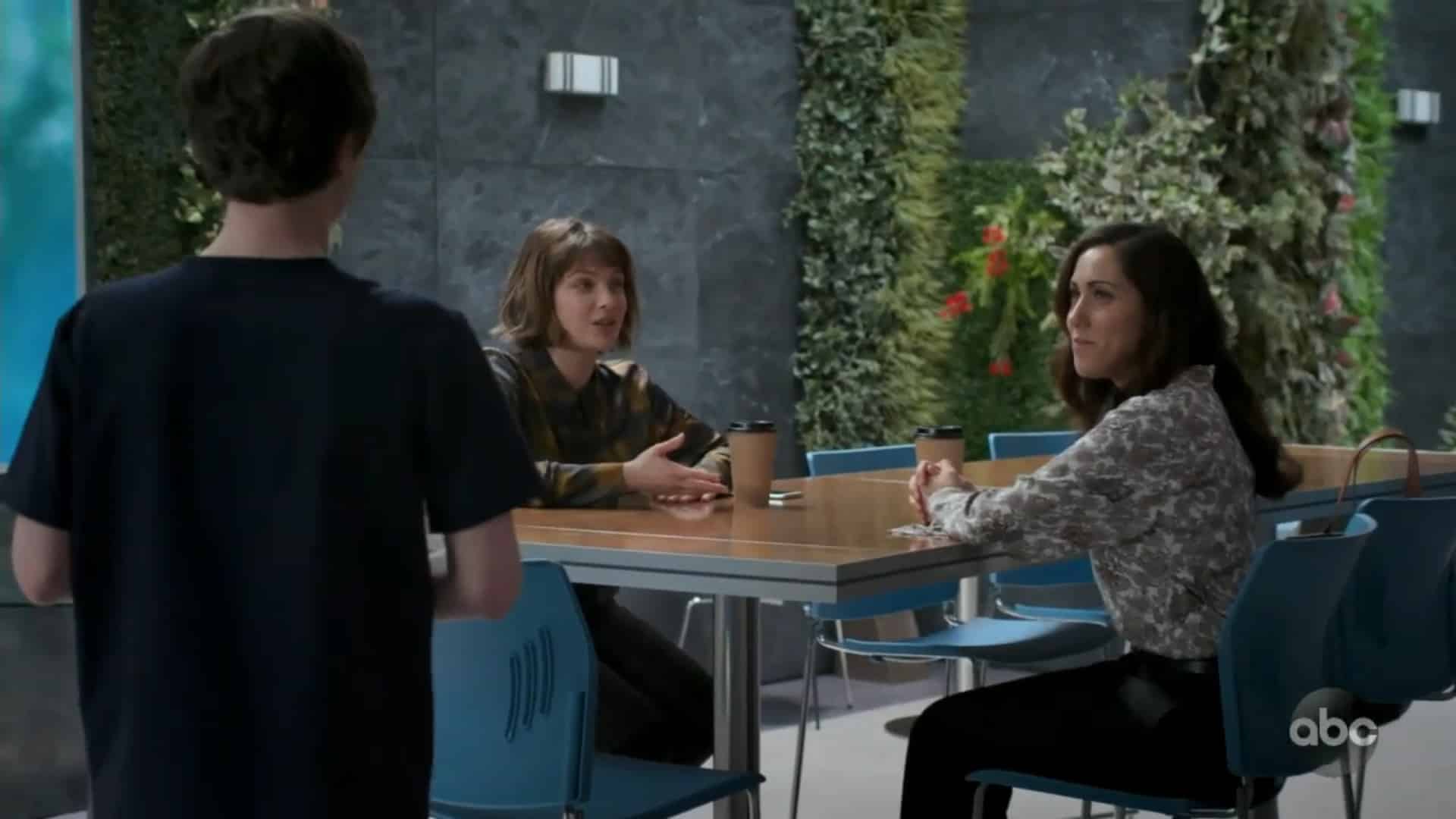 This, as you can imagine, leads to Shaun asking questions about childbirth and so much more from everyone. Be it asking why Dr. Lim doesn’t have a kid to walking in on someone giving birth to interview them. An act that leads to him ending up in Dr. Glassman’s office and thankfully without a write-up. For at this point, it seems everyone knows Shaun line steps, and Dr. Glassman is the best one to send him to.

As for Dr. Glassman’s handling of Shaun? To sum it up, Shaun is pretty much pushed to support Lea and set his ego aside. An idea Shaun only comes to accept after seeing all Jean has gone through for care, as well as women in general.

Understanding Shaun’s Need To Be Lea’s Everything

Since the beginning of The Good Doctor, you could submit Shaun’s focus was fighting for his place. Yes, Dr. Glassman gave him a safety net and helped him join the hospital’s residency program, but Shaun’s journey has never been easy in proving he deserves every opportunity everyone else gets. So when it comes to Lea, you can understand why he wants to be her everything throughout the pregnancy. At one time, Shaun may not have dreamed this is possible, so he doesn’t want to miss a single moment.

Hence him pushing back against the idea of Theresa, for it presents yet another perception he is less than. That he is incapable of learning and it coming from Lea, of all people?! Oh, that hurts him immensely. Yet, what we believe Shaun is owed, is recognition that while his empathy doesn’t kick in quickly if presented with enough scenarios, similar to his own, he gets it.

Case in point, seeing all Jean went through to get a proper diagnosis, just because no one really took the time to listen and investigate her symptoms, it made Shaun realize he may not be any better than the doctor he admonished. And while you can see Shaun’s ego and perhaps a sense of masculinity is wrapped up in being a good father, there is no denying a sense of maturity in him realizing it would be best to step aside for Lea’s benefit.

The Conversation About Women’s Health

This brings us to the Women’s Health topic. Like when The Good Doctor talked about prejudice when treating people of color, though Black people specifically, you have to appreciate when the show peers outside of its bubble and focuses on larger issues. Granted, is it going to be a thing on this show? Absolutely not. The Good Doctor acknowledges many issues within the medical field, from sexism, racism, ableism, and more, but it never really pursues being overtly about this or that ad nauseam.

Rather, as shown by the COVID episodes, it wants to acknowledge what goes on in the real world and expose its viewers to that, as much as it does Shaun’s capabilities.

Are you entertained? I’m not. I feel like as much as you can see, long-term, this is about Morgan allowing herself to feel and express emotions, in the meantime, this is about building Alex up. Be it showing him as a hot bachelor, noting his sexual prowess, and finding means to give him screen time.

Which, don’t get me wrong, I get. Considering Daniel Dae Kim, when he sold The Good Doctor lost having an Asian lead, you damn well better believe he was going to have at least one Asian male and one Asian woman on the show who defy stereotypes! But in comparison to Dr. Lim, Alex is so dry that it would just be better to introduce someone new. It feels like they have tried to improve Alex since his introduction and have just gotten to one dead end after another. Thus leading to trying to find something that’ll stick and bring him the same prominence Morgan, Claire, and the others do, without having him piggyback off of someone.

A task that, to us, has failed. Despite Alex Park being one of the older residents, with a whole career before he became a doctor, every which was they tried to make him stand out has long lost its luster. Be it him being a father, someone’s husband, a cop, each unique thing that helped him stand out didn’t bring him the same oomph that has allowed Alex’s peers to not require a co-star to bolster their story.

So while we know they will never cut him, here is hoping that, similar to Dr. Andrews, maybe even Debbie and a few other less seen characters, Alex is a recognizable part of the show but isn’t put into the race to be treated as one of the top stars.

Understanding Shaun’s Need To Be Lea’s Everything - 85%

The Conversation About Women’s Health - 84%

As Shaun experiences another learning curve/ obstacle, Morgan might be realizing too that she can't always have things her way and expect joyous results. Sometimes, you have to give in.

Yes! yes! yeees! to everything you said about Morgan and Park. I am loving the pairing

Here! I actually did enjoy the Morgan/Park-storyline this episode – it was neatly tied into the general theme of gender roles and expectations, albeit it reversed the traditional roles of mating with Park was seeking attachment and exclusiveness while Morgan was aggressive and promiscuous.

This episode also answered why Morgan did fall for Park in the first place: she is very much into muscular bodies and man that do a manly job– as alluded to before with her enjoying treat (and watch) the firefighter in 4.03 “Newbies” and the hook-up with an American Football player mentioned in 4.05 “Fault”.

With the MMA fighter Morgan got almost as bushy-tailed as Asher once she had laid her eyes on him, beaming to stick a hilariously large needle into his breast. Fiona Gubelmann’s delivery of Morgan’s disappointment when the fearless fighter freaked out was priceless – still holding the large syringe that effortlessly can be read as a phallic icon on behalf of the female character in this context.

So, it’s Park’s martial arts-styled body and his past as a cop what got Morgan into the hay with him, reenforced by her taking a picture of his body for private and further use (again, this is behavior traditionally attributed to men). Unfortunately, Park wants to put this part of his life behind him, because it did cost him his marriage and his family. Park wants to be seen as an doctor, a stable and dependable partner – thus the picture of him reading Proust…

Morgan and Park have reached a crossroad now. It will be interesting if they find common ground again or if this was just a phase for the characters defining their individual requirements in their future romantic relationships (as far as the show would be willing to allocate time to that).

Hi Amari! Just me right now? Then I will use this opportunity to comment on a past review of yours first. It is from Season 4, Episode 12, about the older surgeon whom Shaun diagnosed as having ASD. Your review of that episode, specifically the sections focusing on that surgeon and the comparisons to Shaun, was beautiful and the best review you have ever written! In fact, I was more moved by your review then by the episode itself!! Well done, Amari, well done!!!!

Now on to this episode. Compared to the previous episodes, I found it kind of dull. Maybe that’s because the writers insist on dragging out and giving prominence to the Alex and Morgan storyline. Like you, I’m not entertained either! I can’t tell you how much I agreed with every part of that last section of your review! I know you don’t control the scoring, but I chuckled at the 72% given to “The Morgan x Alex Situation”. I think their storyline deserves a score in the low 30’s!