As Claire’s dad shows up, so comes the question if the two may reconcile. Also, we watch as Alex and Morgan, and Shaun and Lea, deal with their evolving relationships.

I Just Want To Keep Things As They Were – Leo, Maya, Asher, Alex, Morgan

The struggle for both Morgan and Maya, Asher’s patient, is the fear that if things were to change, the relationship they enjoyed would be gone. For Maya, she fears that if she can no longer dance with the gay Leo, the intimacy she enjoyed from him would be over. As for Morgan? A part of her is so comfortable in the dysfunction that was her and Alex’s relationship that him being nice now? She doesn’t know how to process it, so she’d rather reject it.

This is upsetting to Alex since, with them having sex and admitting feelings for each other, he expects them to grow closer. But, similar to what we saw with Shaun and Lea in the past, as ready as Alex might be, this doesn’t mean Morgan is on the same page – at least until she is chastised and threatened with the possibility that Alex might walk away. Thus, while it is a struggle, she tries to become less about the tit for tat and more about reciprocating acts of affection. 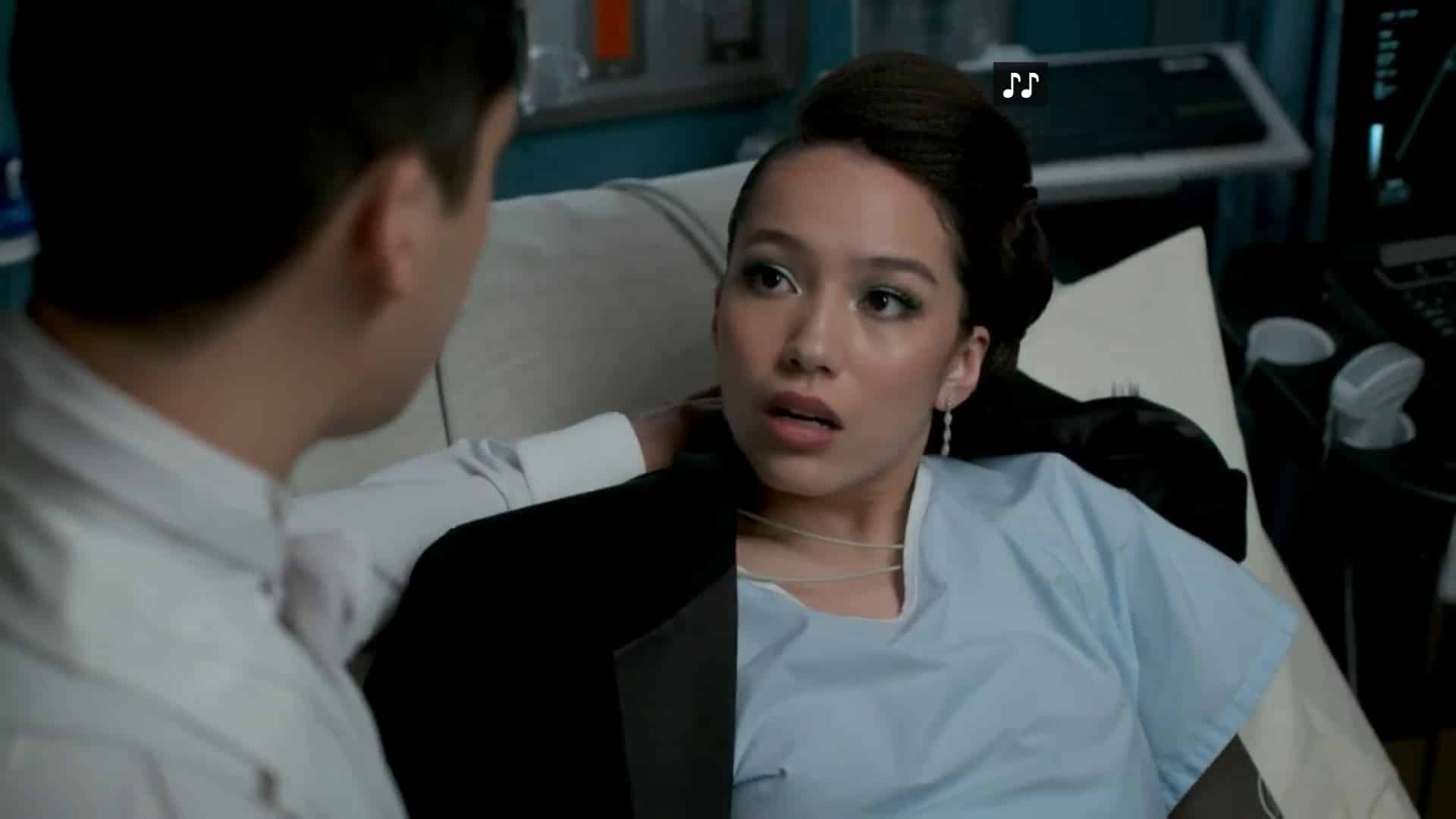 Though, just to show he still is more than willing to mess with her, while it is raining, rather than give Morgan a ride, he teases the idea and drives off. As for Maya? Well, unfortunately, she doesn’t get the same happy ending as Leo seemingly finds her becoming an amputee too much, and thus, Maya will have to find someone new to fill the role(s) Leo did.

With Claire’s father, Miles, showing up, having a stroke, it being revealed he has cancer and familial adenomatous polyposis? Well, we’re given your usual, deadbeat dad trying to make last-minute amends story. And with Miles triggering all she went through with Breeze growing up, she isn’t for the apologies, and him dying doesn’t really affect her much. However, with everyone, Dr. Lim especially, playing the role Claire usually does and pushing her to feel something, she eventually caves and tries to rebuild her relationship. Though, before she makes the leap, she talks to Shaun, who, even with him going through stuff with Lea, and a very terrible relationship with his father, is an excellent source of comfort and advice. Specifically that Claire doesn’t know the whole story and that her dad is trying and clearly feels something. This is opposed to Shaun’s dad, who coerced, through Shaun’s mom, for Shaun to come to him and still rejected him. In comparison, while Miles did abandon Claire, partly because he couldn’t get Claire without dealing with Breeze, he is at least showing an effort without strings attached.

You could submit, Shaun is just really getting comfortable with his and Lea’s relationship, their rhythm, and the complexities of living with someone you are in love with. This is why their child, nicknamed “Berry” for now, is complicating things. For Shaun, Berry is making Lea irritable, less willing to go the extra mile for Shaun, and he doesn’t like it. It makes him feel distant from Lea, and all she can say is that his complaints make him sound selfish.

So, as usual, Shaun polls co-workers, and Dr. Glassman makes it clear: Shaun will have to adapt, despite not liking to do so. Point blank. For the alternative is what Dr. Glassman did when Maddie was born, which allowed there to be a distance that affected his relationship with his partner and daughter.

Thus, Shaun finds himself relying less on the idea his relationship will e 60/40 in his favor and that it will have to be closer to 50/50 for it to work. Otherwise, what Lea is complaining about now will mark the beginning of the end of the relationship. And while Shaun has autism, he is a man of logic and knows if Lea is unhappy for long periods of time, she will leave him. Add in the trauma of his parents abandoning him, as well as Dr. Glassman and Alex’s sordid tales of child-rearing, and Shaun has every reason to believe Lea could follow the examples he knows.

Which, likely, are his biggest fears.

One of the things The Good Doctor constantly presents is the idea that, as much as you could see something as a side effect of Shaun having autism, often it’s universal. In this episode, the example is Shaun being happy about having a child with someone but not appreciating how that child coming into play changes the relationship. For Shaun, his dynamic with Lea meant she could adjust her wants and needs to fit Shaun’s, for she didn’t have a split focus. Now, with a kid on the way, she can’t work at both adapting to Shaun’s eccentricities while dealing with a child yelling, screaming, and in need of her attention.

This is something men go through in general. Call them selfish or just unaware of how beneficial the two-person relationship was for them, but having to lose that attention and affection to someone else is difficult. In many ways, what Shaun goes through presents how men are forced to change mentally and emotionally while their partner, if cis female, is changing mentally, emotionally, and physically.

Ultimately making it so, as much as having a child is a blessing, at the same time, behind that beauty, is a reckoning of how strong the relationship truly was before you got a third party involved. Morgan addressing the changes to her and Alex’s relationship

While Morgan’s record with love interests is nowhere near as bad as Claire’s, it isn’t all that great either. The last guy she was really into died, and outside of that, she just hasn’t had, or rather made the time. Instead, she got close to Claire and got constantly pushed away, and with Alex, who lives with her and whom she has had sex with, things are on a whole new level for her.

Lest we forget, Morgan’s last major relationship was an engagement she ruined by cheating. So you could see this all as Morgan still punishing herself, and the banter and pranks aren’t so much her love language as much as the best she expects and deserves. After all, if she punishes herself, maybe she won’t get the punishment karma is prepping her for? It’s hard to say.

But, by being vulnerable, opening up, and trusting Alex, it means Morgan not having a quip or defense ready and Alex having the ability to actually wound her. And for someone like Morgan, who thrives on being seen as strong, and always ready for a battle of wits and intelligence, not being ready, under the impression you didn’t have to get ready, is hard.

In our viewing experience, when the deadbeat parent comes around, they usually die within one or two episodes. With Claire, considering her past has an overwhelming influence on her present, there is hope that with Miles having a relationship with her, it could be a turning point. For as much as we love Claire, she is in a bit of a loop. One that pushes the idea we’re dealing with more than just someone’s personality but that there is a formula involved which may get the players changed but still delivers the same expectations.

So considering Miles is her father, not a love interest, or supervisor, even a co-worker she has to learn how to adapt to, this is a new kind of relationship. This isn’t to downplay Breeze, but the baggage there is different from the baggage Miles brings. Her issues with him come from absence, not long-term suffering. And when you consider Claire just barely got to see her mom become straight and narrow, maybe seeing her dad have a good life and give him a proper goodbye could ultimately be healing?

The arrival of Claire’s father brings a new arc to her formulaic storyline, and Shaun’s struggles with Lea continue to push viewers to question what’s specifically an effect of Shaun having autism or simply being a man?

I’m late for the game this time but let me express how intrigued I was by your observation, Amari, that what Shaun goes through this episode is something every expecting father has to go through.

Since I never had kids of my own, this is the first time in the series’ run that I feel completely out of the loop with what Shaun is experiencing. The more I’m grateful for your input on this, Amari! ?

Now, concerning the newest developments between Morgan and Park – I had some doubts myself with this pairing, although of a different kind than what you have brought up in the past.

On paper, this couple made a lot of sense to me. Morgan is just a difficult character as Shaun; thus she needs a strong counterpart that is not only experienced but also a masochist to some degree… Enter the seasoned ex-cop! ??

Though, when I look at how the characters have been developed and performed, I got some doubts. Will Yun Lee does in my opinion an excellent job at portraying Park as the stone his father taught him to be – which makes Park a little boring compared to Fiona Gubelmann’s multi-layered Morgan. Thus, they don’t give me the vibes for a roll in the hay being their destiny.

So, it came as a relief to me that “Spilled Milk” turned this arc into an exploration of Morgan learning to be vulnerable for a change. This plays into all the strengths of both characters: Park can remain the well-meaning buddy while we watch yet another piece of Morgan’s armor coming off. With that, the script stayed true to both characters.