The Good Doctor: Season 1 (First Half) – Recap/ Review (with Spoilers) 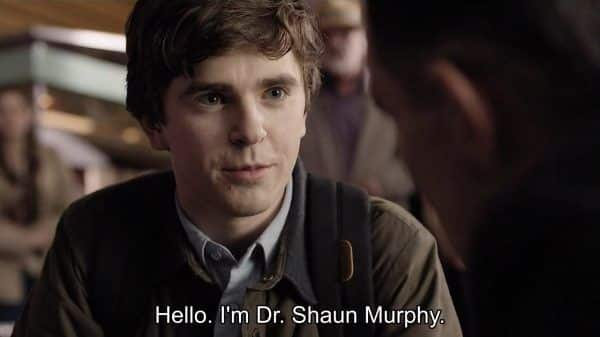 Once Claire got juicy storylines, Jared sort of fell to the waste side. I mean, yeah, Claire’s influence made him a bit softer around the edges and a better doctor but he remained kind of stale. Even with it being made clear life wasn’t all sunshine and caviar for him.

I can’t pinpoint one exact reason but I do believe, similar to Jessica, even with more time and development put into Jared, he just never was made to be that impactful.

The Devolution & Mysteries of Dr. Glassman

It is very hard to understand how Dr. Glassman went from Shaun’s biggest advocate to treating him as if he, Dr. Glassman, himself, likely didn’t prep Shaun to be the doctor and person he is. The sort of 180 turn, as Dr. Melendez and Dr. Andrews were accepting Shaun, is just too perplexing. And while there is a part of me which would love to bring up his daughter and maybe saying he is overprotective because of her, maybe the whole shooting incident, and things of that nature, then I remember Dr. Glassman isn’t new to this.

He isn’t new to Shaun and how he acts. It isn’t like Shaun is some kid he met doing a lecture and now he is looking to mentor him into a firmly established career, like he did with Dr. Melendez. Nope, Shaun is a kid he knew since he was probably not even a teenager. On top of that, it isn’t like Dr. Glassman isn’t a – you guessed it – doctor! He knows what goes into working at a hospital with gunshot victims, working the floor after tragedies, and I’m sure getting roughed up. So why did he act so brand new in the latter half of the first part of the season? It just doesn’t fully click.

No Flashbacks for Other Characters

Though it seems the flashbacks might be no more, since Steve is no longer being used for the plot, it does make me wonder if no character may get flashbacks now? Between Dr. Glassman’s constantly mentioned, in this recap/ review, daughter; Claire’s life before the hospital; Jared’s, even though he got fired; and others, are flashbacks something we shouldn’t expect any more?

Balancing of Victories and Defeats

Recognizing that there can’t be too many defeats, as in deaths or maiming, because then the hospital gets sued and that means getting fired, I do wonder how long the show can focus on one medical victory after another? Also, when it comes to defeats, how frequently can they do those? I ask since once a pattern is formed, so goes the fear that the patient won’t make it or maybe a character showing up and them being comically deemed the Grim Reaper.

As noted, I haven’t really watched too many medical dramas so I wonder, how can you balance the scales?