For the first time, Shaun encounters another autistic person and with that comes mixed feelings. Meanwhile, Jared opens up about his life and Claire is forced to show vulnerability in a rather uncomfortable way.

Table of Contents show
1 Previous Recap: Episode 6 “Not Fake”
2 Someone To Lean On: Claire, Dr. Glassman
3 It Hasn’t Been All Caviar and Yachts: Jared
4 Someone Like Me: Shaun
5 Other Noteworthy Facts & Moments
6 Question(s) Left Unanswered
7 Highlights
7.1 The Trauma of Being a Doctor
7.2 The Father/Son Relationship Shaun Never Had
8 Catch Up or Follow Along: Here [External]

Someone To Lean On: Claire, Dr. Glassman After accidentally killing a patient, Claire is staying strong but now has a bit of a shaky hand. Something Dr. Glassman doesn’t see but is aware can happen. With that in mind, he grounds her until she gets cleared by Dr. Mohan. Someone who specializes in what Claire is going through. And while it is noted Claire is strong, there is still this worry that what she is going through will eat her up inside.

So, she decides to lean on Jared more. Perhaps open up to him and maybe go beyond being some form of friends with benefits.

It Hasn’t Been All Caviar and Yachts: Jared 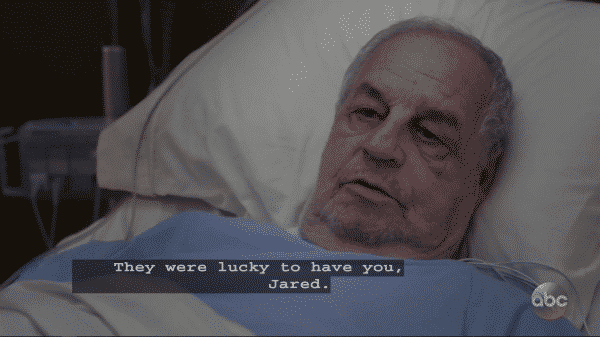 For quite some time, Jared has tried to be your traditional doctor. Someone stern, a bit cold, but good at his job. However, with Claire continually pushing for him to have a better bedside manner, it has cracked open this shell of his. Something that gets ripped open by his patient Glen. A man with no family alive, is divorced, and is 73 with a failing heart. At this point, he just wants to die and Jared tries to fight him on that. Tries to push him to live but while the kind words exist now, what happens when Glen is alone after he leaves the hospital? What then?

Plus, what does Jared know of misery, huh? He is this 28-year-old kid, good-looking, and he is rich? Well, he just now got back to being some form of rich. Though he grew up in a wealthy family, he was in boarding school most of his life and only saw his parents at Christmas. Usually to be shown off. Then, at 18, he was basically abandoned and homeless. Making it so only an ex-marine and crazy artist were any kind of support system that led him to where he is today.

But, even with opening up, it doesn’t change Glen’s mind. So, Jared just sits with him as he dies. A weight which will not easily be taken off. 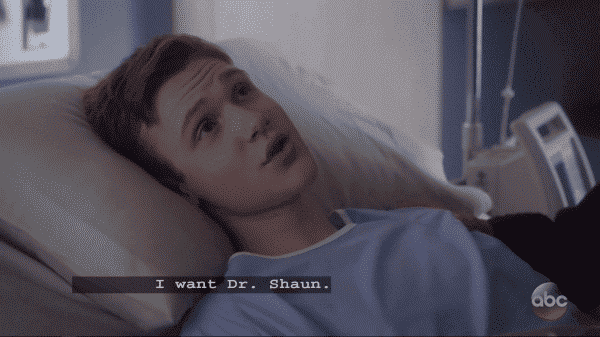 This is a rather difficult episode for Shaun. Not just because of Dr. Glassman still babying him, but also because he is confronted with someone with autism. Someone who isn’t as high functioning or a savant. Then, to really dig into an old scar, he has two parents which love him deeply. This combination makes for a difficult patient to deal with.

Not the boy, Liam, himself, but the constant comparisons going on in Shaun’s head. There seems to be envy, perhaps a bit of shame and it isn’t 100% clear which. Is it because he and Liam share the same diagnosis or shame in how Shaun is an exception? That he doesn’t have tics and other things which would limit what he is capable, or what others see him as capable, of doing? It isn’t really clear.

However, with Claire assisting, he is able to get through diagnosis rather easy. After all, part of Claire’s strengths are her adaptability and with Shaun recognizing how good she is with him, he sees her as an asset when it comes to Liam. Reminding you how little of an ego Shaun has despite him often pointing out when someone is wrong.

But, when it comes to the surgery, there is a roadblock. Liam’s parents don’t necessarily trust Shaun for they know he is autistic. However, Dr. Melendez goes to bat for Shaun and, after a talk with Dr. Glassman, pretty much says either he is helping or you can get it done elsewhere. However, with Liam wanting Shaun to do it, the surgery happens and ends up a success.

Leaving one last thing to mention: Shaun reveals, in front of Dr. Melendez, how he didn’t have parents like Liam has, and there comes the question of how that may affect how Dr. Melendez deals with Shaun in the future.

The Trauma of Being a Doctor 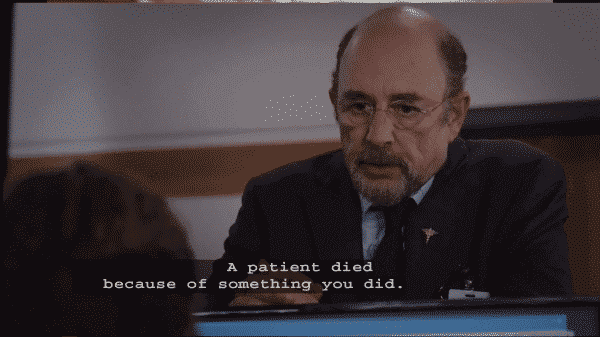 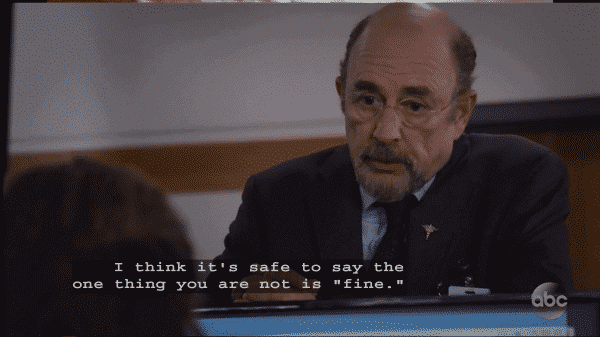 More often than not, when we see doctors in real life, or hear about them, there is something negative said. Especially those in a hospital environment. They were cold, money hungry, and etc. But of course, the nurse was great!

Now, one of the things I like about The Good Doctor is instead of having us dive deeply into the off work lives of the doctor’s, they just integrate that into their work. Jared and Claire’s relationship, you see it off and on but don’t see them really outside of work. Dr. Melendez and his fiancé? Again, pretty much only at work and only occasionally. You get just enough to be reminded it exists.

For really, that is not what this show is about. It’s about these young doctors, featuring Shaun, learning. Of which, one of the things they have to learn is stress and emotional management. A task which isn’t being shown as easy to pick up. People dying because of your mistake, you not being able to help them, working with kids, the elderly, high-risk pregnancies and all that, can you imagine doing so daily? Heck, maybe within one 24 hour period?

Add on they are working inhumane shifts, likely to save the hospital money, and dealing with all this. Plus, they are young. There has to be this desire to have relationships, someone to vent or lean on, and this be something outside of work. I mean, granted I have never been much for medical shows, but I’d be surprised if many of them didn’t contain a Dr. Mohan somewhere in there. After all, with so many lives in your hands, how can you not either become dead inside or else have a mental breakdown?

The Father/Son Relationship Shaun Never Had Shaun’s storyline left me with trembling lip kind of tears. For an autistic boy to have an abusive father, whose mom more worried about him than her kids to see a loving family? One with a boy worse off than him, you know that had to mess Shaun up. For while Dr. Glassman maybe there, and they have a cute moment towards the end watching football, it just isn’t the same.

Shaun has no family but this one man who isn’t a spring chicken. His brother is long dead; who knows if he may see his doppelganger again, who only has a few months to live; and as for his parents? Where are they? Are they alive? Also, is Shaun capable of forgiving them?