2nd chances at happiness are a big thing this episode. Especially in regards to Shaun’s friend Kenny and the arrival of Claire’s mom. But, of course, not everyone deserves a 2nd shot.

As a wife, Emma, tries to maintain all her plastic surgery to keep her husband, Barry, Morgan is trying to give Jared an out. Throughout the whole procedure, despite giving Jared credit each step of the way, Dr. Andrews still gives him dirty looks and makes it clear that he isn’t wanted. And through ignoring Jared as he does, it perhaps ended up killing Emma. Thus ending the second chance she and her husband were hoping to have after his affair.

But, while things end for Emma, Morgan gives Jared a chance to get a job with someone in her network. Of which, after proving her point that Jared is wasting his time, he says to make the call. Then, in terms of Dr. Andrews, with his sperm count and fertility issues, he is gambling on the chance of either becoming more fertile or perhaps becoming impotent. As in he will not be able to have an erection. Which, with that in mind, it seems his wife would rather adopt before letting Dr. Andrews risk their sex life. 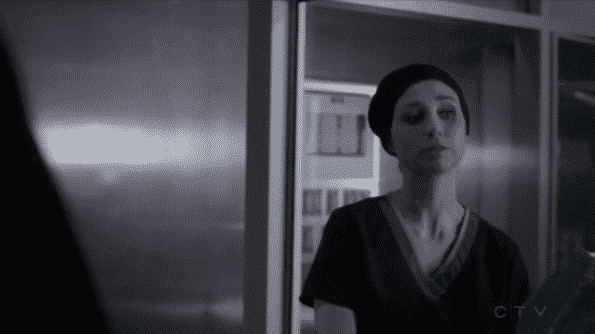 I think I finally understand Morgan now. She is Shaun without the ability to use autism as a shield. Which is perhaps why she is so mad he can say what he does and get away with it. He can be brutally honest and people hunch it off but when she does, people get an attitude and take her telling the truth personal and come at her neck. Like Jared does by saying no one likes her. She knows that is true, no one likes her, but look at the burden it causes to try to be liked.

Plus, in a way, I think she looks at what her male colleagues get away with, including Dr. Coyle, and sort of has this slight self-hatred she is unable to do as they do. Dr. Melendez and Dr. Andrews do have a good bedside manner, but she sees how they treat Jared and Shaun in comparison to how they treat Claire. Perhaps, in a way, she’d rather experience what it means to be a doctor as one of the boys than have to deal with what it means to be a doctor as a woman.

A point really driven home as we talk about Shaun and Claire’s patient Hunter who talks about having to win people’s respect, because you are different, rather than simply start with it.

I’d Give Anything For A Cure: Claire, Dr. Melendez, Dr. Park, Shaun

A patient named Hunter, Dr. Melendez’s first, comes in and it is discovered what was once a diagnosis of lifelong paralysis may not be anymore. With that, as with most of Shaun’s patients, there is a challenge to his way of thinking. In his mind, seeing Hunter and Cora makes no sense. Why would someone want a person in a wheelchair? But, luckily for Shaun, with Hunter having two family members on the spectrum, he takes no offense. In fact, he helps guide him to understanding how he ended up with Cora and why he wants the surgery, despite a 15% chance of killing him.

Simply put, you can be loved despite your disability, but it will require you and that person to work harder. Which, if there is love, that work won’t be as bad as it seems. Yet, as much as a disability has become part of you, or rather an element of your daily life, wouldn’t you want a way to remove it? He asks this of Shaun. Wouldn’t he, even if there was a chance of death, want to remove being autistic? And this pushes Shaun to think about what life would be like.

Leading to how Claire plays into all this. Whether to tease the idea of Shaun having a crush or not, he compliments her by calling her smart and pretty, and follows this up with asking if she would be with someone disabled. Which, of course, leads to a very Claire answer which is diplomatic and lovely. The kind that pushes you to wonder if Claire may end up in a love triangle, because you know Dr. Melendez is still on her mind.

But, refocusing on the patient, while Dr. Andrews’ dies, Dr. Melendez has success with Hunter and despite Cora’s fears over what could change, they seemingly will be okay. What won’t be though is Dr. Park bringing into question Shaun’s relationship with Kenny. With him using his police contacts to discover he is a habitual criminal, the idea he is using Shaun is put in place. Thus cracking the little bit of happiness that has given Shaun a personal life.

Though The Good Doctor can be heavy-handed with presenting representation at times, you have to appreciate it when you get it. Though Ryan Robbins isn’t like many of the guest stars whose characters mirror their own life, taking note of how people like Hunter and Shaun have to prove themselves before getting respected was a powerful statement. One which, I’m sure, there will be the argument of how everyone has to prove themselves. But it is different when you have this otherness about you. Whether it is autism, being handi-capable, or what Claire went through with that neo-nazi because she was a Black woman, if you aren’t a white male there is an obstacle put in place. 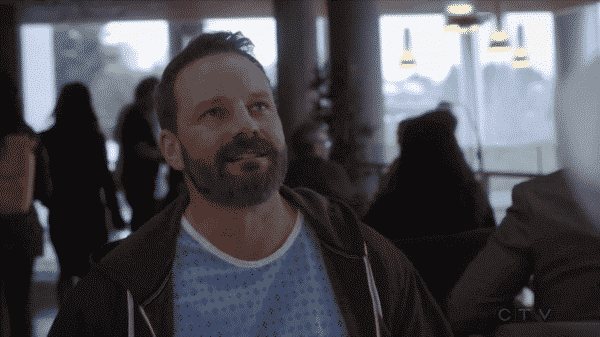 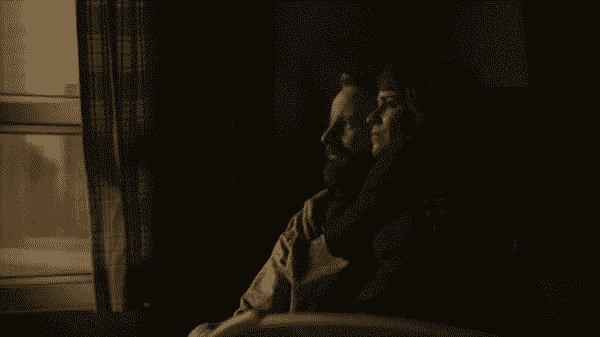 And for the life of me, I wish I could find the quote from Clarence Thomas when he spoke on affirmative action and how that stripped him of pride. For really, that is kind of the problem Hunter is alluding to. You can go to school, get the grades, prove yourself in a multitude of ways, but it will never be enough. There will always be this feeling that because you checked some box off dealing with diversity, you eternally will get this vibe you are only where you are because you were given a helping hand. That someone, the government or a well-meaning person, had pity on you and your people so they made it a bit more easier for you to get your foot in the door. And now you are forever left trying to figure out a way for the gatekeeper to let the rest of you in and, on top of that, not ruin it for the next person who looks or shares that special something about you.

Something that, despite the good it might have done for you, the community it helped you build, there still is a bit of you that would love to find a “cure” for it.

With Claire’s mom coming out of nowhere, talking about how she got help, and a gig, it seems there may be a chance to heal. Maybe she isn’t the woman who stole $1000 from her, which would have been for a laptop and came back with a man and someone nice for herself. Perhaps the flowers and the attention is a grown woman talking to another one, admitting her faults and hoping they can have a real relationship. Or maybe that all was to butter Claire up for $2500? Claire takes it as just manipulating her to the point of getting the money she wants.

As for Shaun? After Dr. Park’s reveal of Kenny’s past, even sending, by phone, all the information Shaun needs, seeing Kenny just in Shaun’s apartment is frightening. He is a criminal and let us never forget, as much as a lot of how Shaun thinks and operates deals with being autistic, he is also from a small town. The combination makes Kenny seem frightening yet, it’s Kenny. Plus, while Shaun has gotten friendly once more with Claire, again, they don’t hang out outside of work. She doesn’t take him to go to carnivals and out eating. They don’t play video games together. So, while Kenny was a bad person before, and might be a bad person now, Shaun seemingly wants to not have Dr. Park become the new Dr. Glassman or Morgan, who makes him fear new things and people. He wants to see what kind of person Kenny is himself. 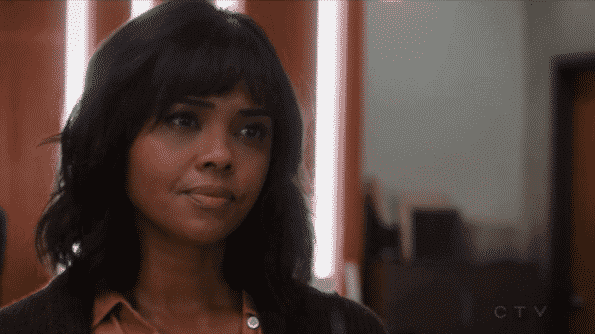 With us meeting Claire’s mom, and her trying to reconcile with her, it really pushes me to hope and wonder if Shaun’s parents may show up. For he even mentions his mom when Claire is venting about what her mother did to her. A rare moment of him talking about that particular part of his past. Connecting to his co-workers in a way that seems natural and not in an awkward way. Like when Dr. Andrews asked about Shaun’s dating life.

But, with Claire’s mom returning does come the question if she is here to stay or not. Checking out Deadline.com, alongside doing a google search, neither give any results saying Leal is currently attached for a multiple-episode stint. Though, there also doesn’t seem to be any noteworthy commitment which would keep her from being a reoccurring role either. So, we’ll see what comes of that.

Leaving Kenny. I’m torn between Shaun’s insecurities being the reason he decides to just go with the flow or him truly wanting to give Kenny a chance. For the idea of someone taking advantage of Shaun isn’t new. Jared did that way earlier in the season. However, bad enough when it happened in a professional environment, but now in Shaun’s personal life? Especially with Lea gone, Dr. Glassman making it clear you either get a father figure or nothing at all, and Claire… she being a friendly co-worker who isn’t necessarily trying to have things evolve past that. 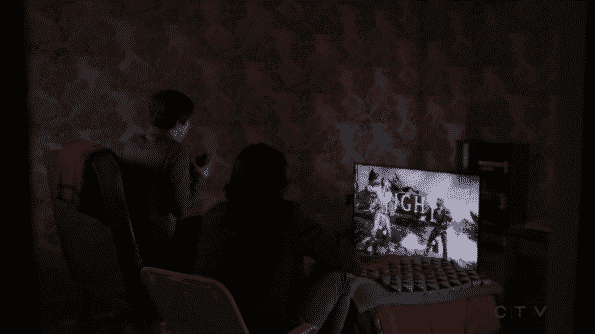 Let’s just hope that the worse doesn’t come of this.

Excuse me if it did sound ableist for that by no means was my intention. However, I feel like you took one sentence and with that ran with this idea that I was shocked at the idea of Shaun finding love which isn’t true. The point was, in relation to the episode, which perhaps I phrased in such a way which could be perceived as offensive, similar to what you said. If they mutual love each other, they accept that and they both find a way to make it work.

Now, I could understand if you found the lines which followed offensive, but that was in reference to something a character directly asked Shaun. In reference to a surgery, with a slim chance of success, making it so he’d go from wheelchair bound to being able to walk again. All in the hopes that Shaun would understand his decision if the shoe was on the other foot.

“You can be loved despite your disability” that’s not love it’s abuse. If some actually loves a disabled person the disability is absolutely part of that. And I know it’s shocking to people like you but many disabled people are part of loving relationships.

I was going to correct the rest of the ableist nonsense in your piece but I’d actually rather spend time on my writing rather than your. But honestly if I was you I’d never ever write about disability ever again you clearly don’t know what you’re doing.