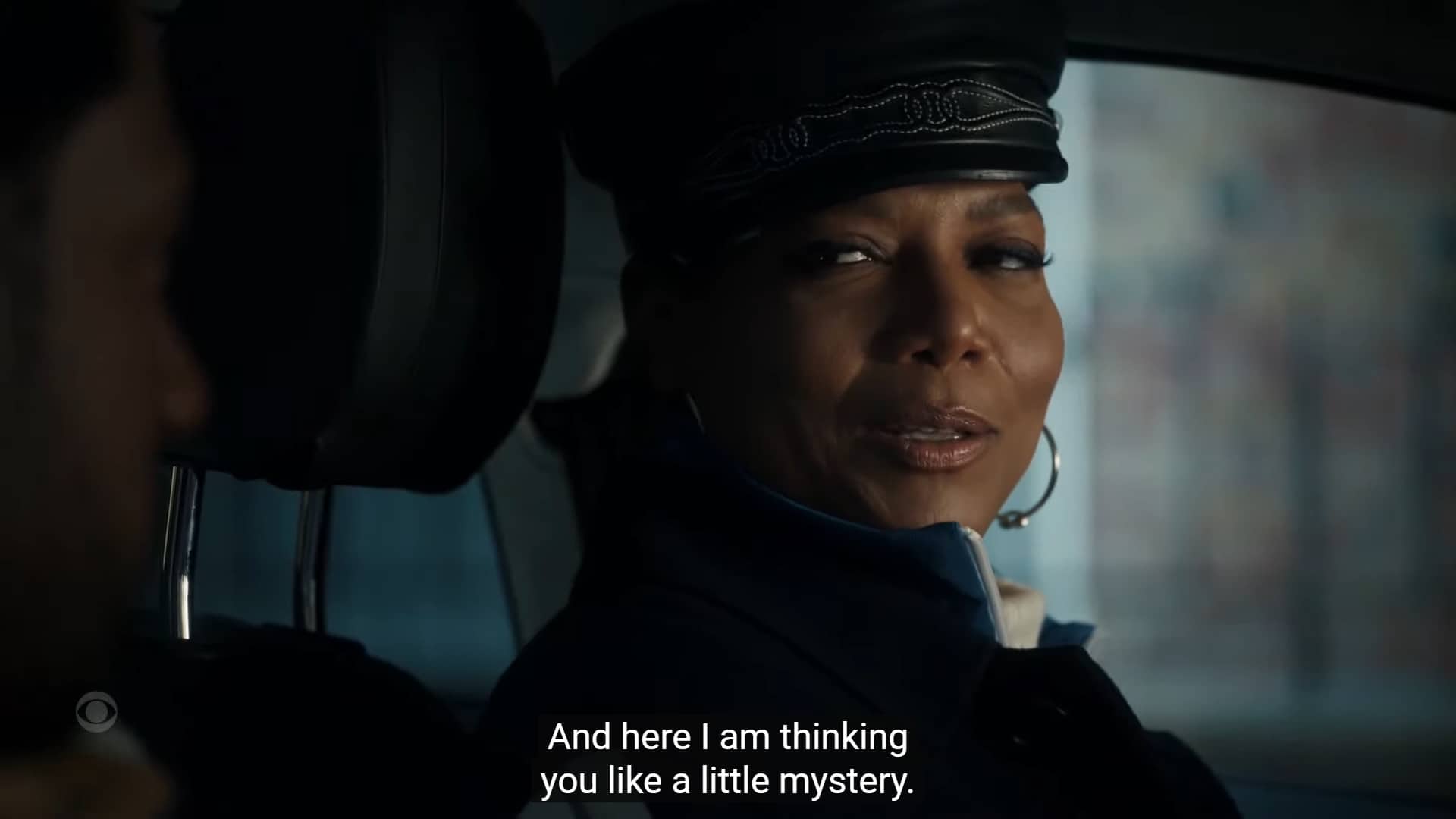 We FINALLY get to meet Robyn’s ex, Delilah’s dad, as she asks him to do a favor for one of her clients – which raises his suspicions about what she does.

Neighborhood friends Gordon, Brody, and Nick produce counterfeit bills in this week’s case. Gordon has the tech and ink, while Brody and Nick are the music and handle logistics. Jenna and Shareen, who hate working minimum wage as much as the guys, try to rob one of the places Nick and Brody have the money cleaned and get caught.

Luckily, Jenna and Shareen had a mask and getaway. However, with Shareen getting shot, that complicates things for Robyn when she is called. Thankfully, her ex-Miles is a surgeon, and with doctors without borders experience, he doesn’t need an operating room to remove a bullet and clean Shareen up. However, with Robyn bringing someone with a bullet wound into his house, this raises questions that she dodges.

As Shareen recovers, Jenna goes back to work since she still needs the money, and we come to find out, despite everyone being in debt or trouble, the nicest person among them, the Assistant Manager Bernie, is the one working with Nick’s crew. Unfortunately for Jenna, this leads to her getting kidnapped, but between Robyn’s crew and Dante’s connections, Gordon, Brody, and Nick go down, and a man who many thought was involved with their crimes goes free.

Like A Dog With A Bone – Delilah, Aunt Vi, Robyn, Miles, Dante

In this episode, many people can’t let go of things Robyn doesn’t tell them. Dante has the simplest request in just wanting Robyn’s name. Which, after all he helps with, she gives. Delilah and Aunt Vi are a little more complicated because they are still dealing with Robyn getting 2 AM calls and then rushing out the house. But, what is really troubling isn’t their worries but Miles and with Robyn being invasive and Delilah lying to him? The way Aunt Vi makes it seem, don’t think this will be the last we see of him, nor that we’ll see him again on good terms.

Progress In Dante and Robyn’s Relationship

I can’t be the only one who was surprised Dante didn’t know Robyn’s name still, right? She has met his kids, his ex-wife, and they’ve worked all this time, and he didn’t have her name? Let’s set aside how strange that is and just be glad their relationship, even if taking baby steps, is at least moving forward.

Beating Around The Bush Regarding Miles & Robyn’s Relationship

It took nearly two full seasons to meet Miles, and that’s it? They potentially met in Somalia over 20 years ago, were close at one time, even married, but discovering Robyn works for the C.I.A. ended things. Is that all? I don’t know about you, but with meeting Dante’s ex and how that was handled, I expected more. But, with Aunt Vi pushing the idea this won’t be the last we see of Miles, maybe we’re judging what will be done with him too soon?

Delilah is, unfortunately, the kind of character with a very staggered storyline. Her friendships and potential relationships come and go. Topics like her going to college are a thing, then they stop. Even bigger things like her knowing Robyn’s job don’t outright go away, but like so many things with Delilah, there is nothing consistent enough for you to feel that the show is fully invested in this character.

Sometimes, it feels like Delilah is there mainly to keep in the writers’ back pocket. On nearly all shows like this, inevitably, someone like Mason Quinn, kidnaps Delilah and uses them to get Robyn to bend to their will. But, until that happens, I do feel, even though it is nice we saw Delilah worried and all that, she’s not moving forward but rather in circles. Seen just enough for us to remember she exists and isn’t upstairs in her father’s house, with no desire to come down.

The Equalizer: Season 2/ Episode 15 “Hard Money” – Recap/ Review (with Spoilers)
Overall
While our introduction to Robyn's ex was disappointing, at least Robyn and Dante are making progress. Also, we're reminded that Delilah may play a notable role between her father and Robyn's business dealings. Since her father talking about safety could be foreshadowing.
Highlights
Progress In Dante and Robyn's Relationship
Disputable
Beating Around The Bush Regarding Miles & Robyn's Relationship
Delilah
75
Follow Wherever I Look on Twitter and Instagram, Like us on Facebook, and Subscribe to the YouTube Channel.