Thanks to one game, ONE GAME! Three of this season’s catfishes are potentially exposed, with one almost certain to get BLOCKED!

Terilisha’s blocking, while the end of an era, also leads to the rise of a new one: The Hunt for Catfish. Mind you, there has always been red flags raised throughout the process, Trevor being someone who comes to mind, as well as Lance. However, with everyone eliminated being who they are, and every person knowing there is at least one catfish? The hunt begins and River, to protect himself, plans to be part of it.

With being new comes a bit of a disadvantage, and while Khat hasn’t been trying to work the game, Mitchell has. Thus came his Brotherhood alliance. One that is between him, Courtney, Lance, River, and Trevor. Which it seems everyone is for, but the one thing noteworthy is that Trevor and Mitchell talk about Chloe, and Mitchell says he’ll back off for the brotherhood.

Which Chloe learns about, and it leaves her a bit devastated. Though when she learns Trevor is not only played by a woman, but Trevor’s real wife, it’ll probably be worse.

Thus far, while Jack has occasionally raised a red flag, he has skated by. However, with a mannequin glam challenge, hosted by Jonathan Van Ness of Queer Eye, his whole game plan is destroyed. But, he isn’t the only one who gets screwed over by this challenge. Lisa, as Lance, JVN exposes him in a way that leads to many, like Khat, feeling that he isn’t who he says he is. 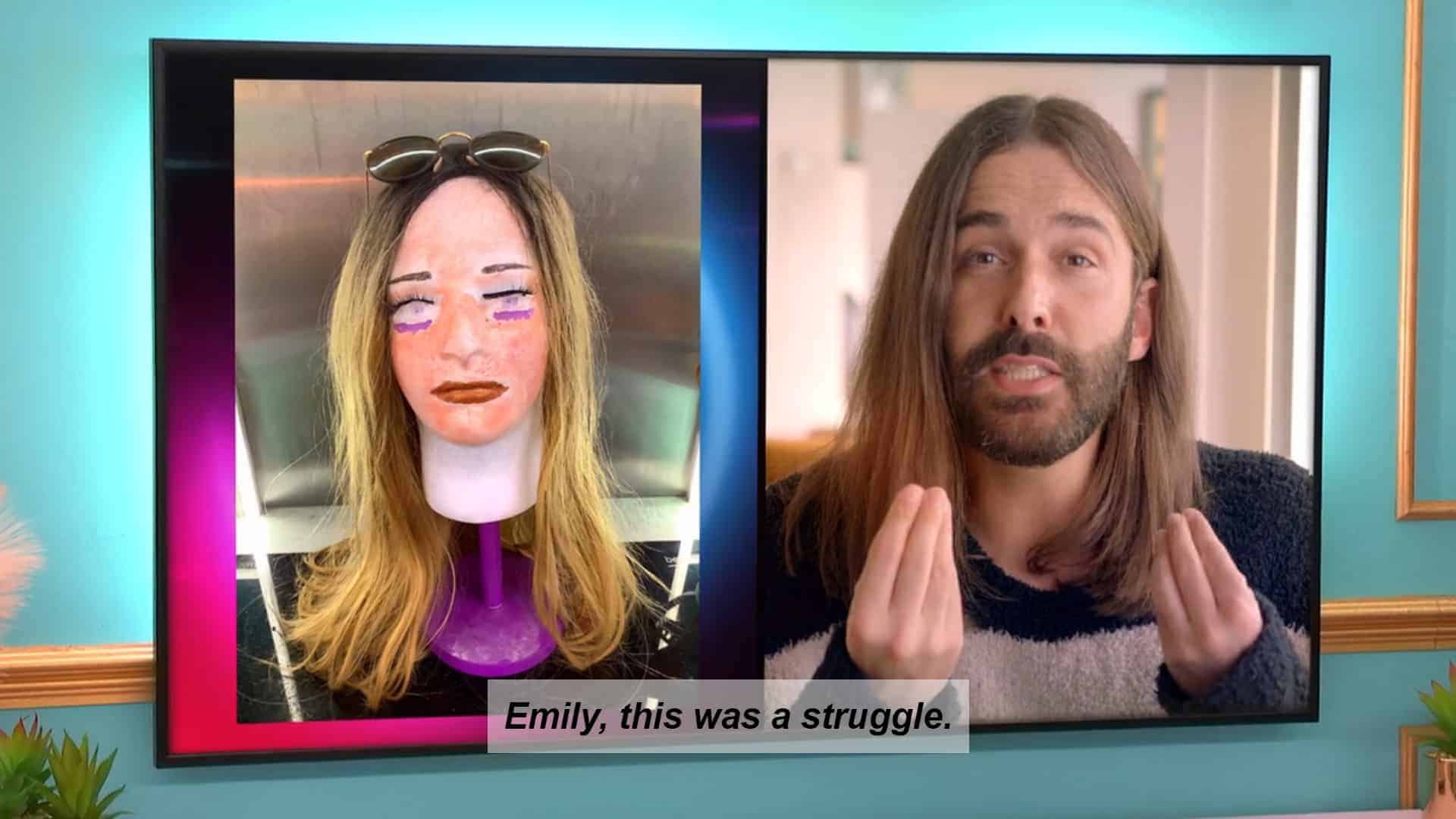 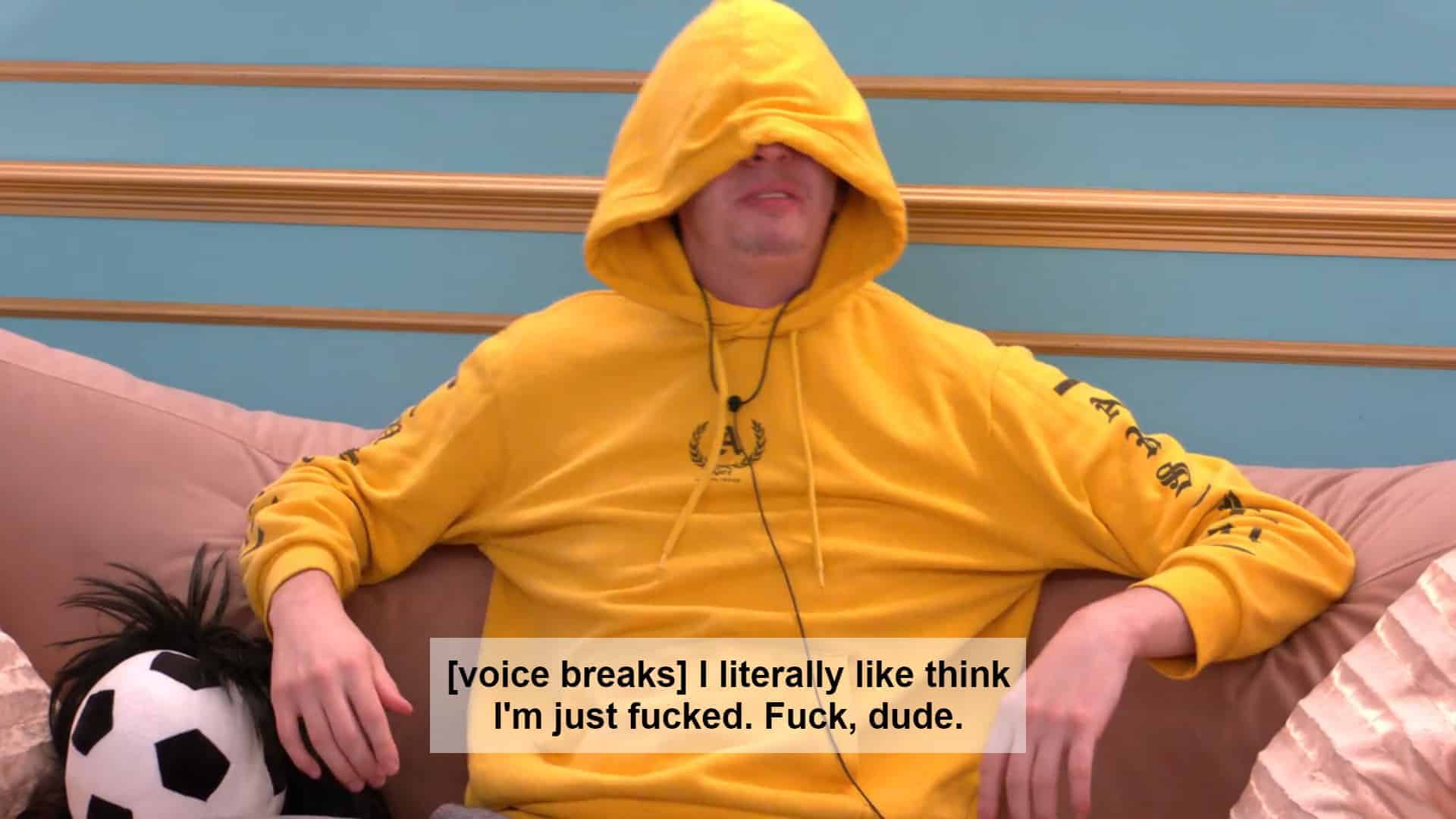 BUT THAT’S NOT ALL! Competition winner, Deleesa (Trevor), for doing too well in the competition also gets suspected of being a catfish and with two people having the opportunity to be eliminated? It makes three suspected catfish in danger.

You got to admit, no catfish being eliminated yet is a bit weird, considering all the red flags each one has raised. Granted, Bryant being too nice, followed by the Savannah and Terilisha drama, made being a catfish and stumbling a little easier to sidestep. But now? With no distractions? The hunt begins and considering things were looking to lean towards being a little too much kumbaya, distrust will help stir up some new drama.

Mitchell Is A Stand Up Guy

Didn’t Tammy raise her sons right? Rather than be a snake, Mitchell decided to truly be a man of his word to someone who technically is lying to him. Which makes you wonder, can Mitchell win and bring the prize money to the family?

It’s Hard To Imagine Who Could Win This

But, let’s be honest, Mitchell winning isn’t the most likely outcome. We can imagine River or Courtney, simply from being OGs who haven’t really stepped on too many toes. Granted, Mitchell peeped Courtney trying to avoid more people looking into who was The Joker. However, otherwise, Courtney has kept his nose clean.

As for River? At this point, Lee has done better than everyone, despite being a catfish, the oldest of the group, and playing a rather safe game, similar to Emily. However, all it can take is someone visiting him and potentially blowing his cover. That and a new game that can expose Lee the way the mannequin challenge exposed Jack.

If not, to be vindictive, Jack could always expose someone on their way out.

With more than half of the current catfish population either exposed or making questionable moves, it seems, like season 1, none of the liars may make it to the finale.