With Jake in a legit relationship and Papa a romantic, there is a push for Jake to step his game up. This isn’t something Jake necessarily wants to do, after all, it didn’t take much work to get Jemma. However, with noting how they came to be, Papa tries to make them more than what they currently are. Which it seems Jake wants too, hence him doing more than he normally would to ask Jemma to a dance.

As for how Papa and Maisha are doing? Well, she doesn’t appear this episode, but Papa is working on something to win her back or at least make things better than they were heading.

Which brings us to Kevin. Things at home are still not ideal for him, so he ventures to get a video game, and when it is sold out, he gets friendly with Lynae, who he saw at the community policing center. Despite Kevin whooping her behind in Rocket League, those two hit it off, and he even tries to ask her out. This leads to a prompt rejection but potentially a new friend.

Emmett is still struggling with Tiff wanting an open marriage and now working a sex party. However, with seeing in Nina’s eyes she cheated, and all the issues she and Dre are bound to have? Oh, he is thankful for how his marriage is going and ends up going with Tiff to the sex party and having his eyes opened a bit. Now, I wouldn’t say he had a good time since he got rejected, but he is definitely more open to things than ever before.

Getting back to Nina, though, with Kiesha deciding to get her baby, who she named Ronnie, back from Octavia, it seems to add to her stress and cause her to drink. Mind you, Nina doesn’t get sloppy drunk, but with Emmett making it clear he knows something, Nina does get a tad paranoid and even a little talkative. She mentions to Jada she cheated after thinking something was going on and even confesses to Dre, which leads to Dre flipping out.

Thus leaving us to wonder, is this the end for Dre and Nina?

Otis handles the coerced sex work situation by dismissing Nuck, who did, in fact, work for him, but this doesn’t solve the issue of what the ladies Nuck trapped are going to do. Some don’t have families, and being homeless potentially opens them up to being stuck in a cycle, and with the issues mounting, Trig wonders if Imani had a real plan? Though, with time, it is figured it might be best to give the ladies the house. Now, as for how they are going to pay for things? That isn’t gone into. However, the housing situation at least gets handled.

Speaking of housing, Jamal and Cherry’s household remains a hot mess, and Trig isn’t able to deescalate things this time. Cherry not only busts Jamal’s face but calls her brother in, and the man puts a gun in Jamal’s face. This leads to Trig using his abilities to disarm Lance, but then Jamal got the gun, shoots Lance, and now Trig is really wondering how much longer can this go on? For he is starting to get really tired.

It’s always harder to build something than take it apart.
— Tiffany

[…] even though we got your back, it don’t mean we gonna always be your crutch.
— Nina

The Challenges of Community Policing

While de-escalation is possible and creating trust between members of the community, there legitimately are some things perhaps too big for a neighbor to help with. Be it a toxic relationship that includes violence or the situation the girls Imani saved are dealing with. But, it isn’t the failing of Imani or Trig, who have good intentions, but their organization needing money. As Tracy has pointed out, volunteers are nice, but they need qualified people who have the knowledge to take this beyond a dream and make it a solid part of Chicago’s reality.

For example, it’s wonderful Imani freed those women from Nuck’s grasp, but she didn’t come up with a plan of what they are supposed to do after? If they end up on the street, sex work is something they know about, so they could easily become trapped by someone new and get put right back in a trap house, with perhaps someone worse than Nuck.

On top of that, as also made clear, the women’s shelters in the area were already pack and, like so many services, were more geared towards parents than single women. These issues are both caused and fixed with money, and yes, you could also add a better upbringing and community. However, raising kids is a challenge if your community is poor, for not everyone has a village.

Lynae Not Being A Rebound

I AM SO GLAD LYNAE REJECTED KEVIN! Oh my God! For one, Kevin doesn’t need to be with anybody, and I’d even say, relating it to what Nina told Kiesha, he isn’t looking for someone to have his back as much as be a crutch. With that said, I hope she sticks around, and Kevin learns how to be friends with girls since I think that might have been the issue between him and Jemma, he didn’t know how to be there for her unless he wanted to or was going to get something out of it. At least until it was too late.

Papa Trying To Maintain His Friendship With Jake & Not Disparage Jemma

What we appreciate about Papa is that he isn’t all that judgemental while a young man of God. Be it because of seeing his father’s faults or just realizing he needs to forge his own path, he has his beliefs but doesn’t hold onto them like a safety blanket.

With that said, I appreciate, even if he thinks Jemma and Jake are messy, him encouraging Jake to be a good boyfriend to Jemma. All the while not talking bad about her, saying how she broke up the friend group or nothing like that. It seems Papa recognizes he doesn’t know the whole story, and while he’d like reconciliation, at the same time, he knows that isn’t coming anytime soon.

The Dissolution of Nina and Dre

Nina has had a dark cloud over her head for most of the show, and while what has happened to her children justifies it, I must admit Dre sticking around was sometimes a surprise. Granted, Dre made a commitment and knows who they married. However, when Nina wants to be mean or petty, she goes for the throat. Case in point, bringing up Jemma to Kevin when he was giving her an attitude. That was uncalled for, and even Dre had to check her on that.

So considering things have been going downhill, with very few moments to revisit, to remind Dre of good times, there is the need to question if they are at their end? Much less, would it be better for them to break up or stay together? That is difficult to answer as, they are the only married couple with a family right now. Plus, on The Chi, the only couples who seem “traditional” are the ones with either two members of the LGBT+ community or at least one. This is a rare thing, and it pushes further the need to ask whether we should see them work things out or break up as would be expected from a hetero couple? 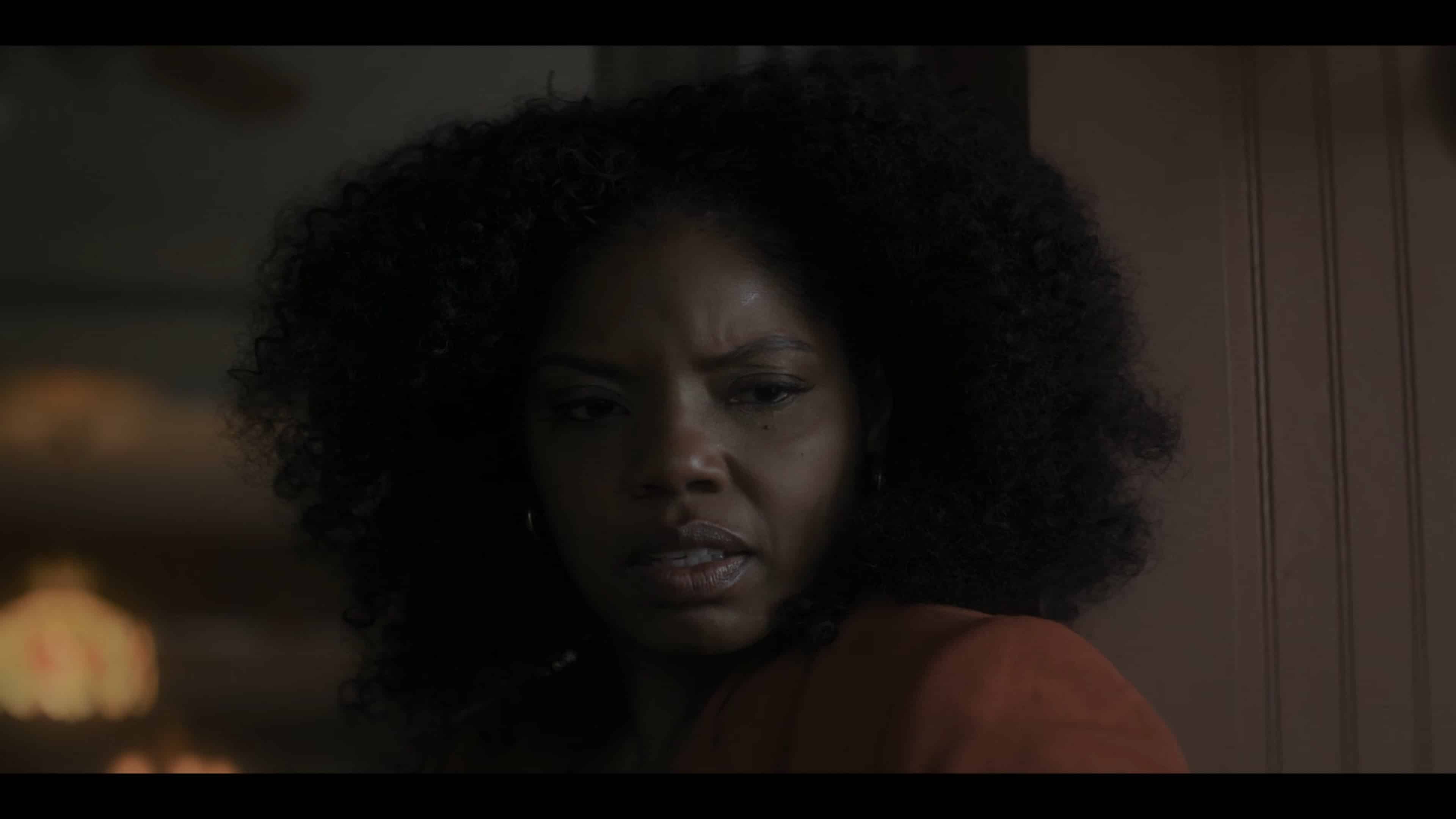 The Chi: Season 4/ Episode 7 – Recap/ Review (with Spoilers)
Trajectory: Plateau
What The Chi seems to be trying to do with this season is balance the personal drama, be it dealing with trauma or being in a relationship, with larger-scale projects. For the most part, it is doing that well, but I must admit with situations like community policing, it goes back and forth between seeming like a valued part of the season to not getting the focus it deserves.
Highlights
The Challenges of Community Policing
Lynae Not Being A Rebound
Papa Trying To Maintain His Friendship With Jake & Not Disparage Jemma
Disputable
The Dissolution of Nina and Dre
83
Subscribe to our mailing list