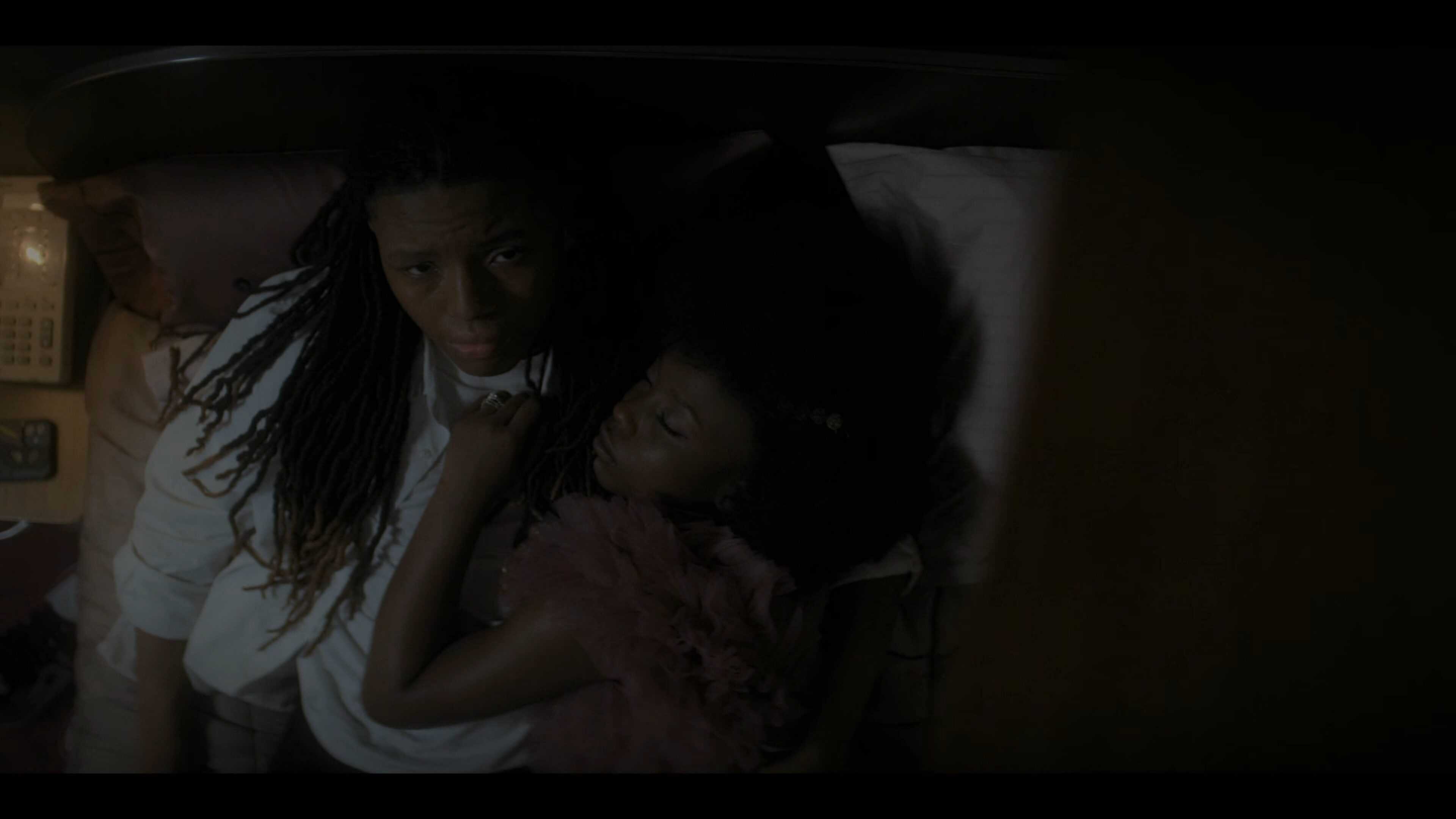 Once more, there are signs presented that The Chi is going to shift its focus with the exit of a character, but who is leaving, and where will the show go? Come find out.

You Know What That Is? Growth – Jake, Jemma, Shaad, Imani, Trig

After Otis damn near killing Marcus, Trig turns to Shaad for while Imani is aware of what went down, he needs a friend, not just his lady. So despite how things went down, Shaad shows up, and when he comes face to face with Imani, he apologizes. Granted, it has to be pushed, but with him defending her in public against some random kid? It seems he truly sees her as the family Trig wants her to be.

Speaking of family, Jake steps us to defend his and makes sure Jemma knows it is due to Trig her father isn’t already dead, and with him telling her that, she gives Trig the video depicting Otis nearly killing her father.

For The Sake Of The Kids – Tiff, Emmett, Lynae, Kevin, Dre, Nina

When it comes to the marital woes of Tiff and Emmett and Nina and Dre, things get temporarily squashed for the sake of the kids. Tiff, after Dante makes it clear he doesn’t want a relationship with her, and her realizing what could be lost, decides to close her marriage with Emmett. Well, at least she tells him she’ll close the relationship. The last scene we see with Tiff includes her making out with one of Hannibal’s representatives. So, it seems the promise to do better didn’t mean doing so with any sense of urgency.

As for Dre and Nina? Well, with Dre wanting to take Lynae in, so Lynae’s story doesn’t mirror hers, it meant squashing things with Nina. After all, asking of Nina to bring another kid in would require dropping how she feels for the betterment of Lynae.

Now, how does Kevin feel about this? Well, despite Lynae repeatedly curving him, he is quite excited. 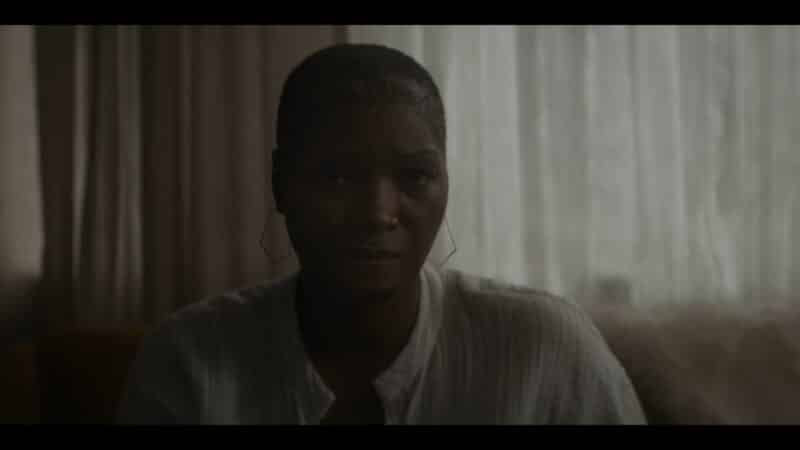 With seeing the video comes Trig telling Otis he has to go for now he fully believes what Marcus said about Otis being bad for the community. This threat, at first, Otis thinks he can pay away but between Trig not responding to Otis’ counter-threat and Tracy thinking more of her legacy than Otis’? Well, he calls up Roselyn so he can make his exit, and it seems Roselyn may, once again, step into his place as mayor in the interim.

Oh, and as for how Marcus is doing? He’ll live, and despite how Jake’s family led to her father being beaten the hell out of, Jemma holds no ill will towards him or Trig. If anything, she is thankful they were there but, again, she doesn’t know what the trigger was for the beating.

But, to keep things on a better note, we learn Jada is heading towards remission, Christian officially asks Kiesha to be his girl, and with that, we get a season finale with more good than bad in it.

Are you soulless or just numb?
— Tracy

Never is a scary word.
— Tiff

The Chi does its best to add and drop characters every season, just to stir things up, and with the exit of Otis does come a new era. One which either means a power vacuum in the neglected crime side of the show, or it continuing to be less of a focus.

Getting To Know Dre Better

Dre has been part of the show since it started, but with her usually at work, or her part of the show being Nina’s partner/ wife, her story was rather unknown. But throughout this season, and especially in this episode, we learned so much. This pushes us to wonder, with Nina’s story and insecurities established in the last season and Dre’s story and relationships furthered this one, shall we consider both sides finally equal characters on the show?

Tiff ruined the good mood. Yes, Marcus was still in the hospital, but he was recovering. So between Jada’s cancer possibly going in remission, Dre and Nina committing to working through their stuff, Otis heading out, and more, things were looking good. But then Tiff had to go and cheat on Emmett after a conversation about them doing better.

I guess this should be seen as realistic since she has far more to lose than Emmett if they broke up, but damnnit Tiff! We were rooting for you!

I don’t know how to feel about this. Roselyn was never one of the best characters, not even one of the top women on the show. Granted, she was one of the few without kids and did assert herself to be more than someone’s partner. However, like Tracy, if she left the show, it wouldn’t have been a huge loss. So to know they are going to double down, and she may act as interim mayor? Our feelings are mixed.

For one, as the show seems to distance itself from the local gangs and go into politics, there has been the need to question where Chicago’s city council are? Never mind, considering the defunding of cops, is it wrong I sort of wanted the cops from earlier in the series to show up? Not in a way that led to them becoming as prominent as they were, but with Laverne showing up, some other familiar faces would have been nice.

But, staying on topic, we’re more pessimistic than optimistic about Roselyn’s role as mayor, but we always like being proved wrong when it comes to shows we have a long-term commitment with. 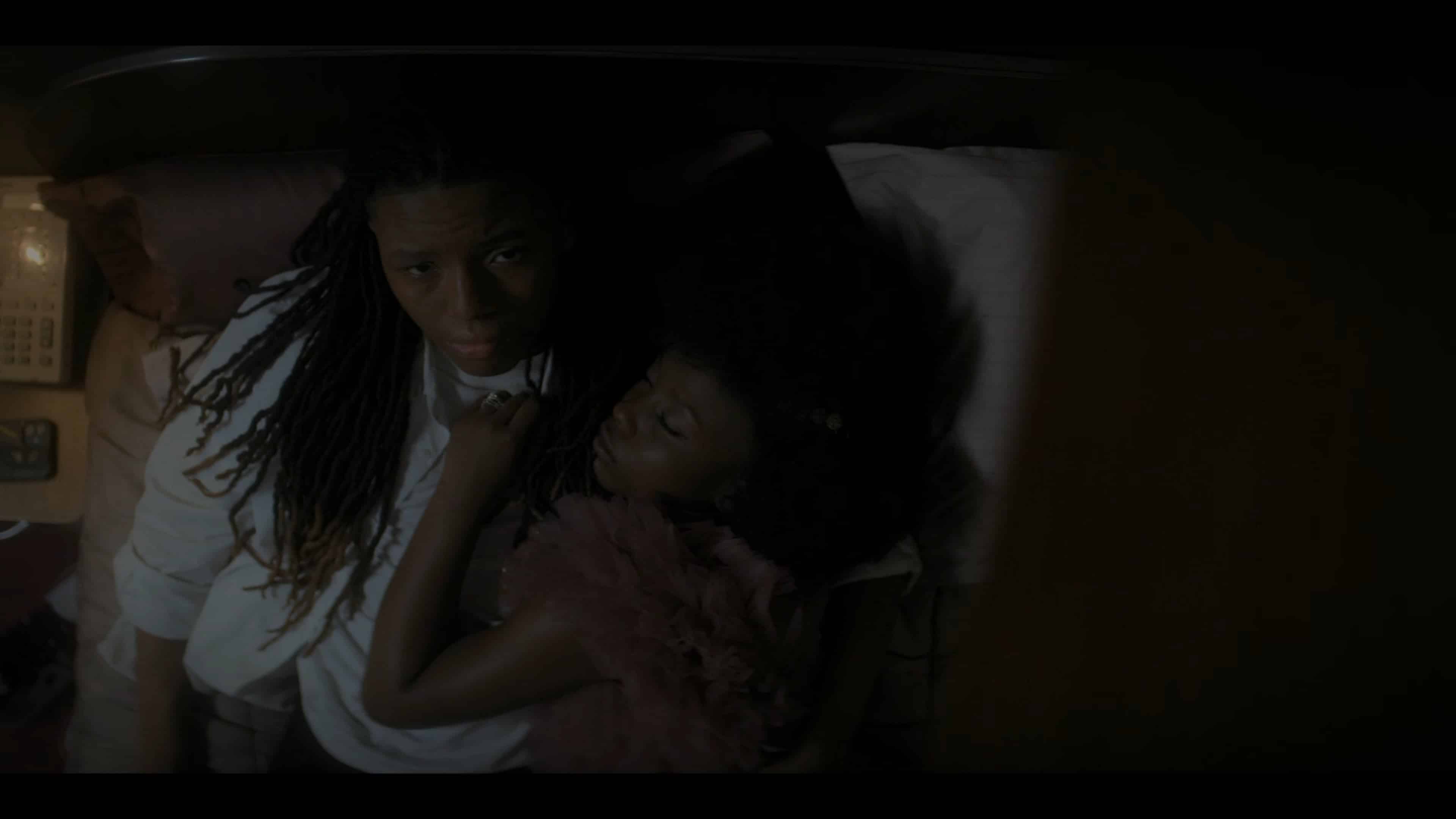 The Chi: Season 4/ Episode 10 [Finale] – Recap/ Review (with Spoilers)
Trajectory: Plateau
Is seeing Tiff cheat or Roselyn extend her stay things we'd want? No. However, there has to be a trade-off. Kiesha is in a good relationship, Jake, Kevin, and Papa are safe, nothing happened to Imani and Trig, and Dre has really made a come-up this season. So while not left with a reason to get overly excited for season 5, there aren't any reasons to be done with the show either.
Highlights
A Notable Exit
Getting To Know Dre Better
Disputable
Tiff Be Cheating
Roselyn As Mayor
78
Follow Wherever I Look on Twitter and Instagram, Like us on Facebook, and Subscribe to the YouTube Channel.