As Trig struggles with Jake and Imani to a certain degree, Kiesha missing for nearly three days brings high-level anxiety to her family.

You Got To Know Your People – Jake, Perry, Trig, Imani

Trig really wants to swoop in, grab Jake, and head back to Kankakee as soon as possible. However, despite Perry’s intensity, he is a good provider. He got Jake and his friends jobs at the pizza parlor, gives him a nice home, buys clothes for him, and seemingly wasn’t adopted just because it would be a good look. He is being a father to Jake.

So, with that in mind, while Jake is open to having a relationship with his brother, he isn’t trying to run away with him. Nothing in Perry’s life, even is less than desirable businesses, have touched Jake, and considering Trig has nothing more to offer than being with a blood relative, he isn’t bringing up much of a deal. Jake aside, that isn’t the only relationship of Trig’s which is complicated. Imani is a woman, and also a transwoman. With that comes the issue of her likely growing up or finding herself in the queer community and Trig having to reconcile that he sees a woman, but to accept and love this woman doesn’t mean he can devoid her of her community. Which for him, is hard since he is asked to as much come into the world where she is comfortable as she is expected to come into his world.

Leaving you to wonder, how did these two meet, and how did Trig handle Imani noting she sees herself part of the LGBTQIA+ community?

Prepping For The Next Chapter – Tiffany, Jada, Emmett, Dominique

Dating for Jada has been a struggle. The men she comes into contact with either got issues with the law, drugs, alcohol, the mother(s) of their children, and she just wants something nice and simple. But with no friends to talk to, she looks to Tiffany, for advice. Which was to try speed dating, but Jada can’t flirt or make small talk to save her life.

However, then comes getting a massage from a dude Emmett’s age, which can include a happy ending. One that Jada gets, Emmett finds out about, and, as usual, Jada gives no f***s about how Emmett feels since the moments she gets to find joy are rare.

But, Emmett may find joy as well – the kind which could get him in trouble. You see, Emmett was more about marketing and delivery than cooking, so not having Brandon isn’t doing the business any good. However, Jada got food from a friend who knows Dominique, who seemingly blows Brandon’s food out of the fryer. So, Emmett hits her up, but not knocks her up, to partner and maybe start an after-hours spot. Which, for Dominique, is iffy, since she seemingly has a day job and isn’t trying to work the night shift. However, Emmett’s passionate speech about building a legacy gets to her, so she comes onboard.

By the end of the episode, Kiesha has been missing for 3 days, and the only thing anyone knows is she was going to see her new boyfriend, another older guy, named Nuck. However, being that snitching always got Kiesha in trouble, Kevin tries to hold back this information. But with Nina freaking out, and Dre going as far as to track her phone, enter the homeless community’s area, and damn near assault Ronnie, Kevin has no choice. He reveals what he knows and goes to Nuck’s trap house in hopes of finding his sister.

You’re my person, not my people.
— Imani (Jasmine Davis) | The Chi

The Complication of Being With A Woman, Who Is Trans, And Thus Part of The LGTQIA+ Community

As people visibly see more trans people on screen, naturally, there are questions (a lot of which can be answered through the film “Disclosure” or “Redefining Realness.”). However, after the initial, sometimes shallow, depending on the person, questions, comes the issue of the trans prefix. Whether a surgery was done or not, if they identify as a woman, why keep the prefix? It creates a sense of other or alternate.

Now, we understand gender is a social construct, but we also understand while there are many progressive voices, characters, and opinions in media, Trig might be where the average person is at. They can accept a woman saying they are a woman, but that doesn’t mean a man hitting on them, and pushing them, isn’t going to end up in violence.

Which, of course, we don’t support, but in terms of “The Chi” and the narrative it is pursuing, it does bring up important thoughts and questions. Note, Black trans women are the ones predominately dying in that community. Now, this doesn’t apply to Imani, since Trig seems to love and rely on her, and doesn’t seem ashamed of her. But, him being forced to recognize she isn’t cis, and the LGBTQIA+ community is the community she is part of, it should be interesting to explore that experience.

Speaking of community, Ronnie has been all but run out of the one we often see with other characters on this show. So it was nice to see him find people who don’t hold him to his past and even respect him a bit. It almost reminds you of how neighborhoods used to be, or at least how we were told they were, where everyone knew each other, and it wasn’t because of sordid gossip.

With that said, it should be interesting to learn if they are going to expand the community, and actually have us get to know the people, or if they will just be background actors to fill up a scene.

Jada is one of the last parents on the show who were introduced in the first season. Laverne is gone, Miss Ethel, and while Kevin and Kiesha’s parents have been around, what have we learned beyond their name and, assuming it is the same person, that Dre works for the post office? Nothing.

So with Jada dealing with Emmett, his daddy, Miss Ethel, Ronnie, and more, she has been a consistent presence and had some sense of individuality. Meaning, she wasn’t just someone’s momma. Instead, Jada was allowed to be a representative of what life could be like after the child is gone, and you are tasked with just worrying about yourself. A journey that seemingly might pick up since Tiffany introduced her to an alternative to the dating scene.

The Search For Kiesha

While there is a need to note it is unfortunate that the one time Kiesha is a primary focus, it is when she isn’t even on screen, her being the center of attention is nice. Plus, as shown in “Double Cross,” the kidnapping of Black girls exist, but unfortunately doesn’t make the news. It was for a hot minute a few years ago, around 2013, but with police brutality on the rise, that subject has been set aside. So with Kiesha’s storyline, here is hoping it could reignite a legitimate issue that isn’t just for drama. 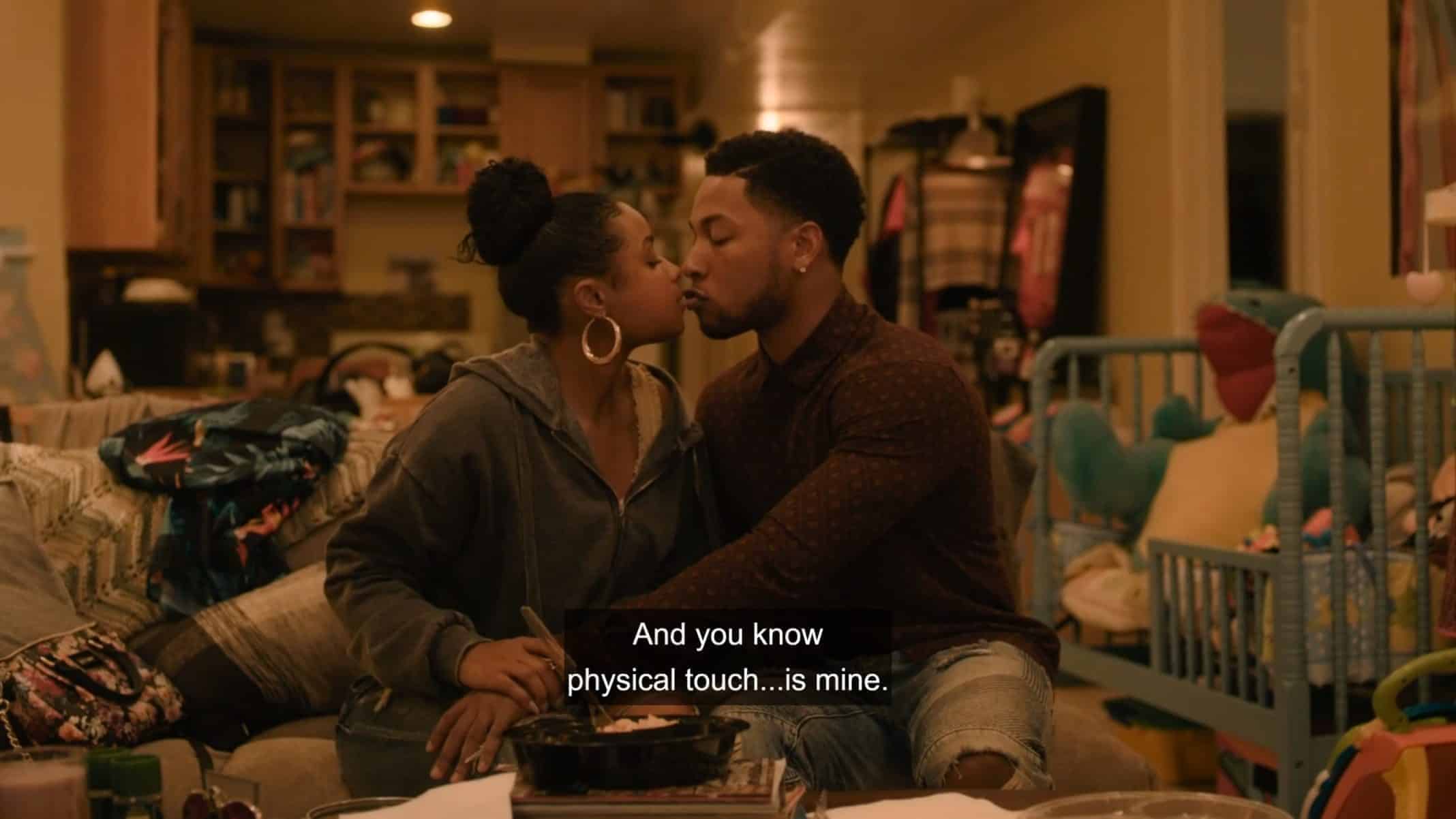 I just don’t want them to have sex. Tiffany and Emmett come off like a legitimate couple. They aren’t all cutesy but do pick with one another and have good chemistry. Can Dominique please, despite interest in Emmett’s third leg, make it clear she is all business?We’d love to see Emmett continue to grow and that exclude what got him all these kids.

Between what Imani brings to the show, Jada, and now Kiesha, things are looking up for “The Chi.” Especially as it continues to explore storylines on barely trodded roads.

The Complication of Being With A Woman, Who Is Trans, And Thus Part of The LGTQIA+ Community - 90%

Between what Imani brings to the show, Jada, and now Kiesha, things are looking up for "The Chi." Especially as it continues to explore storylines on barely trodded roads.