Wherever I Look
Recaps, Reviews, and So Much More
Home TV Series The Chi: Season 1/ Episode 8 “Wallet” – Recap/ Review (with Spoilers)
TV Series

As Brandon figures out how to start his next chapter, Quentin treks backwards to prove a point to Trice and Reg of who not to f*** with.

With Emmett getting attached to EJ over the past two weeks, he has mixed feelings about finally getting a day away from him. On one hand, that allowed him to see Kiesha without distraction yet, at the same time, he doesn’t know where his son is and Tiffany’s phone is off. And while, yeah, he got two other kids, they are out of state so seeing them isn’t really an option. EJ, on the other hand, is somewhere in the city. So, Emmett goes to Tiffany’s mom’s house and she redirects him to whoever Tiffany with now. Some dude who apparently feels safe enough to leave his front door open.

But, while he may get props from the audience, and Tiffany’s mom, for finding EJ and Tiffany, she don’t care. At this point, she wants child support for visitation rights. An idea Emmett finds ridiculous but with Tiffany’s boyfriend being bigger than Emmett, and Tiffany talking about calling cops, Emmett backs down – for now. 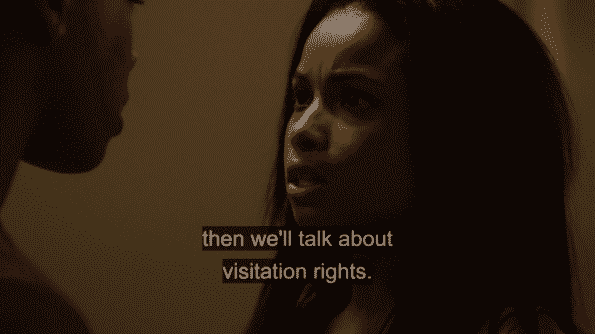 From willing to abandon his kid at a playground to questioning if he might take a beatdown for him, what a change right? But, what I’m wondering about, with there being two episodes left, how will Emmett handle Tiffany holding EJ hostage? We don’t often see a Black father, a young one at that, trying to win custody of his child. So will Emmett pursue going through the courts, cops, and things of that nature? Or will this just push him to hustle harder to earn the right to?

Because, Tiffany has him on denying the kid for two years, one through pregnancy and the second year being the kid being born. So it isn’t like between her and her momma, there isn’t proof Emmett abandoned them. The issue here is, now that he is trying to step up, does that mean he deserves a gold star? For as much as you got to admit Tiffany is low-key trifling, it isn’t like she hasn’t gone through this practically alone all this time.

Which brings up the thought, alongside there not being a whole lot of positive portrayals of fathers on here, there seems to be quite a few single mothers who didn’t lose the father to violence or nothing like that. They simply were deadbeats who don’t deserve much mention. And don’t get me wrong, I’m not complaining about that, since it is real life, but it does help you appreciate those like Reg, Quentin, Sonny, and Emmett to a small degree, who, whether fathers or not, are at least trying.

I’m Just Trying To Have Something of My Own: Jerrika, Hannibal, Brandon

It seems Jerrika and Brandon have made up and with that, Brandon is looking into how to take the inspiration Luis gave him and put it to work. Leading to cousin Hannibal. As has become clear, Brandon looks up to Hannibal. He has money, is cool, kind of geeky, but still down. Hannibal is a bit of an outlier. Like, for us, what Stanley, aka Papa, could become in his adult years.

And because of this, Brandon is hoping Hannibal can invest. However, with talks of $50,000 to $100,000, he gets shut down quick. But, Hannibal still got his cousin’s back. While he may not have, or be willing to part with $50,000+, he is able to get an old, functioning, ice cream truck that will give Brandon what he needs. And though the clowns and “Lick Me” writing on the truck is off-putting, Brandon is willing to put in the work. This is his dream, after all. 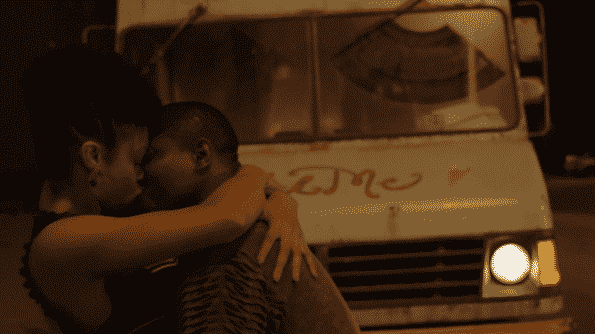 Let’s focus on Hannibal for a second. I truly do love and appreciate the weirdness of this character. Not even weird like in a, scary, or dangerous to your safety kind of way. I’m talking about an eccentric Black dude who is comfortable with who he is and is into things not usually associated with Black urban culture. The man knows Chinese, is strongly into new technology, and while seemingly isolated or a loner type, he is still approachable.

Not only that, he gave Brandon what he needed, not what he wanted. For I’m sure, if he wanted to, he could have figured out a way to get that kind of money. But he knew Brandon didn’t need some brand spanking new truck. After all, getting something like that would have probably got Brandon robbed and he knows Brandon seemingly can easily get played. So, getting a used truck, that I’m sure is legit, gives Brandon’s the tools he needs without breaking Hannibal’s bank. For, Hannibal makes it clear that he knows food trucks fail and that this investment may not work in his favor. However, with him seeing his cousin trying to do something, he wants to help and this is it.

Now, about Jerrika… I need them to not play with their relationship anymore. Cause the gun thing was some BS and these two are way too cute and necessary, for the show, maybe the culture, to be making up to end up breaking up. Also, they had better not have her get caught up in Quentin’s BS and get shot either. This is not some 90s urban drama. Keep those kind of storylines in the past.

You Better Watch Out For Your Friends and Family: Kevin, Jake, Papa, Quentin, Reg, Ronnie, Meldrick

For reasons unknown, Meldrick takes care of Ronnie in ways that may never make sense. Ronnie can’t bring anything but trouble but he still lets him in his house, lowball him for drugs, and even has this doctor, Chauncey, patch him up and he pays the man in pills to do so. If you didn’t know better, you’d think Meldrick knew Ronnie from back in his military days. But, from what it seems, that isn’t the case. Don’t get it twisted though, when Chauncey seemingly ODs on Meldrick’s couch, Ronnie, even with this bullet wound, is the first one expected to do something. Which ends up being leaving Chauncey in front of his home for his family to discover him dead in the back seat.

But, he may not be the only one to discover a dead family member. With Jake increasingly seeming “about that life” it worries Papa and Kevin. I’m talking to the point of trying to hold an intervention but it doesn’t take well. Mostly because, between Kevin being asked to go to the grocery store and Jake revealing Kevin shot someone, it messes up the focus being all on Jake. 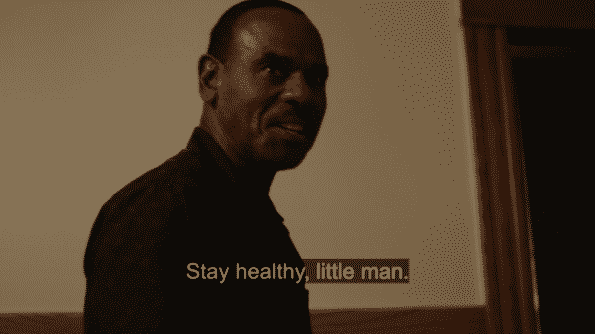 Though, Quentin may present Jake with the wake-up call he truly needs. For after messing with his brother Sonny, Quentin comes down on Reg hard and reminds him, in the old days, before Trice got put on, things were much more brutal. But, Quentin isn’t that man no more. He has evolved – though, don’t get it twisted, he may have evolved but evolution doesn’t mean that old DNA isn’t still part of your system.

So, he just teases the idea of something happening to Jake. All the while, we see Reg the way Trice made him out to be. A man when he has a gun and a bunch of people backing him, but nothing but a boy when alone and without a weapon. Hence why he drops detective Wallace’s name as being a dirty cop and Quentin gives him an assignment. One which is taking care of Jake but another which is a whisper. One, I’m sure, Trice won’t be happy about.

At this point, I’m starting to think Detective Wallace shot Jason. If Reg and his people didn’t, and with none of the others gangs in the area that established, it has to be Wallace. That aside, I’m still trying to know and understand why Quentin cares so much? Is he the grandpappy or not? 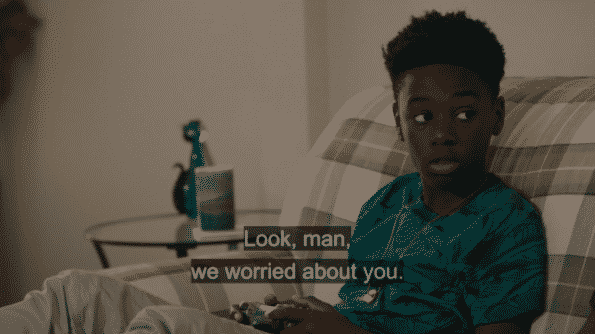 That aside, Kevin, Jake, and definitely Stanley, are perhaps the best written young characters on TV. Stanley, Papa, especially since, as noted, he is such a mini-Hannibal. So comfortable in who he is, his faith, and his hobbies. With pretty much no shame in anything he enjoys or believes in. Then, when it came to Kevin and his mamas, I like how the kids had questions, even some eye brow raising ones, but he made that whole situation seem normal that after a while it lost any real interest the boys had.

But what I enjoyed the most is that, with Kevin and Stanley seeing Jake was going down a bad road, they wanted to intervene. Nevermind the idea that with him having a gun and a gang behind him, that would mean they would be protected or with Jake having money, that could mean more snacks, video games, and all that. What they were worried about was their boy’s safety and life. For that meant more than anything else to them. 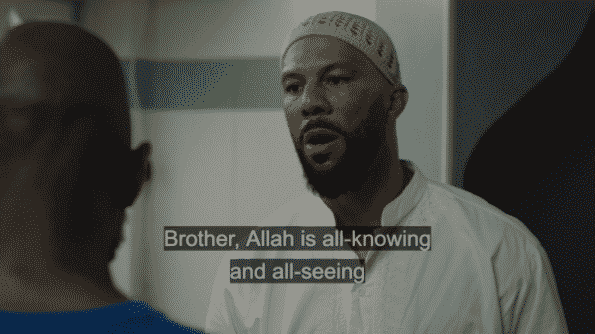 It isn’t often with mainstream shows, especially dealing with Black folk, you see anything but them being Christians. Which makes Rafiq’s appearance, and how he presents being Muslim, such a breath of fresh air. For what it does is push the idea of diversity, within the Black community, in every which way possibly for the show. We got medium and dark skinned characters; young, middle aged, and old; Christian, non-religious, and Muslim; people part of the gang and drug life, but also those who got jobs which pay taxes. Pretty much, it is a little bit of everything.

But, I want to put a particular spotlight on Rafiq representing Muslim faith since, outside of when referencing Malcolm X, you don’t see or hear about Black Muslims too much. So while, yes, Rafiq found religion in prison, with him now walking the path, using the lingo, and seemingly being a servant of Allah, it becomes a rather important form of representation.

I mean, look at Emmett’s comment to Amir about terrorist and all that. Because he never encountered someone like Amir, or Rafiq, he sees the region Islam came from, and its people, a certain kind of way. Of which, I’m sure some audience members do as well. However, with them being exposed to a different perspective, maybe that could change with time. Just like how normal they made Kevin’s parents together, maybe having Muslim characters be shown as just like everyone else, just following a different culture, The Chi will get to contribute something to the culture.

“[…] the more streams of revenue you have coming in, outside of your major hustle, the more risk you can take.”