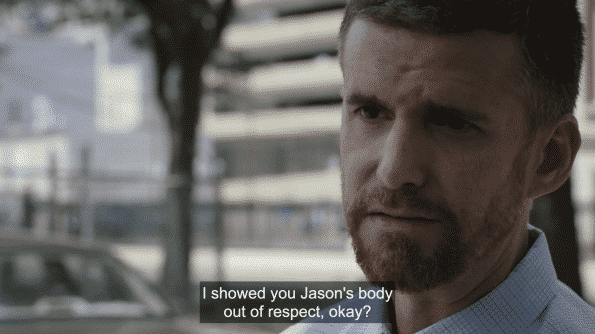 As Ronnie’s life continues to get complicated, the women of The Chi finally begin to be developed – somewhat.

Episode Focus: You Need To Get Your S*** Together | Laverne, Brandon, Jerrika, Ronnie, Detective Cruz, Kevin

With Ronnie having shot Coogie, Detective Cruz knowing it, and Detective Wallace sniffing behind Cruz, there are a whole lot of issues going down. Yet, while Ronnie deals with the fallout of disappointing Tracy and Meldrick seemingly figuring out he got sold a gun cops may be looking for, the one who probably has it worst is Kevin.

If only because, there is no if but when in his life. For if it isn’t when Maisha is going to basically assault him, it’s when Ronnie is going to show up. Of which he does, at his school, and the forces him to meet Ronnie face to face, and eventually lead to a meet up between Ronnie and Brandon. One orchestrated by Kev, for reasons we hopefully learn in the next episode. Because I don’t think he fully understands what he just did.

But, on the topic of Brandon, Ronnie is just one of his many problems. The other one is the fact Laverne is looking to sell the house without talking to Brandon about it. Which is an issue since his granddaddy bought the house and with the Obama library and other things, Jerrika says the property could really be worth something. So her trying to sell to some dude named Darryl Taylor? A person who would talk about selling a house after a woman is in the process of burying her son? It isn’t a good look. Neither is Jerrika helping Laverne try to get more money rather than not selling, but despite her relationship with Laverne, there seems to be faith she’ll be able to handle all that money without issue. Assuming Brandon lets the deal go through. 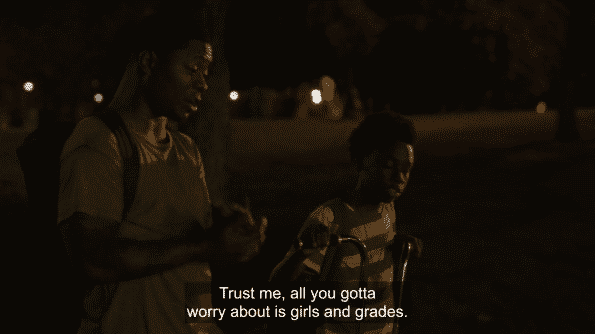 Can we just talk about Detective Wallace real quick? I’m trying to figure out if he is a dirty cop or not. There is something about him looking out for that stash house which doesn’t imply he doesn’t want Cruz messing up his case but more so his side gig to me. Plus, with his whole, “Baseball game” on such and such, and at a location, there is this major, “Keep my enemies close” kind of vibe. For clearly, outside of telling Ronnie about Coogie being a suspect, he seems to be a pretty decent cop. Which, as we have seen many times in shows like this, those are the ones many cops don’t get along with.

But, it is what it is with that. My question is though, who redefined the word “snitch?” Last I checked, you are only a snitch when you part of the action. Ronnie saying Meldrick has the gun he sold to him to hide the fact he shot Coogie, that would be snitching. Just as much if Meldrick sold Ronnie out. However, Kevin reporting a murder he did not take part in, how is that snitching? This dude, a grown ass man who, with that raggedy beard, comes off creepy as hell. You aren’t going to report what you saw? A man who looks like a crack head is shooting kids and you going to keep your mouth shut? I get cops aren’t that trusted and assumed to be terrible at their jobs but, let’s not pretend shows like this don’t have low-key messages throughout. Such as, probably one of the biggest problems of “The Hood” is people like Ronnie get protected as much as Trice and his gang. Though, more on them later.

Keeping the focus on Kevin though, I feel bad for him when it comes to Maisha. For really, what can he do? If he tries to get her to back down, she can ruin his life and any chances he could have with her cousin. Yet, if he doesn’t fight, then Kevin may end up like Norbit. What’s little man to do?

Well, for a hot minute, it seemed like he would have become a surrogate little brother to Brandon and perhaps get some answers. Which, personally, I found sort of cute. After all, Keisha, while nice, as well as Kevin’s moms (Nina is queer), there still is likely a desire for a male influence. And it isn’t like Brandon is out there on the streets hustling dope. He got a legit job, an enviable relationship, and seemingly has it together. At least enough to survive. Why wouldn’t Kevin look up to him?

Yet, this kid walks him right to Ronnie and with Ronnie being told to tie up loose ends, wanting his Tracy back, and trying to not go from a CI (Confidential Informant) to someone Detective Cruz is hauling in, he’s probably desperate. Not to forget, the big theme of this show, or might just be this season, is how murder leads to a chain of events. So it could very well be Ronnie just wants to make sure he doesn’t get popped. Which Brandon was going to do until he chickened out.

With all the babies he has, and him still trying to hit it raw with Keisha, Emmett doesn’t seem to have a lick of common sense. However, with Jade pushing him to make more money, and Sonny not having more shifts, he has to look for other opportunities. Not to imply he is quitting Sonny’s, more so he needs a second job.

Reason being, that sneaker thing just supports a habit. At best he breaks even. So, he checks out Reg, the dealer under Trice, but isn’t about that life. So, with Amir and Habib he sees a possible in there. If only because his idea is, put a Black person behind the counter, there will be less stealing. A slightly juvenile idea, but you never know. It could work.

You have to admire Emmett’s hustle, even if it is only getting him to break even. Yet, you have to wonder, how old is this dude and what are his plans for his life? It’s cool that he can come up with solutions to other people’s problems, sneakers or Habib’s, but that isn’t going to pay for his lifestyle and all those kids he keeps having.

And speaking of Habib, was it apple or abeed he called that boy? Abeed basically means slave in Arabic so… maybe Emmett might want to rethink where he wants to work. Also, what is this gig Amir has that could make Emmett some money?

Subplot 2: When Money Isn’t an Issue At All | Quentin, Jerrika, Trice 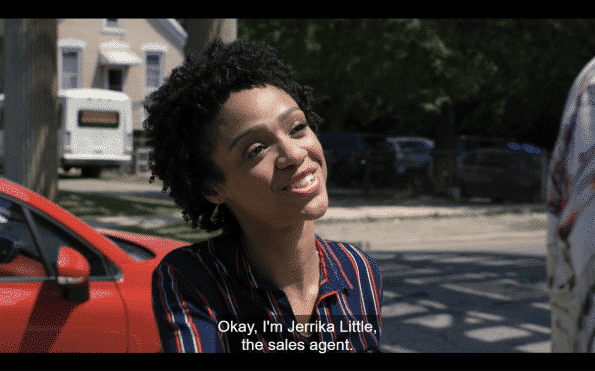 With Quentin back, and revealing unto us he used to run the local drug game, so comes him checking out his protégé Trice. Someone who, while he has a fondness for the old man, doesn’t necessarily like him in his business. Especially accusing him or his crew having to deal with Jason’s murder. As if he doesn’t have things under control.

Yet, you can’t trust and rely on these young bucks. They need an eye kept on them. That’s when Jerrika comes in. You see, we finally learn that what Jerrika does is real estate. In fact, in Hyde Park, her parents, primarily her momma, have shown quite the talent for real estate. And to prove they passed that along to Jerrika, not only does she impress Quentin from her handshake to her sell, but when he says he wants to buy that day and have the keys that night, she delivers.

Setting aside Quentin, since we knew he was likely some kind of OG, let’s focus on Jerrika. I am so glad, even if just a few baby steps, she and the rest of the women were allowed a bit more depth this episode. But, refocusing on Jerrika, is she not ideal bae? Granted her not going according to plan with Laverne might be seen as a misstep to some, but Jerrika is cut from a different cloth. She has that long-term planning mindset and I don’t think she finds it worth the trouble to buy Laverne’s half and maybe move into the house with Brandon. Never mind rent it out.

Plus, considering the money they could make, they could set that aside so that when they decide to open that restaurant, they got money to get started. Maybe enough so that if they need to get a loan, it won’t be a backbreaking one.

Get you a Jerrika in your life.

The Women Got Developed More 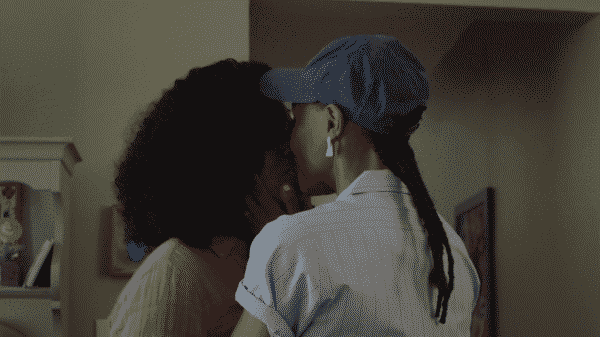 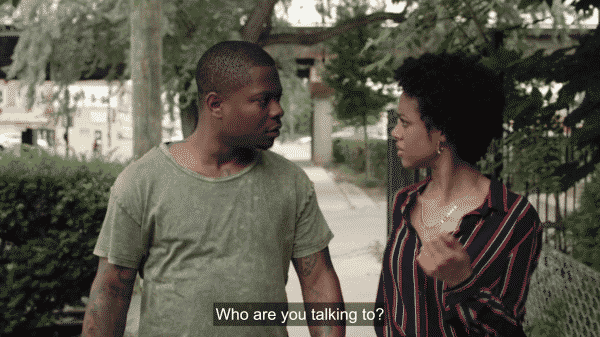 One of the major issues with the first two episodes of this show is women were very much tied to who they were to the men in their lives. Laverne, Jada, and Nina were just someone’s momma. Jerrika was just Brandon’s girlfriend and Chef’s wife was shown to have power, but also seemingly had a more than just friends vibe when it came to Brandon.

Yet, that changed this episode. Laverne may have still been a mother, but she got empowered through her vulnerability. Her talking about the reason she was more so focused on Coogie was because he clearly needed it and that suturing some of the wounds between her and Brandon. Then with Nina, how casual they made her relationship was beautiful to me. It reminded me of The Fosters almost. Where, having moms just was and while outsiders may raise an eyebrow, it means nothing to the kids.

But of course, top billing goes to Jerrika. If only because I am bias – to be completely upfront. She finally has broken out of Brandon’s shadow, we got to see her shine and toot her own horn, and be an equal. Now, granted, her being an equal was just a few drops of information and her selling a house to someone who didn’t necessarily make her work all that hard. However, let me and her have this!