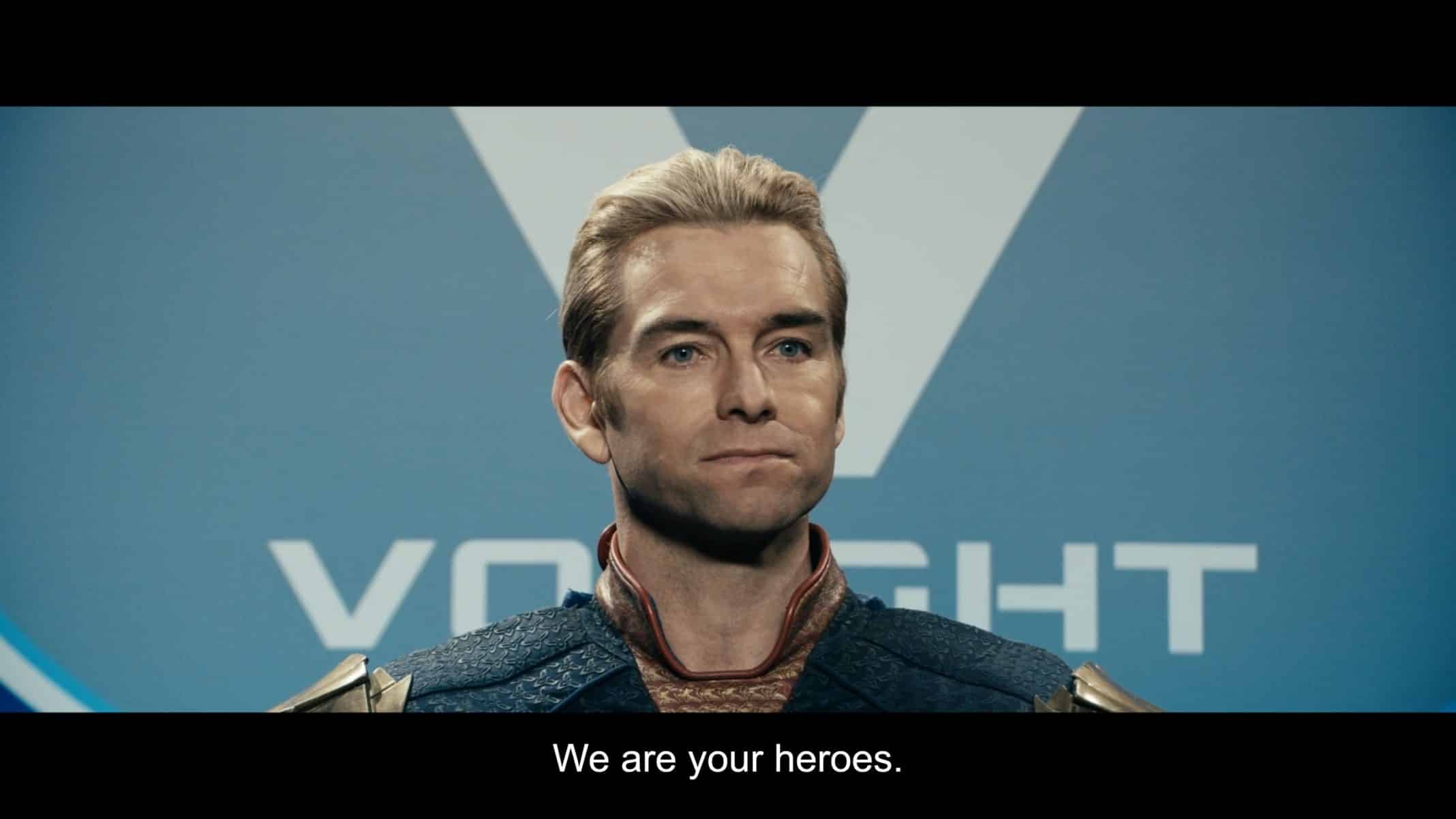 Homelander: We are your heroes.

In the season finale, we finally learn who is making heads explode, two notable people die, and another is eliminated from the show – for now.

“What I Know” Recap

The Enemy of My Enemy Is My Friend – Stan, Billy, Maeve, Annie, Hughie With Lamplighter dead and Compound V on a speeding train towards not just legalization, but being used en masse, naturally, Stan has mixed emotions, and Billy sees this as hell. However, this doesn’t mean it can’t be stopped, or deals can’t be made.

For example, Stan sits with Billy over the issues of Ryan and Becca, even Stormfront, to a certain degree. Now, when it comes to Stormfront, we finally hear Stan’s opinion, and it is that she is good for business and that, due to him not being a white man, he cannot lash out and be brash as Billy would do. So, instead, he focuses on what he always has – the pharmaceutical side of Vought, which uses the media and tech empire as a cloak.

Yet, with Homelander having few weaknesses, the location of Ryan always holds a special trump card and, considering Ryan’s abilities, a possible failsafe. Though, as Billy is trying to cut deals with the enemy, Hughie is still hellbent on taking them down. Annie too, and it was hoped Maeve would help. However, Maeve is tired of fighting, and while she has repeatedly saved Annie, she doesn’t like her more than the steadiness of her check and the lifestyle she has.

How do you get a child away from one of the most powerful entities on the planet and a woman who sees Ryan as the means to end a “white genocide?” Well, in steps. First off, due to the isolation he has experienced, Ryan isn’t really adept to the attention his father brings, and that leads to a panic attack. So he takes him to a cabin in the middle of nowhere, and that isolation makes him the perfect target.

Now, how does Billy learn where this cabin is? Your guess is as good as mine. How does Becca escape the fortress and get to Billy? Again, your guess is as good as mine since, even though she isn’t a captive of Vought, she is an asset, and while not tagged like a Supe, I’m sure a multi-billion dollar company shouldn’t have much issue seeing her leave and knowing what direction she is in.

Yet, let’s not pretend “The Boys” doesn’t downplay how powerful Vought is unless it needs to. That aside, The Boys stack up with all kinds of weapons for whether they face off against Stormfront or Homelander, they need something. For with the plan being to have a notable amount of speakers blaring, thus drawing Homelander’s attention, there has to be hope Stormfront isn’t by his side at the time. 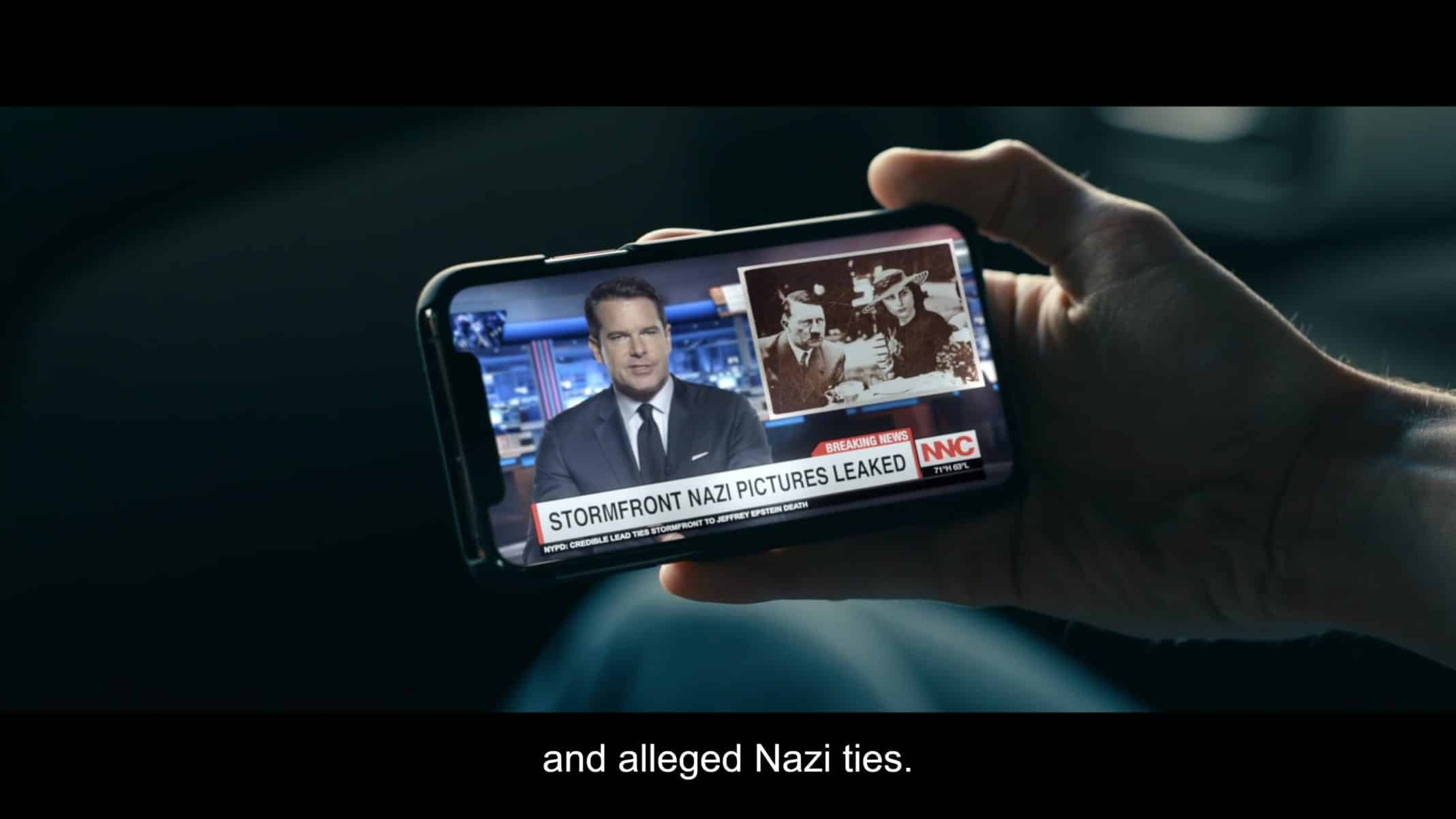 Which, luckily for them, she isn’t. Why? Well, thanks to A-Train, after hearing Stormfront is racist, hence him not getting back on The Seven, he goes into Alastair’s vault of information and hands Hughie and Annie the Nazi folder. Thus, Stormfront is distracted, and while Homelander is away, Ryan is snatched.

But this doesn’t mean the plan doesn’t go awry – Billy Butcher is involved, after all. Initially, he was supposed to hand the kid to Vought, and he doesn’t. Thus, Vought shows up, Homelander is wondering where his kid is and massacres all the people who were supposed to snatch Ryan and go.

As for Stormfront? Well, she discovers where Annie and The Boys are, and a fight ensues. One that is Annie and Kimiko vs. Stormfront, with The Boys flung about. Leading to Stormfront whooping some ass until Maeve, who somehow knew where everyone was, joins the fight and then comes a 3 on one. Which, with her being severely outnumbered, this means she has to retreat.

So, did Becca get both of her boys? No. To begin, Stormfront finds them and damn near kills her until Ryan, in a blast of eye ray energy, burns off Stormfront’s face and her limbs up to her knees and elbows. Now, as for how this leads to Becca’s throat being cut? I don’t know.

Becca’s death is a bit confusing considering how Stormfront looks vs. Becca, and considering Stormfront was choking Becca and Stormfront’s powers are electricity. So unless Billy, when shooting Stormfront, hit Becca in the throat, her bleeding from the neck makes no sense. Yet, it is made clear by Becca, with her dying breaths, to make sure Ryan knows it isn’t his fault.

Though with Homelander showing up and saying it is Ryan’s fault, as he tries to have him come his way, who knows if Ryan may still follow in his father’s footsteps? All that is truly known is Maeve, once again finding people through means I can’t fathom, using the plane footage, so Billy and Ryan can be free, Starlight, and herself.

As for everyone else? Ryan is taken in by Mallory, to go who knows where, Mother’s Milk reunites with his daughter and the rest? Well, with all that has happened, Victoria has become the Czar for an office which monitors supes, with The Boys being a line on the budget. Which, even though Billy doesn’t outright accept, nor talks to the crew, the show has been renewed for another season, so it’s a given.

But Hughie may not join them. With him wanting normalcy, especially since he and the rest of the team have their criminal records expunged, he wants to date Annie and be a good guy without guts flying about. This makes it ironic he decides to work for Victoria, who is a Supe, and the one who has made people’s heads explode. Including Alastair’s head, after he reveals A-Train is back on The Seven, Kevin is SOL, and he hoped to blackmail more Supes to get tax-exempt status for his church.

However, Victoria kills him and seemingly welcomes Hughie to work for her with open arms.

If you jump ship and you let the assholes steer, then you’re part of the problem.
— Annie

Most villains usually get an ending that doesn’t match how they rised. Stormfront, on the other hand, it took three women attacking her, and The Boys to a point, for her to go on the run. Also, it took the son of Homelander, one of the most powerful entities on the planet, to stop her, and even he didn’t kill her. Likely made it so she won’t be able to do much, but she isn’t dead.

To me, this is how you end a villain. You don’t make it seem they were weak the whole time and just weren’t tested. You send them out fighting and maybe show some vulnerability, but make it clear that it takes damn near the strength of an army, be it the media or fist, to take them down. For no show, movie, book, what have you, can be good without a villain to face, be it a person, feeling, or something else. So they deserve as much respect as the hero, for they are essential. 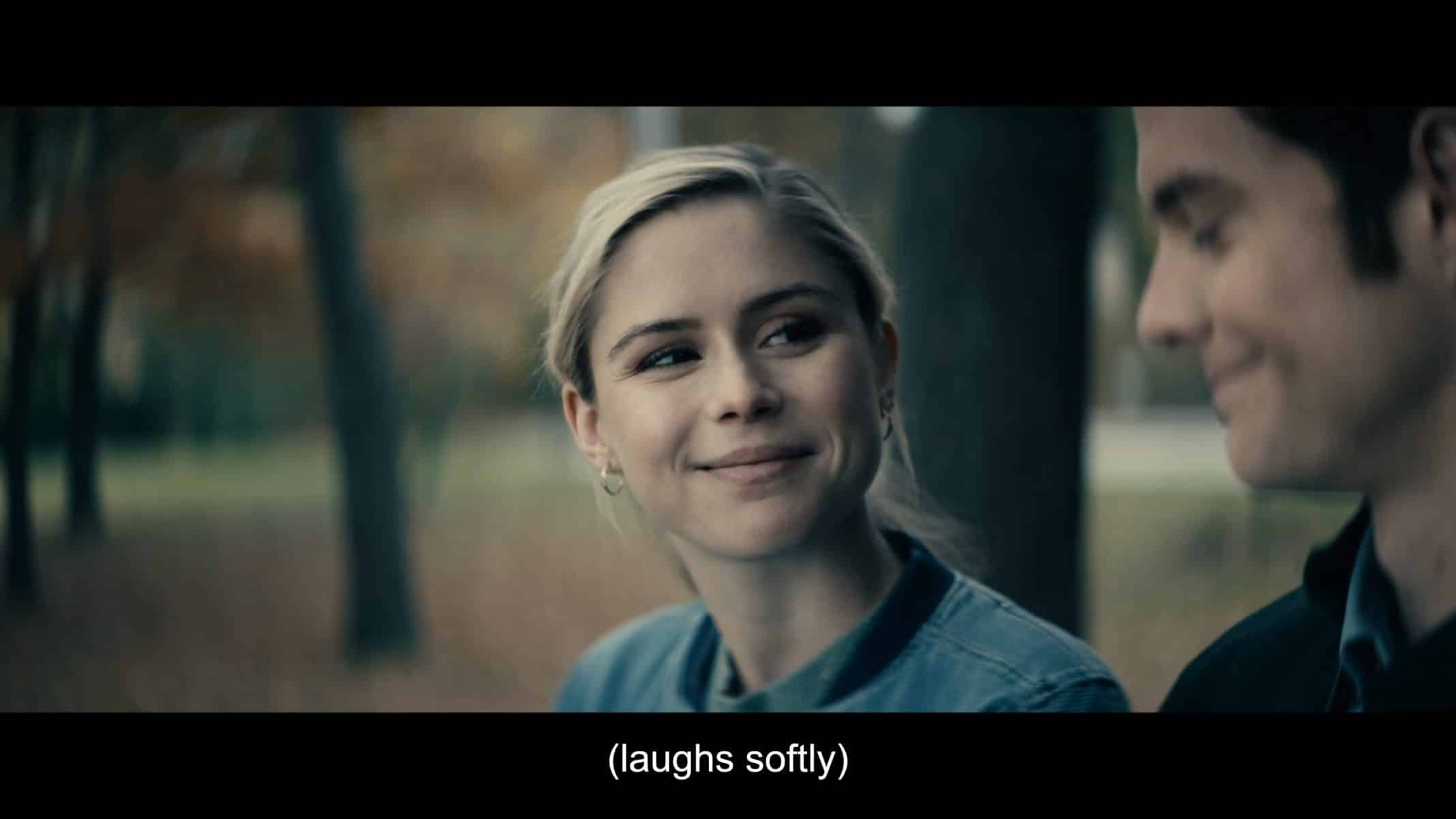 With The Boys now working for the government again, Hughie being a semi-normal person just trying to make rent, Annie and A-Train back on The Seven, and so much more, “The Boys” presents us with a soft reset. One that can allow us to set aside the madness and mistakes of this season, yet also use the good parts. For example, Victoria being a supe who blows up the heads of people who aren’t necessarily her enemies could actually be her allies, but need to die so she can place herself in a position of power.

Also, taking note of all the people who escaped Stormfront and Lamplighter’s testing lab, they can come back as villains. Never mind Hughie’s mom could show up, the Church of the Collective could become more formidable, as the battle between church, state, and corporations heats up, among many other things.