Wherever I Look
Recaps, Reviews, and So Much More
Home TV Series The Boys: Season 1, Episode 5 “Good For The Soul” – Recap, Review (With Spoilers)
TV Series

The Boys: Season 1, Episode 5 “Good For The Soul” – Recap, Review (With Spoilers)

With the concept of faith and loss brought up, we’re reminded of how lonely many characters are and how they struggle to find connections.

Where do supers fit in the context of religion? Well, they are ordained by God. However, as for whether they are angels, just special, or how to deal with all of that? It’s complicated. For there are actual supers with angel wings. But that’s a whole different thing. What we’re focusing on is Billy wanting Hughie to blackmail Ezekiel with his knowledge that Ezekiel is a homosexual. Which is a big issue since, strangely, Vought International has some part in the very conservative expo. One that is against homosexuality, any religion that isn’t Christianity, pre-marital sex, and more. But what makes things difficult for Hughie is not only getting to Ezekiel, and blackmailing someone who can kill him and get away with it, but using Annie. Especially since she is in a delicate place right now. She really is disenchanted with being this level of a superhero, and with the discovery of how hateful the Believe Expo is, it just makes things worse. Add in Donna talking like she is ready and giddy to cash in on raising a super for a kid, and it’s a lot. Making Hughie asking for tickets to see Ezekiel not the final straw but definitely a major disappointment.

Yet, Hughie is trying to feel better through revenge, and while he has a roundabout way getting to it, he proceeds. He gets Ezekiel alone, blackmails him, and learns Compound V is being shipped to a hospital. The fun thing is, when Billy and Mother’s Milk arrive, is learning it is being pumped into the bloodstream of children. Leaving you to wonder how many kids are naturally heroes and how many were made that way?

Those Left Behind: Billy, Maeve, Elena

When it comes to the past of many of the characters, we know bits and pieces. In this episode, we revisit Billy and his ex-wife Becca. Someone who we didn’t have any concrete details about. However, now we know she is missing, assumed dead, but how that came to be is unknown. What she taken, did something happen at work? Who knows. At this point, we just know in 2012 something happened, and Billy seems to be the only one who has any belief that she might still be alive. He can’t prove it, but he believes it. 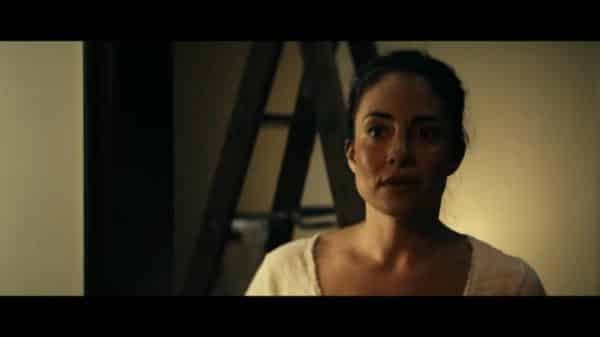 As for Maeve? Well, with Homelander pushing up on her, and feeling helpless when it came to those 123 people dying, including children, it leads her to get drunk. It also brings her to the doorstep of Elena who seemingly is her ex-girlfriend. Someone Maeve was with before she became one of The Seven and made it big time, a casualty of Vought International being a conservative company. Also, a person who has mixed feelings about seeing Maeve in person, especially since Maeve clearly was just looking for sympathy and sex more than conversation. Making it so the possibility of reconnecting, fully, isn’t likely.

Early on, Homelander noted that he had to give up his secret identity while staring at a picture of himself. There are two things we can take from that. The first, which was apparent at the time, was how little each hero truly owned themselves, had autonomy. To which Annie is at her limit since, after feeling used for a ticket to see Ezekiel, dealing with Hughie is difficult. She just gave a speech questioning her faith, the expo, and feels lost. So to have this guy want to be like everyone else, a taker, she just can’t deal.

So, to save face, give a half-truth, Hughie talks about Robin’s death. Not a super killing her, but how the death messed him up and he was seeking something to deal with it. Even seeing Ezekiel in hopes of enlightenment. Which Annie gets, and it leads to her forgiving him and understanding why he fades off in conversation sometimes.

They aren’t the only ones who reconcile, however. Madelyn and Homelander do as well. You see, the second significance of that picture is that staring at it allows Homelander to look directly into Madelyn’s office. Which, thanks to a well-placed camera, she is well aware she is being watched, and with her inviting him in, it leads to a very odd scene.

In it, Madelyn addresses Homelander giving a speech making it seem he, heroes, maybe Vought, see themselves beyond the government and shouldn’t need their permission, that calls for a meeting. One Madelyn has pushed off since she has an actual kid to take care of so some grown man’s ego isn’t a huge priority. Yet, with getting to lay in her lap, suck on her fingers, it seems that calm Homelander down and have you realize how twisted their relationship is. 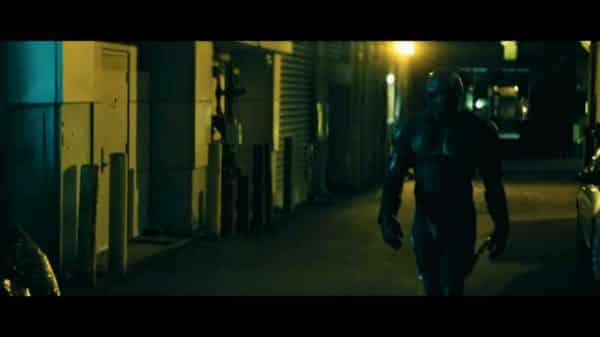 Leaving Frenchie. With A-Train looking over a sex tape made between him and his now-deceased ex, he sees Frenchie’s face and, alongside Black Noir, they track him down. Heck, they also nearly have him killed. Luckily, The Female saves him or more so buys him time. But with her skills not on the level of Black Noir, it appeared she died protecting Frenchie. But thanks to her healing powers, she’ll fight to see another day.

The amount of sacrifice we see is astounding, isn’t it? From Maeve and Ezekiel hiding their sexuality, Annie not having friends and a bit reliant on Hughie to see her, and Homelander? Within the X-Ray, there is a video focusing on Homelander’s childhood. One which seems like he could be an example of what the Compound V kids go through, or what kids whose parents aren’t like Donna experience. In that we see him indoctrinated and also killing a woman. Someone who talks about family and talks about being willing to be a maternal figure. Which likely was a lie, so he crushes her in a hug.

Which may seem psycho, a result of his isolated depression, yet it helps you understand Homelander deeply. It helps you get why he admires Maeve for not lying to him and perhaps how consistent Madelyn has been in his life. For he is probably, one way or another, used to people leaving, being broken, maybe even scared of him. So these two powerful women not backing down, it is alluring. Yet, neither want him the way he desires them. And with him being Homelander, this superhero, without a private life, what chance is there for him to find a girl, some form of peace, and get what wasn’t available to him in his childhood? Slim to none. A problem that probably plagues everyone since, once they are outted and on the Vought platform, finding someone is hard and Madelyn approving probably is even more difficult.

Not to harp on this, but if Vought possibly has a hand in making supers to replace their current roster down the line, are you seriously telling me no other company does as well? That no one, before Billy, discovered babies capable of shooting laser beams and decided to steal the formula? Don’t get me wrong, the development is interesting, but I also feel like the whole avoidance of supervillains is very strange right now.

Yet, considering how Madelyn coddles Homelander, maybe she has experience with heroes becoming villains? Because the way she handles him gave off this mix of fear, due to his capabilities, combined with a sense that she needs to throw some salt on his fire or else the consequences could be severe. For we’ve long known Homelander isn’t happy. Also, we’ve seen his influence. Lastly, Madelyn and Ashley have made it clear to us how they have to be mindful of public perception when it comes to heroes. So while you could say Madelyn and Homelander’s scene at the end of the episode was twisted, what it truly was, was a mind game. One made to bring Homelander back into some kind of submissive position, one that had him seeking Madelyn for advice and permission, and make sure that he doesn’t inspire others to pursue becoming god-like and above the law.

For maybe, just maybe, that is the main reason we don’t see supervillains. Just because Vought, who likely operate in countries besides the US, have all the right people to keep even the craziest from going berserk. Even when it seems they cannot be stopped.