In the series finale, while fans get a lot of what they have wanted, there are a few twists regarding what the characters ultimately want.

For Sutton and Adena, both desire to not be in a make-up and break up loop. Sutton knows Richard isn’t going to give up the idea of having children, and she accepts that. However, he’d rather be happy with Sutton, without kids, than with someone else for the sake of having one. Never mind adopting a child as a single parent. So it seems their divorce is no longer a thing. 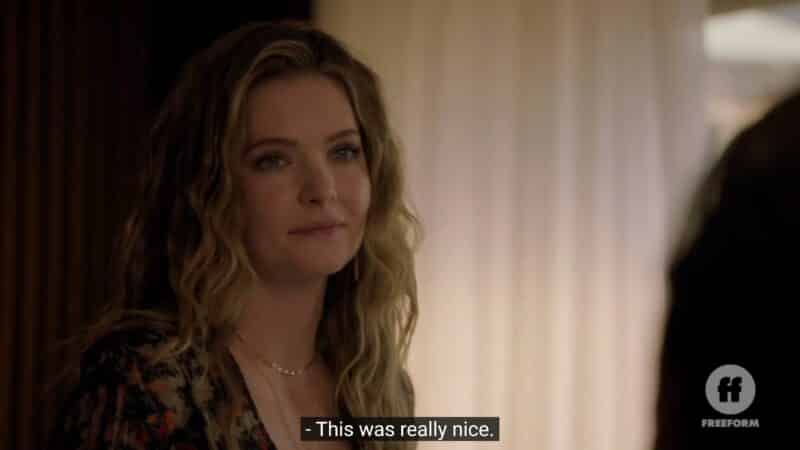 As for Kat and Adena? Being that Adena is starting a business with Kat, and their relationship history being what it is, that makes the idea of mixing business and pleasure dangerous. Granted, Kat is now willing to eat out a woman voluntarily and has also grown outside of the bedroom, but Adena seems to be at that stage where she wants stability. This leads Kat to make the kind of moves to further prove, despite Adena’s feelings about Kat being unable to commit, that is in the past.

Jane is a work in progress heavily influenced by what is around her. In terms of work, that is part of what makes her a great writer, for her curiosity about how others live leads to her wanting to dig and try to keep an open mind. Granted, does she for every last subject matter? Absolutely not. However, writing and learning is what she loves.

So as Jacqueline pushes the idea she won’t have the time to chase stories, write, and do what she loves because she’ll have meetings and having to mentor way beyond what she is even comfortable with now? That makes Jane question things. Add in Kat being able to do a strategy pitch like it is nothing, and get excited about it? Jane realizes she has been walking in Jacqueline’s paved path due to the attention and mentorship far more than Jacqueline’s path being what she wants.

Hence her saying she doesn’t want the job. This, of course, comes as a shock to Jacqueline, but as Jane redirects Jacqueline’s attention to Kat, things click. Jacqueline was too focused on someone like her, so she focused on Jane, while not taking note that what Scarlet needs isn’t Jacqueline 2.0. Jane found that out, and Jacqueline eventually did as well. What Scarlet needs, if it is to be bold, progressive, and be data-driven and not data fed, is the woman who lives that way both in her professional and personal life. 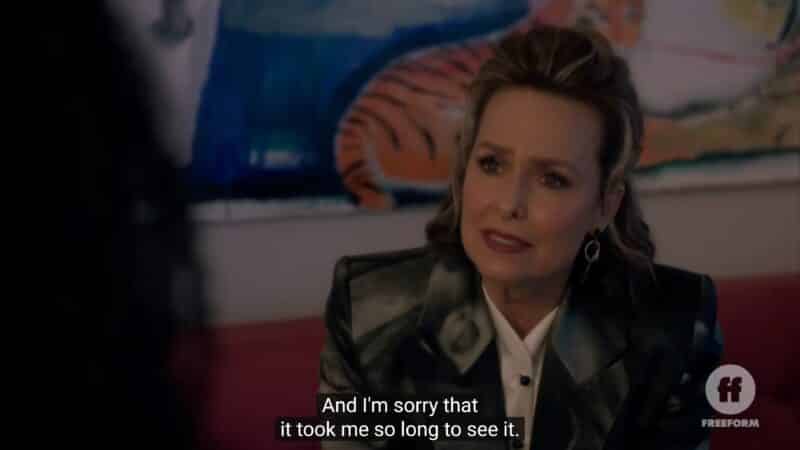 Thus leading to Kat being positioned, despite her history with Scarlet and its parent company, being ushered in as the Editor in Chief.

With Kat taking the reins, and Sutton back with Richard, there is the question of what’s next for Jane? She no longer is on Jacqueline’s path and clearly doesn’t feel being a manager is something she’d like to do as part of her day-to-day. So, with a postcard from her dad featuring her mom in Paris, it seems she is going to switch to following her mother’s footsteps and allowing her mom’s spirit to live vicariously. Which she recognizes means leaving her safety net, but as you and I both know, Jane is privileged enough that she’ll enjoy herself, and with Kat letting her know she’ll always have a job waiting, she’ll never hurt for money.

While Jane Is Still Following In Someone Else’s Footsteps, She Remains Committed To Being Single

At Jane’s core, I think while certain things she is staunch and inflexible with, like guns, when it comes to life in general, she has seemingly learned it isn’t smart to plan too far ahead. If not, because she is prone to end up on the road someone else inspired her to be on, she can easily lose sight of what she wants and who she is.

However, as shown by not pursuing Ryan again, she has learned not to always take the paved road. Now, granted, she has gone from the influence Scarlet and Jacqueline had on her to her mother regarding what to do with her life, but Jane is still young. Lest we forget, not a single one of these characters are even 30 years old, and with the way we see Jane, it seems she needs to be out in the world. What Jane needs is to get to know who she is when her focus isn’t on impressing or modeling herself after someone else like she has since she has started Scarlet, and maybe even before that.

This is why we like where things ended for Jane in the finale. She is leaving her safety net and looking for an accomplishment that isn’t work-related or deals with dating. A thought that is challenging to imagine after college and having a full-blown career, but if there is one thing The Bold Type constantly pushes viewers to do, is to try to get off the hamster wheel you’ve been running on.

I think it is fair to say that Kat ending up with Adena and Sutton with Richard was wish fulfillment. Yet, like Kat recognizing the strangeness of going from being fired to a borderline board member, The Bold Type embraces the history and awkwardness. When it comes to Adena, she is a ground force for Kat and that can become a tiring thing. Especially for Adena, who has a mother like she has, is in the US on a Visa, is queer, Muslim, and while in the career field of her choice, also knowing a change of direction, amongst many other things, can end her living the dream.

So when it comes to stability, Kat was that thing, but Kat is also someone who will get themselves fired in the name of activism. That’s dangerous and scary yet, let’s be frank, Adena doesn’t seem to have too many close relationships outside of Kat. Yes, she has dated many women, but it seems Kat has been the one who stimulated her, challenged her, got her, and grew with her. All of which, when you find a person who can do that, leads to the cycle they were on of making up to breaking up. Yet, like Richard said about Sutton, can you find someone who perhaps is easier, and more ideal to your superficial whims? Yes. However, while that person could make you content, they will not make you happy. This is what nearly all of us are chasing, so when you find it, like Adena and Richard did, while you know there is a challenge involved, you’d rather fight and enjoy the peace and love than have someone for the sake of having someone.

Any opportunity we get to see Jacqueline less than perfect is relished, for it reminds us she is human. Is she the kind of boss, mentor, and friend we could all use once in life? ABSOLUTELY! However, like Jane, Jacqueline has blind spots. Jane ignored her young, person of color writer and focused on Scott to the detriment of Addison’s growth.

In terms of Jacqueline, Kat has long been far more impressive than Jane, and maybe, if Jacqueline would have helped Kat focus her energy and mold her more, she may not have had to go on this wild ride to get to where she is? Because, clearly, where Jane stumbled, Kat excelled. She ran a department, always found time for initiatives, took initiatives, and had the work-life balance that long alluded Jacqueline.

Should We Have Gotten A Epilogue?

Ending the show as it began, with Jacqueline watching over the girls, like a fairy godmother, was a beautiful way to wrap up the season. However, I can’t be the only one who wanted to see what everyone’s life was like years down the line, right? As noted, the ladies of The Bold Type aren’t even 30 yet, and considering this whole series covered, maybe, two years? It leaves you wondering how dramatically things could change with Kat holding the reins to Scarlet, Jane traveling, and Sutton?

Well, isn’t it kind of sad Sutton hasn’t necessarily had the big leaps Kat and Jane had? In fact, while she and Oliver are cool, I’m under the impression he still hasn’t forgotten about her drunken ideas so, if there is one thing I needed, it was Sutton to be on the level of her friends. For as much as we may, sometimes begrudgingly, how far Jane has come in discovering herself, or Kat has come professionally, it seems Sutton hasn’t gotten the same bounce back, and move beyond where you once were, opportunities.

The Bold Type ends without controversial decisions, and while Kat becoming Editor in Chief was surprising, it wasn’t shocking. So, overall it is satisfying but doesn’t leave an exclamation mark on a show which helped define FreeForm as a network.