The Arrangement: Season 1/ Episode 3 “The Leak” – Overview/ Review (with Spoilers) 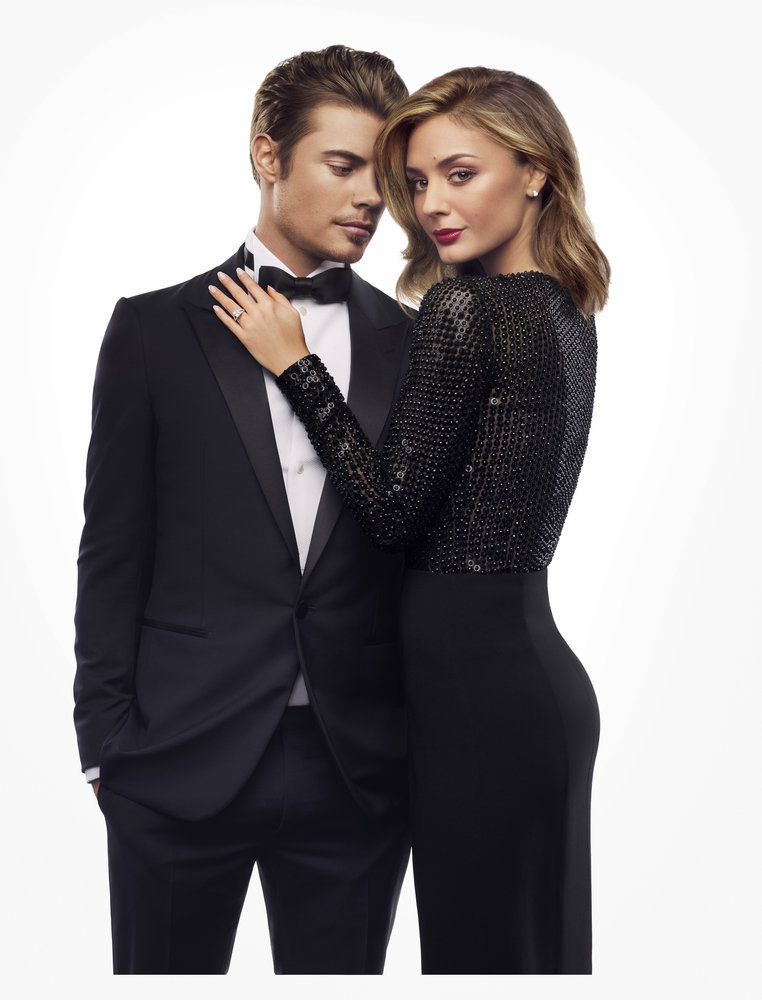 While Megan and Kyle go through their first fight, Terrence and the studio head continue to pull on Kyle’s strings. Even as he tries to take back control of his life.

With Megan becoming famous, though solely through dating Kyle at this point, Hope is having issues dealing with it. For while Megan tries to set her up to have a conversation with this big time director named Andreas, she bombs. She bombs so badly that she has to immediately get wasted to forget. Thus leading to her embarrassing herself and Kyle having a car take her home.

But she isn’t the only one who gets embarrassed, however. Nude pics of Megan are leaked, by Hope, who thinks she was doing Megan a favor. Providing her a way out. Shaun though, who is of sane mind and body, tells Hope off for doing that. For now, Megan’s naked picture is circling the world and, unbeknownst to the two of them, is a factor in her getting taken off The Kill Plan. Which is devastating in ways you can’t believe for Megan. For while there is this worry about not getting a role on her own and just getting it cause she is dating Kyle, she never got the opportunity to prove people wrong. Yet, according to Deanna, their day will come soon. And considering these meetings she has with Megan’s agent, who knows if Megan is a pawn or a queen in these future plans.

You know, you have to give a lot of credit to Kyle, up until his BS excuse for letting the studio get their way and replace Megan. He stood up to Adam, one of the heads of the studio, even Terrence! Hell, he even posted a nude photo of himself to show solidarity with Megan. Yet, for reasons which boggle the mind, he allowed her to be dropped for he feared the narrative would be how the only reason she got a job was because of him. Um, as long as she is dating him that is going to be the assumed reason. So him talking about how the studio owes him now and he still wants to work with her, hell, direct her in a movie, I don’t think makes Kyle seem like the brightest bulb in the batch. He literally is putting her in a worse position for Andreas, who seemingly is directly The Kill Plan could have vouched for her talent and made it seem credible. Kyle doing so, in a film he is directing, just heightens the nepotism.

Leading to the topic of Hope. I ain’t ever like her and I’m given less and less reason to each episode. Though what makes her role in this situation interesting is I think she is mad she is no longer the most successful one, when it comes to acting. Shaun has them both blown out of the water since she is doing fine with her legal career, but Hope had the fact she had acting credentials. Now, with Megan becoming well known and introducing her to famous people, trying to give her the hookup, she can’t handle it. This drinking habit is now a problem and she can’t cope.

Leaving Deanne. I still struggle to understand what her and Terrence’s relationship is. He undermines her every chance he gets and they don’t seem like a team. They barely communicate at all. To the point that I wonder if she is just prepping to find the kind of job she needs to abandon both Terrence and Kyle. Because with her talking with Megan’s agent, I really do feel they set Megan up to break up with her boyfriend and become Kyle’s boo. For Deanne needed a fresh face and someone with star potential to ride the coat tails on, who she has some realm of control over, and damn if Megan’s agent didn’t have the girl she was looking for. [note]Terrence gets asked about some missing girl named Sofie who was last noted to be taking classes at the institute. [/note] [note]Kyle has a new assistant and while he is less weird, Zach doesn’t make the question of Kyle’s sexuality go away [/note] [note]Megan and Kyle have their first fight when Kyle gets distant with her while they are kissing and she thinks him getting distant is why Lisbeth left. A statement which hurts Kyle since homeboy is mucho sensitive. Not just when it comes to Lisbeth but matters of the heart in general. [/note]