The Act ends by trying to clean up Gypsy’s image by making it seem she truly did make a mistake and didn’t realize the consequences of killing her mom.

Despite it all, Gypsy pleads not guilty. What may seem a strange decision to you, but let’s factor in her lawyer is trying to keep her from the death penalty and also trying to separate her from Nick as part of this case. Something that, since both are locked up, Gypsy can’t tell Nick and with him bringing up how Bonnie and Clyde died? Let’s just say things for a long time were getting quite real for her, and leading to results she didn’t like, and that bomb being dropped just did it for her.

Leading to her calling anyone and everyone, including her dad, for a means to escape this fate. 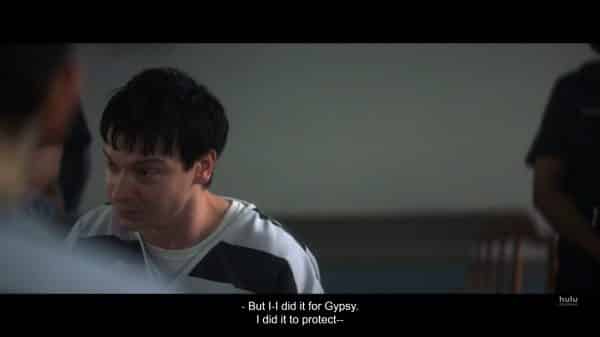 Which she does. Thanks to her dad getting her medical records she separates her case from Nick, who looks betrayed, and only ends up with 10 years while Nick gets life on parole.

But before that happens, we’re reminded of Gypsy’s journey to that point. That her and Dee Dee, at one time, did have a healthy relationship. Maybe, at one time, one which wasn’t abusive and could have taken a positive turn. Heck, the last night she was alive, it seemed, once more, Dee Dee could have changed.

Which is perhaps why there is some hesitation when Nick arrives to kill Dee Dee, and deep-seated regret when Nick has sex with her, in her prepubescent bedroom, after killing her mom. Not even good sex mind you, maybe a handful of thrusts and her left feeling, used maybe? Granted, she used him to kill her mom but this being the price to pay makes it seem she wants her time back.

Yet, she made her choice, and with Nick noting she has entered a new phase of her life, she knows there is no going back. However, while in prison, she does hope, despite it all, she could maybe maintain some of the friendships she had. She’d love to stay friends with Lacey, but she is very hesitant. Then with Mel, who visits her, she is hoping she’ll take up being a maternal figure, but Mel is struggling to wrap her head around the lies, the fraud, and being used.

Leaving Gypsy alone, betraying, or feeling abandoned, by all the people she knows, and only left with this man who is her father who she has an uneasy relationship with. If only because her mother isolated her from him, wiped nearly all of her memories, and made him into a stranger. 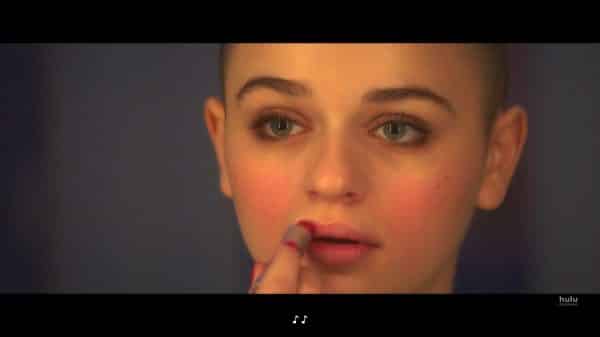 The one who leaves the biggest impression after this episode, and the whole season, is Joey King. She really pushes the thought that there really just aren’t enough shows which feature complicated young women. Especially ones which have a good production and marketing budget. For while I’m aware of her talent, and it isn’t like her career is just one light-hearted film after another, one could argue that past productions didn’t know how to utilize her. If not she was learning on the job in the past and she is now truly qualified to be an actor in terms of having more than a name but is ready to build a reputable track record.

I’m talking about something of the ilk of Meryl Streep. Someone who may have films like She-Devil and Death Becomes Her in her filmography, alongside characters like Cousin Topsy in Mary Poppins Returns, but you know, generally, their name means quality. Which, if King plays her cards right, The Act could be that launch pad of her getting to play and have fun, like in The Kissing Booth sequel, and then jump into roles like Gypsy like it’s nothing. With her being the exception, no matter how bad someone thinks a movie or show is, they think she still deserves major accolades and praise. The season finale of The Act, makes for a decent, slightly rushed in a way, ending to what surely will be a transformative production for Joey King’s career. For while she isn’t the sole member of the cast, while others met expectations, or were just barely seen, she took every moment as an opportunity and found a way to not only excel but push her scene partner as much as they challenged her.