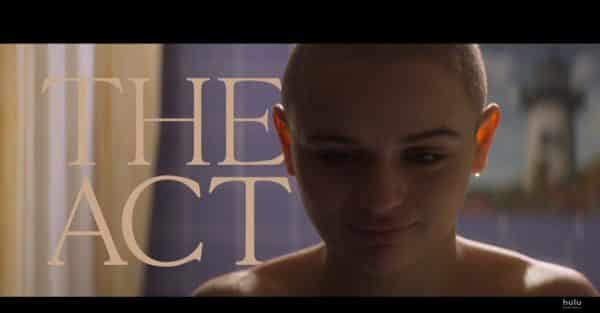 As Dee Dee continues to fail to contain Gypsy’s curiosity, Gypsy becomes acquainted with Nick. Someone who will change both Dee Dee and Gypsy’s life forever.

From Dee Dee developing type-2 diabetes to pushing Gypsy to realize how much she relies on the con Dee Dee crafted, slowly but surely she finds ways to keep Gypsy close. After all, what can she do without her? She can barely read and write, and while 18 she knows nothing of the world. Also, she has been so thoroughly isolated that while she has social skills, are they good enough to have a job? Does she even have the endurance, in a chair or not, to do so?

These are the questions which come to mind as Dee Dee succumbs to the effects of aging and the stress of Gypsy becoming more rebellious. Leaving Dee Dee to hold onto the last few strings she has to keep Gypsy from running off.

But, those aren’t enough so she originally wants guardianship, but that required doctors, the courts, and a lot of prying eyes. So, power of Attorney is brought up and sounds just right. The problem is, it requires Gypsy’s signature which means another round of guilt and testing if Gypsy truly has had enough. A risky endeavor but with Gypsy well trained, like any victim of long term abuse, as much as she recognizes her multiple opportunities for freedom, she finds herself unable to leave. Thus leading to her singing away her rights to appease her abuser and hope for the good times to return.

Inspired by Lacey, Gypsy tries out online dating since that is the only way she could find her prince charming. This leads to her witnessing some of its horrors, like unsolicited dick pics, but also Nick. A young man with dual personalities, one being a vampire named Victor, but when you aren’t used to a lot of people, especially people showing you attention, you make concessions. Leading to their relationship beginning as cute, maybe falling asleep talking to each other, to it becoming sexual.

Said connection is a secret, which includes a secret laptop that Dee Dee discovers. One that is immediately broken and leads to Dee Dee trying to tie Gypsy up. Not just for the laptop but how adamant she is on connecting with people outside of Dee Dee and her spitting in Dee Dee’s face. Leaving Dee Dee a wreck and using what increasingly becomes her last resort – guilting Gypsy into staying.

A method that still works but you can tell that hold is weakening. Making it so, one day, you know it’ll break.

How Deep The Sense Of Dependency, If Not Obligation, Goes

It’s weird to think about, but while acknowledging how abusive Dee Dee is, you have to also recognize her bit of genius as well. For most kids, there is always this sense of obligation, dependency, or love, depending on the relationship, with their parents. And through Dee Dee, you realize how easily you can find yourself changing which word to use from moment to moment, if not day to day.

When Dee Dee clearly can’t take care of herself due to diabetes, she is dependent on Gypsy, and she is forced to step up. Maybe even find love in the experience since now there is some sense they can be equals. Yet, that gets flipped into obligation and dependency, again, as Dee Dee reminds Gypsy she has lied like she has. That the money which keeps them fed and from being homeless, she contributed to every act that allowed them to take that money.

So as much as this is about building up to when Gypsy had enough and Dee Dee’s death, you have to appreciate how it illustrates the larger picture of what abusive relationships look like. Also, why Gypsy eventually felt her only escape from Dee Dee was her having to die.

Honestly, as much as I’m a fan of AnnaSophia Robb and glad to finally watch something of hers that I’m not viewing just because she is in it, I could do without Lacey and Mel. Their drama, being third party commentators, and Lacey’s own issues, just don’t add much. At best, they are outlets for Dee Dee and Gypsy, but they strangely feel like burdens when we get to know them.

How Deep The Sense Of Dependency, If Not Obligation, Goes - 85%