How one wields their power and influence is focused on as Tess reads Simone’s short story and Will fears what may come if he continues to be a manager.

Will, Layla, Howard, Sasha, Heather, Tess | Preparing For The Next Episode

With the possibility of Heather quitting to return to law school comes Tess being approached about becoming a server, and her recommending Sasha. An idea Howard isn’t against and even has the company’s legal team look into how he can get citizenship. Which leaves the question of, who would fill Sasha’s spot?

Well, good timing for Layla, the woman Will met in the last episode. However, with that maybe not being about finding Will cute, but exchanging sex for a better possibility of getting the job, that bums Will out a bit. Since, to be frank, his job is his life so having to deal with meeting cute girls and neither taking advantage of them or letting them take advantage of him, seems too difficult.

Yet, Howard reminds Will he had sex with Tess and then got her a job – begged even. So it isn’t like what he is struggling with is new and wouldn’t be something he’d have to face sooner or later. 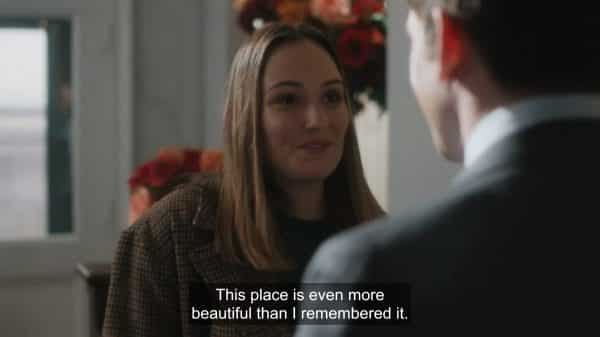 Sometimes I wonder if Will’s relationship with Howard mirrors how Howard once was with Maddie. Someone who aspired to work in entertainment, with Howard being into acting and I believe Will into directing, yet then the restaurant took over. It went from something to pay the bills, be social, to their life and completely changed them, arguably for the worse, in the process. All the while, they’re good at it, so there is this fear of leaving what they know and possibly failing. Which, as you get older, is scarier and scarier since you can’t bounce back as easily. Thus leaving you trapped and, as we see with Howard, having to make stirs when you can to make yourself still feel alive and like you haven’t given your soul to something which doesn’t fulfill you.

That aside, I wonder if Layla really did sleep with Will just for the sake of a job? Is that a normal thing in the industry, at least at that time? Also, considering Howard knew about Tess and Will hooking up, how would he handle the Layla situation? Especially Will putting her at the top of the pile?

Simone, Tess, Jake | The Mermaid, The Boy, And Tess

Things are going really well with Jake, so of course, Tess gets comfortable and curious. She starts asking about his mom, his things for mermaids, and then about Simone’s short story which happens to be about a boy and a mermaid. Jake says he doesn’t remember, so Tess decides to find the story and read it. This leads to her first confronting her take about it with him, and asking him if he and Simone had sex. For it seemed the mermaid was more than a maternal or sister figure. He doesn’t say yes or no, so she pauses for a moment. 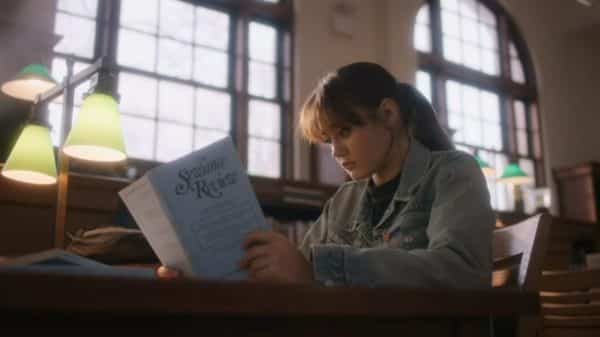 So Rosalyn is just not going to be addressed at all, huh? It wasn’t more than, let’s say a month, since she was up in Jake’s bed and was someone he was messing around with. Leading to the question of why Simone being a former thing is an issue? Not to downplay how close Simone and Jake seem, but considering how Jake is a known ho in the restaurant, shouldn’t that cause insecurities more than Simone?

Tess can’t let go this mermaid story, so she goes to Simone who is wildly offended by Tess’ take. Especially when she goes so far as to say Simone is trying to keep Jake on the hook for whatever reason. Thus leading to Simone airing out Tess and saying Jake will get tired of her in a week and also she is disappointed in her. Not just because she saw something in her but thought of her as a friend.

Mind you, this conversation is between the two of them, in the basement, where no one can hear. So it isn’t like Tess is being messy. But, with Tess seeing this side to Simone, and Jake breaking up his deal with Scott, after Simone takes what Tess says to heart and lets Jake be free, Jake gets distant. Thus Tess finds herself prepping for the worst and hopes for the best.

How? Well, since Howard supports her idea of promoting Sasha, she pushes her luck. She goes to Howard’s home, gets a drink, and speaks about Howard’s recent changes. Tess makes them seem minor, almost cosmetic, and the change he really needs is to fire Simone – and then the show ends. 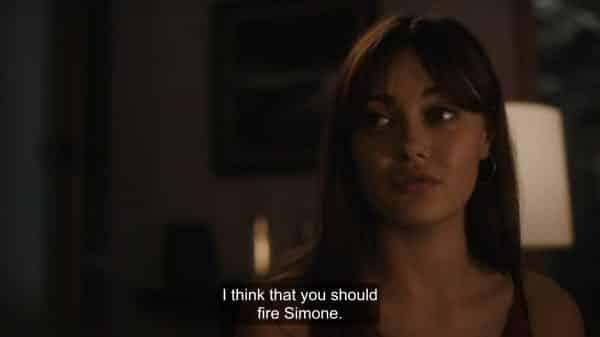 Tess can’t be serious right? Note: Simone and Howard have butted heads throughout the season, and Simone is getting messy. However, Tess just showed up. So the audacity to not only show up at boss’ house, which is already a red flag, but to drink with him and ask something like that? She must be out of her mind. Never mind she asked about Becky like that was appropriate. As if that wasn’t something she didn’t know was a touchy subject.

So, if this show gets a 3rd season, the follow up to Tess’ idea is going to be something to see. Since her planting that seed was a declaration of war and shows she is in her feelings and is ready to lash out like she has never done before. Maybe even see if she can take advantage of Howard and maybe inherit Simone’s position. A thought which did pop up previously, but seems likely more now than ever.

Getting A Full Understanding of Jake and Simone’s Relationship, As Well As Seeing Simone Affected By Someone’s Take On It - 87%

Sasha Getting Help With His Citizenship Issue - 80%

Jake, Just As He Seems To Be Growing As A Character, Reverting To The Person We’re Used To - 75%

The Possibility Of Heather Leaving Despite Knowing So Little About Her. If Not Feeling Like We Know So Little - 74%

The 2nd season finale of Sweetbitter focuses less on the bitter than the sweet side of characters as Tess hits a nerve with Simone and both show how bitter they can be.