Disappointments come all around and Bridgette finds herself being everyone’s go-to person.

My Mother, My Weakness: Rafi

We get to meet Rafi’s mom Angie this episode. Though, perhaps “meet” is too strong of a word. More so, we get a glimpse of her. Thus making it so we, sadly, don’t get a perception of her beyond Bridgette comments in episode 4. However, we do learn that she did raise Rafi by herself and also she doesn’t necessarily pick the best men to be with. Alongside that, we learn she has a whole bunch of dogs. One of which has to take some kind of pain medication that Rafi shares with them. Thus causing another relapse.

Leading him to seek Father Eddie for support, but in his moment of weakness what he is met with is a kiss. One which doesn’t necessarily come out of nowhere, for Father Eddie was eyeing Rafi in a peculiar way before. However, Rafi doesn’t really react to the kiss one way or another. He just leaves, a bit perplexed, pops another pill and goes to snuggle with Bridgette. Remember Edmond? The man who Tutu talks about like he was the love of her life? The one who got left for Bridgette’s dad and she has regretted that decision ever since? Well, she found him on Yelp and he is a dentist now. Also, he has a family. I’m talking 25 years married (note: he and Tutu haven’t seen each other in roughly 30 years), kids, grandkids, but still has a soft spot for Tutu. Hence why both cheat on their respective current partners.

However, the honeymoon ends when Tutu realizes Edmond got his half heart tattoo erased and so there goes her fantasy. Well, at least she got to know the plumbing down there still works.

The WNBA tryouts finally come around and… Bridgette doesn’t get in. Between her height and just being out of practice, she can’t handle these tall girls and their aggression. Thus sending her into a bit of a tailspin. At this point of her life, she doesn’t want her purpose being Larry’s mom, Ally’s on call best friend/employee, and that summarizes her years to come. That would be depressing.

Something she says to Tutu and, naturally, while Tutu gets what Bridgette means, what she says is the problem. If only because she thinks Tutu’s life is nauseating and Tutu takes offense to that. But, as always, though they have little spats often, they quickly recover and end up watching Scandal together with Ally. Someone who, with having massive amounts of plastic surgery done, is rather immobile.

The History of Women’s Basketball

The WNBA, and women’s sports in general, outside of tennis I would say, doesn’t get talked about a lot. So even if it was just a small bit of the episode, learning how women’s basketball began was interesting. It wasn’t made so interesting you may feel compelled to deep dive into the subject, but for those with a curiosity, it gives you a good starting point.

We All Struggle With Disappointment, In Our Own Way 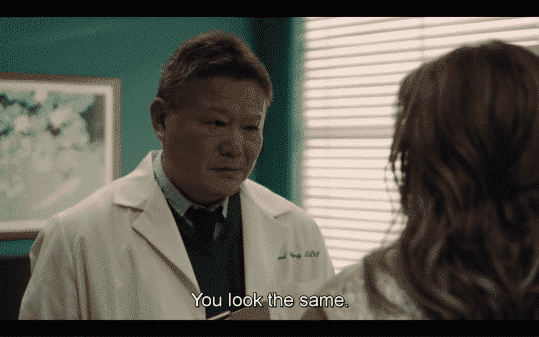 It was very interesting to watch Tutu and Bridgette reach the point where their dreams could be realized, and then snatched away from them. Especially what happened thereafter. Tutu, perhaps because of age, among other things, she was fine with just getting closure. Her and Edmond maybe no more, but she got to see him, found out her pipes can still leak, so outside of that tattoo she still has, the day was a win.

With Bridgette though? Oh my god, the devastation. Which you can see isn’t just because she didn’t make it for the tryouts, but also the fact she has to realize she isn’t young anymore. Her youth is gone, the one talent she thought she had left with it, and despite her age, she has to rediscover herself.

I mean, basketball was the one thing she really identified with. For some reason, it isn’t her intelligence which got kids into Harvard, but basketball. So with her unable to reach the heights she wants, she is back to being in the same position of an 18-year-old, just more weary of life. Because, let’s be real, as much as Ally is cool, that job is hell and while Bridgette can book acting jobs, she isn’t getting the kind of jobs which push the idea she could have a career.

And overall, just imagine being a woman, with a child, who has no real personal accomplishment besides a high school diploma and you being able to say you can have kids.

While it has been made clear that Bridgette has Eliza as a friend, it became clear, in a way, why she and Tutu, despite constant spats, to the point Bridgette has to walk on eggshells, they reconcile so quickly. It’s because, even with Eliza, Joe, and so many others in their lives, they perhaps only really have each other. No matter what Tutu does or say, she can’t really go on without Bridgette having moments where she validates her existence. Since, as shown, Joe maybe good for companionship, but he ain’t really good for much else.

Then for Bridgette, as mean as her mom can be, I think there are times she wants to hear what Eliza doesn’t have the heart to say. For sometimes that is what she needs to be a kick in the butt, some sort of fire to get serious in proving Tutu wrong. Yet, at the same time, Tutu also acts as a means to know it is fine to give up for you’re chasing a lost cause. And while it is painful to hear and admit, you can see Tutu’s abrasiveness isn’t all about hurting Bridgette’s feelings. It’s just she isn’t about blowing smoke up her behind. 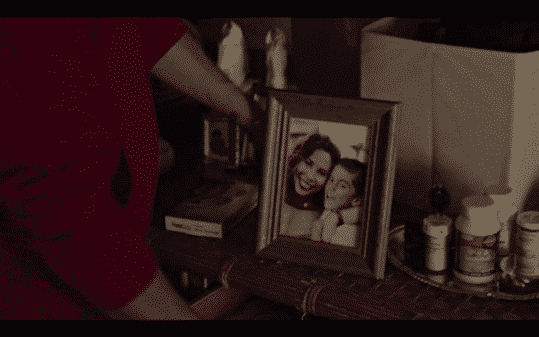 Sometimes it is hard to know how to look at Rafi, outside of his relationship with Bridgette. For while you have to admire that he is generally a good dude, it is like there is a lot of stumbling involved with addressing who he is besides that. Like, it is all well and good we see him treat the women in his life right, and be an OK father toward Larry. Yet, at the same time, the way the character is handled almost makes it seem there is a fear of having him invested in too much by the audience. As if his storyline could overshadow Bridgette or they weren’t sure they could keep the actor past 1 season.

Which I say because it seems like so much is held back from us. Now, granted, he isn’t the star of the show so why give him a spotlight? Yet, like with us meeting his mom, I figured that would have been the moment to see where Rafi’s addiction comes from, how and why he is the kind of man he is, but we really didn’t get much of value. And while I understand why he went to Bridgette’s bed, after Father Eddie showed he couldn’t be trusted with Rafi at his most vulnerable, it’s like no matter what he does it has to circle around back to Bridgette.

That is, despite him seeming to have a rather healthy relationship with Nelson. Though, I guess, with him trying to show Nelson he isn’t who he used to be, and Bridgette being used to the guy he was, that explains why he went to her rather than tried to cover up his latest relapse. But, either way, I hope Rafi gets to be more than Bridgette’s emotionally dependent ex.