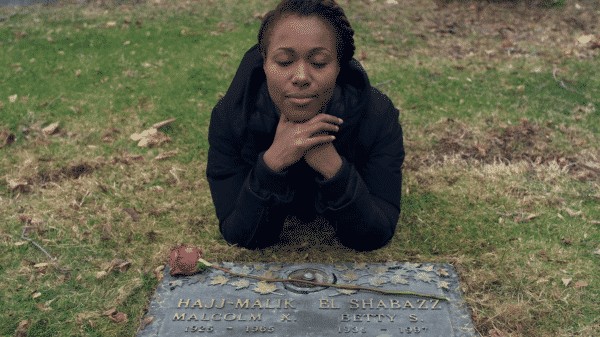 Gentrification takes center stage as Bianca just can’t deal with feeling like a trespasser despite the amount of money she is paying.

Previous Recap: Episode 8 “#LoveDontPayDaRent (If You Don’t Know Me By Now)”

The new neighbors and old heads are beginning to clash. The new neighbors don’t like how unwelcome they feel and the culture they moved into. Yet, the old heads don’t appreciate such things as the rising prices the new folk bring and their desire to not even adapt to the culture they moved into. But perhaps the biggest problem is priorities. Bianca, who for some reason has been made the head of the Fort Greene Preservation Society, wants to talk about vandalism because a “G for Gentrification” has been popping up. And, of all people, she thinks Papo did it! Despite the man barely having enough money for food!

This leads to people defending Papo, especially as Bianca calls him a nut case. This leads to it being noted he is an Afghan vet, that he is harmless, but Bianca doesn’t back down. Especially once the term “Black Lives Matter” pops up and she almost slips and says “White Lives Matter” but tries to clean it up with “All Lives Matter.“

And really, the meeting just gets unproductive to the point where Septima has to step in. She calls for a potluck so old and new can get to know one another and it really makes you wonder why the hell wasn’t she at the podium? Since Bianca clearly only has the gentrified newbies in mind.

Giving My All With Nothing Left For Me: Dr. Jamison, Nola, Clo, Mars

Therapy is doing wonders for Nola. Yeah, whenever Dr. Jamison brings up certain things, like Nola’s “lovers” she gets a little defensive, but for the most part, she is very receptive. In fact, she realizes why her art has kind of been in a funk due to Dr. Jamison. Nola sees her four lovers at least, or at most, twice a week. All of which have different desires and demands of Nola and it is getting to be beyond sex. They want emotional commitment and physical as well and while she may duck and dodge that, except with Opal to a point, it’s wearing on her. To the point it is taking away from what she has to give to whatever medium she chooses.

But you know what is worse than when you give too much? When someone takes from you. After Mars reveals Nola’s street art to Clo, this happened in the last episode, Clo decides to blow that up. She exposes Nola as the artist and you know how Nola finds out about it? Reggie. A kid at her job tells her. Not Clo, she doesn’t seek permission or none of that. In her mind, since she knows more, she just takes the lead.

Which, with the whole street art series being about reclaiming her autonomy, it seems perplexing to Nola that Clo doesn’t see what she did wrong. Much less she makes it sound like a tit for tat thing for Nola messing with Mars. Someone who, by the way, she throws under the bus in terms of how she found out about the pieces.

Leading to him getting his papers, or at least Nola putting him in time out like Jamie.

After the Preservation Society meeting, and even before that, it is clear that Bianca wants to figure out a way to get Papo off her porch and maybe even out of the neighborhood. So, with all these Green Gs painted about, and her not feeling validated in the meeting, with a new one seen she calls the cops. Which, as you can imagine, as soon as they show up it causes a scene. Mars, who was coming to Nola’s to apologize, sees it go down and starts flipping out. Especially as Nola steps in and tries to prevent Papo maybe getting shot because he is acting strangely. I’m talking about maybe triggered to the point of doing something stupid, a flashback from Afghanistan, kind of crazy. Thus leading to them both being arrested.

But then guess who Nola makes her one phone call to? Opal. She says it is so none of her boys can play the knight in shining armor to her damsel in distress, but let’s be real – with Opal having yet to mess up, and seeming like the best bet, it was a test. For while Opal did show up to the gallery and seemingly is warming up to Nola again, they aren’t where they once were. Which may be the only reason we still see Greer and Mars.

Though, you have to take note: You don’t hear Nola accidentally saying Opal’s name when having sex. So maybe Opal isn’t held in as high esteem as the others. At least when it comes to Nola’s loving bed.

The Issue of Gentrification

Each country, each region, each city, even each block, has its own history and culture. One in which it is assumed that when you move there, you are going to adapt to it, not the other way around. Doing so would be like the imperialism we saw of the British across the world from Africa to India and China. A foreign entity who seemingly has no respect for local customs trying to impose their own because they feel it is superior. That is the gist of gentrification and the way Bianca acts, while low-key seeming more like a parody than an actual human being, I’m sure isn’t too far off. Hence that “White Lives Matter” slip up.

In that moment, and in her disregard for issues that existed before she bought into the neighborhood, we see her priorities. Also her agenda.

What To Do With The Homeless?

While Papo may use the term “In Transition,” the man is homeless. And though it is barely touched on, it remains an important issue. Papo is a veteran, with mental issues, perhaps from the war, and is homeless without seemingly any means to fix that. And despite us often having characters from all walks of life on TV and the internet, you don’t really see those like Papo. At least in mainstream shows and not as some form of comic relief. So him being a fairly consistent presence is quite important. Especially in terms of the gentrification topic.

A Homage To The Dead

Seeing all the people, I assume, were buried in that one cemetery was something. For even if every name didn’t click, the association they were given spoke of their influence and power. Hopefully leading to some being looked up for if there is one thing most Spike Lee joints do, is not just reflect the times but also look to the ancestors for guidance how to get through them.