With Dorothy unhinged and Leanne within her grasp, how far will she go to get answers, and will Sean allow it?

Leanne is trapped in the attic, and at 2 AM on the dot, Dorothy finds herself waking up and trying to torture Leanne into telling her where Jericho is. As you can imagine, Sean isn’t for the torture because he feels this is taking it too far. However, Dorothy can’t sleep and is going mad not knowing where Jericho is.

Which pushes Leanne to plead with Sean, when he sneaks up to check on her, to just tell Dorothy the truth, but he refuses. He seems more willing to enable the behavior he claims he doesn’t support than reveal to his wife she accidentally killed their son.

Now, how would he explain the baby in their house is a whole other thing. But, it becomes clear, as Leanne tries to escape and is punished for doing so by being buried alive, with a hose to breathe, if Sean doesn’t do something, Leanne will be murdered. 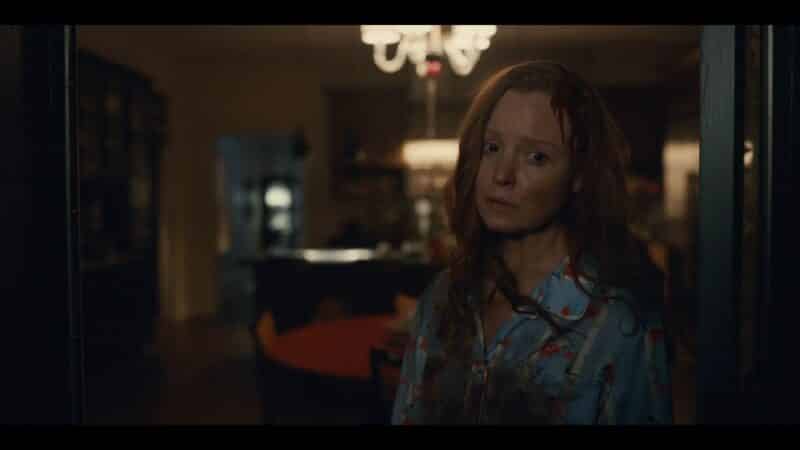 Here is my thing, Dorothy left the house, went to work, didn’t seem to check-in, despite Leanne being in the attic, fully able to break windows, scream, and so much more. Either she has lost her mind or is a level of thug that we didn’t recognize till now. Granted, she is a mother on a mission, so neither Sean nor Leanne will stop her from completing her task. But, burying her alive, with a hose to breathe? Did she get that from a news report? I ask because that was next level crazy, and honestly, I’m starting to get worried just as much for Sean as I am for Leanne.

With Dorothy having a mental break beyond what we've expected, so comes the need to wonder, how far can she escalate this situation before something bad happens that can't be reversed?