A Discovery of Witches: Season 1 – Recap/ Review (with Spoilers) A Discovery of Witches seems to recognize there is a market for those who love witch, demon, and vampire fantasy, but have grown past 20-year-olds being the stars.

For most of her life, Diana hasn’t tapped much into her powers. She, in fact, refused to even be trained when she was growing up with her aunts Sarah and Emily. Yet, with her discovering a book, ASHM 782, which is said to have the origins of magical beings within it, she becomes a renowned target. Especially since vampires are having issues siring new members, witches are seeing their magic weaken by the generation and demons? Well, their issues are downplayed so much I can’t recall.

But, issues come about when Diana decides to not take a side in which sect gets the book and when she falls for the vampire Matthew. Something the congregation, a council formed by Matthew’s father, forbid. If only because it would mean tipping the balance of power. However, like her parents, it seems Diana wants to be rebellious and thus she and Matthew find themselves called to the congregation.

Problem is with that, Diana is perhaps one of the most powerful witches for generations and add in Matthew’s brother, Baldwin, is on the council, and it makes things difficult. That is even with Peter Knox, the head of the witches, using his liege, Satu, to do what he cannot. But, with time, as it becomes clear there is too much infighting for the congregation to get anything done, some take it into their own hands to maintain the balance. Luckily, Diana came up with a way to protect her and Matthew from said plans.

It’s More Mature Than The Majority Of Its Peers

The “monster” genre featuring witches, demons, vampires and more has long been dominated by those 25 and under. In A Discovery of Witches, teens and young adults don’t get much in the way of focus. Assuming the show takes place in 2018, Diana may very well be one of the youngest at 33. An age which has her having tenure places and then for her peers, everyone is established in such a way that feels refreshing. No one is worried about school because of some teacher they may not like or high school drama. We get to bypass all that.

Instead, we get a sense of maturity. Something that, I’ll admit, some may find boring for even when things get dramatic on this show, it’s not that over the top. A lot of the show feels strangely rooted since most of its younger peers rarely take that path. For while there is magic, vampires showing off their hunting abilities, and so on, it is done with purpose rather than for anyone to show off.

Plus, taking note of the central conflict, it’s not something silly. The issue at hand is everyone’s sect is growing weaker and they don’t know why. Also, despite there being peace, it is an uneasy one and that balance is now under threat. So a book of creation existing makes for a much more interesting goal for everyone to get than love triangles, some big-time villain who wants to destroy the world or anything like that.

Vampires and Werewolves have long been front and center when it comes to mystical beings being seen and heard. With that, we’ve learned a ton of rules about both, especially vampires, from having to be invited in, what happens when they are in the sun, how they sire, and so much more. Yet, when it comes to witches, outside of the recently premiered Charmed and Chilling Adventures of Sabrina, there aren’t a lot of shows dedicated to witches. Especially in terms of their rules and culture.

Now, I won’t say A Discovery of Witches goes as deep as Chilling Adventures of Sabrina, but it does present enough to get you intrigued. Especially with the idea of witches making demons and vampires – possibly by accident. Thus making it where you are reminded witches can be interesting too and certainly deserve more than a handful of shows featuring their people. 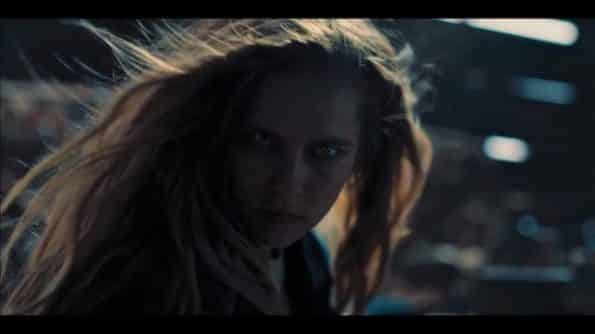 While seeing her powers activate isn’t something awe-inspiring, the way it correlates with her evolving as a person makes them a nice accentuator. Especially as her feelings for Matthew grows. For there comes a point you’ll really want to see her just let it rip and go all out. Definitely, after Satu makes it clear she is willing to torture the poor girl.

Demons Are Rather Underdeveloped In Season 1

In season 1, with Matthew being a vampire, and Diana a witch, we see a lot of them. However, when it comes to demons? We only really get to meet three: Hamish, a demon who has a high place in government; Agatha, who is the representative for demons on the congregation; and then Nathaniel, her son. That’s it – just three. Everyone else has so many that it is ridiculous. Many of whom have interesting backstories or do interesting things in the season. The only thing the demons offer is Sophie who has a connection to Matthew’s past.

Outside of that, we see Nathaniel try to help demons gather – despite congregation rules. But certainly, nothing on the level of the inner battles between vampires who outdo everyone with their dysfunction.

Taking note Diana and the existence of ASHM 782 is part of the reason everyone is a bit high strung, you really are left to wonder how did this group form and stay together. That is, not who formed it, we understand that, but what series of events led each group to be willing to form the congregation? Never mind how each group picked their rep, decided on rules, and you honestly have to wonder what even led demons to get a seat since no one takes note of them. At least until it is time to vote on anything.

But perhaps the biggest issue with the congregation is you realize it is like the UN. There is more so power implied than power had. However, if one member doesn’t contribute said power, it makes the congregation not something to really fear. Add in how they were unable to use their influence to bring Diana and Matthew to court and it makes you roll your eyes at their posturing.

Unfortunately, the way Diana is with Matthew will remind you of many a girl in a problematic YA novel. Matthew becomes her everything and she romanticizes him to the point of thinking her parents’ death was part of fate pushing her towards him. Yes, it gets that ridiculous. Yet, there are just enough cute moments between her and Matthew to make up for the moments you just wanna roll your eyes for Diana is doing too much. 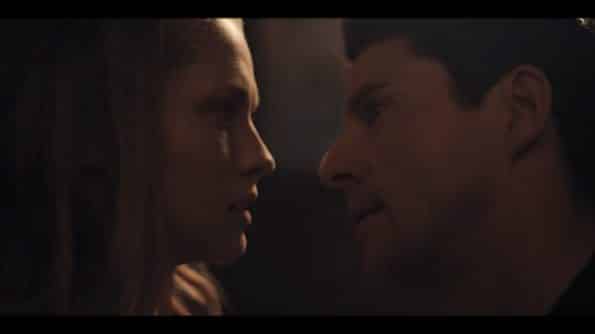 A Discovery of Witches continues to show that sometimes you don’t need a huge amount of episodes to tell a good story. You just need to cut the fat and say what needs to be said, show what needs to be shown. The rest can be left to the book – it’s there if you need every detail. But what makes A Discovery of Witches labeled positive is it feels like the rare show which recognizes an audience eventually grows up. There eventually comes a point where people don’t want to just see a bunch of teenagers, or college-aged kids, discover their powers, fight some big evil, and all of that. There has to be alternatives.

Which isn’t to say with Diana’s romance with Matthew it doesn’t hold some tropes, and that is the only issue. The whole demon sect feels grossly neglected. However, that’s the issue of a short season. Things are to the point that, for stuff which doesn’t necessarily need to be dived into, just touched upon, it seems glossed over.

Yet, considering Diana’s decision at the end of season 1, who knows if any of these problems may exist in season 2. Though, one could also say they might be replaced with new ones. Either way, the show presents enough good things to lead you to not only forgive the bad but become quite excited for the show’s future.