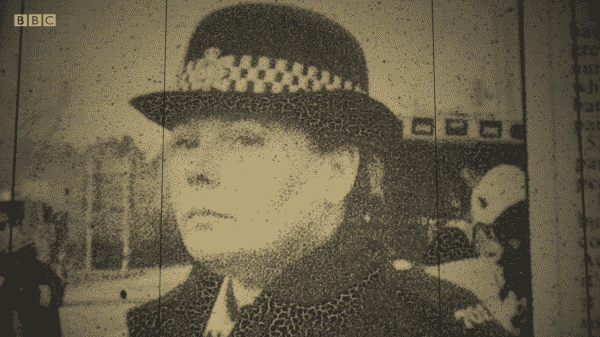 A major reveal about Sylvia and Janice points us towards answers, but there are still a few lurking issues we need to be solved.

The Closer I Get To You: Trudy, Hal, Harry, Stephen

It seems we have come to a point where Trudy and Hal are quite smitten with one another. To the point Trudy seems pretty over Eddie and wouldn’t mind Hal being a consistent bit in her life. However, this is only until Hal opens her eyes to the idea that Trudy’s father Harry, alongside Rose, were possibly having an affair. With this idea planted in her head, she tells Hal to bugger off to Manchester, where he is investigating Matilda’s parentage, as she confronts her dad. Someone who doesn’t have a wealth of answers about what happened more than 20 years ago but Trudy seems to know the truth, even if she doesn’t know the full details. 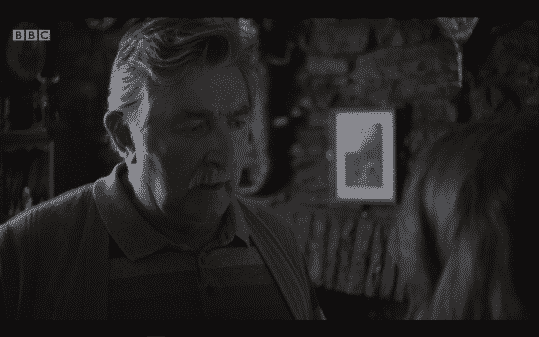 After all, her dad barely reacted to her mother crying and there remains the question of who did her mom call that had her weeping? But you know what hurts the most for her? Thinking that after her mother fighting hard to stay alive, she, Trudy that is, losing Carys ended up what was the final blow. Yet, in truth, it was likely her dad all this time.

And speaking of the truth, while Kath gets a hold of Hal and he sees the birth certificate, thinking it is real, he learns it is and it isn’t. The names are all real, but the father, mother, and daughter, they all died in a car accident. In fact, it is theorized that Mary McEwan, Janice’s real name, she may have assumed their identities, with Carys taking Matilda’s, and that is how we got into the situation we’re in. And considering Stephen says that Mary transferred to the town the same year Carys went missing, and was gone not too long after Carys disappeared, it all makes sense.

After Hal is brushed off about the birth certificate, and utterly insulted by the idea he is just riding Matilda’s coat tails, to which he responds that Matilda is the reason Rose is in the hospital, she continues trying to get as much as she can out of Laura. However, it seems Bessie can only give but so much. Such as someone else being locked up in that room with Carys and the term “Pwll Halen.” Of which leads Trudy, Nick, and Matilda on a road trip to meet Stan. Someone who claims to have found children’s bones with a bracelet on them. Though, according to cops, it was just a sheep.

This leads to Matilda confronting Stephen who brushes the whole thing off, and that isn’t the only lie Matilda addresses. After that weird dream, she has a one on one with Nick about believing Sylvia drugged her. Of which he denies but considering what we later learn, who knows if that’s the truth. Especially considering, before Ewan died it seems, she spotted Matilda on television and seemingly knew who she was. So, needless to say, while I’m sure she wouldn’t mind getting her hands on Ewan’s things, she can’t have Nick abandoning his home and thus forcing Sylvia to lose her darling Matilda. Who may very well just be Carys. If not another child they kidnapped or used. 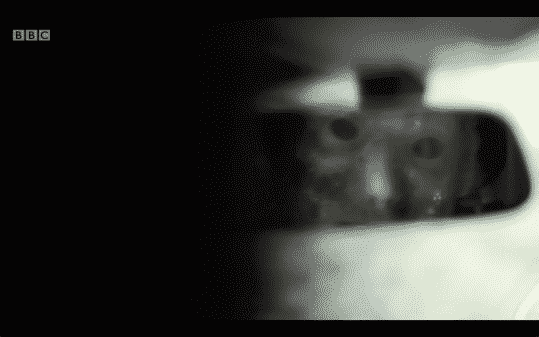 Today is the day that everyone has been waiting for. When it comes to Aron and Eddie, it seemingly is the day they were to move half a million pounds of marijuana, and then there are Sylvia’s plans. With dear little David, who went from Stephen’s custody to Dr. Verity’s and her husband, alongside Sylvia’s watchful eye. Who, with cookies and a bracelet, make it clear what Stan found more than likely was a kid. And it seems David will be their next victim.

But, while those three adults plan to use Davie to hear the angels, Hal gets to hear and see one up close. In fact, they cause him to be in a car accident which may have given him the opportunity to possibly become an angel. Though with no body found after his accident, so comes the question of whether, despite his car flipping like it did, he was able to walk away, or maybe the angels, if not a person, took him away?

So, Let’s Put It All Together

In 1993, Mary McEwan transferred into Penllynith after having some issues at her old location. During this time, Rose was working at the Ewan household. Also during this time, Ewan allegedly was into occult practices which dealt with trying to communicate with angels. The problem is, these angels, when taken from heaven got trapped on Earth with no bodies, no means of getting back to heaven, and they seemingly slowly descend into demon-like beings. However, they seem to take to the innocent and children quite well. Of which, Carys was one of them alongside a boy. Not Ewan’s son, since unlike his ancestor he didn’t have kids. It was a child adopted by the Satlows, one with drug addicted parents so no one would be looking for him ever again. Especially since the mom came into money and took off. And then it gets murky. Assuming Matilda is Carys, you have to ask how did she end up in Mary’s care? Did Mary kidnap her from Ewan’s home or was it while Trudy was supposed to be watching her? Following that, even if it was the 90s and computers weren’t mainstream enough to make being a fraud so difficult, how did Mary assume the role of Janice and have Carys assume the role of Matilda? Much less, be able to use a dead person’s information to get away with it? Not to forget, how in the world can Stephen say that Mary disappeared around the same time Carys did and she not end up a suspect to look for?  Alongside this, you have to wonder if Rose and Harry were having an affair or not, and who did Trudy’s mom call and what made her break down into tears?

Fast forward to the present, for some reason the angels find Mary, still masquerading as Janice, and drive her to the point of suicide. Was this just to push Matilda into rediscovering her roots? And if so, why? There is talk of trying to control the angels, not just speak to them, so could that ultimately be Sylvia’s goal? For, arguably, she is now the mastermind behind it all and it would explain why she is so interested in what’s in Ewan’s home.

After all, what’s the point of being an antiques dealer in a small and forgettable town? What she wants is the power of the items Ewan likely has and the secrets in there. Leading to a few other kinks that have to be worked out. Was Laura one of the children taken and is that why she can hear the angel “Bessie?” Could it be when it comes to the Scryers there are different sects? Some who simply wish to see or hear angels while others wish to harness their powers?

Much less, what makes the Blaidd Carreg such a good place for them to hide out in? On top of that, should these angels, new or otherwise to Earth, be considered evil or misunderstood?