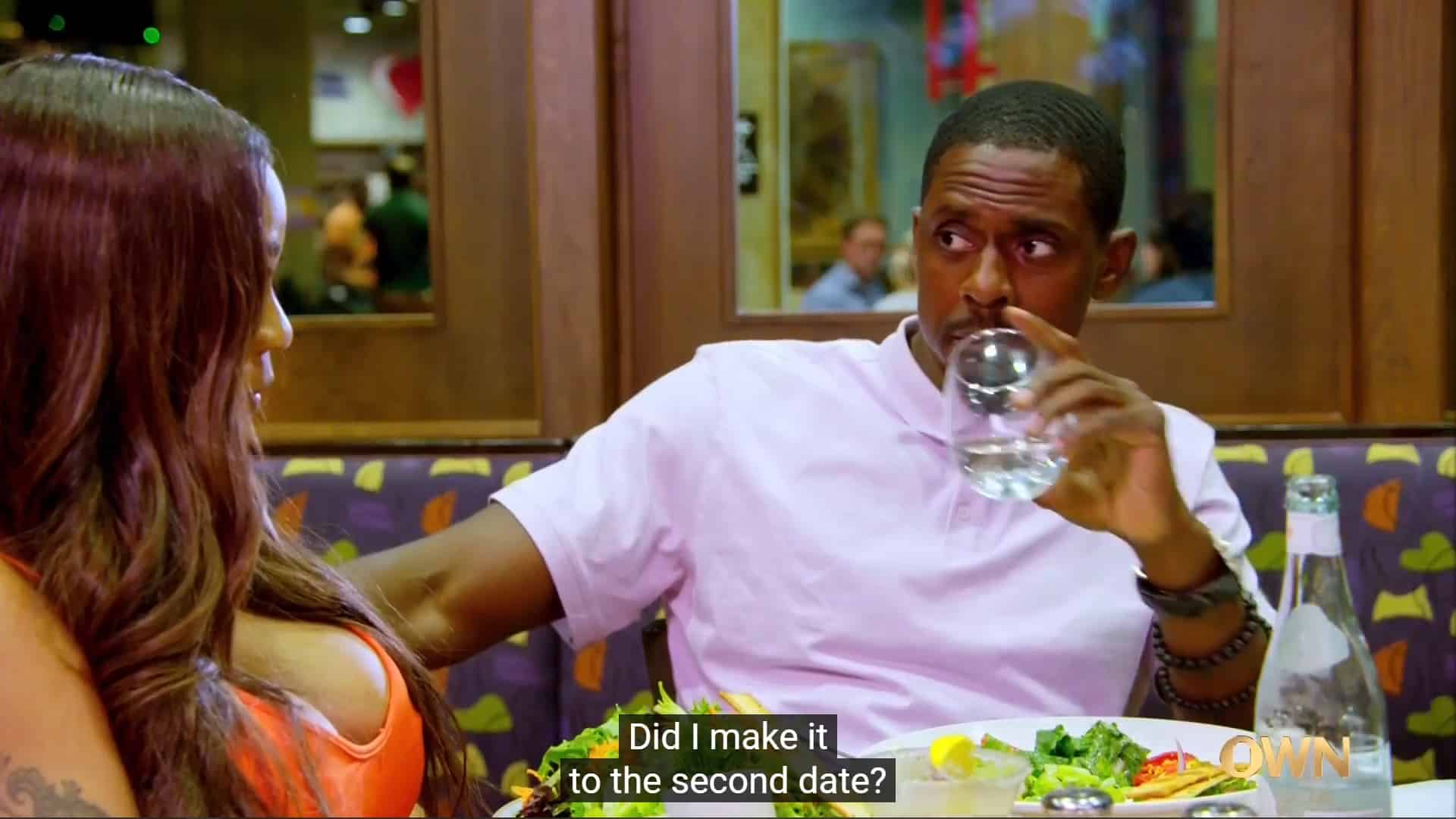 Alright, the mixer is over and it is time to weed out those who may have the look but can’t give that good conversation, make a connection, or has limited potential.

When it comes to Corey, you’ve seen how he striked out with his copy/paste method to dating. However, with Mumen reaching out, Corey ends up getting a second chance. One he makes the most of, and while he is definitely corny, he makes her laugh, which seems to trump the awkwardness he easily creates.

Another one of the men who get a second chance is Tyrone. Now, shy men tend to not do well on Ready To Love, and if you are socially awkward too? It’s a done deal. However, during Tyrone’s date with Zadia, they connect as he talks about his PTSD, anxiety issues, and the routines he has learned through therapy to manage his diagnosis, which for Zadia, who is a personal trainer, is all she needs to hear. For in that vulnerability, they get to be open, and while she noted banter was one of her favorite things, she does enjoy just talking.

Which leaves Corrington. For many, he is a bit too calculated for their taste. However, with Aisha, there begins to be some cracks in his armor. But the more he talks, the more it seems like he knows how to maneuver in a conversation than simply have one and enjoy a person’s company. Thus leaving Aisha okay with how things went but not necessarily left with stars in her eyes.

I’m Not Territorial, But I Do Got My Eyes On Somebody – Kamil, Cornelius, Courtney, Shiloh, Nai’im

Kamil is honed in on Cornelius, and there might not be anyone else she likes, and you know what happens when someone catches feelings early, especially with someone who has options. But what makes this worse is that she is willing to schedule double dates and scenarios to test Cornelius’ loyalty. Which for her isn’t going well since Courtney is into him too, and with her love language being touch, she felt up on that man’s thigh in public, and he surely didn’t stop her.

As for Shiloh and Nai’im? Well, let’s be clear, physical touch is a lot of people’s love language, and it’s not just a statement for some but a request. So when he touched her after she mentioned that, he got points for being responsive.

Between Corrington never letting his guard down and seeming too calculated to Corey being awkwardly aggressive to get a date, both gentlemen find themselves in the bottom two. However, while Corey can be aggressive in pursuit of a date, at least he is himself, and people get a sense of who he is. Granted, some don’t like him, but they don’t feel a representative is being presented like they do with Corrington. Add in Corrington can be quite defensive and stray from being held accountable, and that is why he is given the boot.

Here Is To Second Chances

I was ready to write off Tyrone and Corey because, frankly, they are the type to be eliminated early in this show. Usually, the ones who make it to the end are aggressive, suave, play the field, and don’t trip too often. Tyrone is quiet, nerdy, socially awkward, and while he has a handle on his mental health, there is a big difference between advocating for someone else and wanting to be with someone who is going through it.

Now, granted, he has only told Zadia thus far, but she may speak to others since a lot is fair game, and this may not go down well for the rest of the ladies. Is that what we want? No. But every time you think the show is getting better regarding casting and scenarios, then it reminds you it is still a reality television show, and reality is harsh.

As for Corey? Like Tyrone, Corey is awkward. The difference is, he isn’t shy but overly aggressive. Like he said, you take one step, he takes three, and based on how he was with Tisia during the elimination date and Mumen, all he needs is permission, and he will start acting up. Though props for him being a man about consent. Hopefully, he is consistent about that and not just when the cameras are on.

There is likely a reason many of the women mentioned that men in DC had communication issues, and I think we saw that a little bit this episode. Yes, they answered questions, but while you may get some energy from Walter, Nai’im may touch Shiloh, and we saw Tyrone open up, there is something about these dudes which still makes it hard to tell them apart.

I mean, I still have issues telling Paul, Nai’im, and Donta apart which is a round 1/3 of the guys left. But, it is still early, and to be frank, a part of me is looking at them like characters more than cast since I know the editors and producers are crafting a story. So I’m just wondering when is their story going to start rolling? Or will they, like in Ready To Love: Last Resort, piece together scenes from different weeks to get the story they want?

Ready To Love: Season 5/ Episode 3 “All Roads Lead To Love” – Recap/ Review (with Spoilers)
Trajectory: Plateau
While we are definitely seeing more than one couple emerge, that are potentially end game, and those who usually get eliminated first aren't, you can see old issues the show has dealt with bubbling up. But, at this point, it does seem there is only so much the producers and casting people can do. At the end of the day, these people make decisions, and they did it on camera, so, for better or worse, they may not like how they were portrayed, but you will see a piece of who they are.
Highlights
Here Is To Second Chances
Disputable
The Men Still Feel A Little Generic
77
Follow Wherever I Look on Twitter and Instagram, Like us on Facebook, and Subscribe to the YouTube Channel.