Between eliminations and people feeling the need to remove themselves from the process, get ready to say goodbye to multiple cast members.

As of right now, Walter and Sabrina could make it to the end, but whether or not they go the distance beyond the show is questionable. Sabrina being a dancer for 10 years still bugs him, and while she explains it was due to what she was going through at 18, after being bullied and stuff going on at home, you can tell he is still feeling a bit off about it. And Sabrina acknowledges it. After all, Walter is good in person but sucks when communicating in any other method. Plus, as much as she wants this, she recognizes he may not at the same level.

Regarding Donta, he and Aisha are in a good place, and it seems that the trip has shifted things to now they are a set couple. And speaking of the trip, it seems with Mumen feeling Walter dissed her in favor of Sabrina, she is all in on Frank, who enjoys her and creates special moments with her but, while he is her undisputed pick, Frank has options.

It’s A Gift & Curse To Have Options – Phil, Shiloh, Sidney 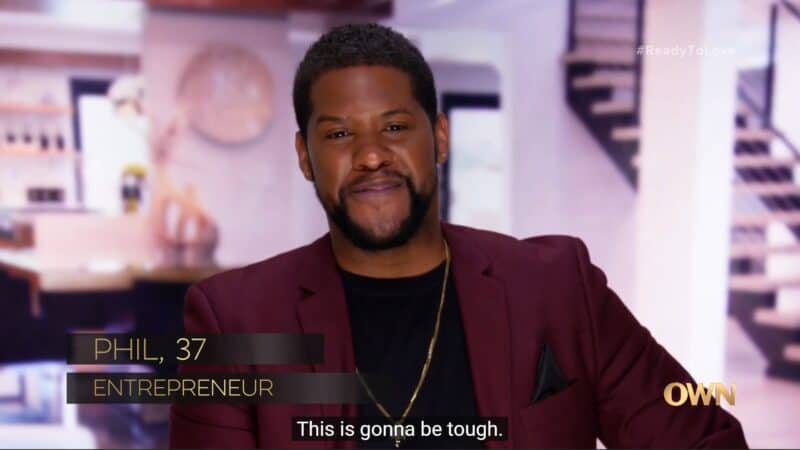 Speaking of options, the man who formerly had the most finds himself now just dealing with Shiloh and Sidney. Now, with Shiloh, there is no competition as she has come to a part in the process where she is willing to lock it down but, Phil is still swaying a bit. Though, with Sidney, he does open up about his mom and presents to her the kind of vulnerability which makes it clear Phil is nowhere near a decision. Especially since Shiloh challenges him emotionally in ways that seem to not lend his person to naturally open up.

So, getting to the eliminations, Cornelius is kicked, and Kamil goes right with him since she has 0 interest in the other men, and the feeling is mutual. Then, at the elimination, Zadia is eliminated due to lacking connections and putting her hands on Donta due to her feeling “mishandled” when it comes to learning about him and Aisha. Since, you know, some feel the process should be like a polyamorous relationship where all parties know what’s going on.

Following her, since they have no connections, Nai’im speaks to Tommy about self-eliminating and decides it is for the best. Which leaves the question of who else was up for elimination? Well, Mumen. Frank does have some connection with her, but if he lost her, it would just mean doubling down on Sidney. So with Mumen losing Walter in the last episode, he is tasked with meeting up with her, and the two try to hash out their past issues.

I’d say Mumen is very stuck in how she felt, and maybe her ego got bruised when she realized she couldn’t just interrupt the personal time Walter was having with Sabrina. But, with given another chance to stay in the process, it is full speed ahead with Frank. So, hopefully, when it comes to Sidney, she doesn’t create the same kind of drama her fellow “Brown Girls” club members brought to the show when their jealousy or insecurity started to flare up.

[…] don’t rush into anything just because somebody said the right things to you at the right time.
— Sabrina

People Not Sticking Around To See What Could Happen 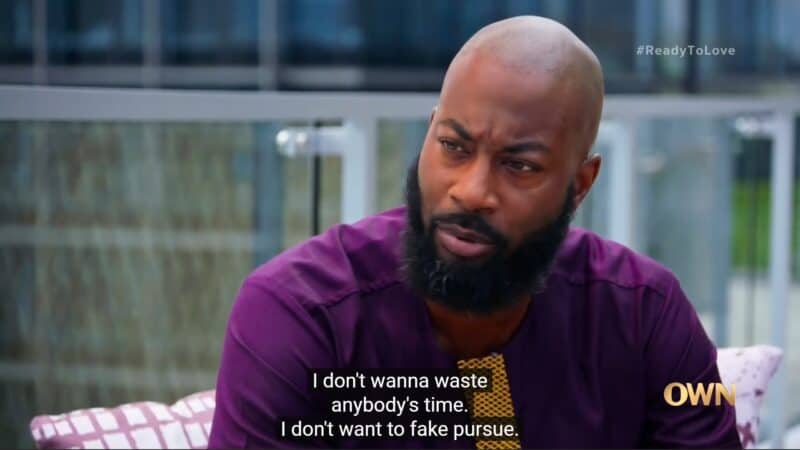 Since the first season with Stormy, cast members have tried to stick it out and have only found it a waste of their time. So I was quite glad to see Kamil and Nai’im eliminate themselves because it reminds you that while this is a dating competition, the only prize is potentially finding love.

This makes it so, there is no reason to pursue dalliances or step up when you learn you don’t have options left. And I hope in future seasons, more can realize that they can leave on their own terms rather than wait to be pushed out. If not, as shown by Zadia, be so affected by the process that it makes you act out of character.

Dating is an emotional experience, and because of that, mistakes are made. Some people say the wrong things, but others do the wrong thing, and unfortunately for Zadia, that was caught on camera. Now, I won’t excuse what she did, but I think we have to acknowledge that, as shown in the past, between being caught off guard during deliberations and knowing a camera is on you, this show can seriously mess with people’s minds.

But, at the very least, Zadia owned up to her taking things too far. She may not admit her jealousy or insecurity, but at least she acknowledged that putting her hands on Donta, even if just aggressively poking his nose, was wrong.

While You Can See Cute Couples, Long Term Potential Is Questionable

While we have a better set of finalists than before, I don’t think we’re going to see our first marriage out of the show. Sabrina and Walter are cool now, but I think that’s mainly because of the show. As Sabrina noted, none of the guys take the initiative with her, and I don’t see that changing, even with Walter. 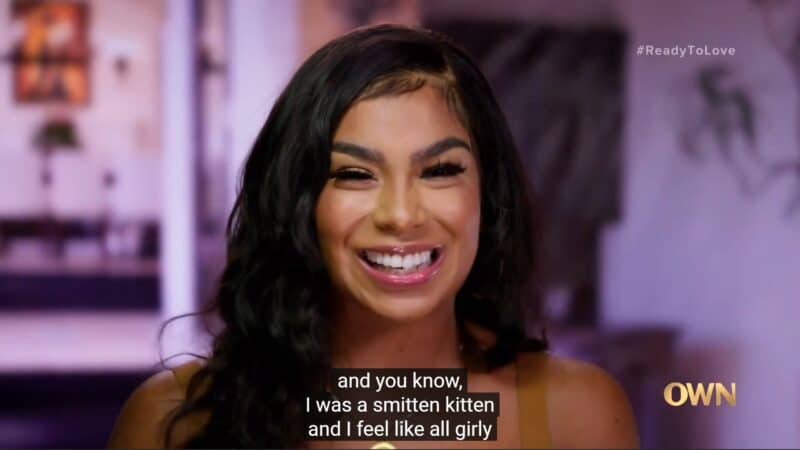 As for the rest? Though Frank and Sidney are cute, a part of me feels like Sidney is just enjoying the dating process, and while she molds well with Frank, I can see them fizzling out and becoming close but platonic friends. As for Phil? I think like Sidney, getting to date and having this many people’s attention is something he enjoys. But, even with him opening up and being vulnerable, there is this vibe that he needs a solid foundation, like a full-blown friendship, before committing, and that might be an issue. So when it comes to his final choice, it’ll be based on the show’s timeline rather than his, which could be a setup for failure.

Which leaves Aisha and Donta. Honestly, they are so new that I don’t know how to feel about them. Most of their relationship has existed on phone calls, off-camera, which could be a huge benefit for them? There was no performing or pressure, so maybe they have the most natural relationship of them all? It’s hard to say, so I won’t say they are end game or not, but they might be the most stable since neither have notable options besides each other. I mean, like Sabrina, Aisha isn’t about having more kids, so I can’t see Phil, after his confession to Sidney, being able to accept that. 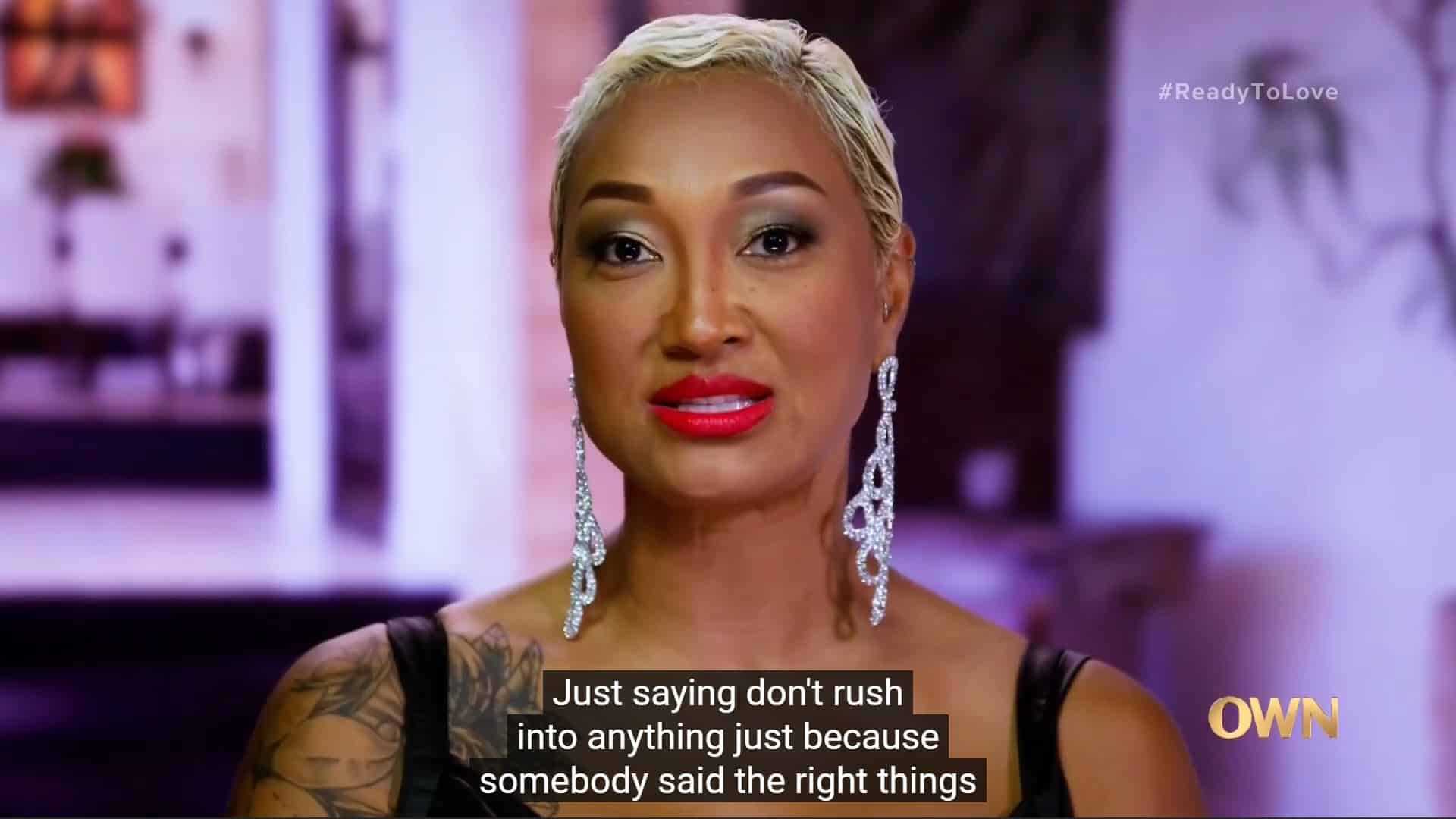 Ready To Love: Season 5/ Episode 10 “True Colors” – Recap/ Review (with Spoilers)
Trajectory: Plateau
With plenty of people being removed or removing themselves, we now only have people who have actual connections but, with so many love triangles in play, how will this all end and, will it end without additional drama?
Highlights
Acknowledging Toxic Behavior
People Not Sticking Around To See What Could Happen
Disputable
While You Can See Cute Couples, Long Term Potential Is Questionable
80
Follow Wherever I Look on Twitter and Instagram, Like us on Facebook, and Subscribe to the YouTube Channel.