The drama begins as people see confessionals and get rightfully put in the hot seat.

Like every reunion special, people who got eliminated end up together. This time around, we got Christian and Andrea, who seemed to not have much in the way of conversation for each other originally, but are hitting it off, as well as Khaleel and Ida. Now, while Christian and Andrea are cute, Ida and Khaleel seem to have problems on the horizon.

Why? For one, he wanted to hold off on going public and decided to take over that narrative during the reunion – like it was the best time. Which, if you recall, Ida already got burned when she was eliminated after many men allegedly felt up on her. So Khaleel not coming correct probably triggered some ill emotions that, sadly, don’t get brought up.

All The Drama, All The Tea – Ron, Alexis, Chris, AJ, Amber 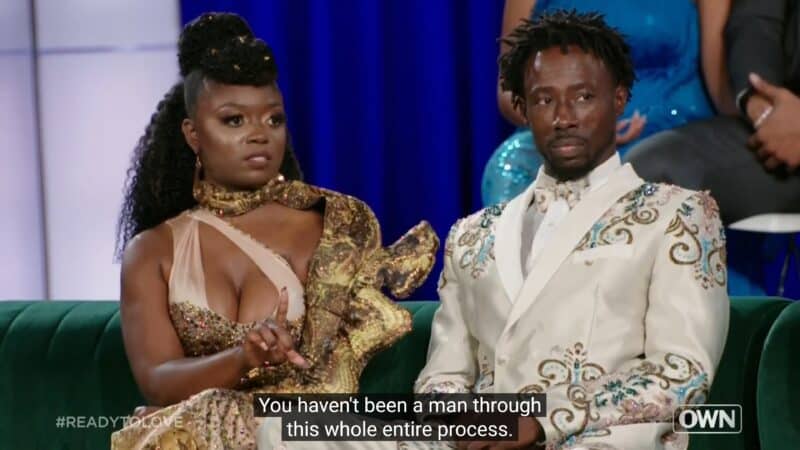 Whether on the couch or not, almost everyone agrees Ron brought in a lot of unnecessary drama. Be it how he exited, how he handled Chris or Alexis, or even trying to throw AJ under the bus, the man was petty. But, being that way is one thing when it is one on one, it is a whole other thing when Nephew Tommy is asking questions, following up on answers, and really taking you to task.

However, what doesn’t help is that, while Ron feigns taking accountability, there is a clear desire to make sure it isn’t all on him. This is a game he plays with Alexis, who is a bit too exasperated to do all the back and forth, but Amber was ready to set the record straight and show she is not one you’d want to see in court.

Now, how did she cut this man down to size? Amber confronts him about all he said with her name attached and gets him to tell the truth. Leaving him looking like an embarrassed child who got an ass whipping at school that everyone heard and then had to walk back in class.

What About Those From The Final Four? – Amber, Kris, Kyra, Alexis, AJ

Speaking of Amber, she and Kris are fine and canoodling. Consider them one of the first couples to emerge from the show, be in the final grouping, and have made it without some kind of asterisk. But, in terms of AJ and Kyra? I don’t know why, but they are considered part of the final couples, even though Kyra chose not to get into a relationship with AJ. 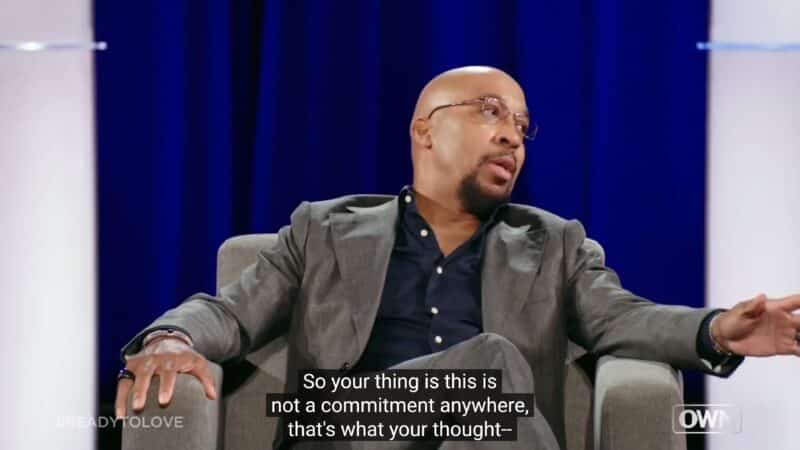 That is the reason for a post-show discussion that goes into Kyra leaving the country for two weeks, getting to know AJ better by phone, and while doing that, we learn AJ went on a date with Alexis. Which, just to clear things up, Alexis reached out to AJ for closure on her birthday, and that is what led to the date and some kissing. Also, with no commitment from Kyra, AJ saw himself as single and free to date. However, as of now? Alexis and AJ don’t talk but are cool, and as for AJ and Kyra? Honestly, it still seems like she isn’t happy she has to either go with her second choice or just get back into the dating pool.

Oh, and as for the Alexis v. Kyra stuff seen in the preview? Yeah, that doesn’t really go anywhere.

Whether the men put their foot in their mouths (Khaleel and Ron) or Kyra put in the hot seat when it was realized the issue might not be AJ, we got a nice warm-up. Ron being questioned and sliced up was probably the best part, but, I must admit, while they go off on him about what he has said, I do hope Amber mentioning what was said that nearly blew up Joel and Verneashia is addressed. Especially since they seem like they have developed problems since the finale.

Alexis’ Time On The Couch

Is it just me, or did it feel like Alexis spent an exuberant time having to explain herself, how she felt or dealing with being rejected? Granted, she was a late-game elimination and had two connections throughout the season, if we don’t count what she thought could be with Jason. But I just can’t recall, offhand, anyone who has spent that long on the couch, and it honestly seemed like she was exasperated by the time it was over.

If it is drama that you want, Ready To Love will deliver it to you. But considering we got two final couples and what the preview has shown, consider this just a warm-up.