Wherever I Look
Recaps, Reviews, and So Much More
Home TV Series Ready To Love: Season 4/ Episode 12 “I Choose You” – Recap/ Review (with Spoilers)
TV Series

It has been ten weeks since everyone first met, and now it is decision time – Who will end up in a relationship and who will have just gained experience?

Table of Contents show
1 Recap
1.1 And They (Assumingly) Lived Happily Ever After – Liz, Jason, Verneashia, Joel, Amber, Kris
1.2 But One Didn’t – Kyra, AJ
2 Review
2.1 Highlights
2.1.1 There Might Be Legit Couples Here
2.2 Trajectory: Plateau

And They (Assumingly) Lived Happily Ever After – Liz, Jason, Verneashia, Joel, Amber, Kris

For the most part, the meet the family segments go far better than meeting the exes or the friends. There aren’t any negative comments, feedback that raises red flags, or anything we saw before. Now, this isn’t to say tough questions aren’t presented. However, whether it is Liz meeting Jason’s mom or Jason meeting Liz’s siblings and momma, it’s all good. The same goes for Verneashia and Joel. Joel gets along with Verneashia’s mom, stepdad, and oldest daughter, and Verneashia gets along with his sister and niece.

The gravy train continues when it comes to Amber and Kris meeting each other’s siblings, and, even in the end, they all choose each other and become our final three.

As for Kyra and AJ? Kyra wins over AJ’s mom, and AJ wins over Kyra’s mom, but her best friend presents the idea that these two are still showing their representatives to each other. This is perhaps why Kyra ultimately chooses to pick herself over AJ. Thus leaving us with three couples, as planned and intended. 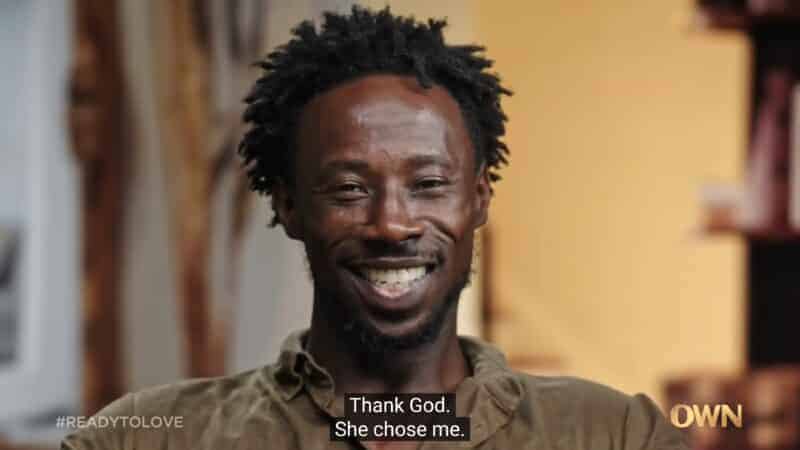 Let’s be real, Kyra and AJ’s baggage made it so that wasn’t going to happen. But with a sense of familiarity, there was a desire there to make something out of it. However, as with past instances when two people knew each other before the show, it didn’t work out, and that’s fine. AJ, to us, is ready to love, but Kyra was just ready to date and get some attention. Hence her level of indecision.

As for everyone else, I won’t pretend I think they are a little too perfect, but one of the things Ready To Love has long struggled with is having end-game couples who make it past the reunion. So really, we can’t judge who was just good at the competition aspect and who truly found love until the reunion. Which, based on most of the previews focusing on Kyra and Alexis having a spat and Ron speaking out of term, I can only assume these couples are just fine.

While we do get three stable-looking couples, we’ve been here before and learned, within a week, of an ex popping up and the relationship being over. So let’s see if Ready To Love has finally fulfilled its purpose or if it remains purely a reality tv show that is made to lessen your hope for Black love after 30.