The fellas are challenged with getting to know their second choice better to make sure they’re ready to commit to their number one, and afterwards, someone is sent home.

Both Jay and Edwin go on dates, and it just doesn’t lead to what was desired. Between Jay and Wynter, it becomes firmly clear Wynter might be his number two, but it isn’t close at all. Jay has repeatedly named Wynter as his top while he strings Wynter along. However, with him curving her on a kiss, she’s done. She knows she is being played and wasting her time.

As for Joy and Edwin? It seems we’re at the point where Joy wants to help Edwin more than love him like a partner. And while Jay tries to entertain Wynter and the idea he might have something there, Joy isn’t playing any games. You can get this hug but a kiss? No sir. Just go see a therapist like I told you.

Denice, FINALLY, gets some Khalfani time, and it leads to a nice massage that makes her feel all good. However, it doesn’t end up with anything to truly make sparks fly. In fact, it ends with Khalfani reiterating his worries about Denice’s jealousy.

Switching over to Rashid, he ends up having a rather good date with both Adriana and Alex. With his top girl, they talk, he makes her laugh, but she makes it clear that she is still very torn between him and Khalfani. All the while giggling like a high school girl unsure how she got so lucky to have all this attention. As for Alex? You know, she opens up about her domestic violence situation, and while Rashid does better than Bryan, the way things are edited makes it seem he didn’t let her talk and just wanted to make sure it wasn’t her fault. Which is admirable but also awkward since he kept repeating himself over and over.

But, at the very least, after Jay played her, Wynter gets something nice going with Anthony. They play badminton, kiss, and while it may not be like the chemistry Jay and she had, at least she feels chosen now.

This Isn’t A Game For Those Who Play Exclusivity – Alex, Denice, Khalfani, Anthony

Denice and Alex end up in the bottom two, and for Denice, it is just because Khalfani can’t get past her former jealousy. Yes, she has improved, but, he still feels uncomfortable. Then with Alex, Ready To Love isn’t made for people who latch on and don’t explore their other options. So her being exclusive to Bryan bit her in the ass. 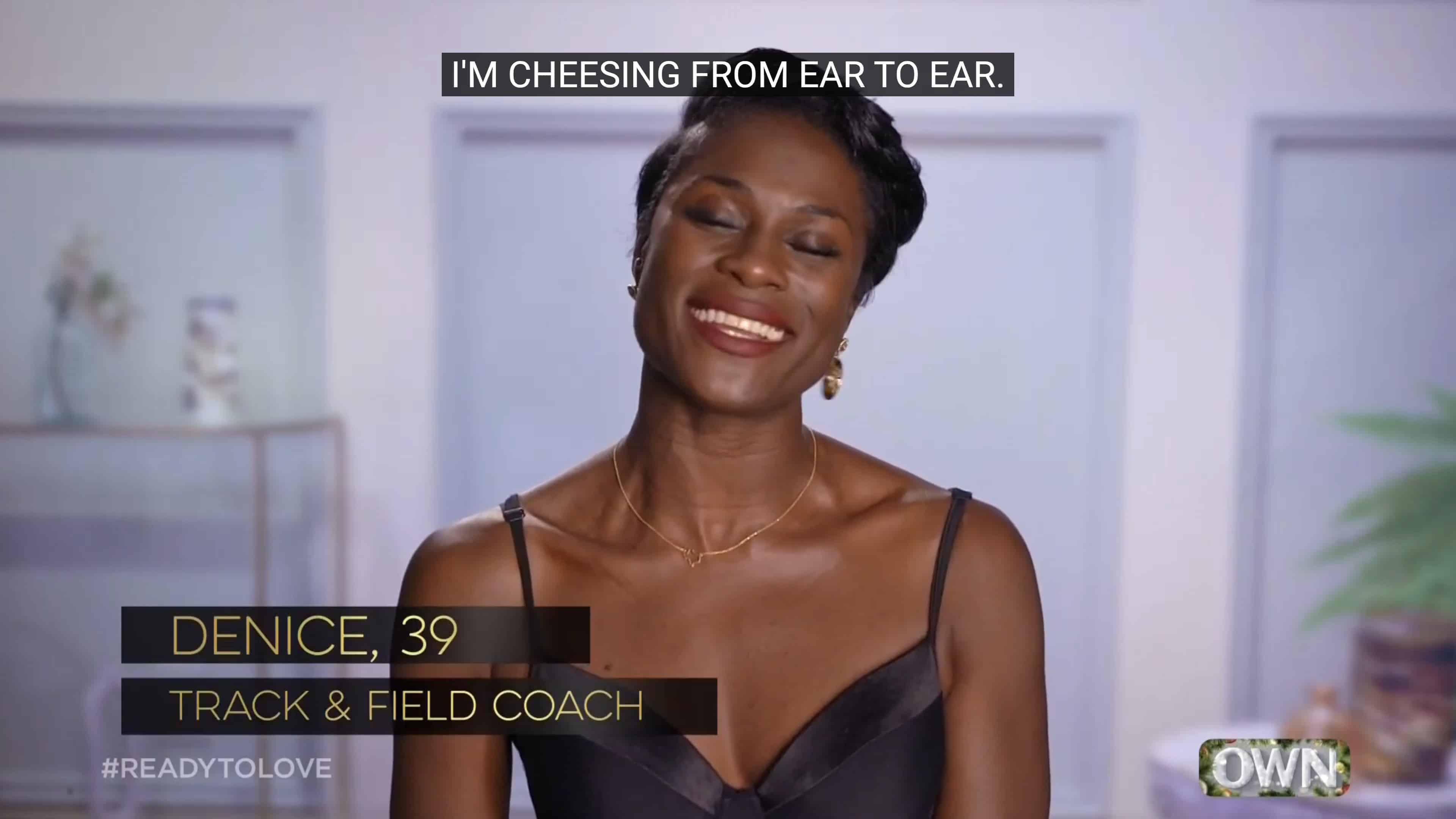 Hence why she gets sent home. Thus making Denice the reigning champ of being in the bottom multiple times yet still making it to the next round.

While a dating show, the elimination process continues to push the idea this is also a contest. One that makes it so, you got to stay available, likable, and figure who is likely to go home and thus not considered a threat. I mean, for all we see from Jay and Joy, they increasingly seem more about strategy and staying on than love.

Now, this isn’t to say Rashid isn’t looking for love, Denice, or the others. However, Ready To Love has never really been geared towards those who found their person and stuck with them. It has always been about playing the field, getting into the game, and being ready to break some hearts in the process.

Ready To Love ventures towards its final episodes without any couples that make you swoon. This leaves you to believe this will end simply because it has to and not because someone found the potential love of their life.