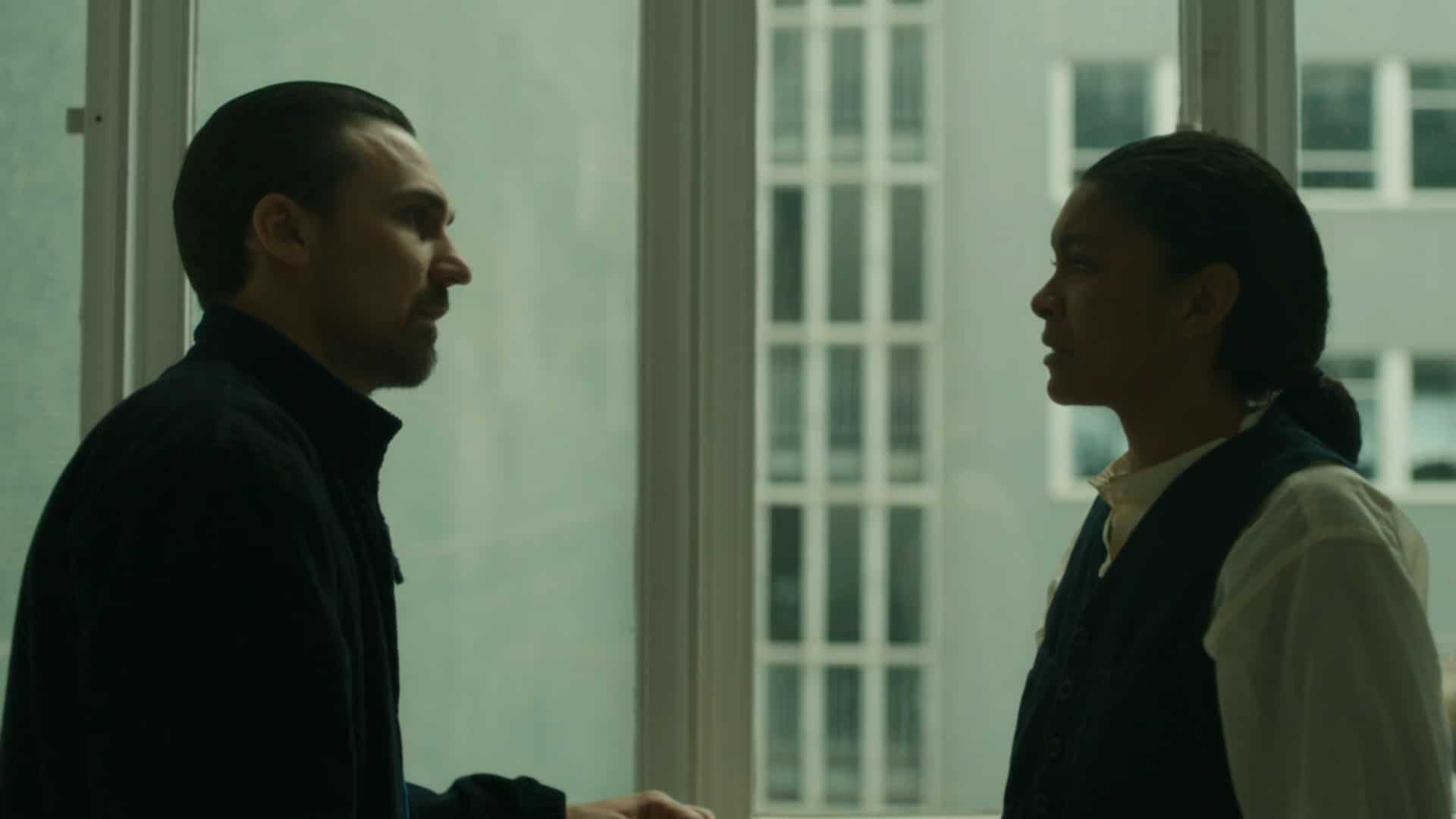 As Lake continues her struggle to fit in, an investigation begins on the second target, and a string of reveals happen, including the identity of more Ragdoll body part owners.

You Really Aren’t Trying To Make Friends, Are You? – Lake, Nathan, Emily

Things for Lake remain rough. Why? Because she doesn’t know how to read the room and refuses to acknowledge she is the weird one in any situation. So when it comes to talking to the parents of a woman who died, pressing her progressive beliefs in conversation, or even throwing Nathan under the bus, it seems she doesn’t want to make friends. Now, granted, is Lake good at her job? Well, maybe. If anything, she is committed, but because she is part of a team, coming after Nathan, even with his record, is a no-go. And while Emily remains cordial with Lake, you can tell she too grows tired of the American.

While Lake may not be making friends, she does make a breakthrough in the case, leading to the reveal of two members of the Ragdoll. One was Mark Hooper’s probation officer, who advocated for him to be in a hospital and not a jail. The second one is DI Chambers, who you know from allegedly exposing Nathan for cutting corners.

However, the truth is, Emily is the one who reported Nick – but it actually is far more complicated. You see, back in the day, Nathan was over Emily, rank wise, as her Deputy SIO (Senior Investigating Officer), and like him, she was overwhelmed by the case against Mark Hooper. So, with feeling out of her depth with the case and seeing Nathan do things that could jeopardize it, she used the one opportunity she could to feel like she was doing something that could help.

But, as she notes, this was not an easy thing to do, and thus DI Chambers took up the letter, put his name on it, and leaked it to Andrea. Here is the kicker though, this wasn’t the first or last time he would leak anything to the press. It seems DI Chambers, like Nathan, had a personal relationship with Andrea, and while for Nathan, it was mainly sex and the occasional hangout, DI Chambers was likely Andrea’s lifeline.

With this in mind, you know Lake is pissed that people celebrate DI Chambers’ life while she is on most people’s s*** list. But, for now, Emily advises her to be chill. Now, as for Emily and Nathan’s relationship after her reveal? He is strangely fine with it. He recognizes the position she was in and that he put her in that position. Also, he gets that while DI Chambers was ultimately a snake, he could survive snitching where Emily’s career likely would have been over.

And just to prove there are no issues, they hang out, drink together, and he sleeps over at her place, in a platonic manner, like nothing was said or happened.

What Did They Have On You? – Nick, Alyssa, Emily, Nathan

Nick Hooper, Mark’s younger brother, is a 26-year-old delinquent who just did an 18-month bid for intent to supply. He has made some money off of his brother’s notoriety but, overall, it seems he is very committed to being a screw-up. Yet, with Nathan being a cop and the discovery that a member of Witness Protection led to the mayor’s death, it is a race to secure Nick.

The problem is, Nick doesn’t like the police, so he doesn’t make it easy on them. However, after he has a run-in with The Faust, he comes around. In fact, he isn’t alone. In his attempt to force The Faust to speak, Nathan threatens to kill himself and rob The Faust of the ability to murder him. For doing that, he gets The Faust to speak, and they say they will kill Emily if he keeps playing with them.

But, getting back to Nick, he decides to stop running, turn himself in, and even gets a top attorney in Alyssa Airley. However, no one knew that Alyssa was sent by The Faust to kill Nick, and then she was tasked with killing herself, so thus goes the two leads Nathan and Emily could have had. Though, before her death, which really pushed the possibility of foreshadowing, Alyssa warned Emily about sticking around Nathan for, unlike him, Emily won’t get the chance to majorly screw up and make a comeback.

Sometimes it feels like only our mistakes have any consequences.
— Lake

What drives our interest in The Faust is that the show maintains an air of mystery about them. They aren’t some powerful crime lord or visible as Mark Hooper was. Rather, The Faust remains in the shadow, we don’t hear them talk much, but we see what they can do. That is the PERFECT way for the villain to be in a show like this. Formidable, mysterious, and keeping our protagonists on defense.

But, of course, it does make you wonder how they will defeat this mysterious force and whether it will ruin this build-up or not. 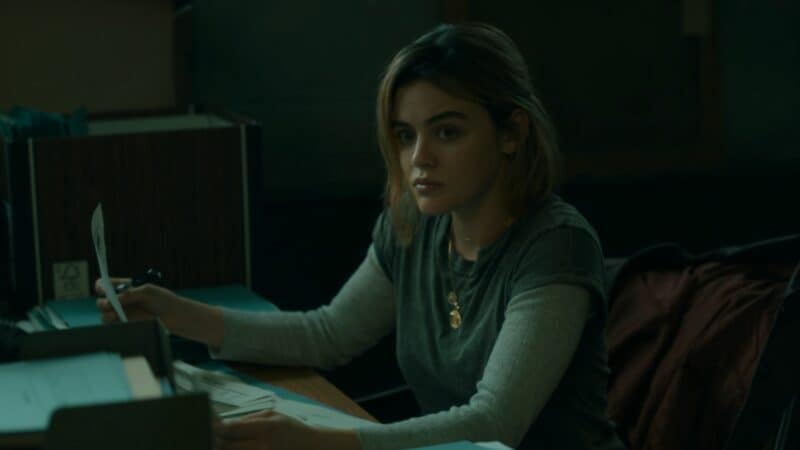 I think the beauty of their relationship is that you can’t quite pin a label on it. Is it a mentee and mentor relationship that got tarnished because of Emily’s letter? Are they like brother and sister due to trauma bonding? Could there be a crush there, but Nathan is so shell-shocked he just can’t deal with the responsibility of someone else’s emotions? It’s hard to say, but considering how quickly Nathan forgave Emily and wrote things off as DI Chambers manipulating her or him admitting he was wrong, you can tell he needs her in some way. Otherwise, he would have went off on her like he did Lake – and Emily, all things considered, did far more to him than Lake could ever.

As shown in the episode, Lake is committed and does good work. The problem is, when she isn’t on the job and is expected to socialize and show she has some form of social intelligence, she falters. Be it her needing to console a mother who just learned her child was brutalized or trying to present politics into a conversation with people who don’t appear interested in the least, she sometimes just comes off socially dumb.

Hell, add in her continuing to harp on Nathan’s mental health, as if he hasn’t been on the force for years and people would really talk about such a thing with her? I mean, it’s like she sometimes wants to ostracize herself and has 0 ability to read the room. This doesn’t make us hate her as a character, but she is written to be such an American stereotype, without nuance, that it’s hard to tell if the writers are taking a piss or not.

Ragdoll: Season 1/ Episode 2 – Recap/ Review (with Spoilers)
Trajectory: Plateau
While Lake may become the character who makes you roll your eyes when she is on screen, everything else about the show is ace. And with Lake, I feel if Emily guides her, or Lake makes a friend off the force, that could ease things. Though I'm not going to get my hopes up.
Highlights
Emily and Nathan's Relationship
The Faust
Disputable
Lake
83
Follow Wherever I Look on Twitter and Instagram, Like us on Facebook, and Subscribe to the YouTube Channel.