Queen Sugar: Season 6/ Episode 1 “If You Could Enter Their Dreaming” [Premiere] – Recap/ Review (with Spoilers)

While season 5 toned down the drama and allowed enough peace for the Bordelon family to move forward, season 6 sweeps in and brings the ails season 5 avoided.

In case you were wondering, yes, months have gone by, and Ralph Angel and Aunt Vi still aren’t on speaking terms. But, what do you expect? Those two, alongside Nova, are the most stubborn people and will hold a grudge like it is no one’s business. Which for Darla and Hollywood complicates things for they don’t have any beef. Heck, Darla, as much as she is part of what caused conflict, also doesn’t want to end up on Aunt Vi’s bad side again. Heaven knows how hard it was to turn the tide with her.

However, Hollywood is okay with getting side-eyes for calling out Aunt Vi. Granted, it may not get the relationship between Vi and Ralph Angel any closer to reconciliation, but at least someone is being told they are acting ridiculous.

I Just Want This To Be Our For A Little While Longer – Davis, Charley, Micah Dr. Stetson

Out west, David and Charley are canoodling in pseudo-secret (Aunt Vi is aware of what they are doing) and trying to see if they could start something new. After all, Davis is relatively consistent with supporting Charley. This doesn’t discount his baggage, but him being by her side as she potentially seeks political office beyond St. Jo could be of great help. 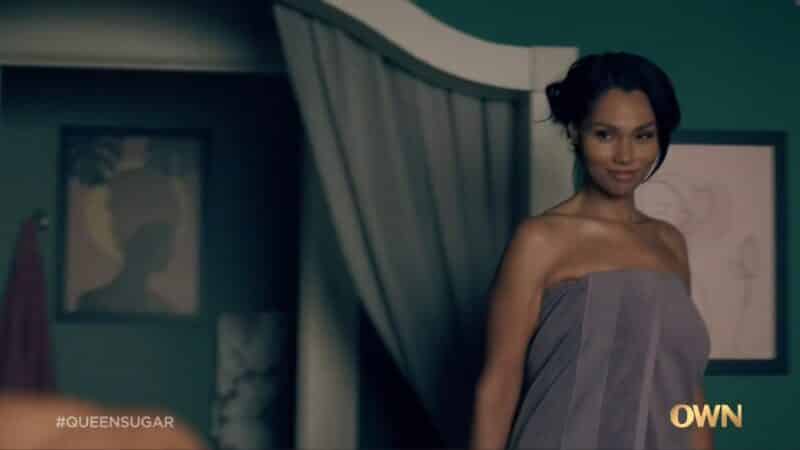 It’s hard to say, though, if Dr. Stetson could be something beyond the bedroom though.

Nova is flourishing between her Tru Papers and being able to put together a vaccine drive. However, one of the problems of getting a drive done in St. Jo is that people from other areas, communities focused on a whole lot more than St. Jo, decide to reserve opportunities to get the vaccine. This means the elderly, the front-line workers, and the Black people of St. Jo, who might have a hard time finding the vaccine elsewhere, miss their opportunity.

That becomes a notable problem as Darla notes what is going on, Prosper gets riled up, and considering Ralph Angel is dealing with debt collectors calling? Never mind talking about taking his land? The last thing he needs is a Karen type of someone with a civil war flag getting in his face.

So, in hopes they would keep the peace, Nova calls the cops, but all they do is cause more issues to retaliate against a piece Nova wrote. Ultimately leading to an altercation between the police and Prosper, which leads to Prosper falling, potentially hitting his head on concrete, and viewers wondering if the series will compensate for what we were given in season 5.

Touching On Topics That Exist Beyond The Bordelon Family

Whether it is Micah’s conversation with Dr. Stetson about Marcus Garvey, Ralph Angel noting how the USDA has unfairly treated Black farmers, or Prosper talking about how abandoned or invisible people like him felt? Season 6 came out swinging and reminded viewers that this show can be cute and have lovey-dovey couples, but it also has deep trenches. The kind that doesn’t have to be the latest drama the Bordelon family is going through, but things that are part of the big picture. 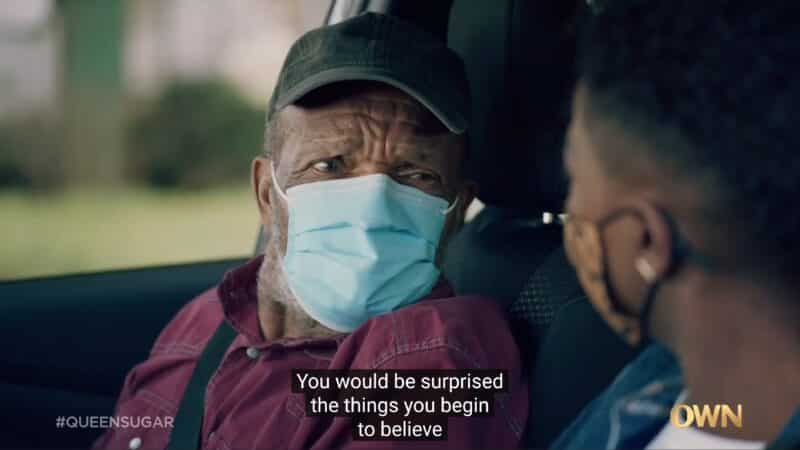 Topics that other shows, and sometimes even the news, don’t look into or cover. Yet, in this hour-long show, you are going to be reminded there is a lot of things unseen, and if you are part of that community who feels unrepresented, Queen Sugar will shine a light on you. Be it how you feel, how you think, and so much more.

I know Charley isn’t going to stay in a happy place, for Aunt Vi is already prepping for the fight she needs to have with Ralph Angel and will use Charley as a warm-up. But, until then, I’m enjoying two things. The first is seeing Charley having continued happiness and that being paired with her drive to show that her digging into politics wasn’t a grand distraction from her life.

Secondly, while I’m usually pro-having exes written off shows, Davis is making his way back. Granted, I feel like the show is avoiding the complication of the child he had out of wedlock and what’s going on in David’s life outside of Charley, but I so badly want to let that go and just enjoy the moment.

A Love/ Hate Relationship With Police

As shown in the recent season of The Chi, there is an alternative to having the police show up to create a sense of law and order. However, until you set up a community policing system and convince people to buy in, what are your options? Especially considering Nova’s situation where she had people with confederate flags, people stealing vaccine vials, Karens shouting reverse racism, and a family she knows is full of hotheads.

So, the police were a last resort, and damn if they didn’t make the situation worse, and how Nova will have to deal with the repercussion of her decision and how it may have led to Prosper’s death.

Cree Summer as Dr. Laurent appeared in season 4, episode 5, and in some ways, I feel like Micah and Dr. Stetson could be a repeat of that storyline. Granted, there is a different dynamic since it is a young man and older woman, but there is still that vulnerability there. After all, Micah just ended things with his high school sweetheart, we’re told he has friends, but with none of them becoming established characters, it’s hard to say how serious those relationships are.

So with Dr. Stetson, a part of us likes the idea of an older woman with a younger man, yet you can’t sidestep the possibility of grooming and taking advantage of Micah’s youth, even if he is older than 18. But, who knows? In time maybe the creep factor might subside, and this could be one of the relationships that keep us coming back? 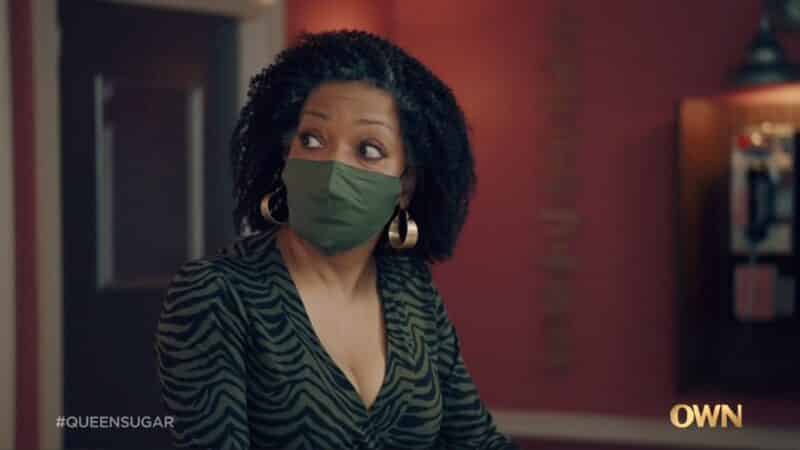 It’s very easy to develop a love/hate relationship with Aunt Vi. There is something about her stubbornness, negativity, and secrecy that makes you feel like she can’t deal with people being happy unless she had a hand in it. Add in the level of judgement she has, and it really pushes you to applaud the fact Aunt Vi isn’t some benevolent older woman who is this ethical sage, yet also feel like you wish someone would call her out beyond Hollywood’s comments. 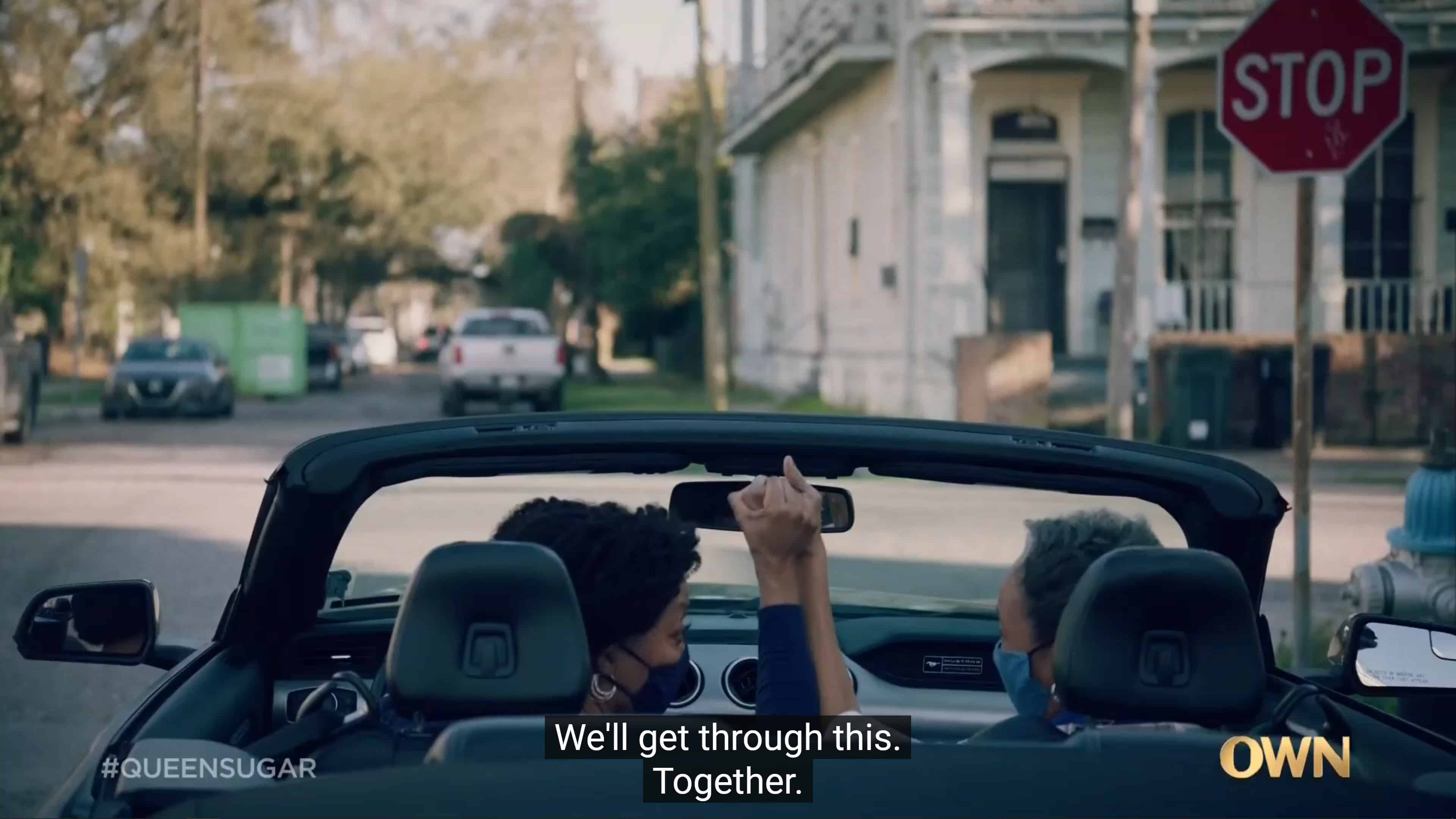 Queen Sugar: Season 6/ Episode 1 “If You Could Enter Their Dreaming” [Premiere] – Recap/ Review (with Spoilers)
Trajectory: Plateau
While I recognize there were dramatic moments in season 5, it felt like such a reprieve that going right back into feeling like we're in an ever-escalating drama feels stressful and a bit unwelcomed.
Highlights
Touching On Topics That Exist Beyond The Bordelon Family
Charley & Davis In Bliss
A Love/ Hate Relationship With Police
Disputable
Micah and Dr. Stetson
Aunt Vi
80
You Might Be Interested In