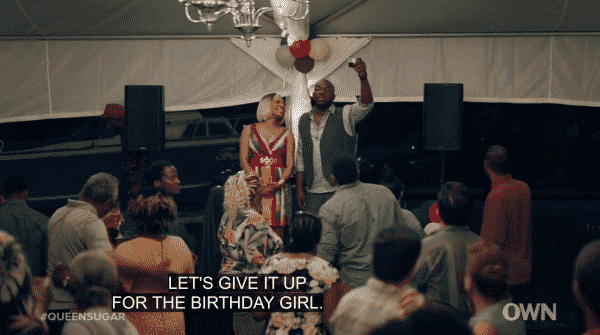 Hollywood: Let's give it up for the birthday girl!

The focus of the episode is figuring out what you want and what compromises you may have to make to get it. If not tough conversation so people understand why you want something.

What You Didn’t Know About Ernest: Prosper, Nova, Remy

In what either can be seen as a casual conversation or research for Nova’s book, we watch as she and Prosper have a chat. One which reveals he was a veteran who didn’t necessarily want to become a farmer, but after putting enough dead bodies in the ground he wanted to pull stuff out of the Earth. But that isn’t the high point of their conversation. The high point, and what seemingly will reverberate through future episodes is the pressure Ernest was under led him to thoughts of suicide.

You see, after True died and he was left to raise his kids on his own, deal with money issues, and was struggling with the farm, he had a gun out and was tempted. Luckily, he called prosper and that calmed him down. And with hearing that, Nova feels deeply affected for while she had her issues with her father, she never saw that vulnerability or weakness in him. So even as Aunt Vi’s party is going, she is stuck in this state of shock. One which, even Remy trying to flirt a bit, even after that text shutting things down, doesn’t bring her out of her. She does seem tempted, while she does dishes, but that’s a whole other problem.

What you have to admire when it comes to Nova’s character is as much as she can be annoying and unnecessarily messy, for the most part, you can source it to something. Be it being raised under Aunt Vi who had a multitude of issues, her father’s relationship to her mom, or just her direct relationship with Ernest. In this case, as seen with Too Sweet and others, Nova has often looked outside her family when it comes to digging deep. With Aunt Vi she had real conversations about how things turned out but, for the most part, she doesn’t put that same effort into Charley and Ralph Angel. Plus, in the case of Charley, their relationship is so hot and cold that there has rarely been a mutually good time for that.

Plus, with Nova not sharing any circles with her siblings, it isn’t like she can get the 411 from someone else to learn what is going on. At best, while talking to RA, something may slip about Charley and that’s about it. So when it comes to Prosper revealing this about Ernest, I think it hits in a multitude of ways. First and foremost, it reveals a side to Ernest he kept to himself. While True rejecting his proposal was a known setback and hurt, which led to Charley, outside of that Ernest kept his struggles close to the chest. Even in terms of working the farm and being a janitor. So to hear it got so hard he nearly killed himself is a serious shock.

But also, it is a bit of a wakeup call. Aunt Vi reminded Nova some episodes ago that when she is gone, they will be all they have. So imagine hearing your dad was so depressed he contemplated suicide and considering the work effort and burdens your siblings have, they may be having thoughts too. After all, stuff like suicidal thoughts and depression can be hereditary. So taking note of Charley’s very public embarrassment and RA now being a single dad, with a boy who deeply is affected by his mom just becoming stable, it perhaps put Nova on notice. That she really has to, as the oldest, maybe step it up when it comes to actively being there and available to her younger siblings. Even though, with people like Remy looming in the background, that might be tough.

Being that Darla knows what the climate will be when it comes to being around Ralph Angel’s family, she just outright avoids them. Making the fact her weekend with Blue coincides with Aunt Vi’s birthday party on a Saturday a conflict. For one, being that Vi and Darla aren’t close, she doesn’t know when the woman’s birthday is or when the party would be. So, with that in mind, she had a day planned with Blue and bought tickets. Yet, now she has to rearrange her plans because Blue not showing up would have led to more than a headache but a major problem.

Thus leading Darla to push for a schedule. Especially after seeing Ralph Angel and Trinh together, who was introduced as Ralph Angel’s “Work friend” at the party. For with him doing things with her and Blue, it really pushes the need for structure. Which isn’t something Ralph Angel really wants because he is for Darla seeing Blue whenever. Thing is though, Darla needs structure for her sobriety and whatever life she has outside of Blue, so this is what she asks and needs. 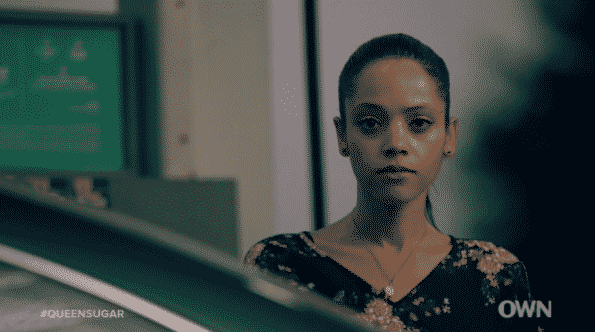 I continue to believe a custody agreement is going to come up. For even though Blue has calmed down from wanting to live with Darla, there remains an imbalance. One which is largely in Ralph Angel’s favor because Blue lives with him. So that means Darla has to work around Ralph Angel’s schedule which includes going on dates now and spending time with his family.

And speaking of “dates” what is this “work friend” stuff? At this point, you both met each other’s families and have kissed. So, who is keeping this from becoming official? What is keeping this from becoming official? Because you are in a supervisory position? If that was an issue, why would you have called what you did with Ralph Angel before a date and kiss him? Much less come to a major family event like a 60th birthday party?

With the arrival of Hollywood’s mother, Willa Mae, comes a tad bit of drama. Mostly in the form of Willa Mae’s views on his and Aunt Vi’s relationship causing some insecurity on Hollywood’s part. Yup, the guy who usually is so sure about him and Vi finds himself on the other side of questioning things. However, Willa Mae, despite maybe being Vi’s age, doesn’t pick with Vi turning 60. She does bring up children but Hollywood has seemingly made his peace with that. The bigger issue is how much she doesn’t really need Hollywood.

Which is only a problem for Hollywood because Vi isn’t into the idea of changing her last name. So, on top of not allowing him to help with her business, not allowing for a big wedding, not being allowed to really press her about Lupus either, to not at least have her change her last name makes him feel a certain type of way. Pushing the idea he isn’t needed but she replies, yeah he may not be needed but he is wanted – which should matter more.

And, in the long run, it does. For between talking to his mom and apologizing, a compromise is made. One in which a big wedding is put on the agenda since, let’s be real, Vi does like to do it big. Plus, it is the only thing which she knows Hollywood really wants that she can let go.

Considering how Hollywood talks about his upbringing with his mom, and her relationship with his father, this seems like something which should have been built up to. The parents of characters on this show coming around or being spoken to or of have generally been a big deal. Why is it for Hollywood, his mom just pops up, stirs the pot a bit, and likely will be gone as if nothing happened?

At this point, doesn’t Hollywood deserve to be more than Vi’s fiancée? To me, it seems since we met his first wife and she left, not much has come about in terms of developing this character. He is just a support system for Ralph Angel part-time and Vi full-time. Heck, he doesn’t even work now so we don’t really see him interact with anybody but those two either. Making it seem he experienced a major downgrade.

As for the relationship drama his mom started? Honestly, I’m glad he shut most of it down since they seemingly have had that conversation repeatedly and so has he and Vi. Plus, Hollywood and Vi are the one true constant baseline of this show. No matter what else happens, their relationship has remained and there is a sense of consistency in that.

Despite worries Micah may stray, the body language between him and Keke makes it seem there isn’t anything to worry about. However, outside their relationship, there is a real need to question why did Keke separate herself from Micah’s new crew? Also, when and will this crew get Micah into trouble.

FINALLY, Charley calls Romero up and they go on a date. It’s nothing special, but with Romero opening up about being a Mexican immigrant and talking about cooking for Charley on their next date, something is blooming. Also, alongside Trinh, it seems we are getting an additional dose of diversity.

She’s my soul mate. I can’t help what package it comes in or what date is stamped on it. – Hollywood