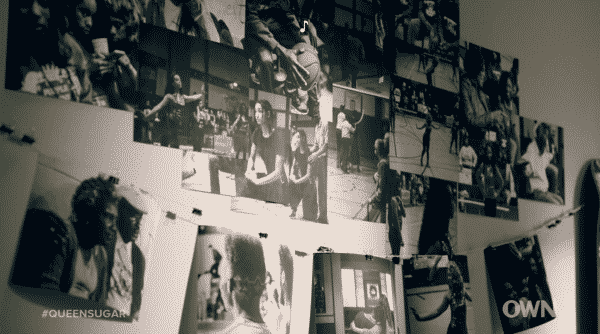 Nova and Aunt Vi find strength and inspiration through each other as Charley takes note of Micah’s personal needs than she wants for him.

Ralph Angel is struggling. Blue is acting up more and more, the house is a mess, and Blue is now even acting up in public! He even attracts the attention of a security guard. Something which Ralph Angel doesn’t need for with Mr. Jarvis talking about turning his year left on parole into 3 months? The last thing he needs is for his own son to have him sent to jail.

But to make matters a bit more interesting, Mr. Jarvis, seeing as Ralph Angel is an employer now, he is trying to see if he can provide some of his cases with work. Guys just like Ralph Angel. Something you don’t see Ralph Angel hop to the idea at all. After all, he can barely handle an 8-year-old giving him attitude, imagine dealing with someone fresh out of prison who he has to hope doesn’t have the same attitude he once had.

There has been a bit of a question that, if Darla does ask for Blue, what would Ralph Angel’s response be? Well, at this point I think he would give the boy up. If only for the sake of getting to be young and focus on himself for a little bit. Because, think about it, Ralph Angel didn’t really get his chance to be young and stable. He was young and dumb but didn’t get to really enjoy his youth before getting locked up. So being thrown into the responsibility to raise a child?

It’s one thing when Aunt Vi was helping, then Darla got involved, but that isn’t really an option now. For with Aunt Vi having her business that means she can’t babysit like she used to. Especially if Blue gets into things with her because then it would mess with her money. And I don’t think her assistant Rhonda is really trying to babysit.

However, with Darla, if Blue went with her, her mom seems to be a housewife so I’m sure she’d enjoy the company. Also, the ability to have a “do-over” in terms of raising a kid. For isn’t that the experience a lot of grandparents push? The ability to, knowing what they know now, kind of makeup for how they raised the parent by being a good grandparent? Plus, while DC and Louisiana aren’t next door, it is just a few hours away so holidays and maybe a weekend a month isn’t impossible.

Leading to this whole ex-con thing. I don’t think Ralph Angel is ready or willing for that. In fact, something in my mind thinks he has a stigma about the people who he shares an unwanted title with. Which you can’t blame him for even if the people Mr. Jarvis plans to push are non-violent. Because, who is to say they won’t bring trouble to the farm? Maybe plant something, sell something, use his place to make arrangements, and things like that? All that means is trouble for Ralph Angel and no amount of assurance can be insurance for if cops come onto the property.

For The First Time In My Life, I Feel Like I Didn’t Have To Justify My Presence: Micah, Charley

As Charley makes headway with digging into the Landry business, like learning they have been in debt for two years, she is also working on Jacob a bit. Someone who clearly has affections for Charley but the feeling isn’t mutual – even if he is less of an ass but just as much of a creep as the rest of the family. For maintaining things with him is just a ends to a means so that Vicky, who is looking into Landry’s business, can do her thing.

But, professional life aside, as usual, it is Charley’s personal life which comes with the real challenges. Primarily with Micah who wants to go to public school. An argument he first presents as a means to compete better in college but this just makes Charley roll her eyes. However, when he talks about a sense of belonging and not having to justify his presence? While the argument may not be logical it is deeply personal and hits Charley hard. After all, with being bi-racial, and considering the family dynamic, she never had a strong sense of belonging anywhere.

So, to give her child what she didn’t have, she decides to allow him to go to public school for now.

One of the benefits of watching a show since the beginning is really feeling like you have a grasp on why certain people do certain things. Such as, why would Charley, someone who is quite bougie, ever let her son go to public school? Especially with his only good argument would be a sense of belonging? Well, it is because, between being bi-racial, and raised primarily by her white mom, combined with how Nova treated her as a child, she never got that sense of belonging Micah can have access to.

And you know, if there is one thing, at this point of Charley’s life, she wants for herself and Micah, it is their blackness not being an excuse or something to hold them back. Just a culture they relish in. Hence why, in her own way, she is presenting her own #BlackLivesMatter protest by exposing that officer. For while Charley isn’t the march and protest type, she is the type who has the money to fuel protestors and allow them to do the front facing work.

Oh, and speaking of front facing, Remy calls Charley out for being the face of Queen Sugar while working with the Landrys. Something which, with there so many better things going on, like a possible new love interest, seems barely worth mentioning. For really, if Charley isn’t focused on Remy, and we aren’t at the mill, who gives a damn about Remy?

Nova’s article on the Black Lives Matter protest at a local basketball game not only is placed somewhere not to be seen, but also is not in her exact words. Which of course upsets her and makes it so she has questions for her boss. Of which the answers are, we need money and your articles bring praise but no cash. So, taking a step back, Nova reevaluates her relationship with the paper. For with a six-figure book deal, so comes the question if she really needs them anymore?

Leading to her calling in her sister circle, aka the character we see maybe 2 – 3 times a season, for some advice. Of which, there are mixed results. Primarily since they look at Nova needing steady pay and cast some shadow of a doubt. Just because, who knows how well that book could do really?

Luckily though, what the sister circle doesn’t provide Aunt Vi does by showing her own life off. No more High Yellow, all pies and while it is hard work and stressful, it is also fulfilling. Especially since her pies are a hit and they want more. I’m talking double the order and a 25% royalty to sweeten the deal. Leading to Aunt Vi to go into overtime, with her girl Rhonda, to the point her over kicks it. Thus forcing her to scramble but end up at Ms. Effie’s face. Someone who Vi does not like but has to play nice with. If only because she won’t let Hollywood just buy her an over or something like that.

But, despite some concessions made, she gets the job done. But, with her pies ending up on the side somewhere and not fancily displayed. Thus leading to quite a bit of embarrassment and a small breakdown. Just because she did the work so she wanted to see the benefits. Yet, be it the store clerks or the manager, for some reason her boxes were put aside in a way you know no one would put even the most generic brand of food.

However, with her family, things are put where they belong and while all isn’t right, it is better than it was.

Why does Nova feel like such a hot and cold character? Someone who could really have compelling storylines, one of the few which don’t deal with the state of their relationship, yet she ends up just attaching herself to someone else’s drama and becoming a supporting character? I ask this because Rutina Wesley is the main one who does press yet, her storylines aren’t the ones which you latch onto.

Something I can see happening again for as interesting as it could be her going on her own, really pursuing activism as a career and not just a title she brings to the table, that could be interesting. Especially in a compare and contrast way when it comes to Charley. For Nova’s way of protesting is from the outside trying to influence what is going on within. Meanwhile, Charley has worked her way inside the machine in order to find a way to dismantle it. Perhaps leading to some interesting insight and criticism for both sides.

As for Aunt Vi? Like Nova, her storylines veer from being strongly personal to supporting someone else’s. Such as her part in Charley’s storyline for a good portion of season 2 or part of Ralph Angel, Blue, and Darla’s. Yet, she too could have a true breakout season if things keep up. Being a woman of a certain age with a new business, soon to be husband, and also health issues, Aunt Vi is a character rarely, if ever seen.

I mean, taking note of Jane Fonda, Glenn Close, and other white actresses up there in age, we increasingly get to see them in movies and have the occasional television role – starring mind you. However, as for those Aunt Vi’s age and above? You may on occasion see Cicely Tyson, Margaret Avery, and of course, Jenifer Lewis plays everyone’s mother but they don’t get the same opportunity.

Which is what makes Aunt Vi’s storyline as the matriarch and having a life both as head of the family and as her own person interesting. For, let’s be real, she isn’t going to drop her duties as surrogate mom just because she is running a business and soon to be married. Yet, seeing a woman her age, her color, in media, in that position is so rare that you can’t help but latch to see what comes of it.

After all, as noted in the praise breaks the show has for itself, Vi gives hope and representation. Heck, she might even be breaking ground, depending how you look at it.

“For the first time in my life, I feel like I didn’t have to justify my presence.”

“I will not be sidelined, sidetracked, or sidestepped. Or put in a damn corner and told to wait my turn. Not another day.”