As Uncle Clifford’s financial woes become more evident, we learn more about Andre and how Hailey could manipulate him.

While P-Valley, The Pynk in particular, is the main focus, the community itself is the town of Chucalissa. A place ran by Mayor Ruffin, who we’re told is definitely not a reformer but more so someone who lavishes in what a person can get away with in a small town. Something Uncle Clifford knows all too well since their business, especially selling liquor, is enabled thanks to the mayor and sheriff turning their heads.

But, as more and more laws are passed, and the sanctions and citations build-up, Uncle Clifford may find themselves forced to enable the mayor’s power and sway to keep things going.

Mercedes is counting down the weeks and days until she leaves The Pynk and can focus on her dance studio. Especially since, training the girls in public, it means the occasional man reminding everyone she is a stripper. To which, to the community’s credit, it seems the parents, even the mothers, don’t mind. 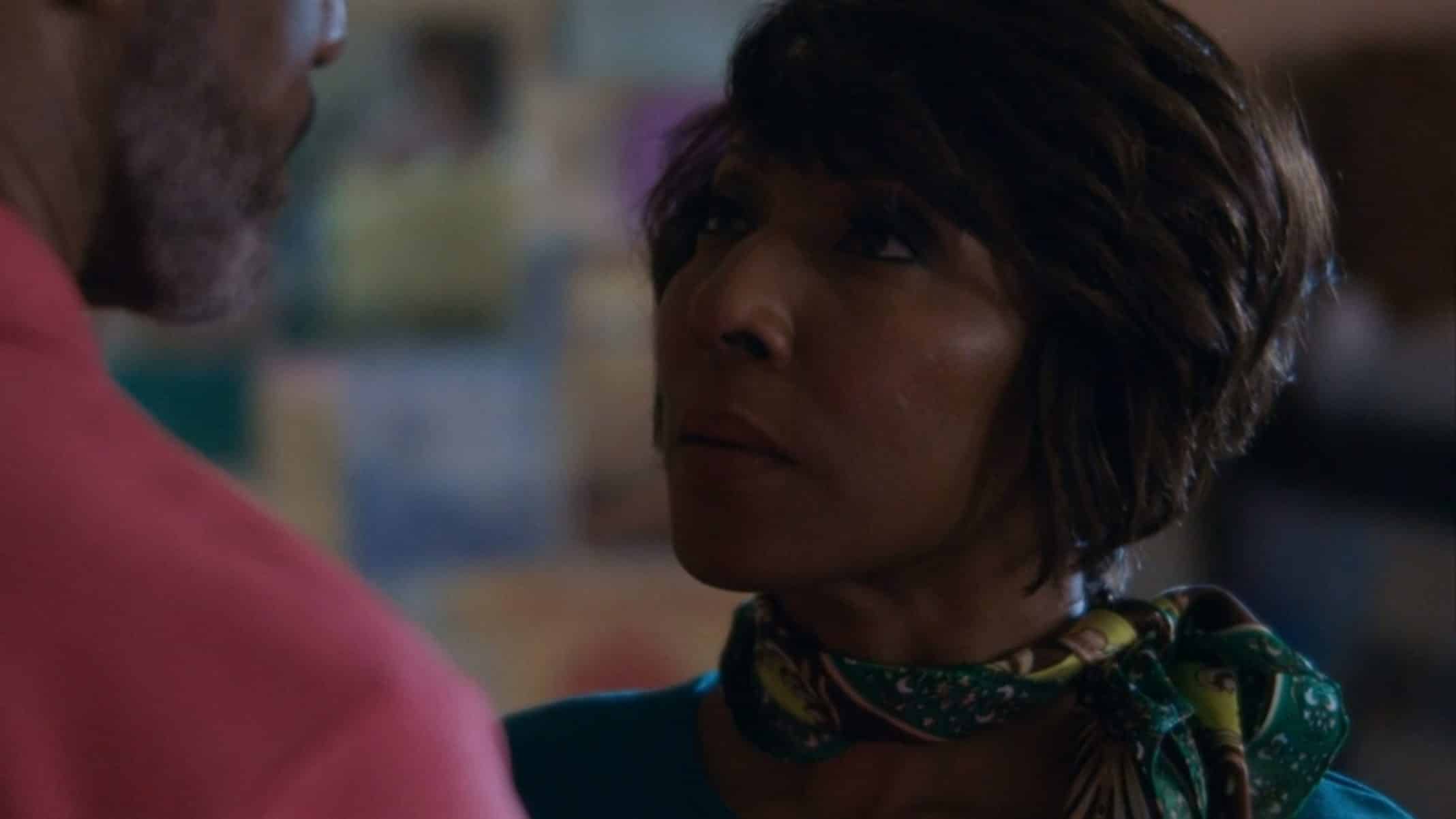 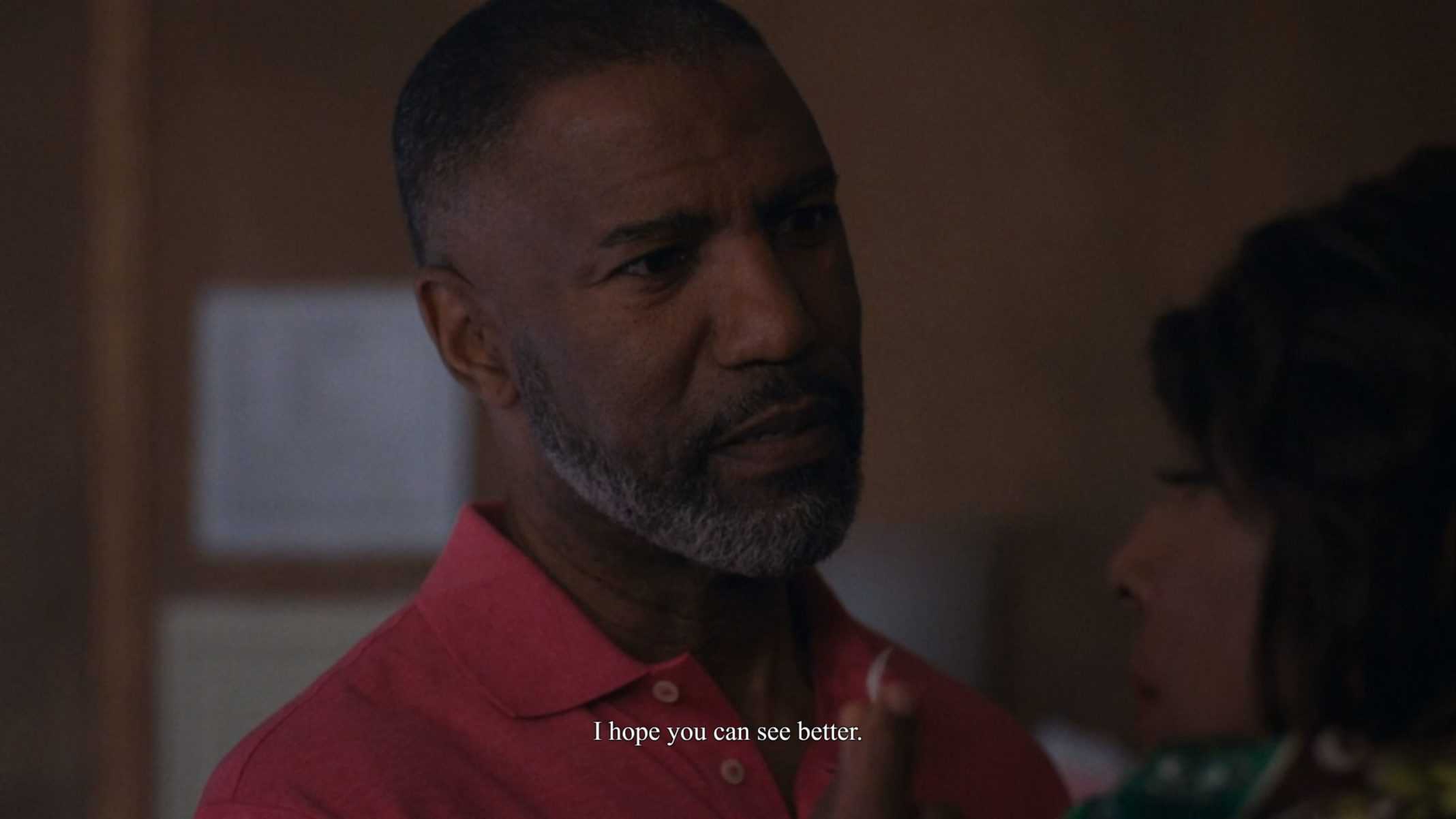 However, it is hard to leave people who got you where you are. Uncle Clifford, who is in over $55,000 in debt, Mercedes don’t want to leave the man who made her dreams possible in a bad position. Yet, what can she do? The church fund that Patrice is handling, Mercedes maybe put $20,000 into that? Add in the possibly corrupt Pastor Gilfield is asking for more and, you can see getting her money might be an issue.

Yet, when has it ever been easy to leave the hood without leaving some people upset and feeling abandoned?

Big L, Uncle Clifford’s money man, like many girls in The Pynk, he relies on Uncle Clifford to handle things since there isn’t much work out there. As we’ve seen, many places are boarded up, shut down, and while things might be cheaper out there, imagine going from making a stack a night to making that maybe in two weeks, perhaps a month depending on your hours? So, the pressure is on. 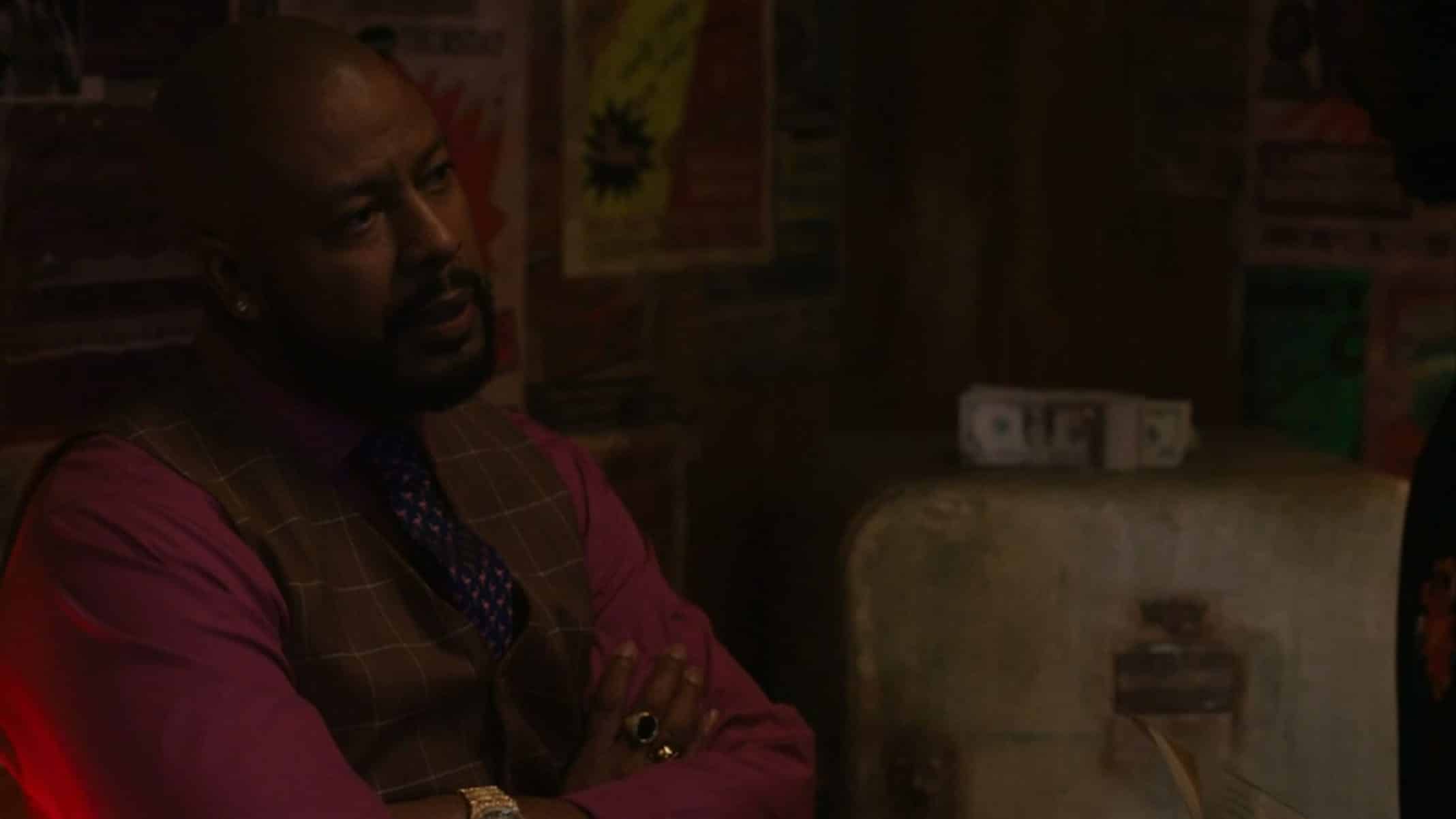 Which, for Uncle Clifford, makes Hailey useful. You see, with Hailey committing fraud and using fake IDs, this leaves her vulnerable. Add in Andre, who seemingly has a girl, maybe even wife, taking a liking to her, this makes her extremely valuable.

Why? Well, Andre is trying to work out a deal with Pynk frequent Corbin, alongside Corbin’s half brothers. You see, to make a long story short, Corbin was born out of wedlock but reaped the benefits when his brothers’ parents died. So, with them wanting to sell their land, through Andre, for $6 million, and Corbin talking about leasing it to keep the land and make more, his brothers are angry at him for holding things up.

So it was assumed Andre could talk him into it, but Corbin isn’t dumb. Also, Hailey isn’t either for repeating what she heard does get Uncle Clifford off her back about her ID. Though it also leads her to borderline being pimped out for information. But, luckily for Uncle Clifford, Hailey likes Andre, and with them both exposing their scars to one another, there is a certain level of trust there. The kind Hailey is more than willing to take advantage of.

Ain’t nothing necessary, till it is.
— Andre

Let that stage be your stepping stone, not your tombstone.
— Mercedes and Uncle Clifford

You never know when you got to turn a window into a door.
— Uncle Clifford

It’s always more interesting to watch someone fall from grace than be at rock bottom and struggle to even stand. Even in the case of Mercedes, as much as you have to appreciate her saving up her money to go legit and do something she truly loves, she has the kind of story that needs to be the primary focus and not a shared focus. For when you add in Hailey and the rest of the girls, it makes Mercedes’ storyline less unique and interesting, and but one of many. Even with her on a different and more productive path.

With Andre, however, with him being in real estate, key to a shift in the city, and weak to Hailey, everything is there to see a man who appeared to have morals fall from grace. Which is always fun to watch since so many people are usually involved with someone’s downfall. Just in Andre’s situation, you have Hailey, who may just want a good man, and then Uncle Clifford, who needs leverage for they are in a vulnerable position. Add in Corbin, his brothers, and likely the mayor’s involvement, and you got a nice thing going. 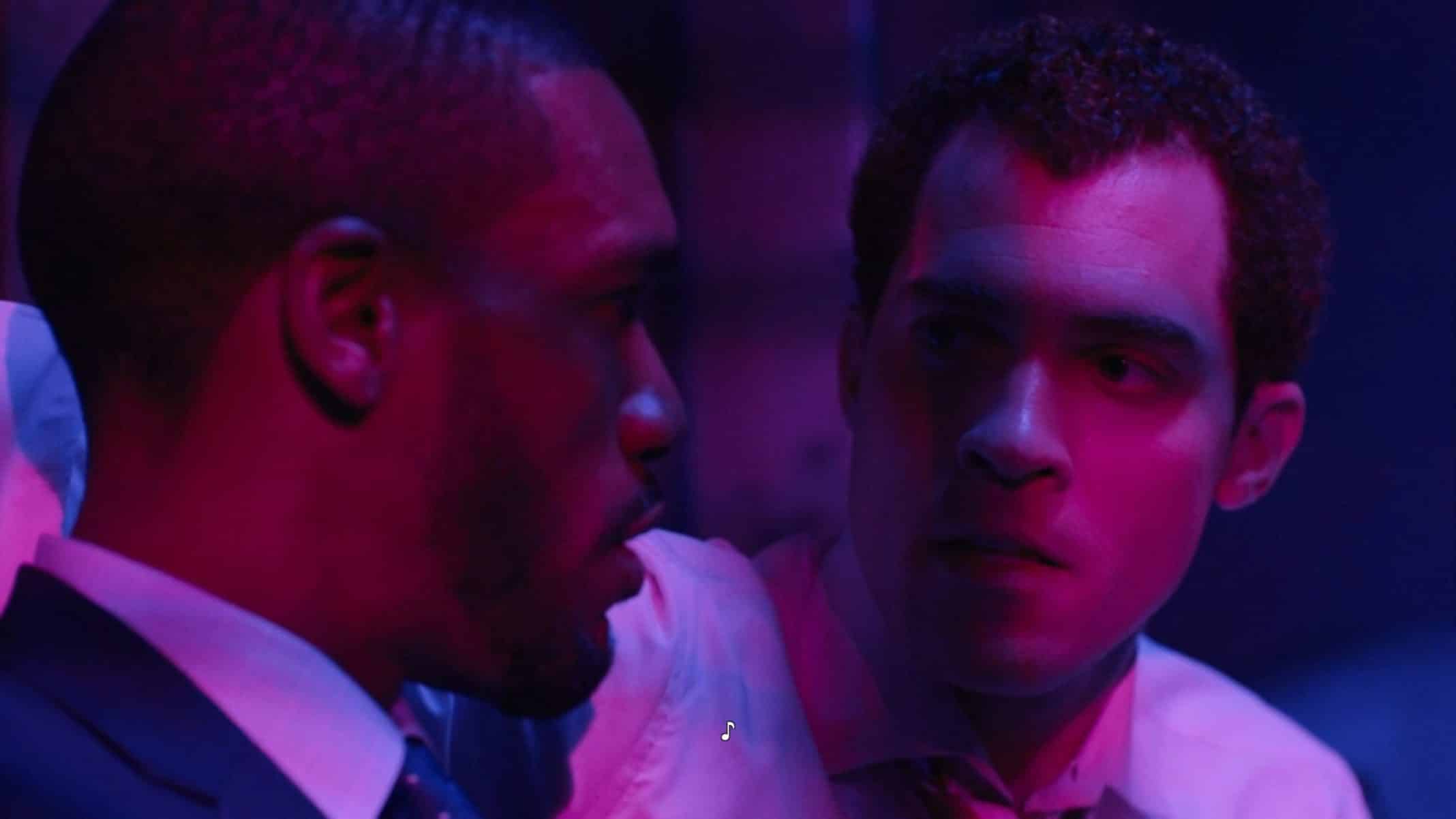 So, in terms of Uncle Clifford, what better way to get the heel up than take advantage of a girl who has nothing? Heck, maybe make some money off her beyond her taking her clothes off? Is it right? No. However, can’t be no shame in the game if you want to remain a player.

With that said, I truly do love and value Uncle Clifford and Mercedes’ relationship. While it isn’t clear what family title Uncle Clifford fits in Mercedes’ life, you can see she does care for him in ways that go beyond her mother Patrice. Also, being that Uncle Clifford is cool with babies, but likely don’t want one, taking care of these girls is probably the closest thing they’ll come to raising kids. So that dynamic really presents us with one of the long-lasting hooks for this show. Especially since you know there will come a time when Mercedes won’t be able to mess with Uncle Clifford anymore. Be it because of business, a sense of betrayal, or outgrowing her need for him and feeling shackled by what once was seen as a opportunity.

I won’t pretend there wasn’t a worry this could become just a show that had ass, titties, and paltry storylines in-between. After all, sex and quality storylines don’t often play well together. As noted previously, one usually compensates for the other, and there rarely is a balance. This isn’t to say “P-Valley” has found it, but there seems to be a goal of working towards that.

I won't pretend there wasn't a worry this could become just a show that had ass, titties, and paltry storylines in-between. After all, sex and quality storylines don't often play well together. As noted previously, one usually compensates for the other, and there rarely is a balance. This isn't to say "P-Valley" has found it, but there seems to be a goal of working towards that.