Wherever I Look
Recaps, Reviews, and So Much More
Home TV Series Our Kind of People: Season 1/ Episode 6 “For Colored Boys” – Recap/ Review (with Spoilers)
TV Series

Our Kind of People: Season 1/ Episode 6 “For Colored Boys” – Recap/ Review (with Spoilers)

After a lengthy break, Our Kind of People is back, and currently, it is back to speedy internal apologies to allow for outside family betrayals.

Both Leah and Lauren make peace with the Vaughn family. Lauren apologizes and shows no sign of trying to get back at her cousin, and Nikki too apologizes for the whole Taylor situation. Mind you, it is still awkward, especially when Lauren is allowed to participate and Taylor escorts Nikki. However, it seems the girls are minimizing any drama and are trying to be mature.

Which, considering their moms are doing the same, it makes sense. Angela and Leah are back on talking terms, and with Alex’s arrival, you can see that Angela is already taking Leah’s side without any agenda.

So, what’s the tea on Alex? Well, she is Raymond’s ex who was married to for less than a year. Now, why did their relationship end? Well, it is because Olivia paid her off, and between her and Teddy, they threatened to have Alex’s fishery parents deported. So, she didn’t have a choice but to leave a “Dear John” letter and leave.

But, she clarifies when she reveals all this to Raymond that she hasn’t cashed the check Olivia had and all of this that happened, it was just Olivia’s way of making sure her family and Teddy’s merged. Though, the kicker here is, Leah didn’t know that Alex dumped Raymond or the circumstances around it. All she knew was Raymond chose her, and she thought she was chosen over Alex. However, the story is set straight, and learning she was basically a rebound doesn’t settle right in her spirit.

Letters To and From The Father – Teddy, Angela, Nikki, Nate, Tyrique, Angela, Raymond

However, for most of the episode, Leah just isn’t in a good place with the men in her life. Raymond tries to be reassuring about Alex but only digs himself in deeper and deeper. Then, with Teddy? Oh, he decides to make a grand gesture at the cotillion. Mind you, not towards Leah, who is organizing and hosting it for the first time. No, it is towards apologizing to Angela.

Now, truly showing she has matured, she doesn’t take out on Angela their father’s disrespect. No, Leah causes a minor scene on her way out. As for how Angela reacts? Honestly, while she appreciates what Teddy is trying to do, she is uncomfortable. She even expresses this to Leah. But it seems with Teddy knowing Tyrique is with Angela, he has to change tactics.

Hence him trying to get multiple wins by getting Nate out of prison. In his mind, it is good PR, can lead to Angela breaking up with Tyrique, thus Teddy gets his soldier back, and there are no negatives here. At least, that’s what he thought. Because Angela has lied to Nikki her whole life, revealing her father is alive, just has been in jail, is not something she just wants to spring on her kid.

Yet, Teddy has the wheels set in motion, and Nate shows up at Teddy’s house and later comes face to face with Nikki at the hospital. Oh, why at the hospital? Well, it’s a bi of a roundabout journey to that answer. You see, while Tyrique skips the cotillion, he reads Louis’s journals and concludes that the story of what he was told was a lie. This leads to a little confusion since at least two, maybe three versions of how Tyrique’s father, Calvin, died are now in circulation.

The first one, which was the short version audiences were told, was that Calvin took a bullet for Teddy, which made it seem like he did it while Teddy was out and about. However, now the story gets fleshed out, and we’re told Calvin was collecting rents, and when posting an eviction notice, he was shot. That was the official story until now, and Teddy says it was due to insurance purposes. The actual truth, according to Teddy, before he has a heart attack, is Calvin killed himself. And no sooner than this is revealed, and Tyrique tries to ask questions, Teddy is down on the ground, Nate shows up, and those two get Teddy to the hospital where everyone convenes.

I’d rather break a nail than be broken.
— Lauren

Olivia feels underused. As an orator and general performer, I get Joe Morton has a certain style we’re all used to and is fun to see, but are we really going to downplay Olivia’s actions rivaling Teddy’s? She ended her son’s marriage, seems to have more influence on Leah than Teddy does at times, and all while barely being around.

Plus, considering she went from trying to unite her family and Teddy’s to now being more than willing to watch Teddy fall for the sake of her son and his company? I feel like she should be included more in the drama, don’t you? Not just in the form of making Alex’s life hell, but she seems overdue to butt heads with Teddy. Mind you, not in a way to allow Teddy to see Olivia as emasculating her son, but at least enough to show they might be cordial in public, but she’d stab him in private if given the chance.

It is jarring when you come from nothing and find yourself with a mentor or someone who can provide you access in a way you thought people only got on TV. So for Angela to struggle with this privilege, even if, under different circumstances, she’d be born into it, is appreciated. After all, she has lived the life of hustling and sacrifice, so now a simple ask, a passing thought allows a man like Nate to just get out of prison? A Black man, who was at the wrong place at the wrong time, yet was doing something criminal, to get out within a week or so? To suddenly have that kind of influence and power is going to be something to watch out for. Mainly in terms of whether Angela ever gets swayed to use this power, especially for selfish reasons.

Back To The Quick Forgiveness Pace

With it being so many weeks since the last episode, I can’t recall offhand where we were with everything. However, between Angela and Leah on talking terms, with Angela opening up and Leah being receptive, to Lauren deciding to apologize to Nikki, despite all we’ve seen from her? We’re left questioning how long the peace will last until a new blow-up happens – probably because of Teddy. 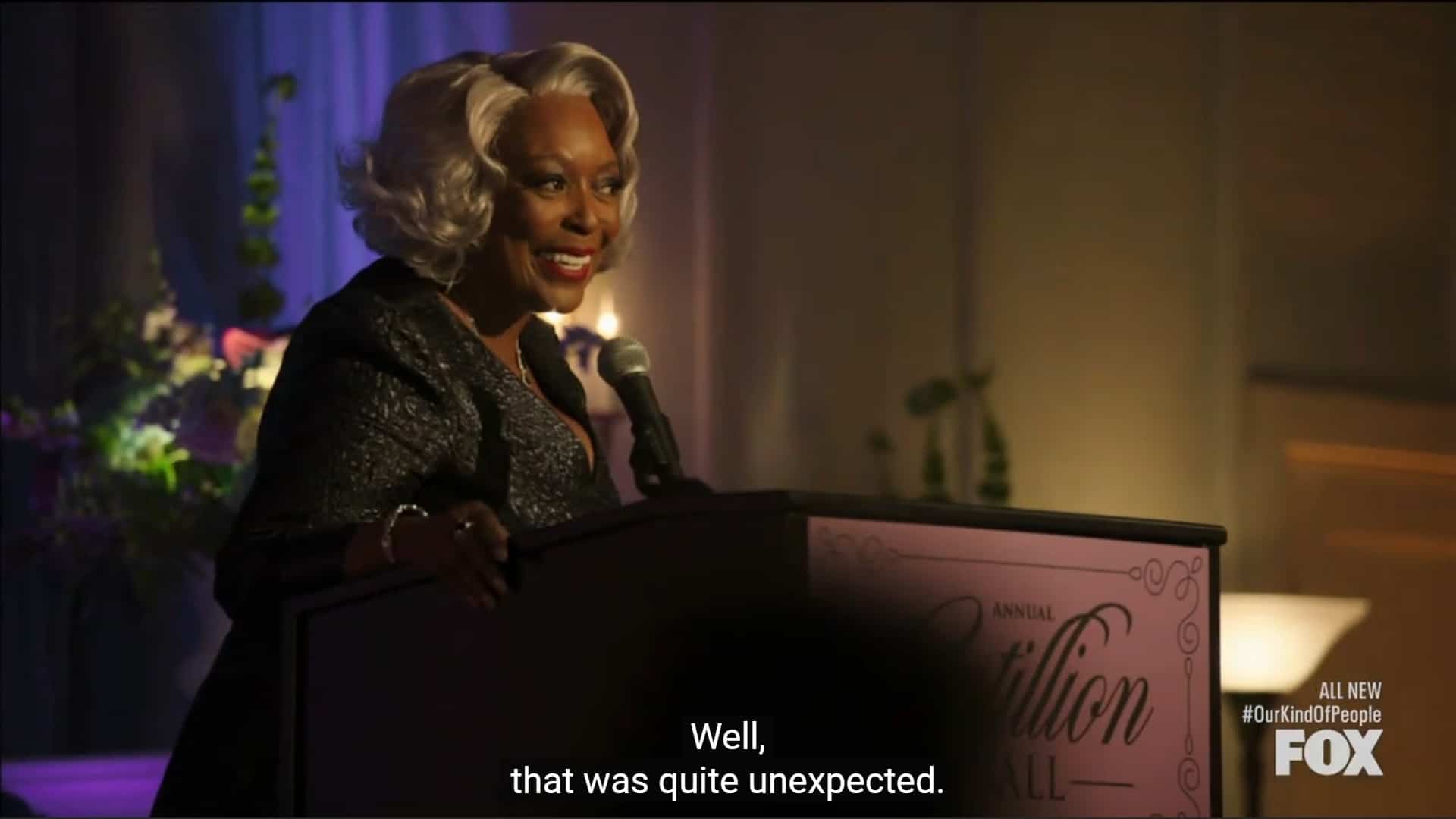 Our Kind of People: Season 1/ Episode 6 “For Colored Boys” – Recap/ Review (with Spoilers)
Trajectory: Plateau
With FOX not extending Our Kind Of People to a full series order, things are looking grim. But, considering its inconsistency and maybe not utilizing some of its characters as it should, it would be a shame if it ends. Mainly due to being unable to course correct and live up to its potential in a second season.
Highlights
Olivia
The Guilt Of Access & Success
Disputable
Back To The Quick Forgiveness Pace, For Some
81