As we come towards the end of the season, it starts to lose its pep as we get used to its formula.

Can you believe, since 2001, Penelope has been struggling to find parking in their area when, all this time, she had a garage? A garage Penelope only finds out about because Schneider let it slip. Showing you to always read your lease and find out about all the things you get with the rent. But, this discovery, while a blessing for Penelope, isn’t one for Lydia. She pretty much packed the majority of her memories into that garage.

Of which, once Lydia hears them, so comes the problem of what to do. She is tired of being attacked by geese but to get rid of the broken umbrella in which Lydia told Berto she was pregnant? The magazines she held onto because, when she came to America, they were the only things she could read, how can you get rid of that?

Well, luckily for them, while Elena may not be a pro in social niceties, her talents as a handy ma’am continue to grow. Hence how she ends up making enough shelves to put all of Lydia’s stuff away and be able to finally fit Penelope’s mid-sized car in her garage.

Sort of Filler, Sort of Not 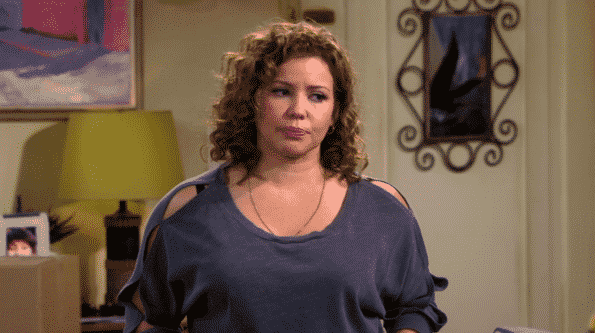 Recognizing that One Day At A Time still doesn’t really have a mainstream peer, there is this desire to only say positive things. Sort of like how, for Black culture, there is this guard up for Black Panther

so that more productions like that can be made. Yet, at episode 10, I can’t wait for this season to be over. If not, at least for the show to shake things up a bit.

Mostly because, once you get used to this show’s formula of being largely comedic then being slapped with a dramatic performance, followed by comic relief, it sort of weakens both sides. The jokes don’t hit as hard and when the dramatic moments come, at best they are like Penelope’s depression storyline or else they are like Lydia’s when it comes to hoarding. Do you understand her point? Yes. Yet, at the same time, you ever feel like a performance was more of a push for awards than to represent the pain and life of a character? To me, when Lydia was going over the umbrella story, that is the vibe I got.